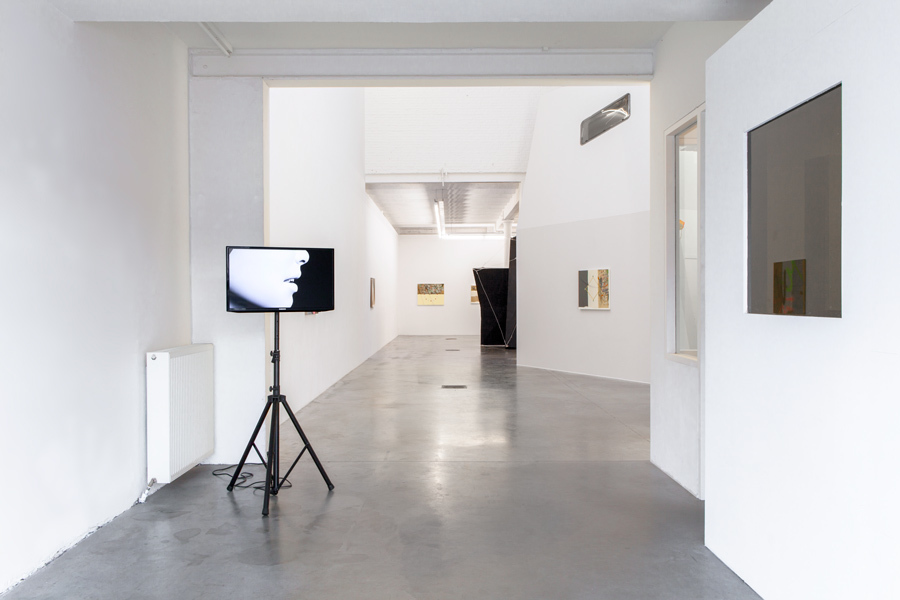 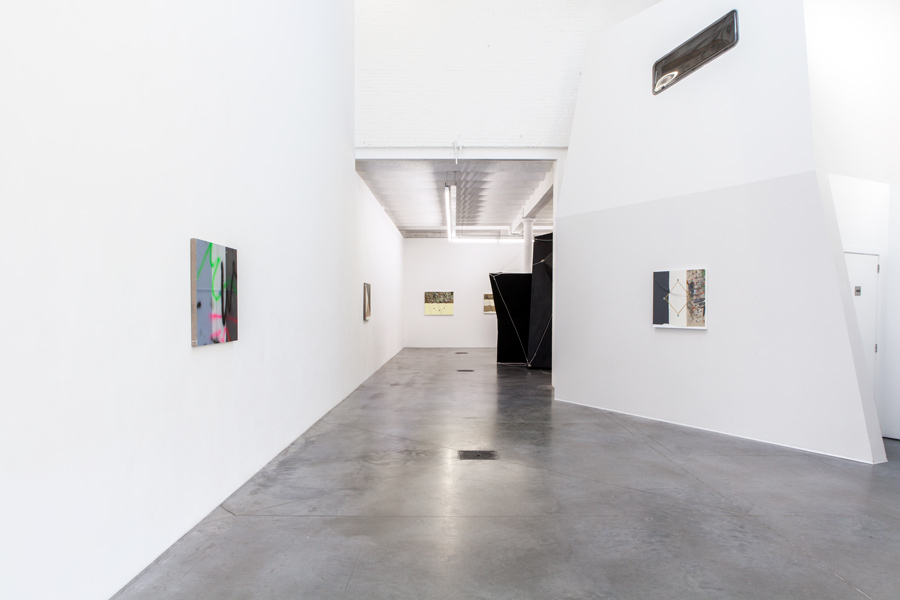 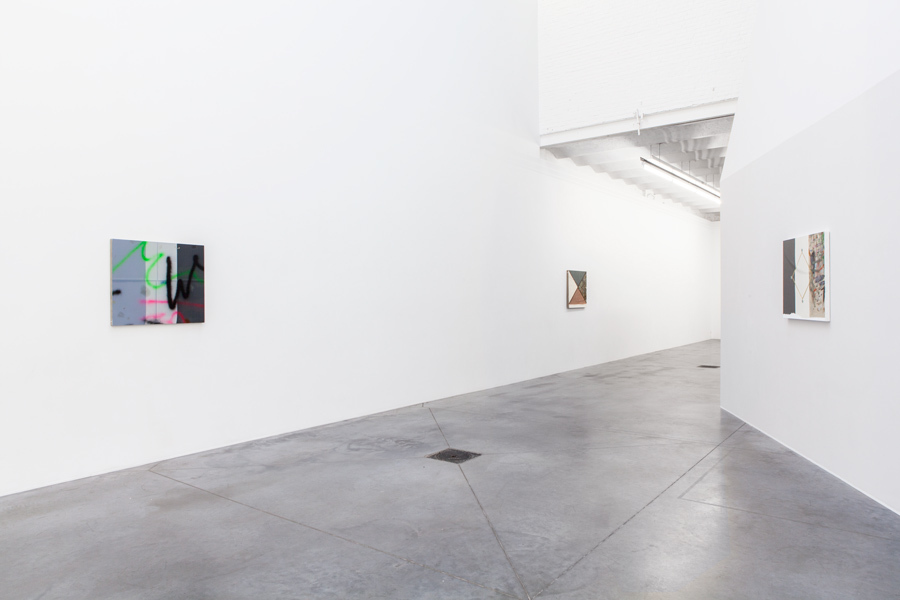 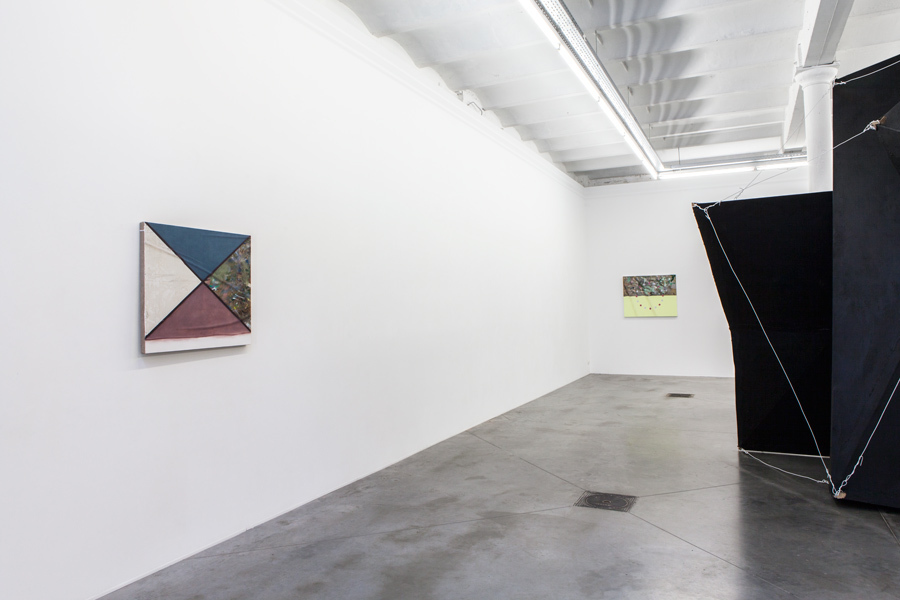 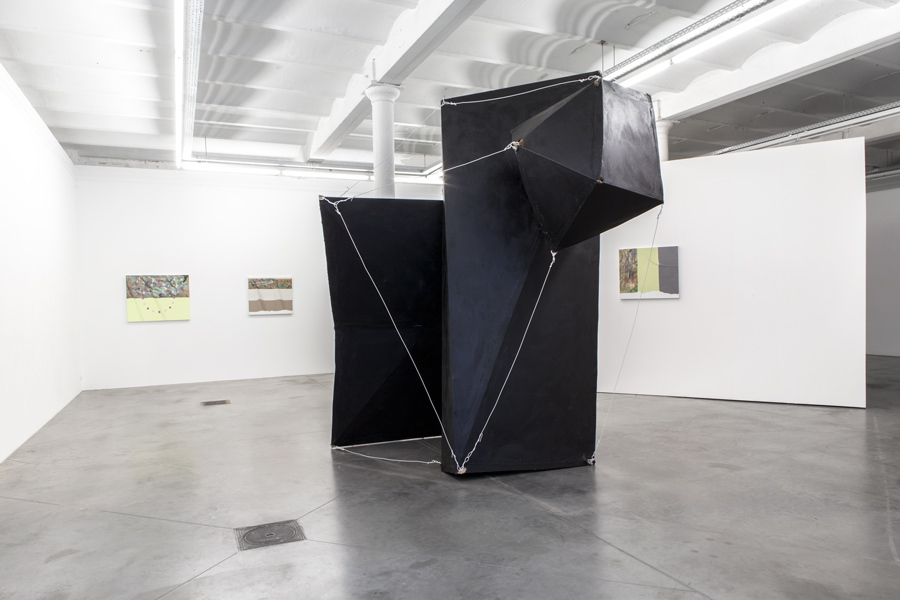 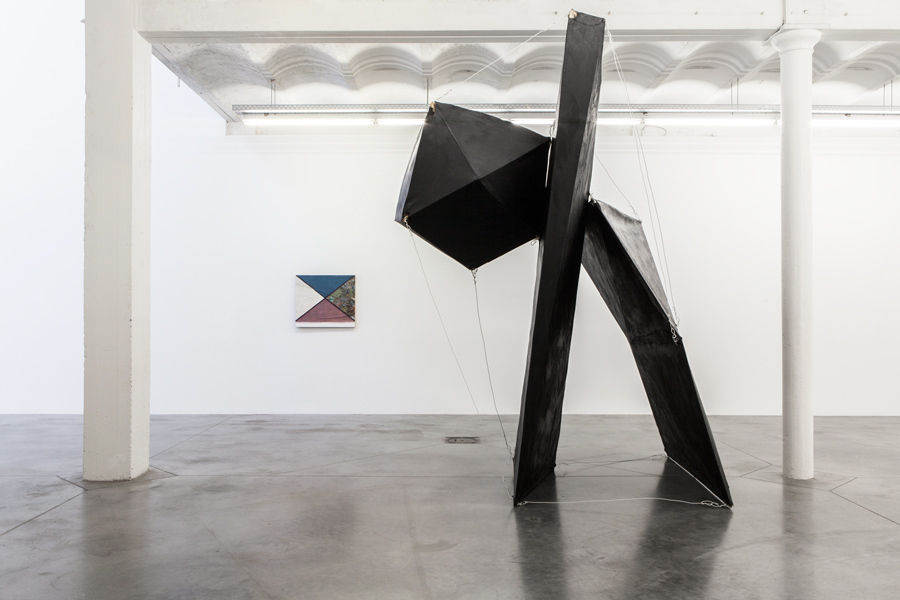 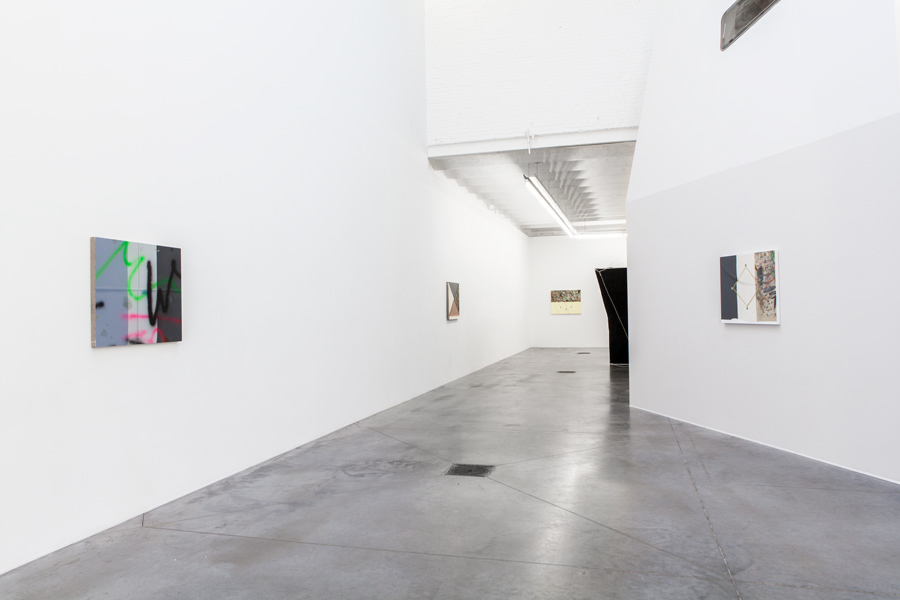 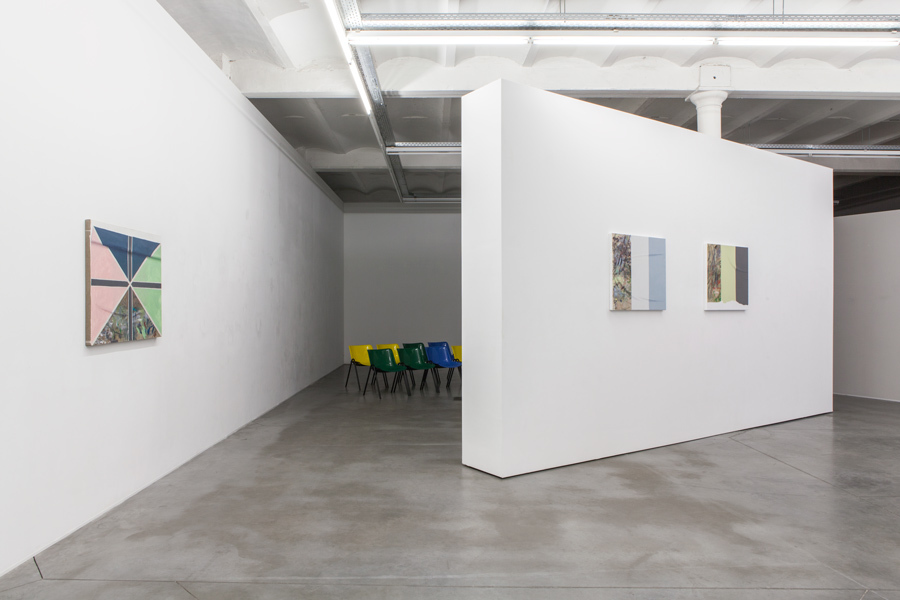 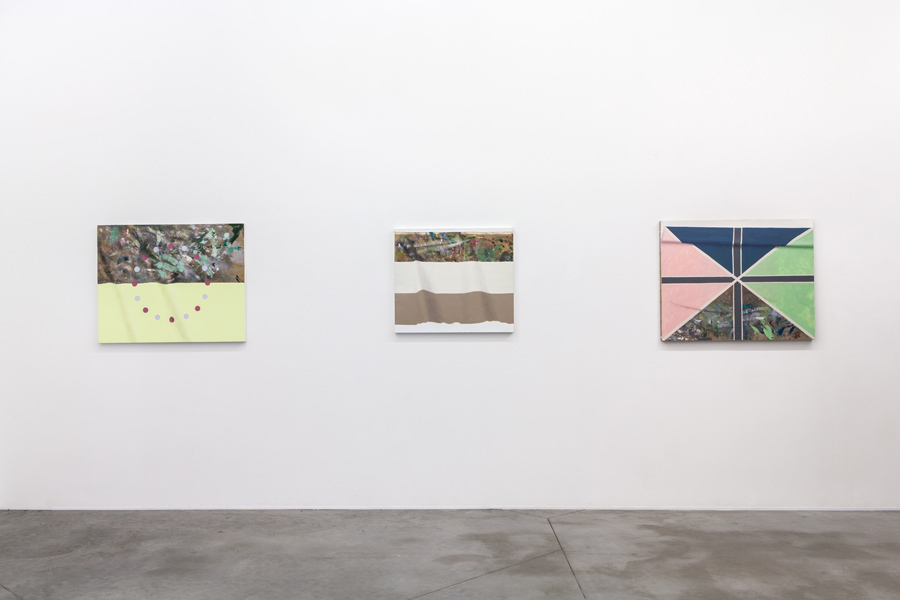 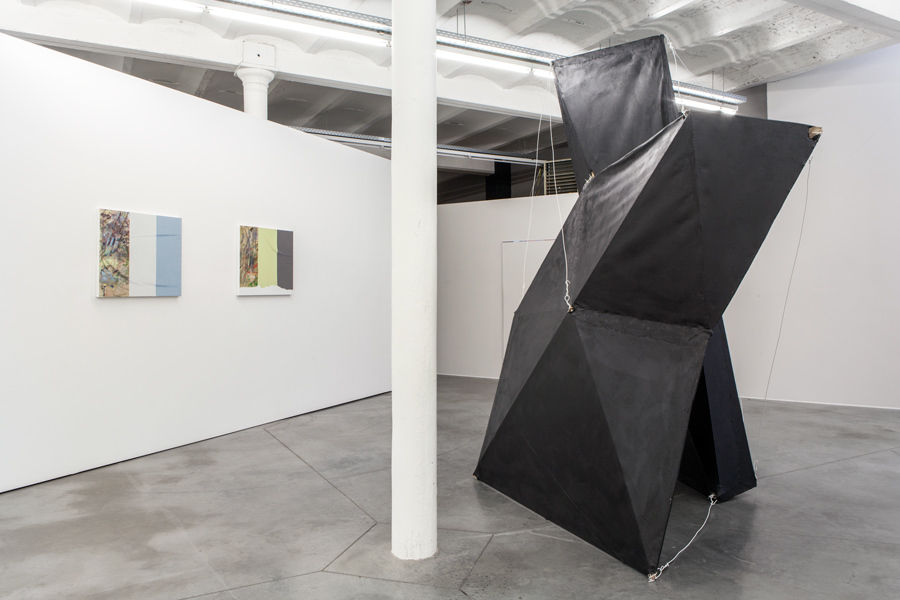 For our first show of 2015, we have invited London based gallery Arcade to present an exhibition with Anna Barham (UK), Luca Bertolo.

Anna Barham’s Liquid Consonant, 2012, draws on Plato’s Cratylus, the Socratic dialogue which examines the origins of language and sites mythology and the poets as the as the ultimate etymological authorities. Written by Plato when Ancient Greece was shifting from an oral to a literate culture, this work marks a similar shift - although in the reverse direction from written to oral - in Barham’s work.

The short video presents a digitally animated head ‘speaking’ sounds. As it rotates the sensually modelled lips give way to a cold synthetic cavity where tongue and teeth form Greek words containing the rolled r sound of the letter rho. In Cratylus Socrates conjectures that the gestures of the mouth as it forms different letters are the grounds on which language might ‘imitate reality’- in particular that the rolled r of ‘rho’ signifies motion because the tongue is so ‘agitated’ in its production. In Liquid Consonant blocks of sound effects issue from the mouth in place of words, circularly questioning the possibility of a correspondence between the sounds made by a fleshy orifice and ‘meaning’.

The focus on the physical and bodily production of language carries through into Double Screen (not quite tonight jellylike), 2013. The 2-channel video shows a sequence of images which slide from one screen to another as they are repeatedly edited to a voiceover. The script was constructed from many mutations of a text about cleaning a squid that Barham appropriated and processed through voice synthesis and speech recognition software, over and over again, creating a strange kind of feedback loop between herself and the computer. The images are used as an oblique code and syntactical key to track the transformations of sounds and words within the script. Together word and image are an exploration of the squid as a metaphor for transformation and the continual production of image, voice and self.

Anna Barham (UK, 1974) studied Philosophy & Maths at Fitzwillam College, Cambridge and Fine Art at The Slade School of Art, London. In early 2015 Barham will present solo exhinbitions at Galerie Nordenhake, Stockholm and at Composite, Brussels. She also has a forthcoming commission for the Nouveau Festival at Pompidou Centre Paris (2015). Previous projects include solo shows at Site Gallery, Sheffield Double Screen (not quite tonight jellylike), (2014) & Suppose I call a man a horse, or a horse a man? (2013); White City A commission for Art on the Underground (2012); Warp and Woof (with Bea McMahon) CCA, Glasgow (2011). She lives and works in London.

Luca Bertolo will present a number of his Bandiere (Flags). These are paintings of flags – more specifically, tricolours – whose faded hues cannot be found on any political map. Moreover, one band of each flag is a dirty paint rag glued to the canvas: cut from one of the recycled pieces of cloth that Bertolo uses to clean his brushes. The calculated linguistic paradox in the idea of making a painting, i.e. a piece of coloured cloth, that depicts a flag, i.e., a piece of coloured cloth, is the first thing that leaps to mind, and evokes famous precedents, starting with Jasper Johns. Other factors also encourage this kind of interpretation: the untouched edge of the painting, which reveals the white canvas beneath; the contrast between the areas painted to look like rumpled cloth (with illusionistic shading) and the indexicality of the paint-smeared rag. But there is something else in Bertolo’s flags. For instance, the idea (tongue-in-cheek, but not completely so) of “rallying around paint” that could already be seen in Signs, a previous series of paintings mounted on poles like placards for a demonstration; and above all, the attempt to deconstruct a symbolic object for which people have killed and been killed for centuries.
Luca Bertolo (IT, 1968) received his diploma from the Academy of Fine Arts, Milan in 1998 and has since exhibited internationally at various museums and public institutions that include Galleria Nazionale d’Arte Moderna, Rome, IT (2014), Centro per l’Arte Contemporanea Luigi Pecci, Prato, IT (2013), Nomas Foundation, Rome, IT (2012), 176/ Zabludowicz Collection, London, UK (2010) and MACRO, Rome, IT (2009). Bertolo recently worked with the estate of the late Gian Carozzi (1920-2008) to curate an exhibition of paintings at Cardelli & Fontanta, Sarzana, IT. He also curated a project for art collective Lucie Fontaine in Milan, IT. He lives and works in Seravezza, Lucca, IT.

John Wallbank’s new work begins as a series of sculptures trying to be paintings. They used the materials of painting and, though not attached to the wall, worked in relation to it, and required it for support. In attempting to explore the middle ground between painting and sculpture he was concerned with what was peculiar to each discipline and how one might act as an analogue for the other. As the work has moved from painting back to sculpture the separate elements have recombined to give something more autonomous and literally self-supporting.
John Wallbank (UK, 1976) graduated from the Slade School of Art in 2004 and in 2010 he was awarded the Mark Tanner Sculpture Award. His exhibition ‘Paintings’ at Arcade, London runs until January 24 also in 2015 he will participate in ‘New Order III: British Art Today’ at the Saatchi Gallery, London. A new artists’ book ‘Drawings’ is now available. The book is a collection of ‘notes’ made on a simple e-reading device that formed a visual diary of Wallbanks’ time during his participation in the Triangle Artists’ Residency Programme, New York in 2013. He lives and works in London.