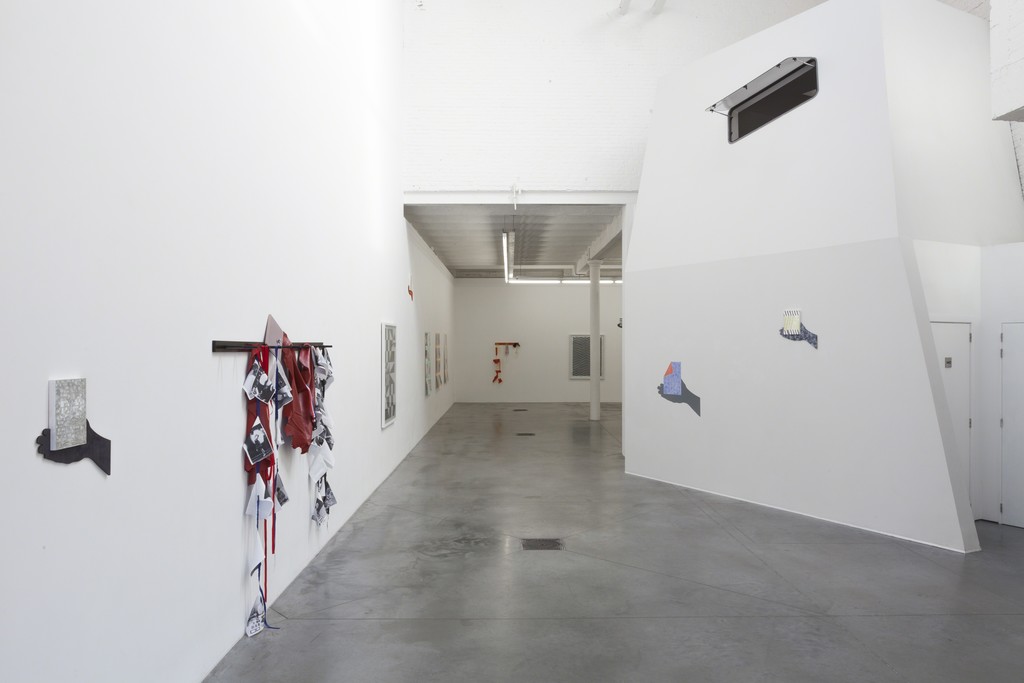 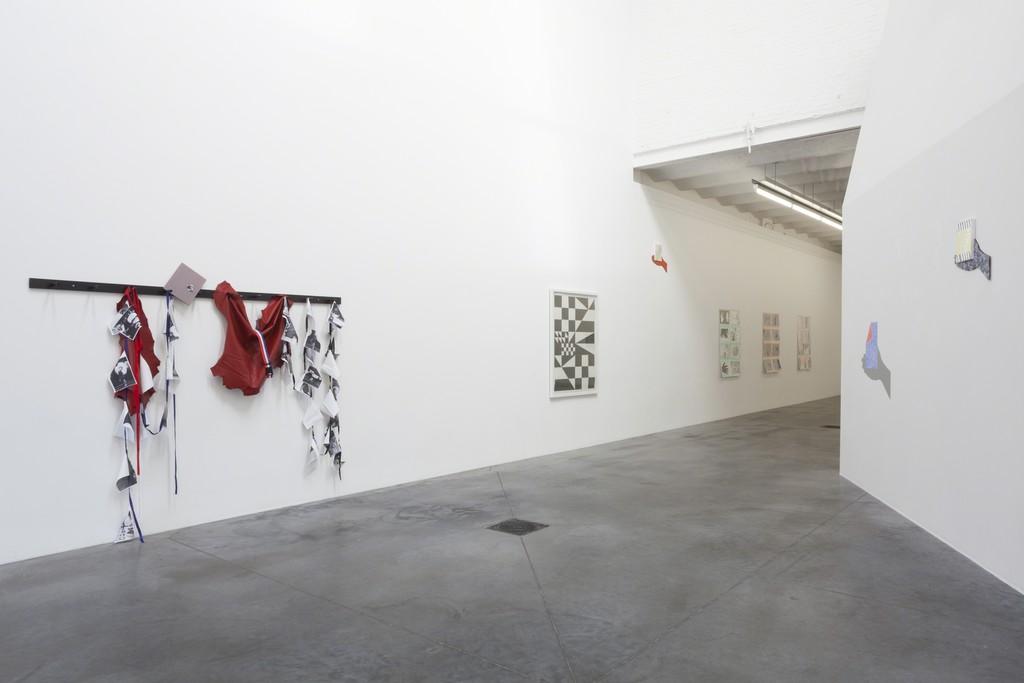 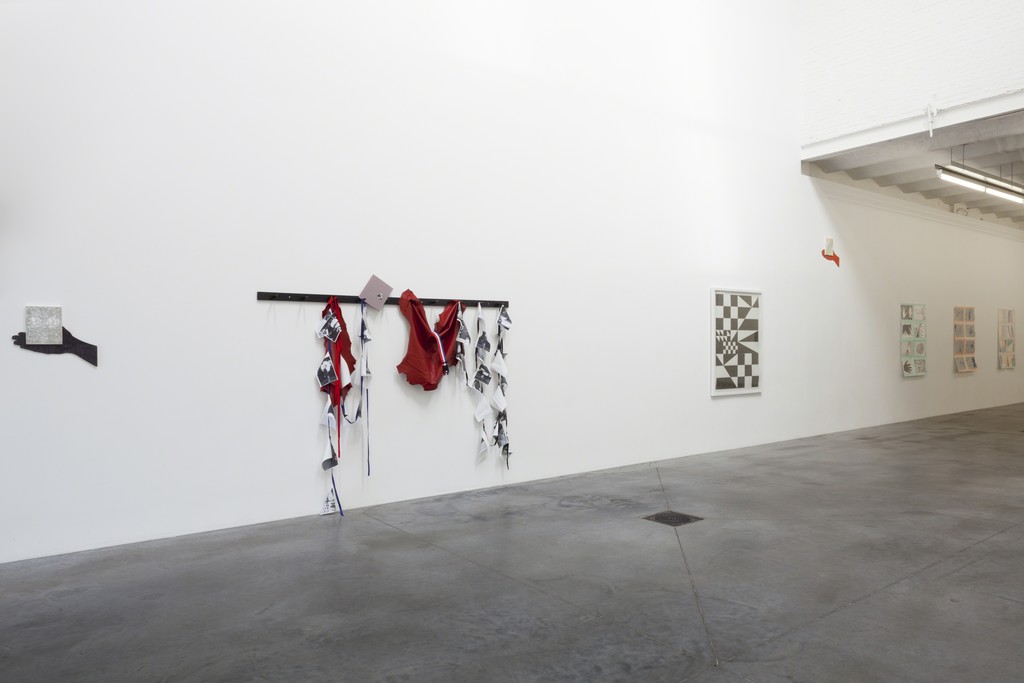 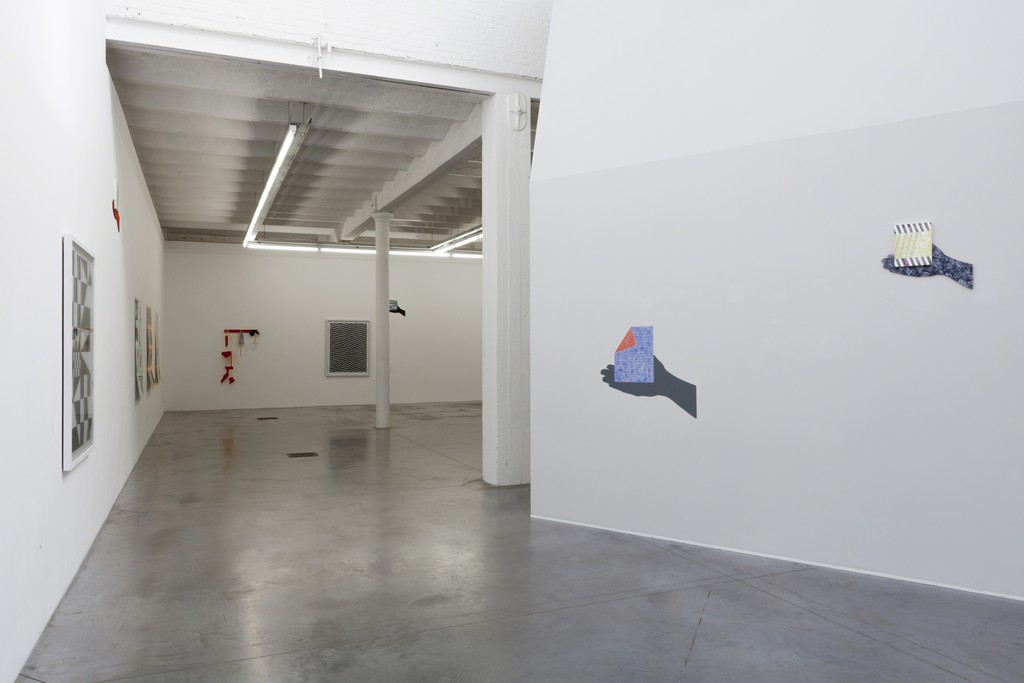 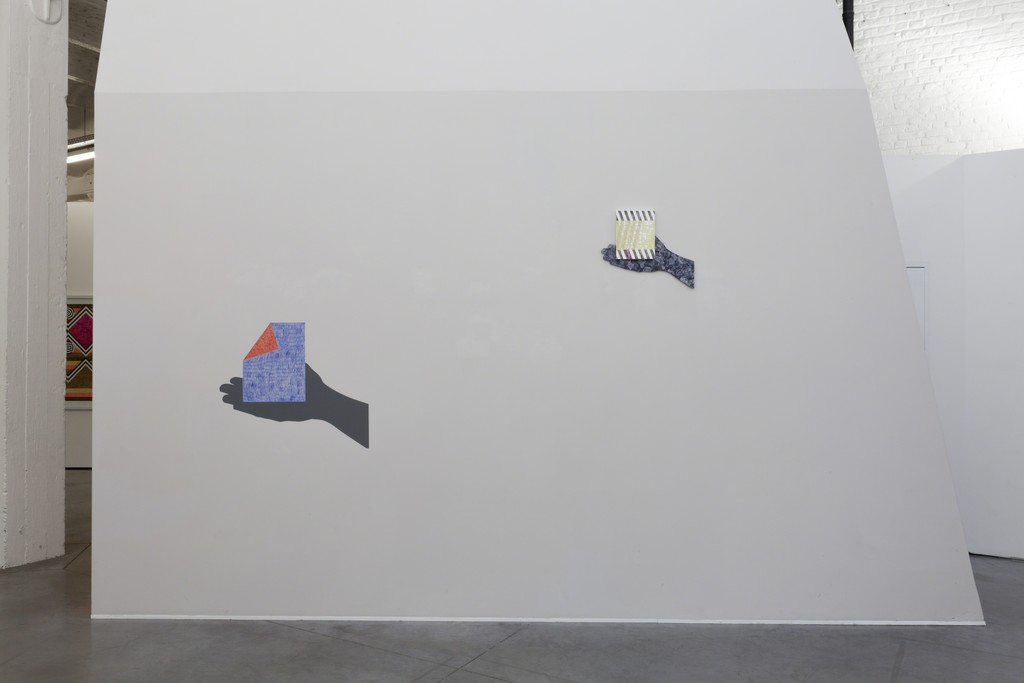 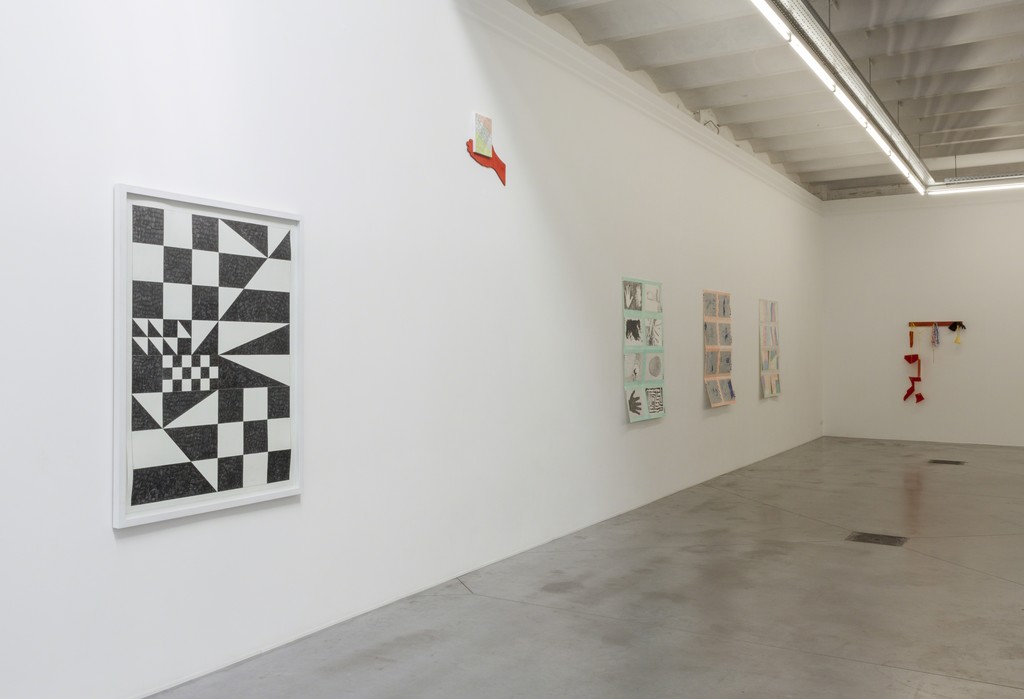 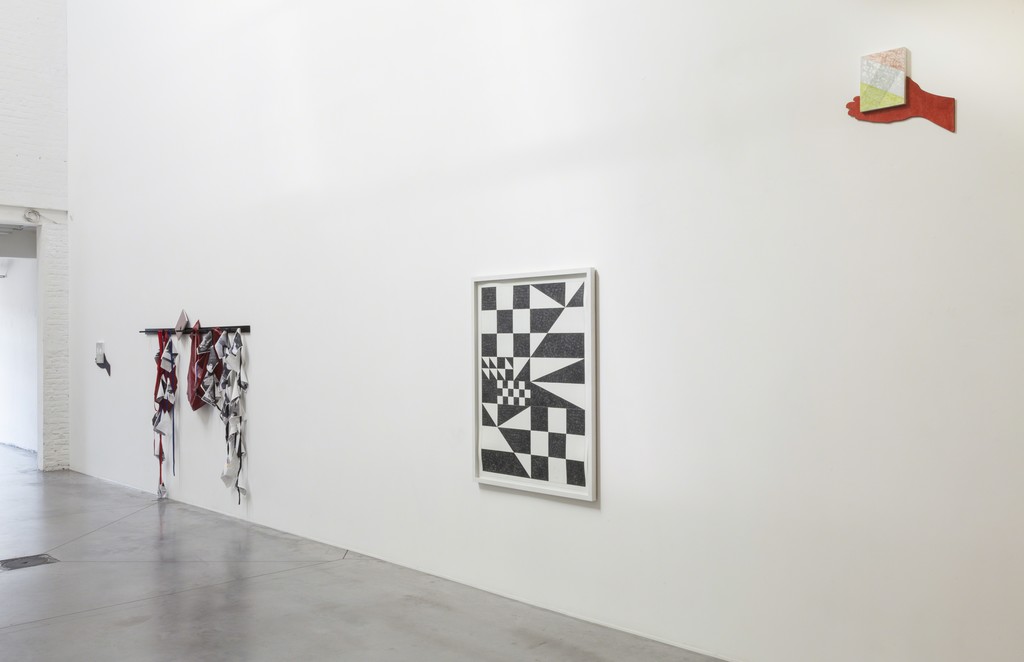 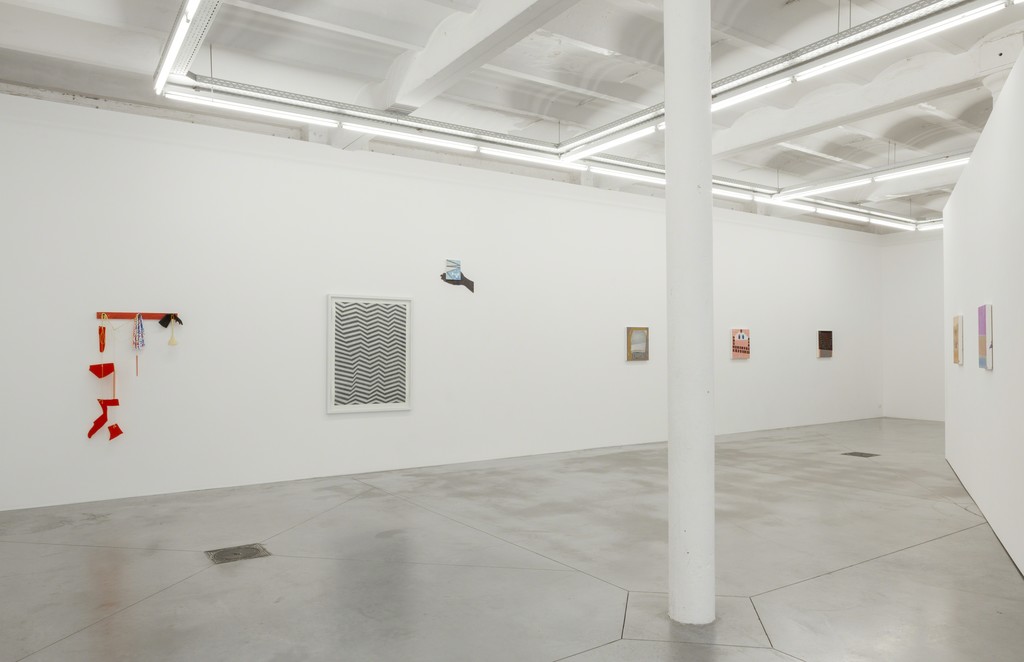 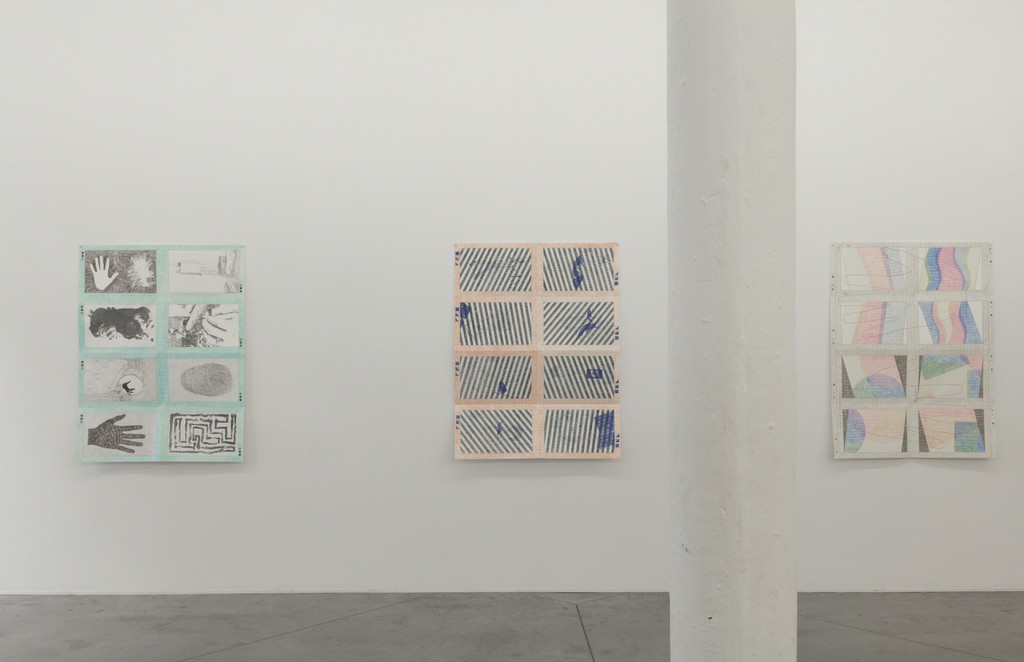 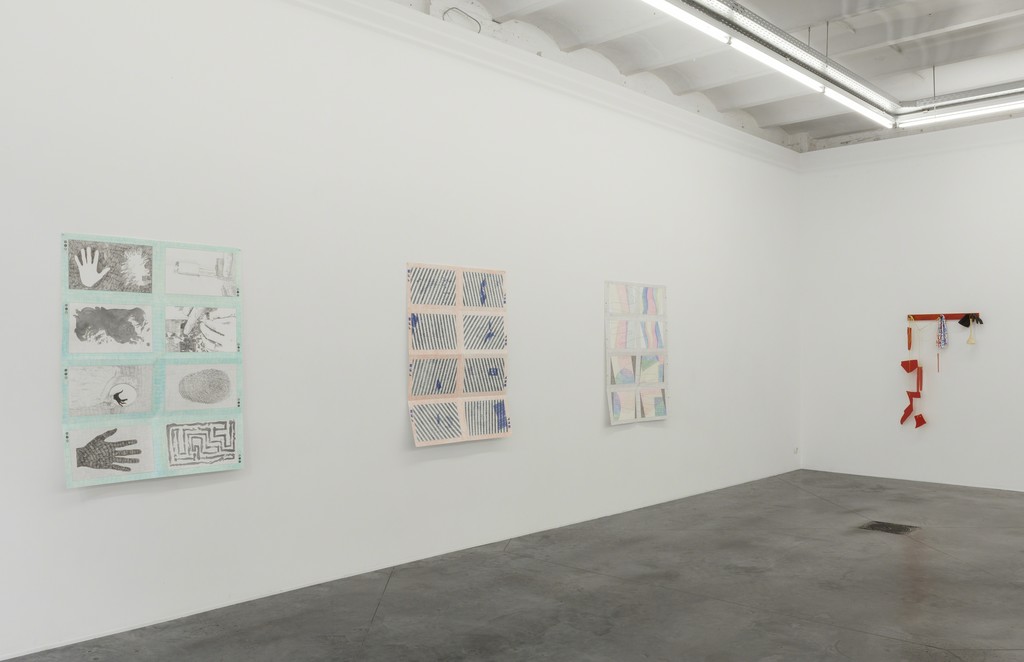 Because of the immense influence on history and culture that books can have, the physical and conceptual properties of reading them are rarely thought of. The art practice of Derek Sullivan plays with all the elements and borders that are related to books. He questions the shape of them, but also the thought process from which writing can originate. He translates these ideas into installations, two-dimensional works in many different media and, obviously, books.
‘Manuscripts, manuals’ is Sullivan’s 4th solo exhibition at the gallery. The title refers twofold to a space where something is about to happen: manuscripts as possible books, books that are in the process of coming to exist. Manuals on the other hand put something externally in motion. Sullivan presents older works in combination with works especially made for the exhibition.
The drawings from the series ‘Young Americans’ (2011) play with abstract, graphic patterns, which can be seen as pages of an imaginary book. The patterns are based on the eponymous exhibition catalogues from the MOMA (New York). They are related to the new Poster Drawings, which appear to be much more fragmented, in a stage of development. Some mental assembly is required. This is also the case with the ‘Peg Rail’ installations from 2012 and 2017. ‘Peg Rail #4’ shows a sequence of images found in various mid 20th century books. They feature children and teenagers interacting with modern art. The pictures are printed onto fabric, and sewn into chains. The new Peg Rail reads like a detective story. It can be seen as a continuation of his expo at Oakville Galleries: ‘The Missing Novella’. Here it introduces pieces of the amazon.com-hand. This image, reoccurring multiple times throughout the exposition, refers to the way books are presented on the online store amazon.com. They transform drawings into book covers and maybe even into books, as the title ‘Illustrations for (and/or from) a book that is (and/or will be) titled “On Filling In”’ suggests.
Although the works are all based on the concept of a ‘book’, Derek Sullivan creates art in many different shapes and sizes. The smart combinations of reactions on the subject, leaving a lot of room for personal interpretation, stay ever-present throughout his practice.
Derek Sullivan was born in 1976 in Richmond Hill (CA). He currently lives and works in Toronto (CA). Solo exhibitions include ‘The Booklover’, Dunlop Art Gallery, Regina (CA), ‘Albatross Omnibus’, The Power Plant, Toronto (CA), ‘The Missing Novella’, Oakville Galleries, Oakville (CA), ‘Bulletin Board’’, Whitecolumns, New York (US) and ‘More Young Americans’’, Kiosk, Ghent (BE). Sullivan has been featured in numerous group exhibitions, including ‘La Biennale de Montreal 2012’, Montreal (CA), ‘Where do I end and you begin’, City Art Centre, Edinburgh (UK) and ‘Blue times’, Kunsthalle Wien, Vienna (AT). His books and editions have been published by Paul & Wendy Projects (Toronto), Art Metropole (Toronto), Boabooks (Geneva), Printed Matter Inc. (New York). Sullivan has been nominated five times for the prestigious Sobey Art Award, being shortlisted in 2012. His works in the collection of the National Gallery of Canada are on view in their upcoming survey exhibition ‘Our Masterpieces, Our Stories.’