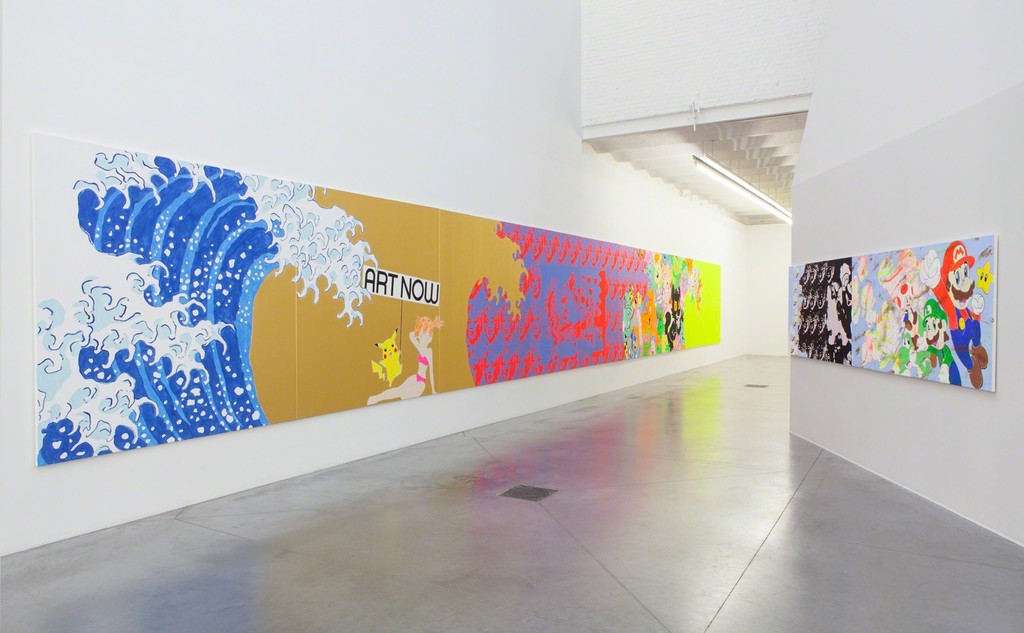 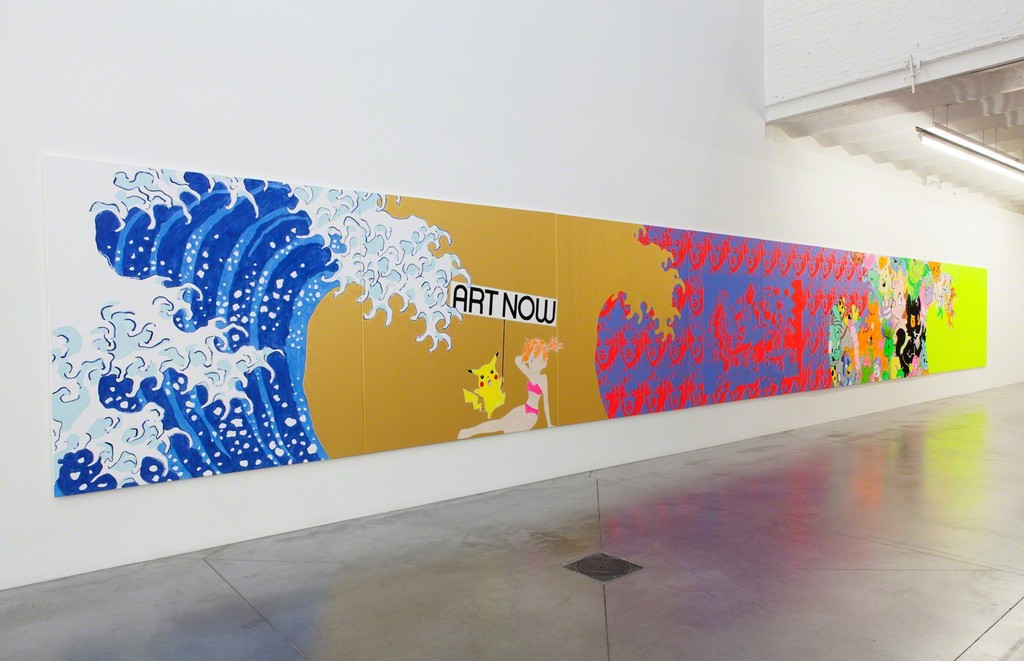 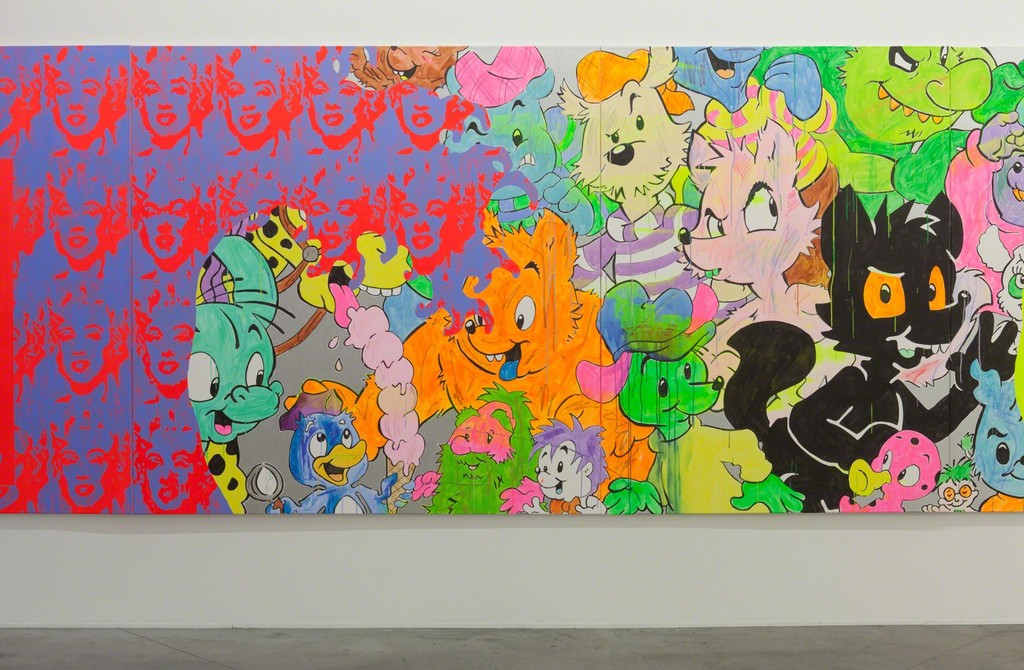 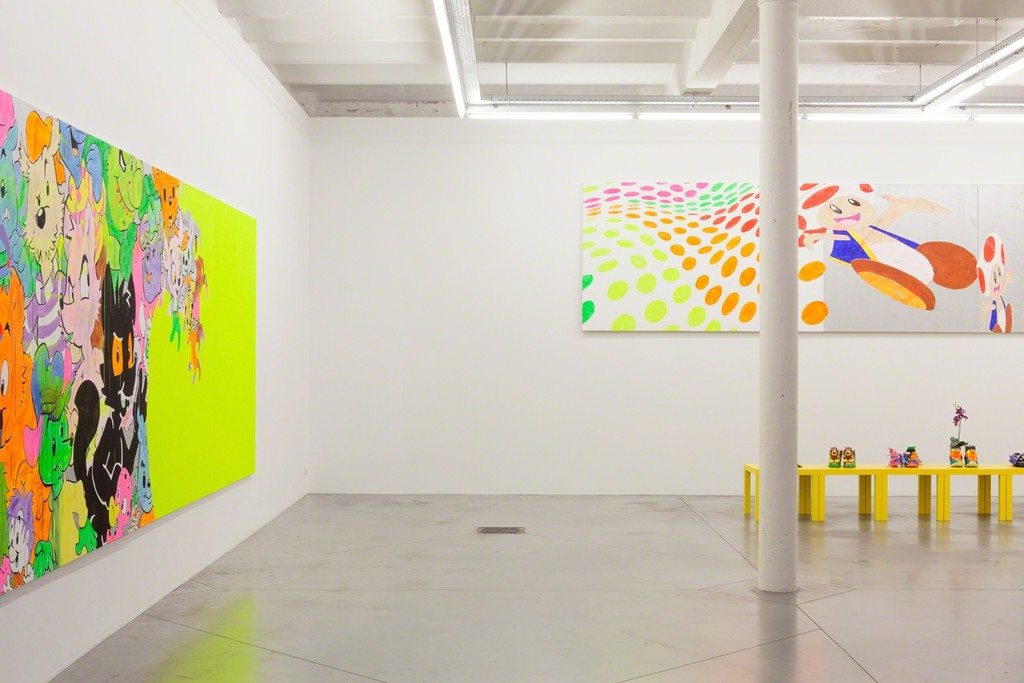 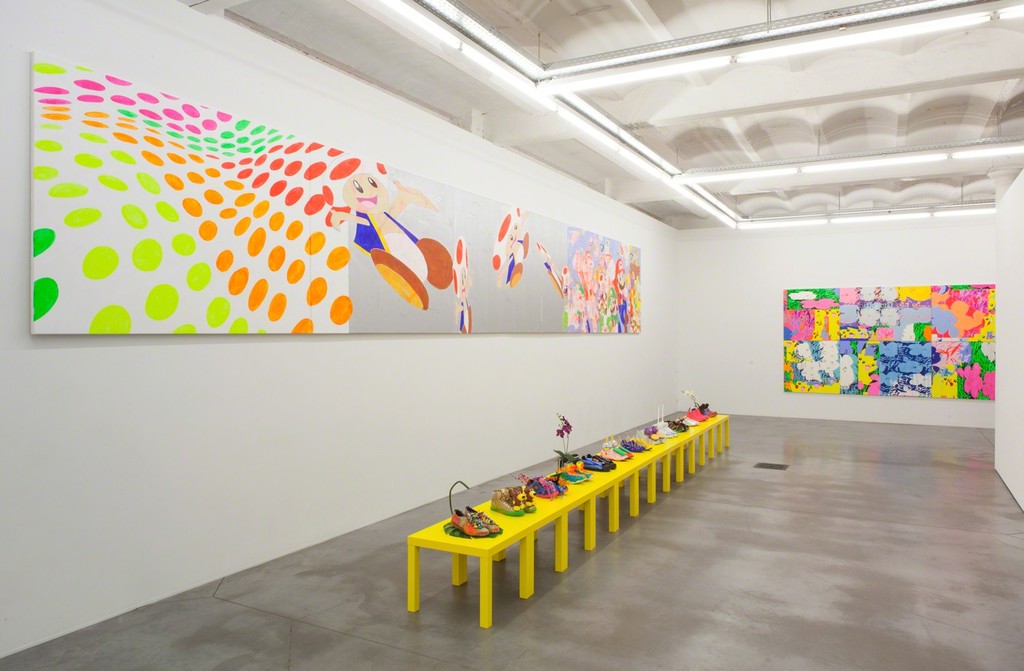 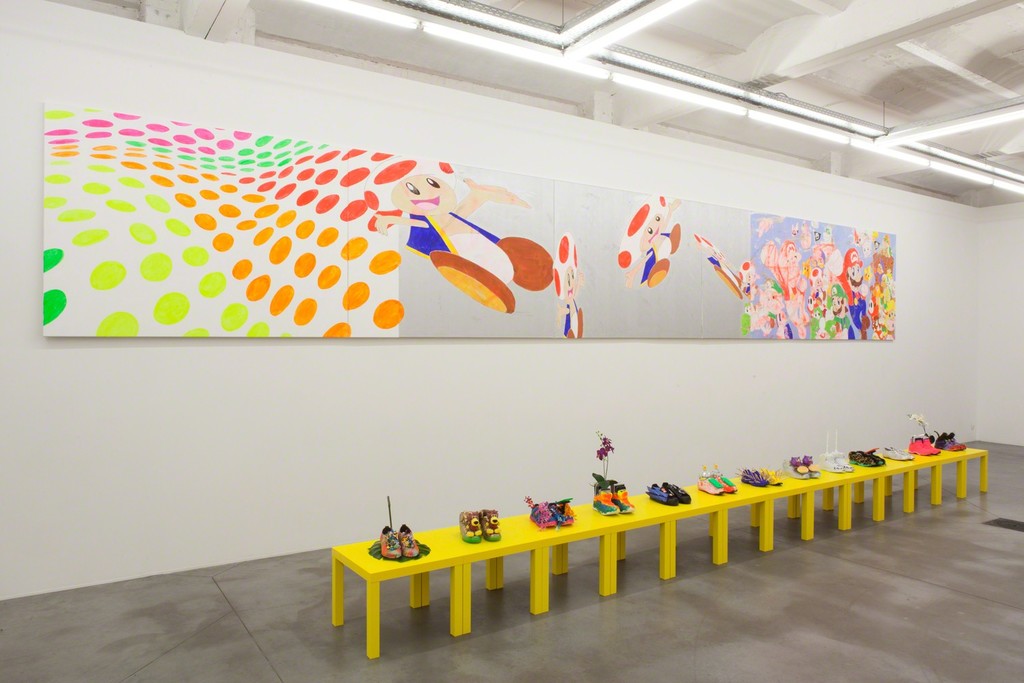 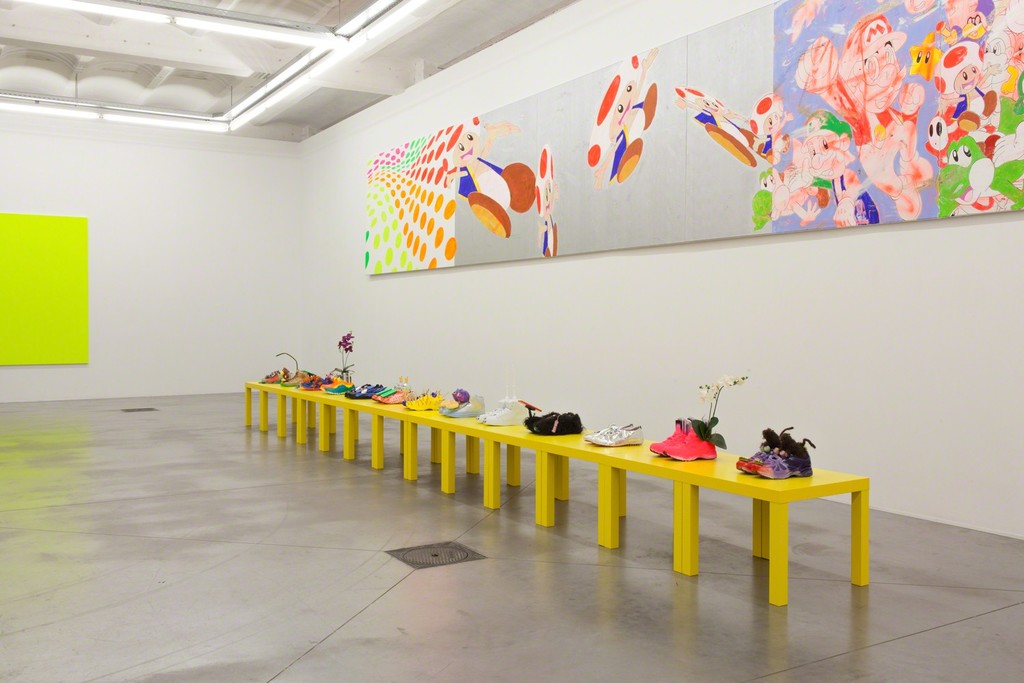 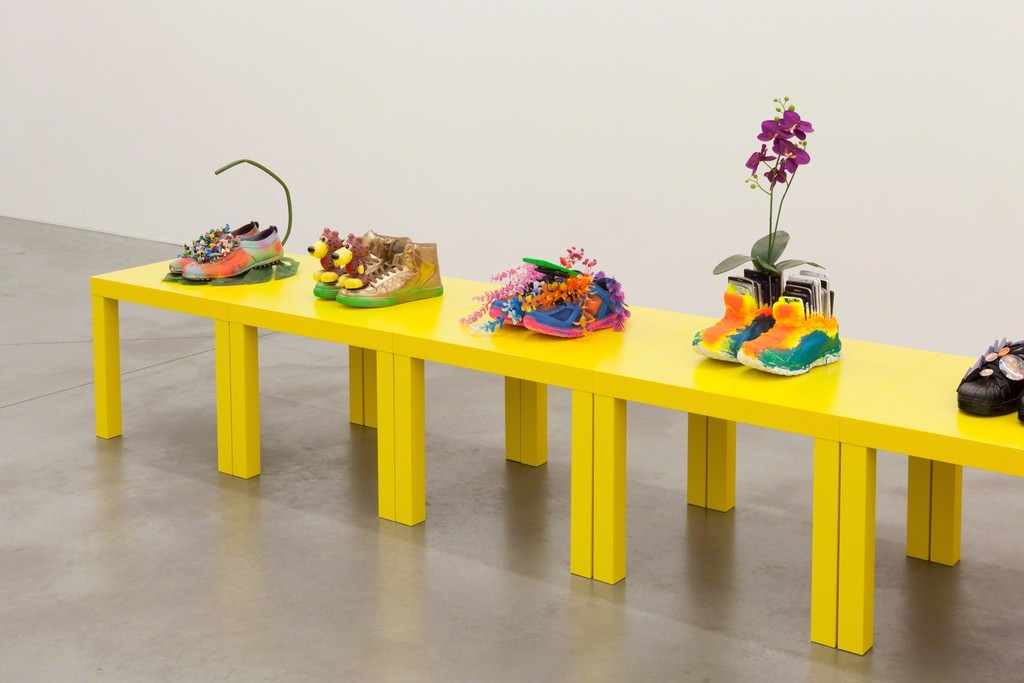 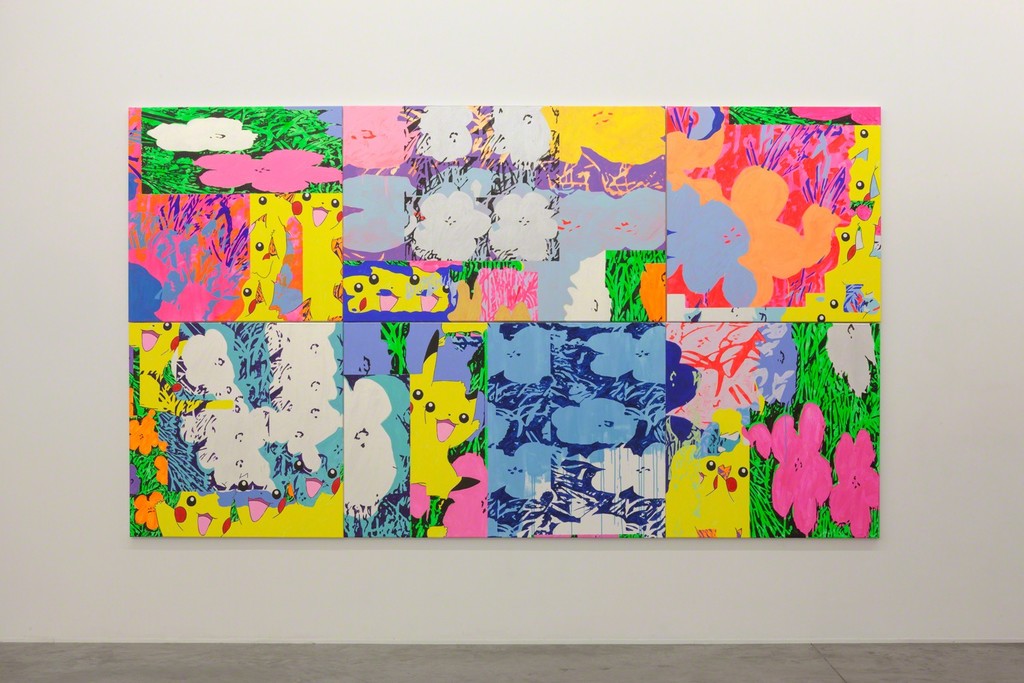 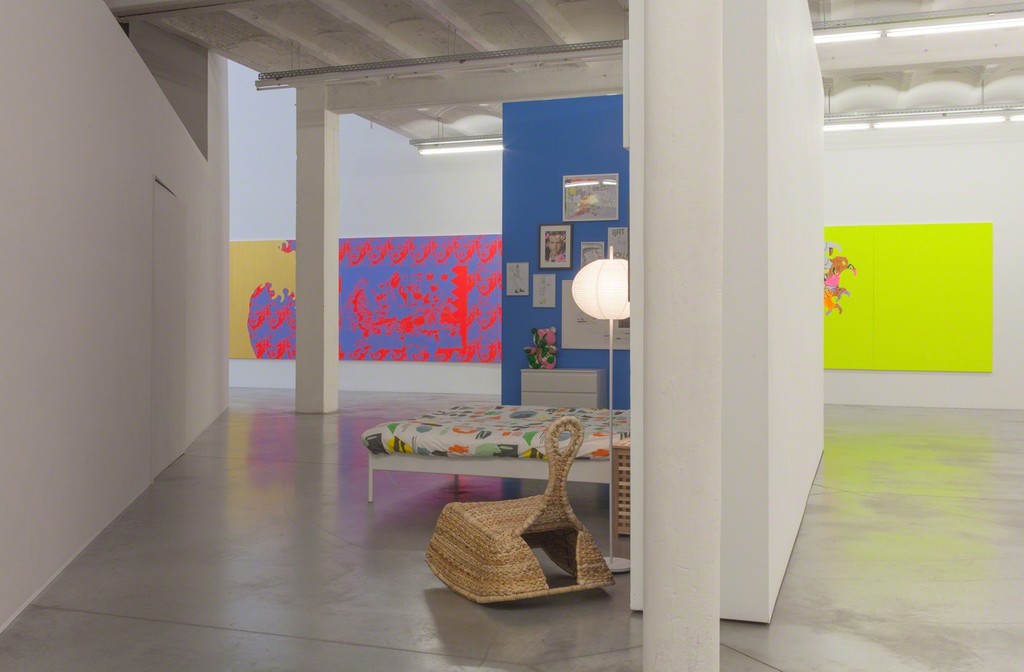 Tatjana Pieters is proud to announce the first exhibition in Belgium by British artist Michael Pybus (UK, 1982). On the occasion of the opening, independent curator Ché Zara Blomfield will give an introduction to the work. Blomfield is the founder of 'The Composing Rooms’ Berlin, currently presenting ‘Thirsty Garten’, a group exhibition including an installation by Michael Pybus.

Sampling from a multitude of sources Pybus reimagines contemporary culture by remixing the icons, brands and franchises which permeate our lives. The artist explores the ‘ flattening’ out of history into an eternal present that is accelerated by our increasingly virtual environment. He creates ‘Frankenstein’ hybrids which appear reassuringly familiar yet decidedly warped. Context and genre collapse into parallel worlds where you may find Warhol rubbing up against Pikachu as Hokusai’s Wave crashes down on Super Mario.

Pybus openly acknowledges the gallery as a high end commercial space where artworks such as paintings are approached as luxury goods used as backdrops to his installations that take the form of mass consumer merchandising. From clothing collections he has co-designed and produced to complete IKEA furniture showrooms which he transfers into the gallery space, his installations blur the boundaries between high, low and everything in-between.

For CRUMPLE ZONE Pybus presents his most ambitious installation to date. In the centre of the gallery space the viewer encounters an IKEA showroom providing the environment for a large wall installation of his works on paper shown for the first time. Throughout the main space a new body of billboard sized paintings spans entire lengths of the gallery walls. A sculptural intervention of modified sneakers reflects his ongoing investigation into obsessive consumer culture and product fetishization.

Continuing his curatorial activities, which has seen Pybus open his gallery WELCOME SCREEN (2013-2015), the artist has invited London-based duo Millington Marriott to produce a new presentation of work in the gallery’s bathroom.