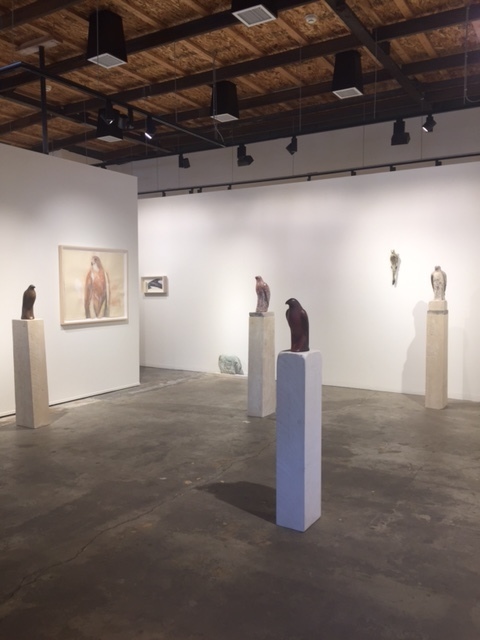 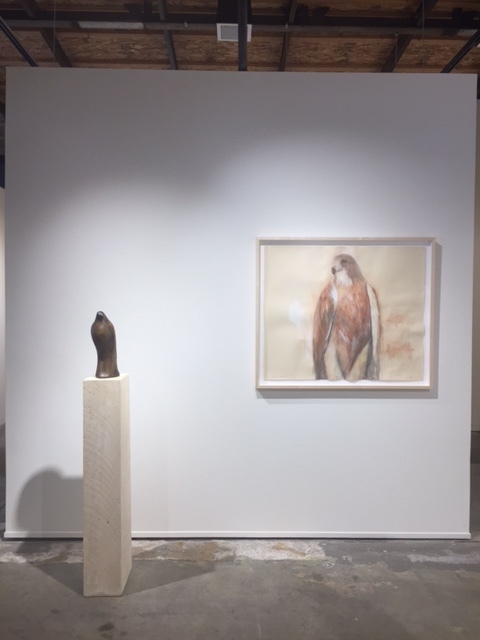 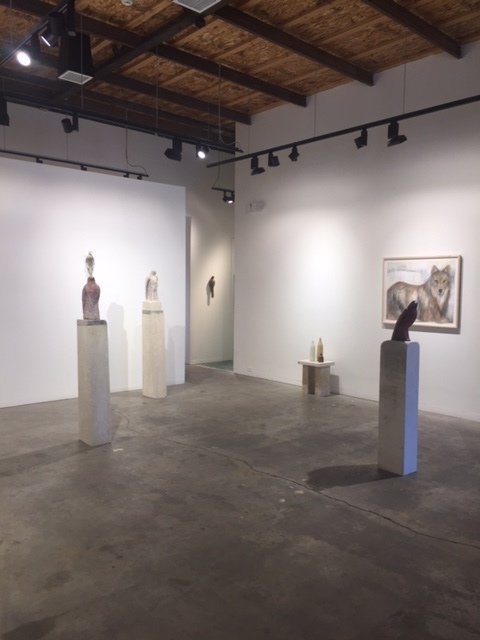 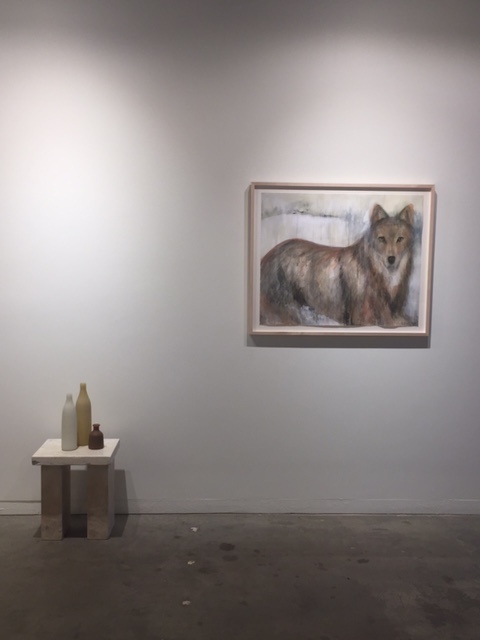 JACKSON HOLE, Wyoming — Tayloe Piggott Gallery is pleased to present Red (Rufous), an exhibition featuring new works in carved Portuguese marble, hand blown glass, and works on paper by artist Jane Rosen. A reception to celebrate the opening of this exhibition will be hosted on Wednesday, June 28 from 6 to 8pm; all are invited to attend.

Artist Jane Rosen (b. 1950) has made it her life’s work to tell the story of animals, wild and tame. Rosen captures the wildness, ephemerality, and immortality of her subjects; the Red Shouldered Hawk, the Wolf, the Horse, the Raven. Her drawings and sculptures explore the interconnection between man and animal, demanding that we confront the beauty and stature of these creatures. Rosen aims through keen observation to expose a deeper, truer sense of her animal subjects and in turn she is enhancing our own understanding and appreciation of their beauty. Rosen’s evolution as a sculptor began with a move from Manhattan to California, prompting her to explore and define what she refers to as “domestic time” versus “landscape time.” Her evolution meant learning how to live in landscape time; moving slowly and being in tune with the nature surrounding her.

This exhibition, Red (Rufous), is a collection of works inspired by the color rufous: the reddish brown color of the Red Shouldered Hawk; a color that camouflages her subject in nature. By focusing on the color rufous, Rosen experimented with materials including Portuguese marble, carved limestone, cast bronze, and hand-blown glass. Rosen says, “When the birds sit in the trees in the light of late afternoon, they glow. They have this inner light, and the medium of glass with stone is fantastic for capturing it. There’s a posture in animals and in the light and in the forms of nature that gives rise to a presence. I wish for people to feel that presence; to know that it brings a quiet. Life imitating art imitating life.”

Jane Rosen was born in New York City, where she grew up and began her career as an artist. Despite finding early success in galleries and a prestigious teaching position in the city, she found herself captivated by the accessibility of nature on a visit to the West Coast. Rosen eventually relocated permanently to San Gregorio, California, on the coast south of San Francisco, where she keeps her studio and resides on a horse ranch frequently visited by the animals you see in her work. A masterful and sought after teacher, Rosen has taught at numerous elite institutions including the School of Visual Arts Bard College in New York, LaCoste School of the Arts in France, Stanford University and the University of California at Berkeley. Rosen’s work has been reviewed in New York Times, ArtForum, Art in America, and Art News. Her work has been exhibited across the United States and is in numerous public and private collections including Albright-Knox Art Gallery, Aspen Art Museum, Berkeley Museum of Art, Brooklyn Museum, National Museum of Wildlife Art in Jackson Hole, WY; along with the Chevron Corporation, JP Morgan Chase Bank, Mitsubishi Corporation, multiple U.S. Embassies; and private collections of Grace Borgenicht, and Eric Fischl and April Gornik. Rosen was recently selected by the American Academy of Arts and Letters for inclusion in their 2015 Annual Invitational in New York, a prestigious exhibition juried by some of the greatest artists of our time.