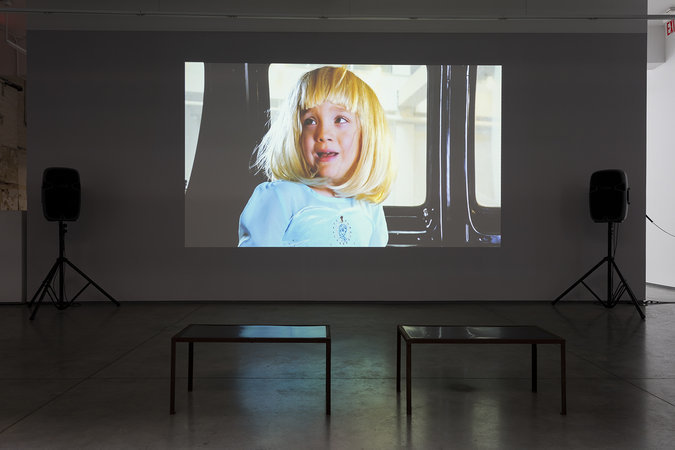 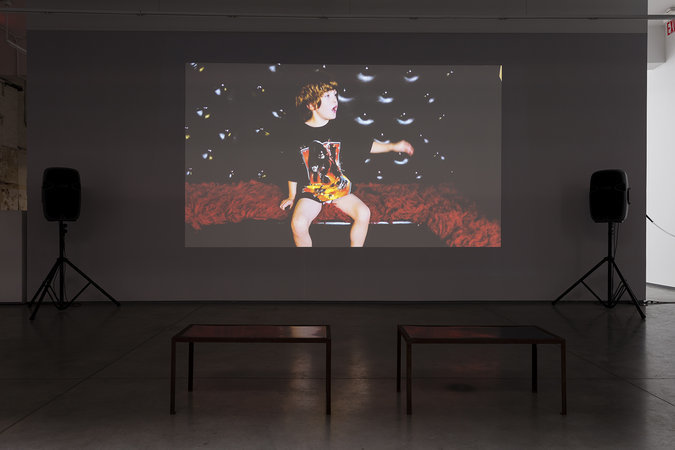 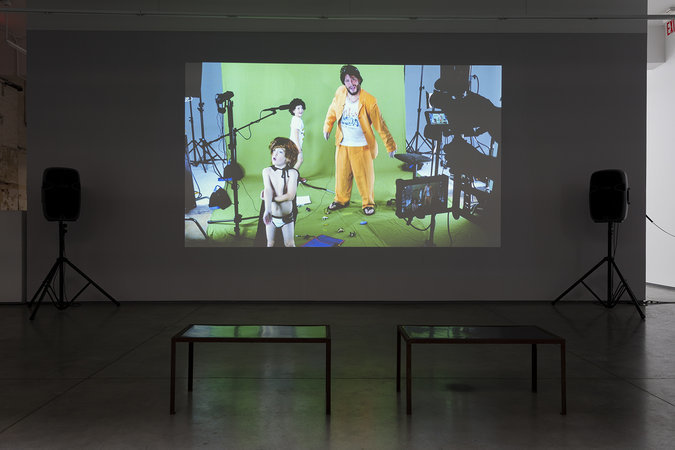 Team (gallery, inc.) is pleased to announce a solo show by New York-based video and performance artist Alex Bag. Entitled The Van (Redux)*, the exhibition will run from 14 January to 28 February 2016. Team (gallery, inc.) is located at 47 Wooster Street, between Grand and Broome, on the ground floor. Concurrently, our 83 Grand Street space will house a one-person exhibition of new work by painter Andrew Gbur.

Since the early 1990s, Bag has been a pioneering figure in both video and performance art, often using the ubiquitous visual markers of television as a formal device. Frequently assuming multiple roles in her work and donning a variety of costumes, masks and wigs, Bag’s technically simple videos have long examined the structures of various modes of popular entertainment and what happens to our understanding of them when they are displaced and recontextualized within the confines of the gallery. Lauded for her skewering commentaries on the intersection of the cultural canon and cultural waste, Bag’s work frequently examines the art world hierarchies that govern not only taste, but likewise determine career trajectories. Central to this focus is Bag’s seminal video The Van, which was made for the American Fine Arts booth at the 2001 Armory show. Depicting three ambitious and archetypal young artists all played by Bag and starring her brother Damien as their unseemly art dealer Leroy LeLoup, the video was shot and is screened inside a customized Dodge cargo vehicle. The narrative focus of this work examines the symbiotic relationships that exist between power and desire and how these relationships influence the economic laws specific to the art world.

For this exhibition, Bag will present The Van (Redux)*, a video made for her solo exhibition of the same name at ICA Miami (curated by Alex Gartenfeld). The video, shot on-site at ICA in collaboration with Wet Heat Project (who were initially commissioned to create a short film about the artist) provides an update on the activities of Leroy LeLoup, a role reprised by Damien fourteen years after his appearance in the original work. Aping the structure of a documentary, the video details Leroy’s delivery of the van to ICA’s exhibition space following his release from a lengthy prison sentence. He is accompanied by three children, all played by Bag’s five-year-old son August, and all of whom are subsequently smuggled into the museum’s facilities for an unsanctioned “artist’s residency” taking place in the building’s hallways, storage closets and bathrooms. LeLoup’s rudimentary understanding of the machinations of the contemporary art market is quickly laid bare via the negligent direction he gives to his young charges, each of whom is tasked with creating examples of work specific to the slightly outdated “Now” proffered by LeLoup, who makes a series of promises to each child, to be delivered upon completion of a salable work.

Bag’s use of satire functions as a vehicle for a more serious set of concerns, primarily her insinuations that the art world is a dehumanizing institution that traffics in the exploitation and commodification of the artist. As is typical of Bag’s most prescient and innovative works, The Van (Redux)* works allegorically to remind us not only of our folly, but of our complicity in the systematization of power and authority endemic to all hierarchies.

Alex Bag has been the subject of solo exhibitions across the United States and Europe, including those at the Institute of Contemporary Art in Miami; the Whitney Museum in New York; the Migros Museum in Zurich; and the Andy Warhol Museum in Pittsburgh. Her work has been included in group shows at venues such as New York’s Museum of Modern Art, at the Tate Gallery, the Centre Georges Pompidou, the Renaissance Society, and the Kunsthalle Basel.