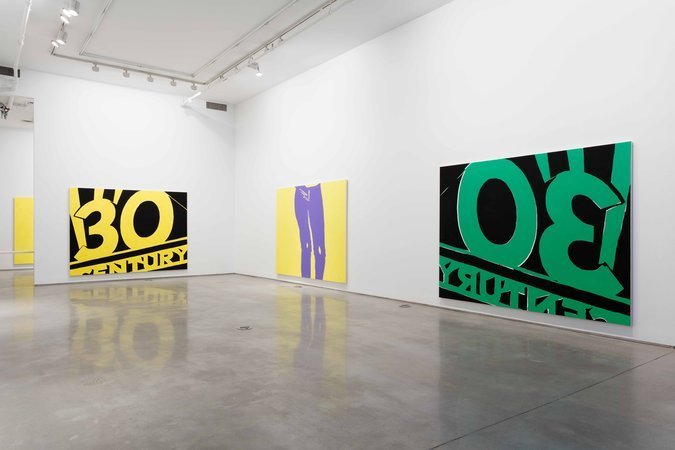 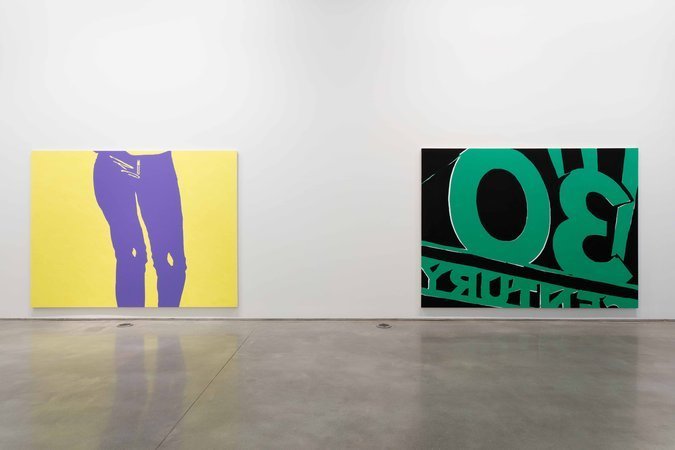 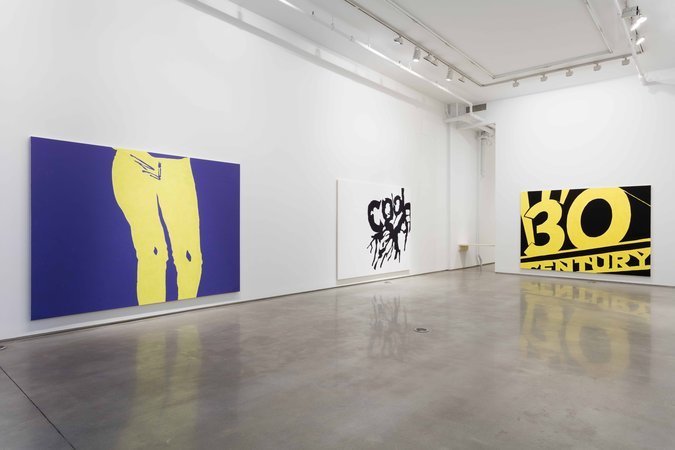 Team (gallery, inc.) is pleased to announce a solo show of work by American painter Andrew Gbur. The exhibition will take place at our 83 Grand Street location from 14 January through 28 February 2016. Concurrently, our 47 Wooster Street space will house a solo exhibition by Alex Bag.

For his New York debut with Team, Andrew Gbur presents a brand new group of paintings. The artist pares down familiar images to two or three opaque shades, applied contiguously in cartographic blocks. While the resultant pieces are recognizably depictive, the acts of isolation, visual reduction and repetition void their subject matter of its wonted semantic content. While past exhibitions have been limited to a single repeated subject, the artist’s driving concern with seriality manifests here as a network of motifs and themes, endowing the exhibition with a discernable rhythmicity. The works are mired in post-war Art History, repurposing the aesthetics of Pop Art and Minimalism to interrogate the value – or lack thereof – of contemporary symbols and signage.

Gbur’s practice is complexly, omnivorously appropriative: he derives his raw material from a variety of sources, recycling specific, identifiable iconography (the 20th Century Fox logo, a Suicide album cover), as well drawing from a more general pictorial lexicon (a sword, a pair of pants, a pumpkin). The paintings are cannibalistic, stripping pictures of nutritional value and re-presenting them as skeletons of themselves. A smiley face, the contemporary emblem of banal pleasantry, in Gbur’s hands reads as both vacant and malevolent; rather than serving its standard purpose of evincing happiness, the smiling hieroglyph instead reconnoiters the potential for deception and psychological violence intrinsic to pictographic communication. By inverting and nullifying his subject matter’s semiotic associations, Gbur bolsters his surfaces. The paintings’ initial impression of Minimalistic austerity deteriorates upon close investigation: subtle indications of their making – material inconsistencies, paper left behind by stencils, minute drips – quietly riddle the works. The evident disparity between the paintings’ mechanical appearance and human reality endows them with an idiosyncratic status as art objects – they are the bastard offspring of Pop and expressionism, impure images that lurk between Fine Art and commercial signage.

Each painting is an explicit condensation of Gbur’s own art historical influences. Warhol’s screen-prints provide a generative point of reference: he imagines those works’ underpaintings, with the top layers of detail stripped away. The artist also adopts and repurposes the aesthetics of Blinky Palermo’s works on canvas and Henri Matisse’s cutouts, cobbling together floating shapes of opaque color. Perhaps most significantly, the legacy of Ed Ruscha is central to this new body of work. Gbur openly appropriates and recontextualizes the famed Pop artist’s subject matter (the Fox Films logo) and palette (the cobalt blue and cadmium Yellow of the iconic Oof). Like the paintings they pilfer, the works in this exhibition are forceful, antic and highly surface-oriented – but they also investigate the sinister power of familiar visual material to lull a viewer into complacency. Taking a cue from Duchamp’s Apolinère Enameled, which consists of an altered advertisement for enamel paint, these paintings explore the effects of manipulation – textual and contextual – on signage: 20th Century Fox becomes 30th Century Fox, comprising an inscrutable admixture of reference and self-reflexivity; producing an effect at once cabalistic and academic.