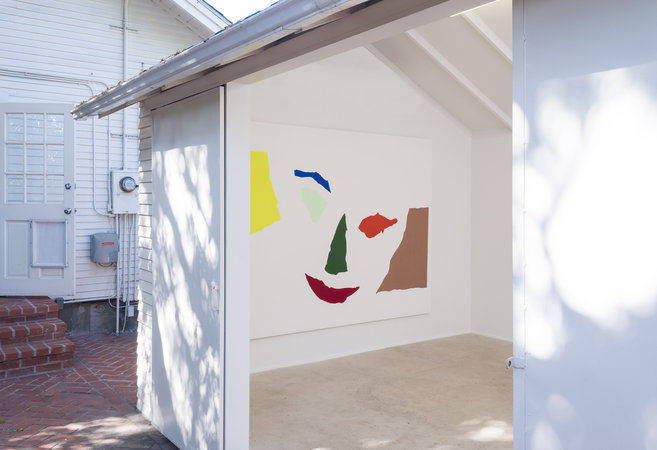 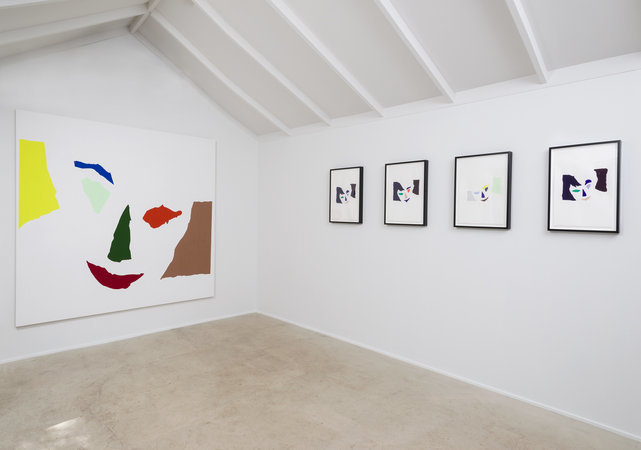 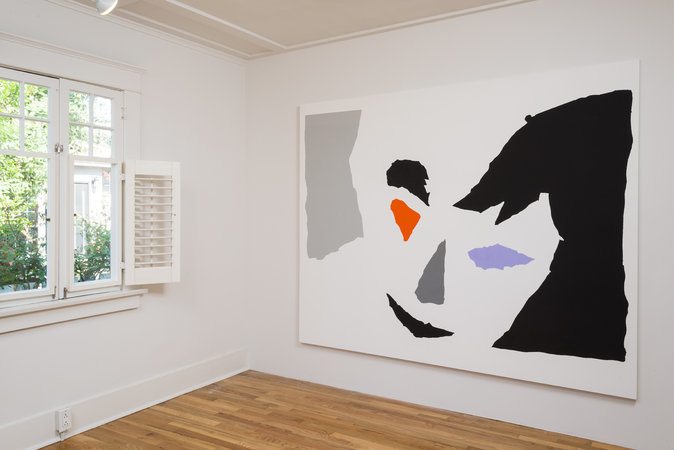 Team (gallery, inc.) is pleased to announce a solo show of work by American painter Andrew Gbur. The exhibition will run from 05 April through 31 May 2015. Team (bungalow) is located at 306 Windward Avenue in Venice, CA. Concurrently, our 83 Grand Street and 47 Wooster Street spaces in New York will house a solo exhibition by Pierre Bismuth and a program of performances by Alex Bag, Marc Hundley and Santiago Sierra.

For his debut Los Angeles exhibition, Andrew Gbur presents new pieces from his ongoing series of face paintings. The artist employs a dramatically reduced visual vocabulary to evoke in crude but instantly recognizable terms the human visage. Form remains consistent throughout the body of work: a crescent indicates a smiling mouth, a rough triangle stands for the nose, and two almond-shapes suggest eyes. Each element is rendered in an opaque coat of vivid pastel, the portraits limited to just a few shades of color. Rather than evincing sweetness or warmth, the simplicity, symbolized smile and warm, beautiful palette carry a sinister quality; more jack-o-lantern than smiley face, the portraits explore the potential for misleading and deception inherent in visual signage.

The facial features float in unpainted white, offset by jagged blocks of color on either side. This blank field, upon close inspection, seems to indicate the head – however its vacuousness is more striking than any representational characteristic. The colored blocks end geometrically before the canvas’ edge, allowing the virginal emptiness to bleed to the edge and form a border around the image. Gbur’s destabilizing treatment of negative and positive space further explicates a non-mimetic relationship to their supposed subject matter: the pictorial template serves as fluid iconography, semantically voided, bolstering the painting’s surface.

These works pay clear tribute to Warhol’s screen-printed portraits, envisaging their underpaintings with the surface layers of detail stripped away. The eerie perfection of formal repetition, subtlety of coloristic variation and austerity of the material application endow them with an estranged, almost mechanical quality. The resultant pictures are halfway between Henri Matisse and Blinky Palermo. In spite of their child-like rendering and seemingly innocuous, familiar subject matter, the paintings read as alienating and vaguely impenetrable, corrupted pictographs charged with a kind of lecherous hunger. Confronted with these faces, one cannot help but wonder: what’s in a smile?

Gbur has been the subject of solo shows at galleries both stateside and abroad. This is his first exhibition in Los Angeles.