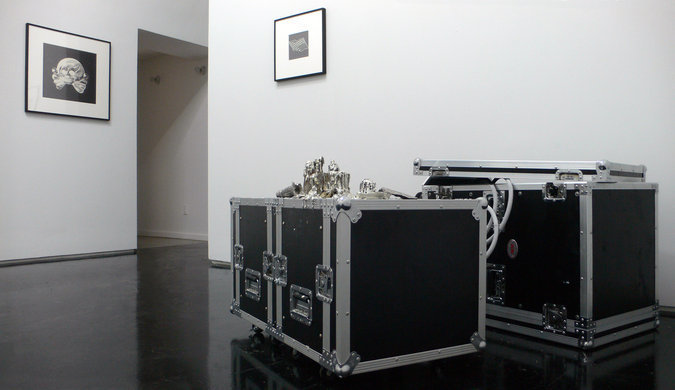 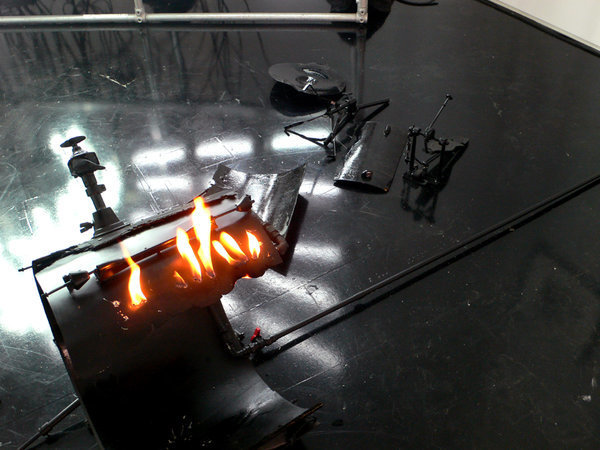 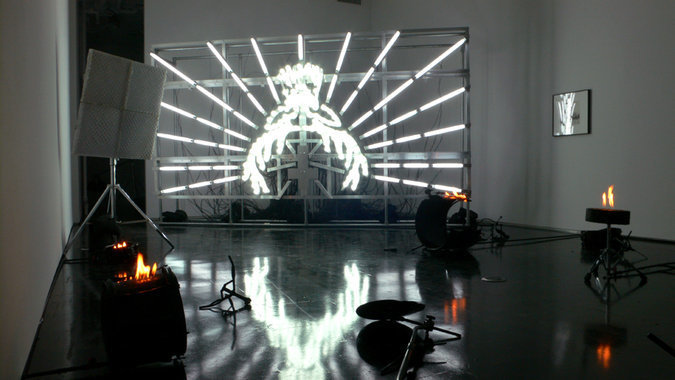 Team and Gladstone Gallery are pleased to announce their collaboration on an exhibition of new work by Banks Violette. The exhibitions will run from the 28th of June through the 17th of August 2007. Team Gallery is located at 83 Grand Street, cross streets Wooster and Greene, on the ground floor. Gladstone Gallery is located at 515 West 24th Street, cross streets Tenth and Eleventh Avenues, on the ground floor.

Banks Violette, whose interests both in minimalist form and in the transmissions of subcultural communities, have determined the course of his artistic practice since 2000, has been increasingly drawn to collaboration as the conceptual support for his installations. These collaborations have, more often than not, paired Violette with Stephen O’Malley, the musician most frequently associated with the drone metal band Sunn O))). O’Malley, for example, has now worked closely with Violette on three major projects with this new exhibition functioning as a continued bridge with these previous installations.

A battery of materials, and their deployment in stage-like and other performative and theatrical platforms, has also kept the practice grounded within a rich matrix of art historical, philosophical and socio-economic associations. As likely to use steel and salt as fabric and light, Violette shifts a viewer’s perspective by always implying more than what is on view. There is always a ghostly other that sits besides the installations and which frequently exists long-afterwards in the memories of spectators.

This is Banks Violette’s third solo show at Team, his first at Gladstone. Violette’s last solo show in New York was held in 2005 at the Whitney Museum of American Art. This marks the first time since 2002 that Violette has done a solo show at a gallery in New York. Violette is currently included in the The Shapes of Space exhibition at the Guggenheim Museum in New York and the Bastard Creature exhibition at the Palais de Tokyo in Paris. He has also shown his work at the Migros Museum fur Gegenwartskunst, the Kunstmuseum St. Gallen, the Schirn Kunsthalle in Frankfurt, and at Rotterdam’s Museum Boijimans van Beuningen. Violette has shown his work at galleries in Brussels, Tokyo, Los Angeles, Munich, Vienna and Oslo, among others. Violette was included in the 2004 Whitney Biennial and in last fall’s USA Today exhibition at the Royal Academy in London and his most recent monographic exhibition was held at the Kunsthall in Bergen, Norway. Violette’s work is in numerous public collections, including, in New York alone, the Guggenheim Museum, the Whitney and the Museum of Modern Art.