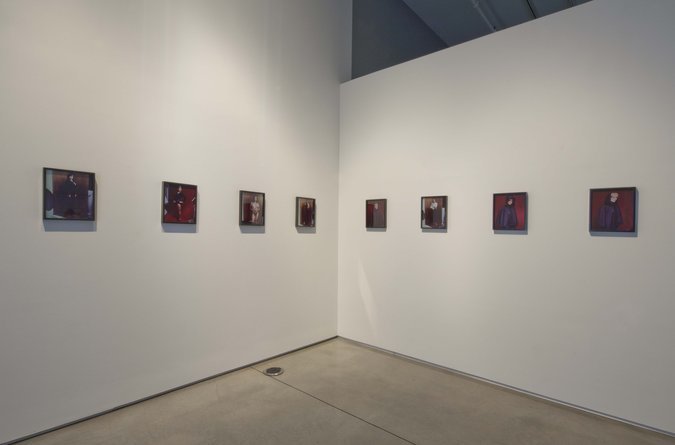 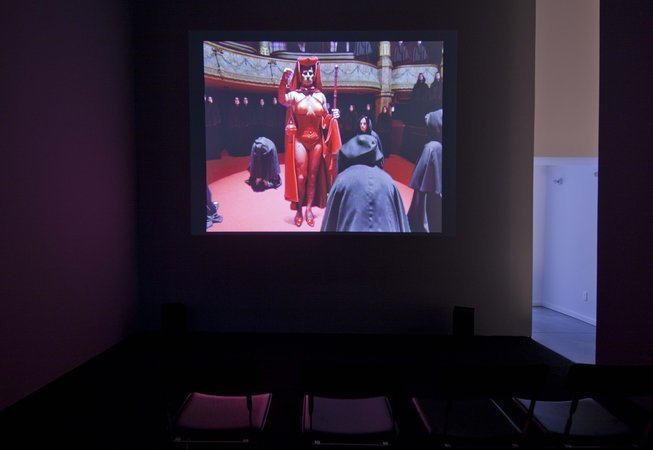 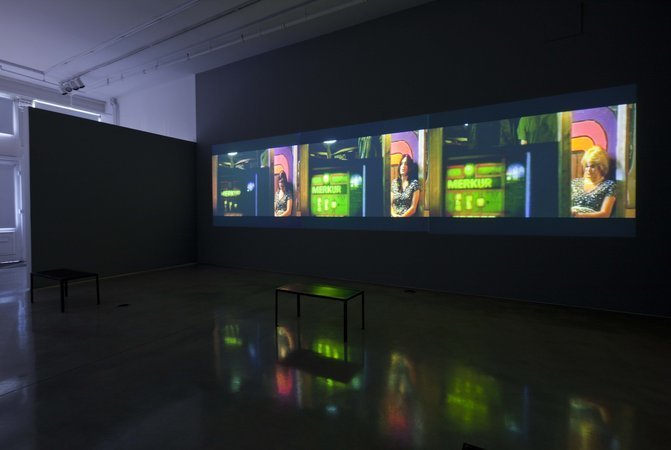 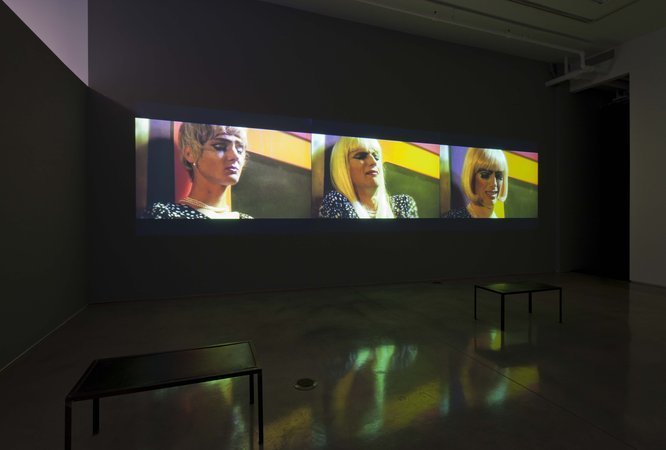 Team Gallery is pleased to announce our third solo presentation by French video artist Brice Dellsperger. The exhibition, entitled Refreshing Fassbinder…and others, will run from the 13th of January through the 12th of February 2011. Team Gallery is located at 83 Grand Street, cross streets Wooster and Greene, on the ground floor.

For this exhibition Team will present two of Dellsperger’s films from his ongoing series Body Double, titled after the iconic post-modern thriller of the same name by Brian De Palma. The exhibition premieres Dellsperger’s most recent addition to his twenty-eight-part oeuvre, a rhythmic three-channel sequence after Rainer Werner Fassbinder’s 1978 film In a Year with 13 Moons. Also on view is Body Double 22, after Stanley Kubrick’s Eyes Wide Shut (1999). The show will continue to examine Dellsperger’s longtime fascination with issues of the psychosexual in contemporary cinema.

On screen, the term body double refers to a situation where another person stands in for a credited actor or actress in the same role. In Dellsperger’s ongoing project, its literal application is evident with his use of substitutes in place of the source material’s original performers. Along with the doubling that occurs here, the two films on view delve further into a studied critique of authenticity, via digital slippages, irregular lip-synching, and obviously cheap or haphazard sets and costumes. Socially prevalent constructs of gender and identity, in part supported by Dellsperger’s original sources, become a playground in which to continuously remind the viewer of their instability, with both the technical and contextual make-up of the work.

In the main gallery is Body Double 27, 2010, a three-channel video installation of the same scene repeated, side-by-side, with several different actors playing the same role as varying “types.” In Fassbinder’s film a man lusts after his co-worker Anton, who says to him “Too bad you are not a woman”, to which the man responds by becoming a woman. Dellsperger’s film is a repetitive meditation on an arcade scene where in each of the three frames, one of the transvestite characters sidles up to a man, seen from behind. The man is always unresponsive, and subsequently each of the characters retreat to a private space where an array of emotional breakdowns ensue. Dellsperger's looping fragments form an unrelenting examination of the universality of desire and unrequited love, and a parody of clichés associated with loneliness and drag culture. Yet, despite its tragicomic bent, it achieves an unmistakable humanity.

In the rear gallery is Body Double 22, 2007-10, a non-linear composition restaging select scenes from Stanley Kubrick’s thriller Eyes Wide Shut, with Dellsperger’s longtime collaborator Jean-Luc Verna, playing every character, both male and female. The film uses digital technology to splice together a multitude of Vernas, creating an uncanny assembly of transvestite clones. Verna’s dramatic range is broad, and tinged with a menacing humor. With an expressivity echoing the overly determined melodrama of Kubrick’s film, Dellsperger revisits his perennial themes of collapsed notions of gender, destabilized identity, and the infiltration of gay subjectivity into the Hollywood mainstream.

In Dellsperger's work, the cinema is not an old boyfriend's sweater that one wears loosely, taking comfort in its cache of memories. In his work the cinema is an accent, inculcated into a child and dragged forward into adulthood; it is a nervous tick that can't be unlearned; a tell in a card game that gives away the player's hand; a bit of scar tissue that proves an accident. The cinema is not only a language we all speak, it is an unspeakable inheritance that chains us to gestures, modes of speaking and of lovemaking. It teaches us desire, concepts of loyalty and of fair play. It presents us with a limited palette of possible aspirations and tells us what dreams are made of. It is, to put it simply, the parameter for being.

As Dellsperger slips his players into film history he somehow reasserts the reader as writer, wresting control from the dominating media and allowing for more erratic forms of beauty.

Brice Dellsperger has had numerous solo exhibitions at galleries and museums internationally, including Kunstbunker, Nurnberg, Germany; The Akbank Art Center, Istanbul, Turkey; Midway Contemporary Art, St. Paul, Minnesota; and Le Consortium, Dijon, France. He will mount an exhibition along with Jean-Luc Verna, at FRAC Alsace, France, in June of 2011. His work is represented in numerous public collections including that of the Museum of Modern Art here in New York.