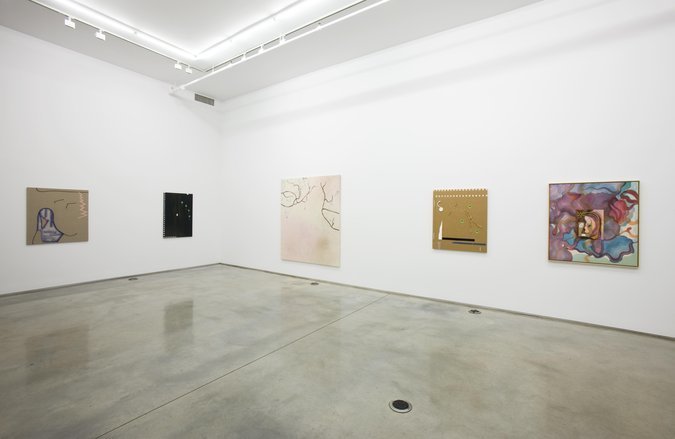 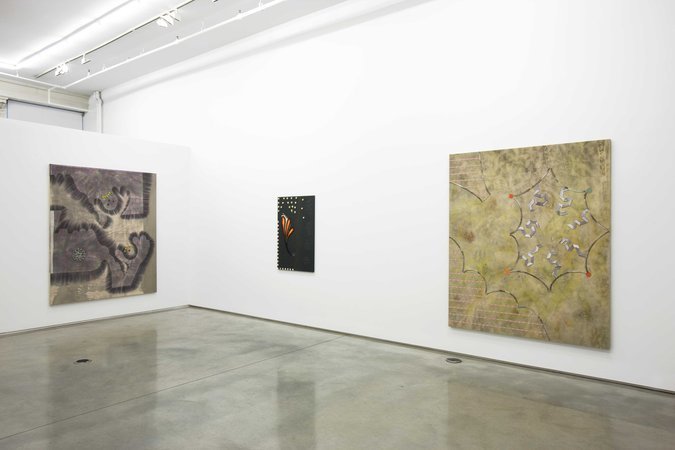 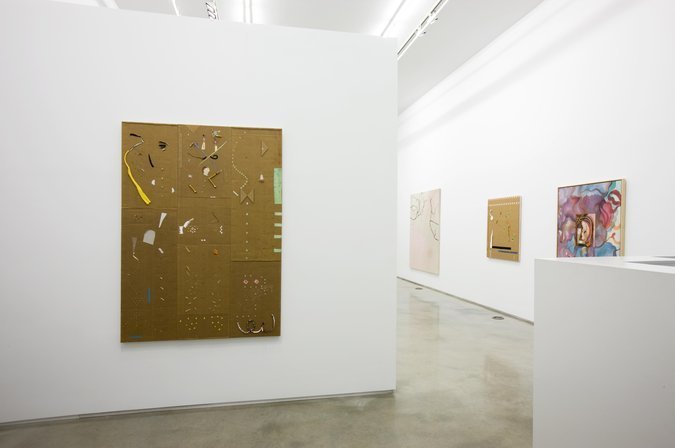 Team is pleased to announce our first solo presentation of work by the Los Angeles based painter Chris Vasell. The exhibition, entitled The Estate of Chris Vasell, will run from the 28th of October through the 18th of December 2010. Team Gallery is located at 83 Grand Street, cross streets Wooster and Greene, on the ground floor.

Chris Vasell’s abstractions are informed by elements of color field painting, op art, figuration, and the abject. His paintings and collages are structured with a keen cerebral control that exists alongside a constant flirtation with chaos, repeatedly blending slapstick humor with a serious encyclopedic knowledge of his medium’s historical lineage. His consistent refusal to settle into a signature style is reflected in a malleable practice in which divergent bodies of work display an optimistic restlessness, revealing a playful and open-ended engagement with materiality.

Vasell’s process can be characterized as an aestheticization of temperament. In his shifting methodology, an attitude of non-conformity elicits a jovial poetics of dissonance. One could argue that Vasell’s meandering stance is consciously subversive and an examination of his output to date elucidates this thesis. In earlier works, a concern with the perceptual space of painting juxtaposed abstracted human faces with overlapping skeins of color. These representational avatars reflected the act of looking back onto the viewer. Strong references to spirituality and psychedelia led to works that borrow freely from the history of optical painting, with treatments of softly vibrating concentric rings. He has riffed on the sublime trajectories of color field painters such as Helen Frankenthaler and Morris Louis in paintings that hybridize a hippy tie-dye Camp with a philosophical contemplation of the void. Recent works have shown an engagement with the relationship between fine art and craft, yielding paintings made from collaged remnants of painted canvas.

For this exhibition, Vasell furthers his idiosyncratic project with a new body of work that utilizes detritus scavenged from life, which is then frequently appliquéd to corrugated cardboard sheets. By turning to cardboard as both a support and a surface material, Vasell recalls artists such as Daniel Spoerri, Robert Rauschenberg and Al Hansen in his process. The resultant bricolage includes bits of underwear, bottle caps, cigarettes, fuzz, and lace, and suggests a coyly off-hand, punk sensibility. By using discarded common materials alongside the standards of paint, canvas, and stretcher, Vasell’s new work performs another shape-shifting coup. These painterly aggregates toy with the forms and functions of a recycled vernacular, inviting a celebratory critique of traditional notions of style. His is not the mechanical mode of recycling that dominates contemporaneous dialogues surrounding appropriation, reproduction, or distribution. Instead, a strong engagement with the physical properties of materials is a starting point for his survey of repurposed painterly tropes.

Vasell has had numerous solos in galleries both in the U.S. and abroad, and has participated in exhibitions at several museums, including The Aspen Art Museum and Chicago’s Museum of Contemporary Art. His work was included in the 2006 Whitney Biennial.