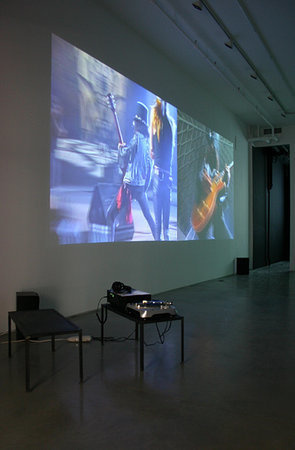 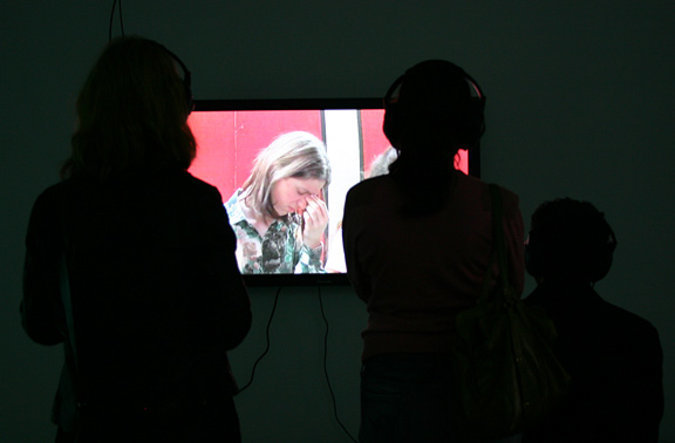 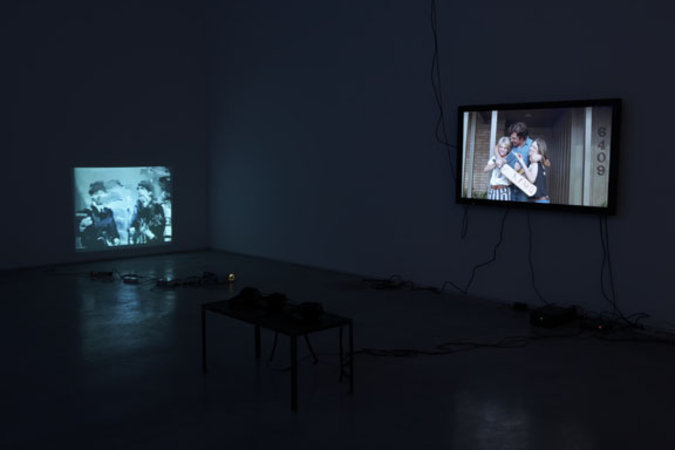 Team is pleased to announce that it will inaugurate its SoHo space with an exhibition of new work by Cory Arcangel. The exhibition, entitled subtractions, modifications, addenda, and other recent contributions to participatory culture, will run from the 29th of September through the 4th of November 2006. The gallery is located at 83 Grand Street, cross streets Wooster and Greene, on the ground floor.

For his second solo show at Team, Cory Arcangel continues his practice of tweaking old data. Gone, however, are the Nintendo and Atari Game systems—replaced instead by Richard Linklater’s stoner classic Dazed and Confused, Guns and Roses’ tune Sweet Child O’ Mine, the Beatles’ vaunted appearance on the Ed Sullivan Show, Bruce Springsteen’s legendary Born to Run LP and Dennis Hopper’s 80s cop drama Colors. What Arcangel has done with each of these texts focuses our attention not on the replaceability of contemporary cultural production, but on its adaptability, fertility, and resilience.

Arcangel, who graduated from the Oberlin Conservatory of Music with a degree in Technology in Music and the Related Arts, came to the artworld through a number of internet based activities. These, in turn, lead to invitations from institutions for lectures and demonstrations, a performative aspect which naturally called for the creation of digital environments. These latter pieces evolved into stand-alone artworks, frequently exhibited with soundtracks created by Arcangel in collaboration with others, such as Paul B. Davis, a London-based disc jockey.

Arcangel’s work was included in the 2004 Whitney Biennial and in 2005’s Greater New York exhibition at PS1. He has also shown his work in New York at The Museum of Modern Art, The New Museum of Contemporary Art, and at The Guggenheim Museum. Arcangel has shown his work at galleries and museums in London, Paris, Salzburg, Brussels, Oslo and Stockholm, among others. Arcangel was the subject of a one-person exhibition at Zurich’s migros museum fur gegenwartskunst in 2005.