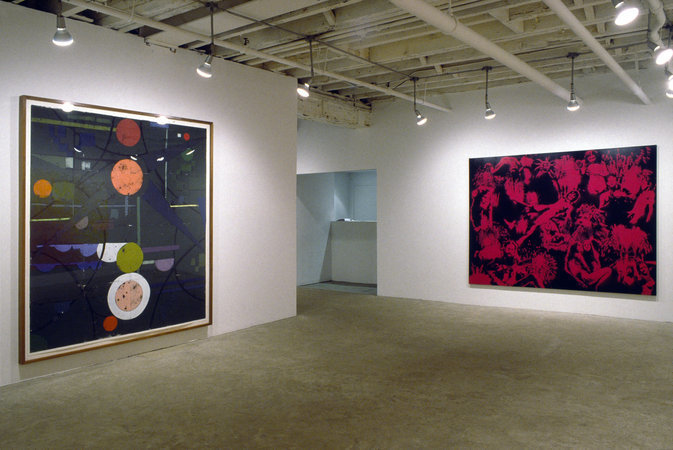 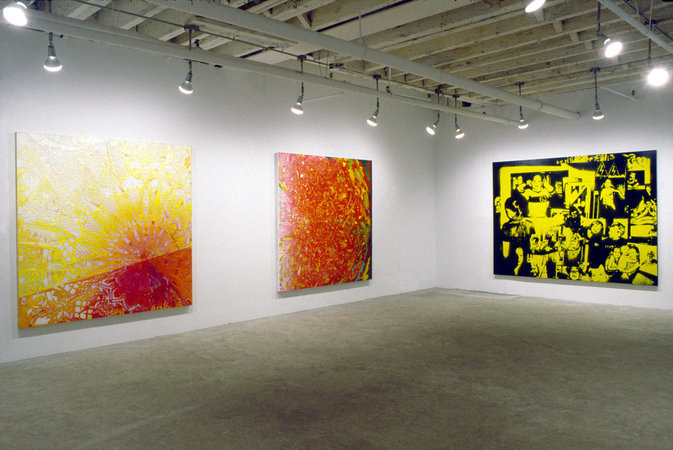 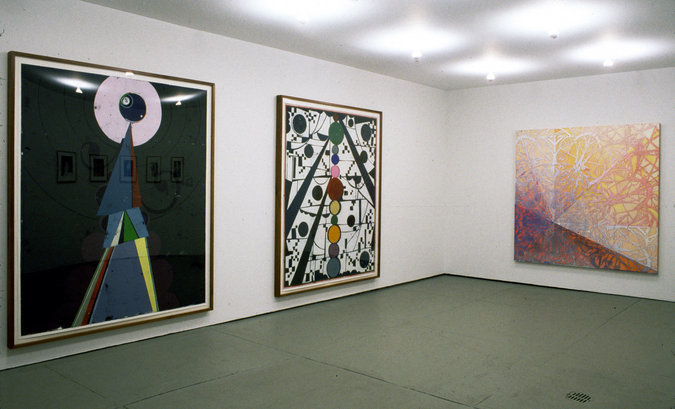 Team Gallery will present a three-artist painting exhibition entitled loveless from the 11th of March through the 8th of April 2006. The gallery is located at 527 West 26th Street, between Tenth and Eleventh Avenues, on the ground floor.

Each of the artists represented here makes a finished object whose process relies greatly on the manipulation of paper, and whose finished pieces inference, in some way, different kinds of print making. There is, in the works of all three of these artists, a construction of the image which stems from a hunter/gatherer sensibility, along with the creation of a surfaced aesthetic that pulls towards the psychedelic.

David Ratcliff, based in Los Angeles, searches the internet for collections, or lists, of items -- e.g. nudists, children aged six to twelve -- which he then reassembles to create the image tracks for his paintings. Ratcliff's pictures are made from elaborately complex hand-made stencils that are constructed on his home computer and then printed onto standard office-grade paper. Over the course of fourteen days the stencil is cut out and painstakingly attached to the surface of a black painting. Having chosen one color, he then sprays the picture in 20 minutes.

Gert & Uwe Tobias, identical twins living and working in Cologne, are inspired equally by eastern European folkloric designs, constructivist paintings and horror film posters. Drawings and collages are the first step in their process, followed by the elaboration on computer of totemic, figurative and abstract elements that are incorporated into their large woodcut prints. The Tobias Brothers conflate myth and autobiography; cult and the world; in works that mine contemporary culture and modernist impulses in what is essentially an archaic form.

Upon close inspection Lane Twitchell's vast abstractions reveal themselves as boundless cosmologies that incorporate images and structures from a vast network of Americana. Twitchell, based in New York, creates swirling, tantric paintings through a complex process of cutting a paper stencil which is then affixed to the surface of a panel. Using quotidian markers (road signs, chain-link fencing, telephone poles), Twitchell zeroes in on an original mystic's vision. Doily-like in their lace effect, but overwrought in their impenetrable psychedelia, they are at once quaint and disquieting.

This is the tenth Team exhibition in as many years that uses an album title, or lyric fragment, as its title. In this case, the show has been named after My Bloody Valentine's 1991 album loveless, the seminal work and great accomplishment of the shoegazer school and, as such, is meant to endorse the current shoegazer revival.