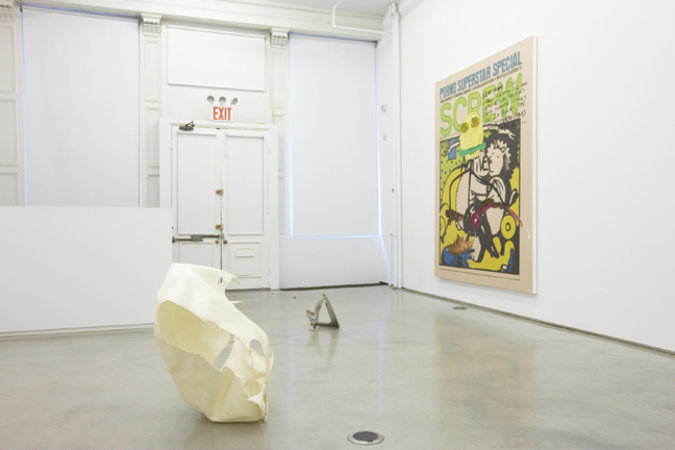 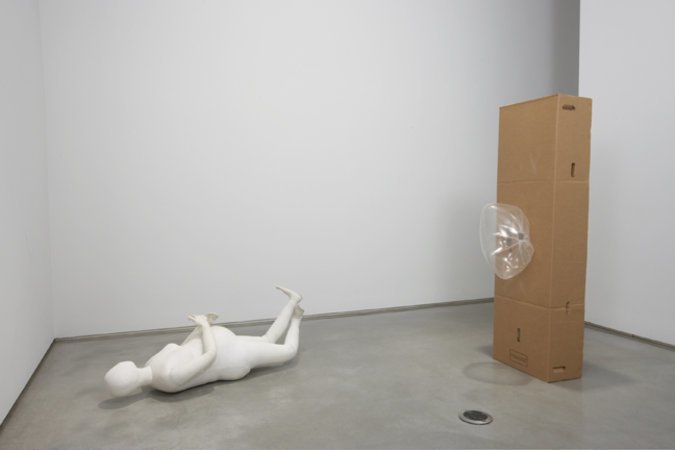 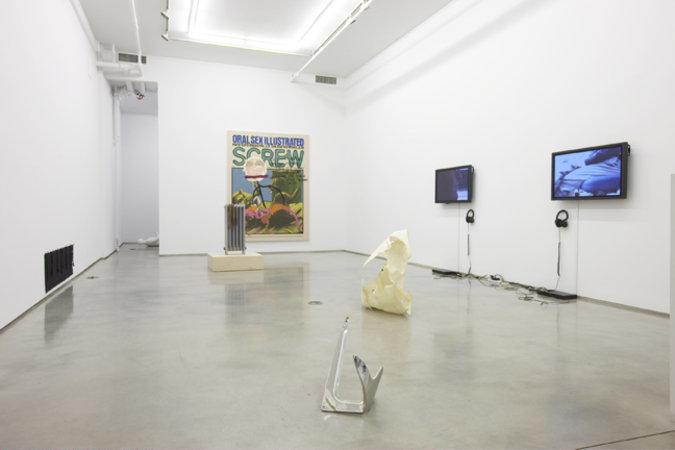 Team is pleased to present a group exhibition organized by Miriam Katzeff. Forced Exposure will run from the 1st of July through the 6th of August 2010. The exhibition will include paintings, video and sculptures by Lutz Bacher, Tom Burr, Ross Knight, and Bjarne Melgaard. Team Gallery is located at 83 Grand Street, cross streets Wooster and Greene, on the ground floor.

This exhibition focuses on works of art that position the viewer as an interloper in the gallery. As technology encourages people to expose themselves to unknown audiences online, the idea of privacy has relaxed to reflect these developments. The works on view test whether this lack of boundaries extends into the physical world. While the artists in the exhibition do not have a strictly confessional style, the works force an immediate and awkward intimacy onto the viewer.

For over a decade, Lutz Bacher has produced an ongoing body of work entitled Do You Love Me? Interviewing curators, friends, and dealers about her life and her work, Bacher asks the questions but never appears on film. Using whatever technology was available, the seemingly casual interviews reveal more about the person answering the questions than the evasive artist. It is easy to imagine how Bacher’s relationship with the subjects must change as a result of uncomfortable revelations.

Using minimal forms and personal dedications, Tom Burr’s sculptures recreate private architectures as public stages. Through his transformation of domestic objects, Burr produces a sense of access to interrupted encounters. Black Wall Skirt simultaneously alludes to conceptual, physical and psychological spaces. The forms are loaded with possibilities of the fulfillment and failures of concealed desires.

Ross Knight’s formalist sculptures combine utilitarian materials with corporeal references to suggest secret rituals that are deliberately unresolved. In Void Fill, a cardboard box that is the height and width of an average man is punctured by a plastic bag filled with air. While Knight operates on his works with a reductive precision, the sculptures aspire to a precarious quality as though they were hastily abandoned in the gallery.

In Bjarne Melgaard’s most recent paintings, old pornographic magazines are defaced with crudely executed figures and scrawled texts from a continuous novel that relies on the violent mythology surrounding the artist. Like the rest of Melgaard’s work, the fragmented and diaristic qualities of the text lures the viewer into the artist’s constructed personas and manipulates the relationship between fact and fiction.