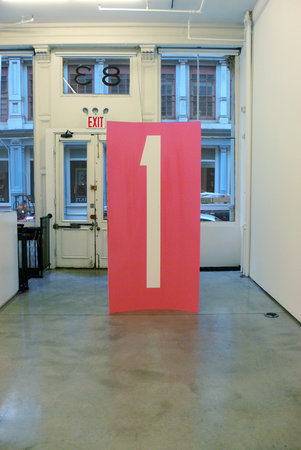 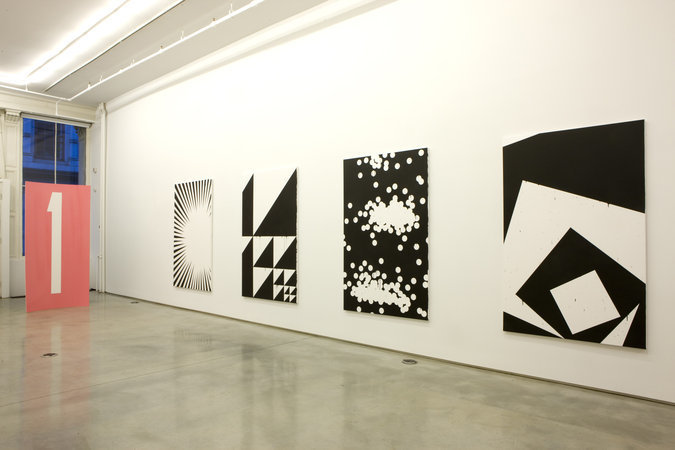 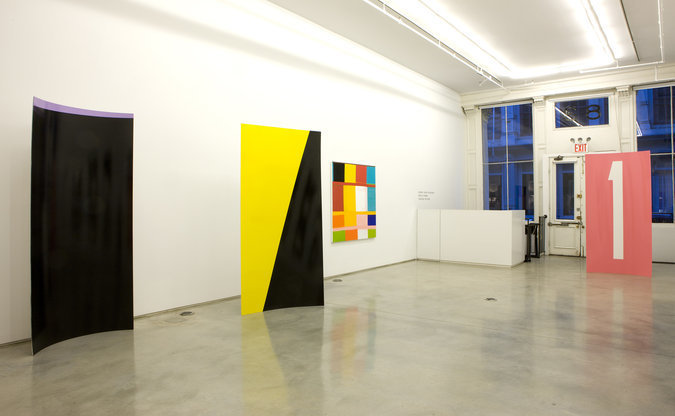 Team is pleased to present a three-person exhibition of new work by Gardar Eide Einarsson, Davis Rhodes and Stanley Whitney. The exhibition will run from the 8th of January through the 14th of February 2009. Team Gallery is located at 83 Grand Street, between Wooster and Greene Streets, on the ground floor.

Ostensibly a three-person show of paintings, this grouping of works might appear at first glance to hang together solely on formal terms — stability battles de-centralization, the presence of vibrant color engages with its absence, concept collides with gesture. However, the ideas built up from the juxtaposition of the work, substantial enough to carry multiple dialogues, come from a creative position the participants similarly share. These three artists provoke enduring questions concerning individual and universal realities: Einarsson by disseminating text and graphics drawn from both isolated and public environments, Rhodes by giving history to elements of ubiquitous signs and shapes, and Whitney by manually organizing color according to a breakable rule set.

Gardar Eide Einarsson restates and stages message-loaded slogans, phrases, expressions, symbols, and artifacts in minimal grayscale schemes. When taken out of context, simplified, and recomposed in new materials, the messages, although nearly unrecognizable, harbor a sense of latent meaning, which instigates a search for one “true” reading of the work. This truth however remains far-off in the distance, where the political and social forces contributing to its creation and legibility were generated.

Davis Rhodes blends color-field and hard-edge painting with post-minimalist positions in order to explore the relationships between private studio practice and public performance. Rhodes takes the concept of the painted object as his starting point, posing questions that surround the act of painting and the cultural values assigned to paint, surface and display strategies. Sourcing colors from forms with strong associations, Rhodes spray paints light-weight, disposable materials, also marked by the artist’s hand and treated as props, which he then subjects to a cycle of environments: studio, outdoors, exhibition space.

Stanley Whitney adheres to self-imposed constraint — for almost 30 years, painting compositions of vibrant color squares and rectangles set edge-to-edge between horizontal bands. While his work makes use of formal parameters belonging to the Avant Garde and geometric abstraction, it is compelled by personal investigation, which has allowed it to paradoxically extend into and reassert itself as historic within contemporary practice. In each painting, Whitney arrives at a synthesis of dissonance and harmony without ever repeating himself, as his process reveals the schism between intent and outcome.

Einarsson, a Norwegian artist based in New York City, has been showing with Team Gallery since 2005. With this exhibition, Rhodes and Whitney, both Americans, are making their debut appearances at Team.