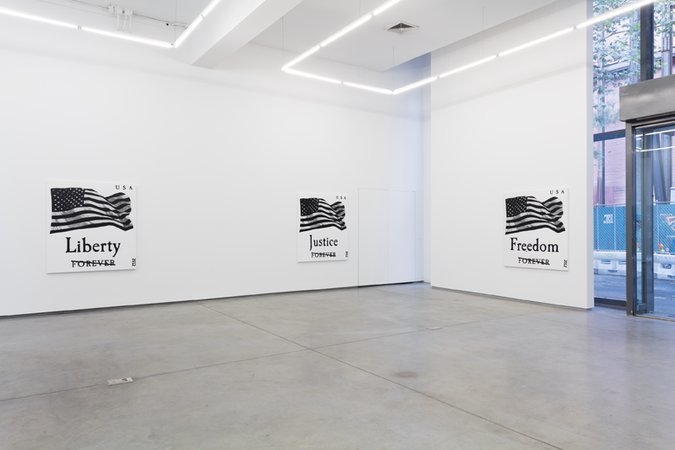 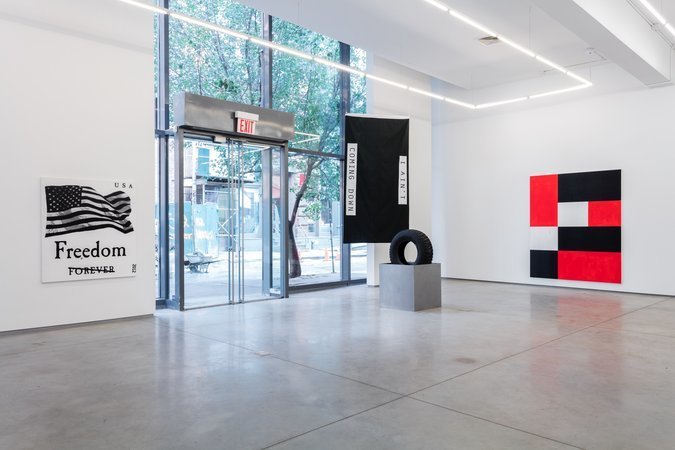 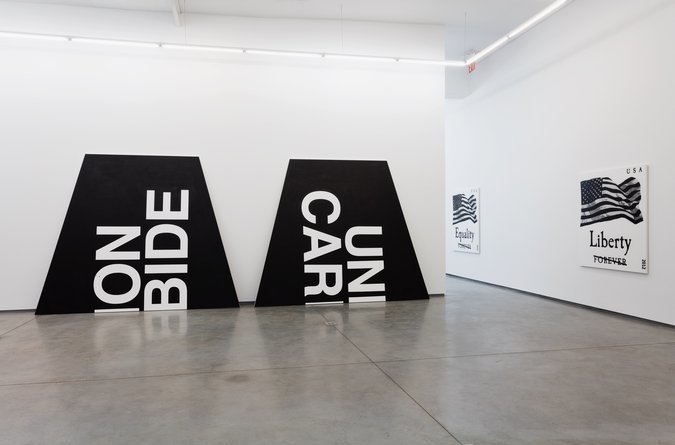 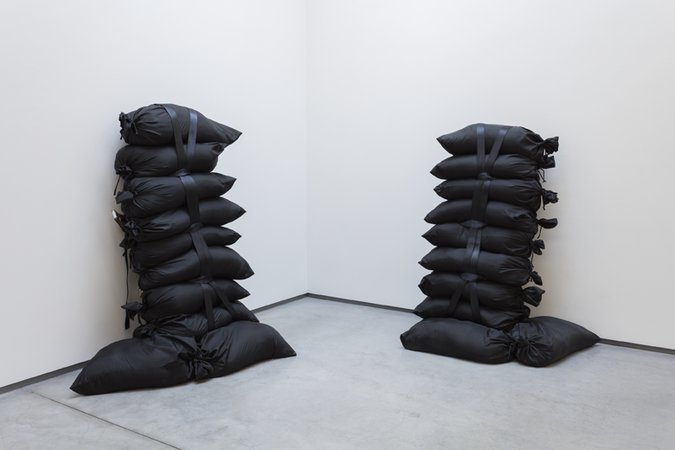 Team (gallery, inc.) is pleased to announce a solo show by the Tokyo-based, Norwegian artist Gardar Eide Einarsson. Entitled FREEDOM, MOTHERFUCKER. DO YOU SPEAK IT?, the exhibition will run from 10 September to 01 November 2015. Team (gallery, inc.) is located at 47 Wooster Street, between Grand and Broome, on the ground floor. Concurrently, our 83 Grand Street space will house a one-person exhibition of new work by Robert Janitz.

FREEDOM, MOTHERFUCKER. DO YOU SPEAK IT? is Einarsson’s first American solo since permanently giving up residence in the United States, where the peripatetic Norwegian resided for over a decade. Fittingly, this show sees him turn his attention to contemporary America, specifically a conception of the nation as an intrinsically violent empire in decline. His multi-lingual, always-appropriative practice scavenges its imagery and forms from mass media; treating its source material as both ridiculous and insidious, the pieces are imbued with Einarsson’s ethos of acute critical distance and resolute non-citizenship. While the artist’s last two presentations at the gallery centered around singular elements of his oeuvre, this exhibition oscillates fluently between painting, sculpture and printmaking, demonstrating the staunchly multi-disciplinary nature of his work.

Einarsson’s artwork is thoroughly grounded in his academic and theoretical background, as well as his personal history with anti-establishment subculture. A foundational gesture for his practice is the annexation of existing cultural iconography via rendering in his signature black and white palette – a stratagem that interrogates the hierarchical nature of our notions of ownership and criminality. In this show, for example, a painting of the Union Carbide logo – the American company responsible the catastrophic 1984 Bhopal Gas Tragedy, widely considered the world’s worst industrial disaster – continues over two shaped canvases, propped against one another so the subject and source are initially obscure. By demanding closer visual investigation, the work also forces a consideration of the massively violent, virtually unpunished track record of the still-extant corporation – now a multi-billion dollar subsidiary of Dow Chemical.

The individual artworks demand consideration within the larger context of the exhibition, as well as the oeuvre. Einarsson deals in networks of surrogates and synecdoche; symbols of power and violence grow in complexity as they are considered against and alongside one another. A sculpture of a car tire stuck in a pothole takes its form from an article in The American Interest titled “Euro Vultures Circle Detroit,” which details the European banks that own over a billion dollars of bankrupt Detroit bonds banding together to hold out and increase the value of the city’s distressed debt. The tire stands for the fall of Detroit, the decay of the American automotive industry, and the coming displacement of the U.S. as the leading world power. However, it also refers back to Einarsson’s 2012 exhibition at Team, which contained an installation consisting of 228 locally sourced tires and 28 cast resin bamboo poles; this sculpture mimicked the civilian barricades erected on Bangkok’s streets during the bloody anti-government riots of Spring 2010. This new work, as a result, points to the latent violent potential of seemingly quotidian objects, as well as the complex and inter-related systems of control and profiteering that surround civilian bloodshed.

Other works in this exhibition employ seemingly innocuous imagery to direct critical attention towards the state. The geneses and meanings of Einarsson’s objects are rarely self-evident, requiring deeper consideration and investigation to bring out their grisly natures. Large-scale paintings of U.S.A. FOREVER stamps are in fact reproductions from the USPS website, featuring a strikethrough over the text intended to prevent counterfeiting; the works highlight the chauvinistic message espoused by something so banal as our postage. Greyscale screen-prints of homes, upon further inspection, reveal themselves to be pictures of full-scale models of Japanese and German civilian domiciles built during World War II to test the effectiveness of explosives. Sculptures of sandbags are taken from a newspaper article about Utah’s re-instatement of firing squads as a means of capital punishment. Here, the obscurity of violence speaks to its profound entrenchment in all levels of our culture.