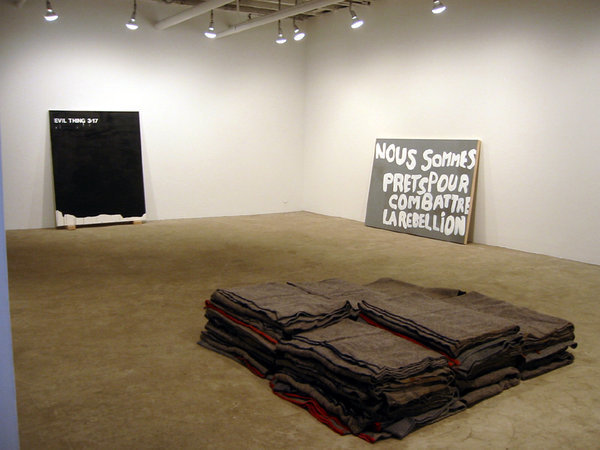 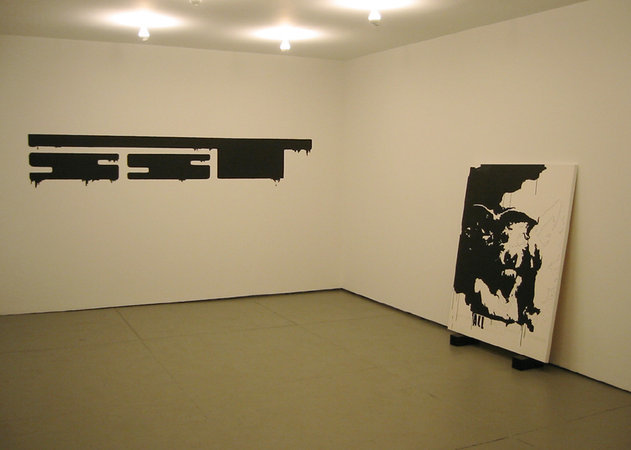 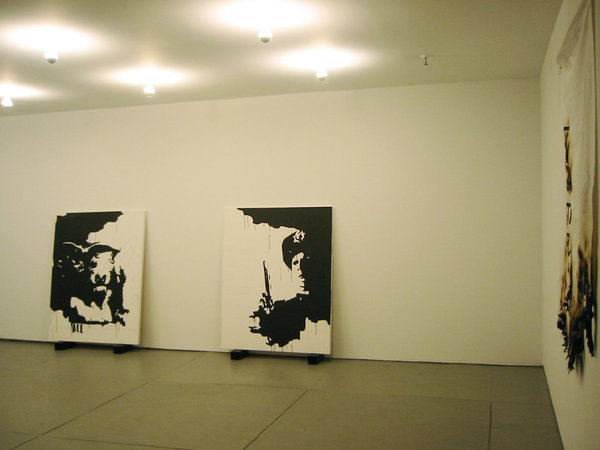 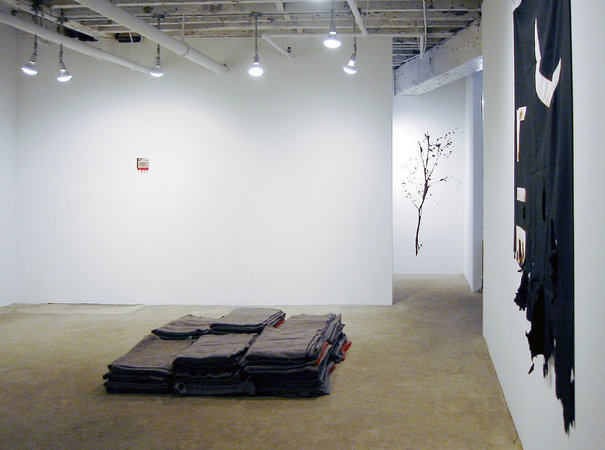 Team Gallery is pleased to inaugurate its tenth season with the first American solo show by Norwegian artist Gardar Eide Einarsson. Entitled leashed or confined, the exhibition will run from the 29th of September through the 5th of November 2005. The gallery is located at 527 West 26th Street, between Tenth and Eleventh Avenues, on the ground floor.

This exhibition is part of a modest revival among young artists seeking to re-investigate the possibilities of text-based forms. Einarsson, however, chooses to deploy text through a widely variegated strategy that includes the disciplines of painting, photography and sculpture rather than restricting himself to one mode of production. A show of signs, leashed or confined, appropriates diverse texts — first distilling them, then unleashing them, in a condensed, yet cryptic, form.

A flyer for a Misfits all-ages show, an advertisement for a television documentary, and a text scrawled on cardboard at a rally in the republic of Ivory Coast are given equal footing in Einarsson’s works which consistently point to the ideological battle inherent to sign systems. Newspaper clippings, generic protest signs, album covers, a Danzig song title (along with its running length), corporate logos, flags from America’s war for independence all become triggers for Einarsson’s production of props which are then quite theatrically arranged. The show also includes two new wall paintings, the genre with which he is most associated.

Even a formalist sculpture made from stacks of blankets becomes an opportunity to both inject political content and to reference an external text. The piece itself, and the manner in which it invites yet resists decoding, is a clear illustration of Einarsson’s thought process. untitled (…and then your wages, your blankets, and your right to suck cocks won’t do you any good, because we’ll all drown) appropriates a line of dialogue from Ship of Fools, a stage play written by Theodore Kaczynski, better known as the Unabomber. Einarsson’s practice always circles back, not only to cultural production, but consistently to its social triggers. One can think of each work as a primary text with a footnoted reference, sometimes referring to an extensive bibliography. To some this obfuscating strategy may seem frustrating, while others will recognize it as an extremely generous position which rewards both casual viewers and more interrogating spectators.

This is Einarsson’s first one-person show in the United States. He has previously been the subject of solo shows in Oslo, Berlin, Köln, Paris and Copenhagen and has participated in numerous group exhibitions throughout Europe. Einarsson’s work is currently included in the Istanbul Biennial.