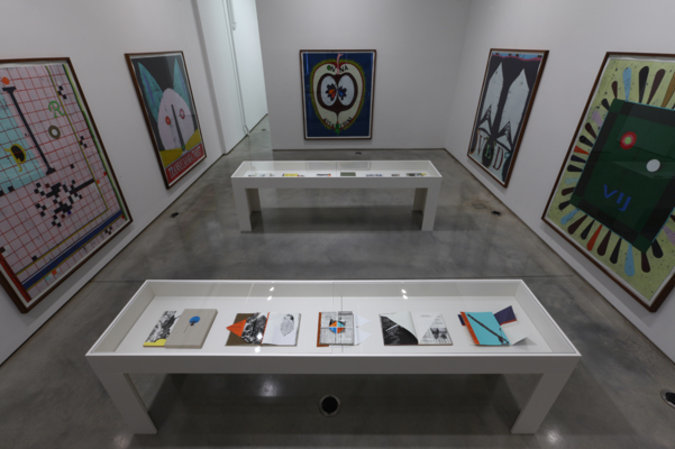 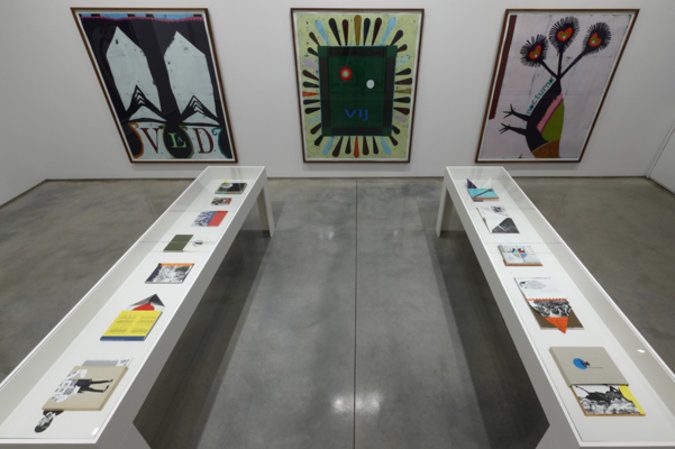 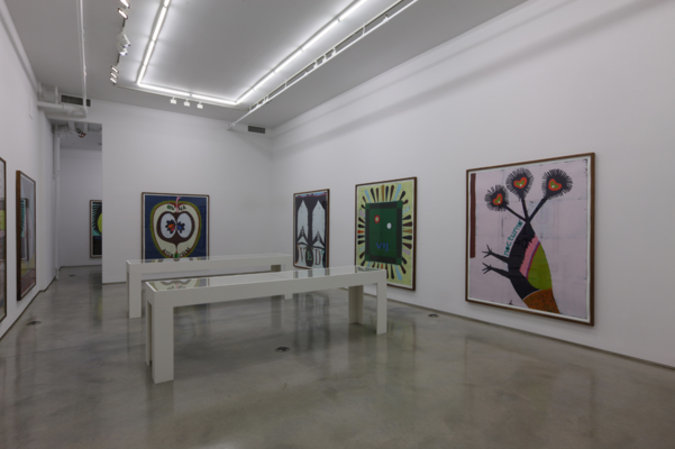 Team is pleased to present an exhibition of new work by the Köln-based brothers Gert & Uwe Tobias. Entitled Come and See Before the Tourists Will Do - The Mystery of Transylvania, the exhibition will run from the 11th of February through the 13th of March 2010. Team Gallery is located at 83 Grand Street, cross streets Wooster and Greene, on the ground floor.

To date, the biographical details surrounding Gert and Uwe Tobias have been used as an entry point to their sophisticated, ultra-stylized and, at times, darkly humorous installations, which, through their incorporation of wall painting, watercolors, collages, vitrines containing altered books, type-writer drawings, ceramic sculptures, and large-scale wood cut prints frequently approach the status of the gesamkunstwerk. The fact that they are identical twin brothers, for example, seems to provide an insight into the fact that their primary mode of production is that of printmaking and that these works are produced in hand-made editions of two — never exactly the same but always alike. Much has also been made of their birth in the region of Transylvania, Romania, as though this fact makes it appropriate that they began their careers with a body of work inspired by (among other things) low-budget vampire movies. This biographical data, however, only provides a cursory introduction to an artistic practice that encompasses an ever-widening range of influences and intentions.

The title of this show, Come and See Before the Tourists Will Do - The Mystery of Transylvania, was initially used by the Brothers in 2004 as an umbrella for a body of work that could have served to advertise horror films had those filmmakers commissioned neo-constructivists to promote their fictions. The brothers chose from a list of titles of American and British films about vampires. These titles were then used as the inspiration for a group of sumptuously rendered, vividly colored wood block prints. These large-scale “posters” — at the same time conservative, modernist artworks and knowing commentaries on the commerce of art making — enjoyed a status as rarified art objects that culled from sources as far ranging as the Bauhaus, vintage fashion magazines, travel posters, and fabric designs. The Tobias Brothers’ vampire posters were, to put it mildly, virtuosic displays of historical knowledge. In 2009, Gert and Uwe decided to return to the series, this time focusing on European horror films, leaving their titles in the source languages. The results will line the walls of Team’s main gallery space.

The Tobias’ introspective and oblique woodcuts lovingly embrace eccentric figuration, geometric abstraction, and the typographic. Presented with them are a series of collages made from cutting and recombining books and other printed matter. These collage/sculptures are shown inside two large-scale vitrines that occupy the center of the space, while Team’s second gallery will contain the “exhibition woodcut.” For each of their solos, the Brothers create a print that functions both as an autonomous artwork and as a promotional tool for the show itself. Surrounding this piece will be a number of drawings made by Gert and Uwe using typewriters and white sheets of paper.

The Tobias’ interest in folklore and regional mythologies provides a contextual framework for their exhibitions. Personal biography, cultural identity, and popular culture all play a role in their creation of an open ended visual dialect. They borrow freely from art historical and other cultural milieus in order to construct a fragmented array of material tropes, which are then subsumed into a whole through a precisely considered exhibition schema.

The Tobias Brothers have had solo exhibitions in the US at the Museum of Modern Art in New York and at the Hammer Museum in Los Angeles. Additionally, solo shows have been mounted by the Kunstmuseum in Bonn, the Bergen Kunsthall in Norway, the Kunstverein in Heilbronn, the Kunsthalle Wien, and the Franz Gertsch Museum in Switzerland. This is their second solo at Team.