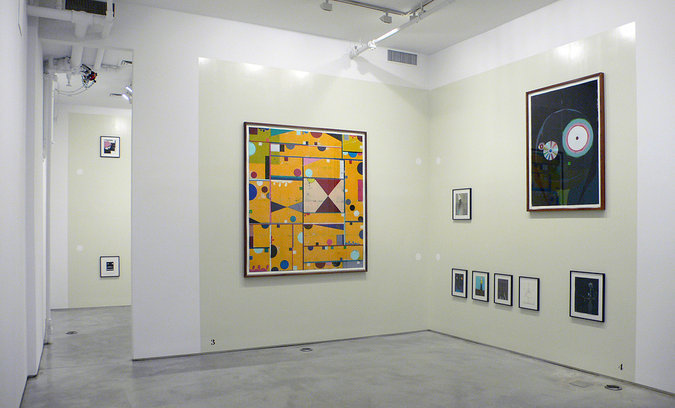 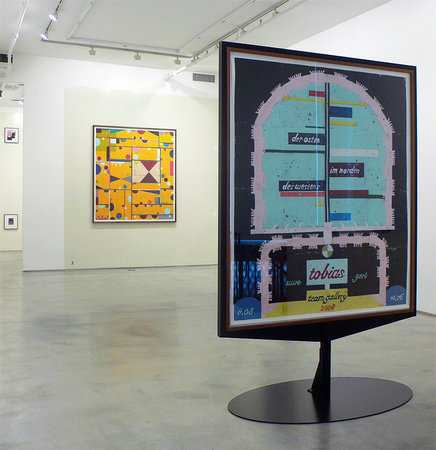 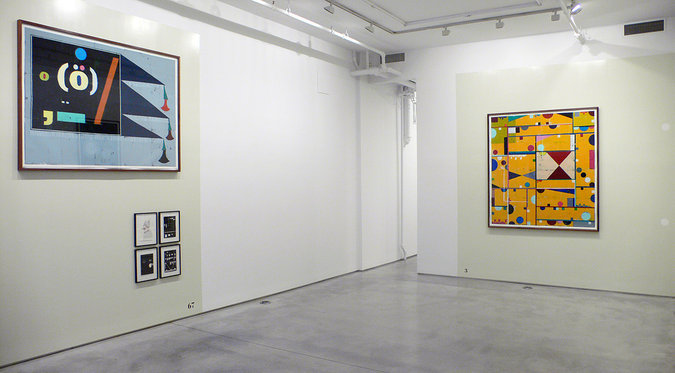 Team is pleased to present an exhibition of new work by Köln-based Gert & Uwe Tobias. Entitled der osten im norden des westens, the exhibition will run from the 8th of May through the 14th of June 2008. Team Gallery is located at 83 Grand Street, cross streets Wooster and Greene, on the ground floor.

Gert & Uwe Tobias make drawings and woodcuts, enlisting pictorial tropes to create a sense of time that fluctuates somewhere between archaic cultural mythology and contemporary visual culture. The title of this show - der osten im norden des westens – translates as “the East in the North of the West” and functions as a locating statement of artistic origin. The twin brothers were born in Romania, now reside in Germany, and create work for a global audience. An evocative nod towards the notion of artist as cultural ambassador, this title makes plain the important layers of place and purpose that the work expounds visually.

Within their idiosyncratic mash-ups of emoticons, Russian Constructivism, Vogue magazine ads, horror movie posters, and Bauhaus architectural references lies a playful energy which results from their dizzying blend of popular art historical and cultural awareness. Gert & Uwe show us what’s theirs while speaking a visual language that belongs to us all. Even when the imagery borders on the ghoulish and frightening - pictures of figures monstrous and foreign, suggesting a dark narrative cribbed from unfamiliar cosmologies – the work is, in the best and most stimulating sense of a word that is so hard to use sharply, fun to look at.

The show, made up of larger woodcuts, wall paintings, and smaller drawings (some include collage, some were made by typewriter), features a striking juxtaposition of elements. Graphic forms arranged in bold color, sometimes alongside text, announce some cryptic order, such as the face of a creature with a taciturn smile and pinwheel eyes; the aggregate effect of which is greater than merely the compilation of individual forms. Each and every artwork’s place in the gallery, and the transformation of the space, has been wholly and elegantly considered incorporating figuration and abstraction in equal doses. In the viewer’s relationship with these pieces there exists both mystery and bold familiarity. The work excites curiosity while always retaining a persuasive accessibility.

The Tobias Brothers have had solo exhibitions in the US at the Museum of Modern Art in New York and at the Hammer Museum in Los Angeles. Additionally, solo shows have been mounted by the Kunstmuseum in Bonn, at the Bergen Kunsthall in Norway, and at the Kunstverein in Heilbronn. This is their first solo at a New York gallery.