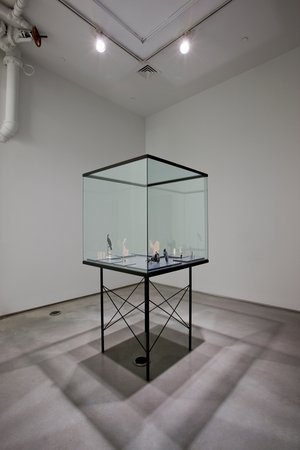 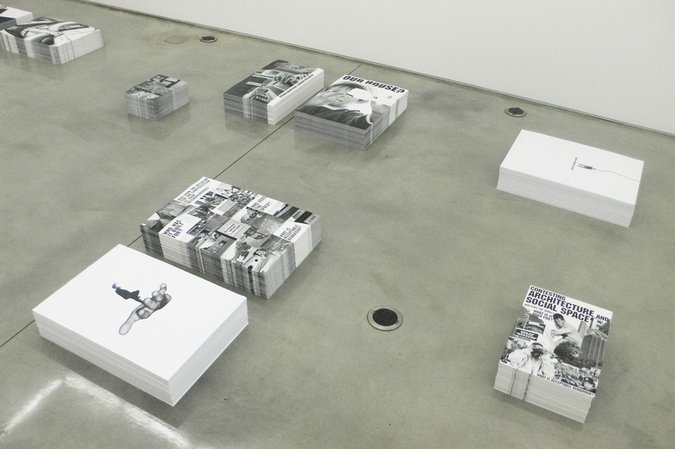 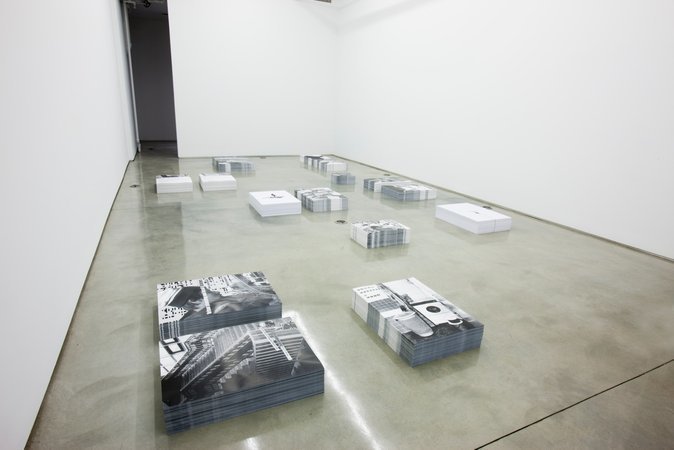 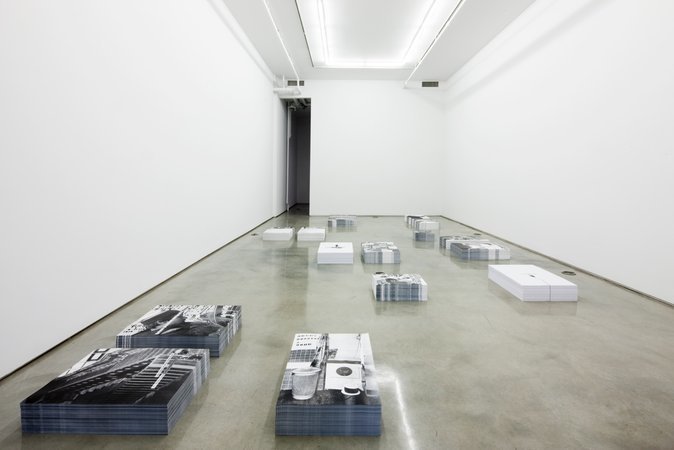 Team Gallery is pleased to announce our third solo presentation with Berlin based artist Jakob Kolding. The exhibition, entitled Blocks, will run from the 5th of May through the 11th of June 2011. Team Gallery is located at 83 Grand, cross streets Wooster and Greene, on the ground floor. Our second space, at 47 Wooster Street, will concurrently house a solo show by David Ratcliff.

For this installation, Kolding will present a retrospective grouping of his commercial grade posters, arranged on the floor of the gallery in stacks. The exhibition’s title, Blocks, alludes to their sculptural presence, as well as to the phrase “building blocks,” and to the organization of urban space into “blocks.” The posters will be free for the taking, causing a gradual decrease in each stack throughout the course of the show. By the close of the exhibition, the gallery will potentially be empty, underlining the ephemeral nature of public signage, as well as the mounting of exhibitions in general.

Since he began showing his work in the late nineties, Kolding has presented posters in his exhibitions and, frequently, in the public spaces surrounding those venues. The posters in this exhibition range from earlier text based works to more recent Dada and Surrealist inspired compositions. Kolding has long recognized that the poster’s civic desire to communicate, advertise, or announce, is essential to the experience of navigating public space. With its main goal of dispersing information, it becomes an effective method for the artist to exercise and disseminate his own concerns.

In the rear gallery, Kolding will present a large vitrine containing several intimately scaled dioramas made from black and white printed images, which have been mounted to wood and cut to shape. This arrangement of freestanding facades signals a migration from two-dimensional collage into three-dimensions, and yields a collection of distinct vignettes, which also function as a single sculpture. Upon closer inspection, the individual scenes become theatrical microcosms in which Kolding’s themes are acted out.

Kolding utilizes strategies of mixing and sampling to lead the viewer through an introspective yet culturally expansive network of reference. With shifting modes of presentation and the structural logic of collage, he considers the social ramifications of rigidly planned urban spaces and modernist architecture, which became prominent in Europe in the 60s and 70s. While questioning the illusion of utopia presented therein, Kolding intertwines sub-cultural references spanning from graffiti, electronic music, and skateboarding, to soccer­, Alice in Wonderland, and Star Wars. At the same time, he investigates the legacies of agitprop, Surrealism, Dada, psychology, and sociology.

Kolding’s work exhibits a unique co-existence of positive and negative sentiments towards the planning, execution, and outcome of ideologically designed urban space. Having grown up in such an environment in a suburb of Copenhagen, his perspective is one that does not dismiss, embrace, or offer an alternative. Instead, he composes an evocative and historically lush tour of both aesthetic and politically-engaged platforms. There is a constant focus on the navigation between the interior space of the mind and the exterior spaces of the built world. Often suffusing imagery of modernist buildings by the likes of Walter Gropius with an iconography stemming from personal experience, he arrives at an introspective aggregate that also deals with more widely accessible issues of social control and gentrification.

Kolding has exhibited in museums and galleries internationally. These include The Stedelijk Museum, Amsterdam, The Netherlands; The Frankfurter Kunstverein, Frankfurt, Germany; Fondazione Pastificio Cerere, Rome, Italy; Overgaden-Institut for Samtidskunst, Copenhagen, Denmark; Kunstverein in Hamburg, Germany; CCA Wattis Institute for Contemporary Arts, San Francisco, USA; The Museum of Contemporary Art, San Diego, California; and The University of Michigan Museum of Art, Ann Arbor. He is included in numerous public collections including The Museum of Modern Art in New York.