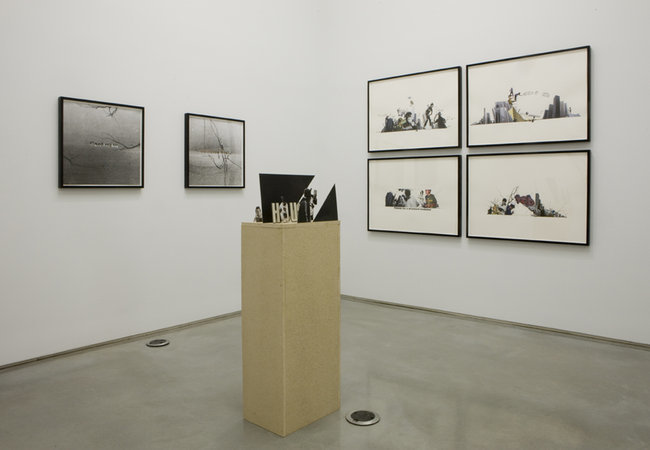 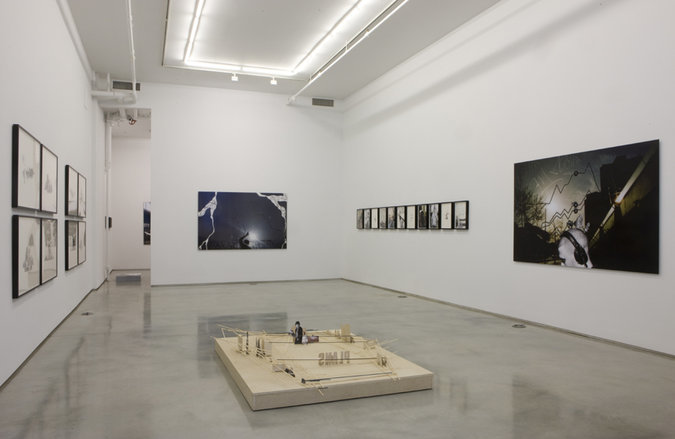 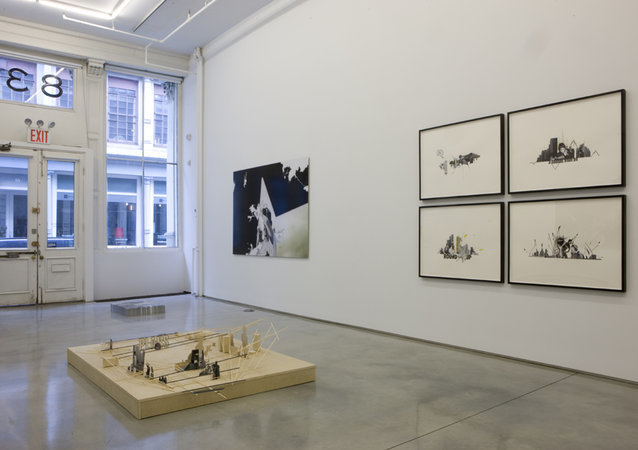 Team is pleased to present an exhibition of new posters, collages, lambda prints and sculptures by the Berlin-based, Danish artist Jakob Kolding. Entitled memories of the future, the exhibition will run from the 19th of February through the 28th of March 2009. Team Gallery is located at 83 Grand Street, between Wooster and Greene, on the ground floor.

Kolding’s collages, which have been exhibited extensively throughout Europe, take as their subject the cultural collisions inadvertently set up by the contemporary city. Kolding’s work celebrates a number of urban cultural, synthetic emanations (hip-hop, graffiti, skateboarding, electronic music), as well as the aesthetics of urban studies. Hybrids of invention and documentation, renderings and diagrams, his work depicts processes and events, historical and futuristic narratives pointing to propositions and effects of urban economics, planning, architecture, ecology, transportation systems, politics, and social relations.

The materials Kolding chooses, often looking like several generations of reproductions and suggesting the possibility of mass-production, give his forms and imagery the clinical quality of propaganda used to advocate public plans. Cut-out texts and photos of individuals foregrounded against post-war, highly-designed institutional buildings, housing and landscapes raise questions – how capable is the built environment of social control and even more importantly, can an ideology be translated into practice? Kolding demonstrates how plans fall flat, pointing out architecture’s and its social initiatives’ possible malevolence and impotence when it comes to influencing art and society. Revealing the physical spaces of Capitalism as both depletive and ineffectual, Kolding not only elaborates Marx’s argument on class struggle but questions the power of Capitalism altogether.

Our obsession with modernity — with speed, technology, with youth and with violence — and our favoritism of the new over the old, has led to the stubborn imposition of maladaptive, albeit idealistic, urban schemes, which thwart social integration and individual expression. Kolding’s urbanscapes are aesthetically attractive but empty economic expedients, illustrative of the profound divisions within society. The inhabitants of Kolding’s collages are alternatively shown observing – isolated – amused – rebelling – frequently stifled in a never-ending game of cultural one-upsmanship, bounded on all sides by the city’s engulfing map.

Jakob Kolding has been exhibiting internationally over the past twelve years. He has had solo shows in London, Geneva, Rome, Berlin, Vienna, Amsterdam, Helsinki, Stockholm and his native Copenhagen. His work has been included in shows at such prestigious venues as the DeAppel Foundation; the South London Gallery; The Rooseum; The Kölnischer Kunstverein; the Palais de Tokyo; and the Louisiana, among many others. He had a solo exhibition at the Kunstverein in Hamburg, mounted an ambitious solo project at the Frankfurter Kunstverein, and participated in Utopia Station in the 2003 Venice Biennale. This is Kolding’s second solo show at Team.