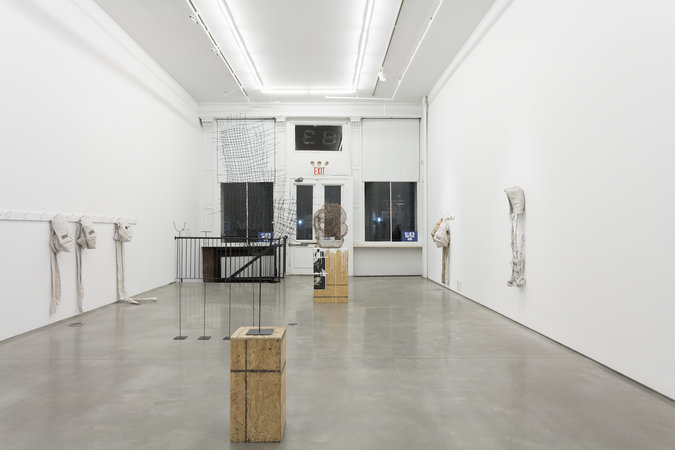 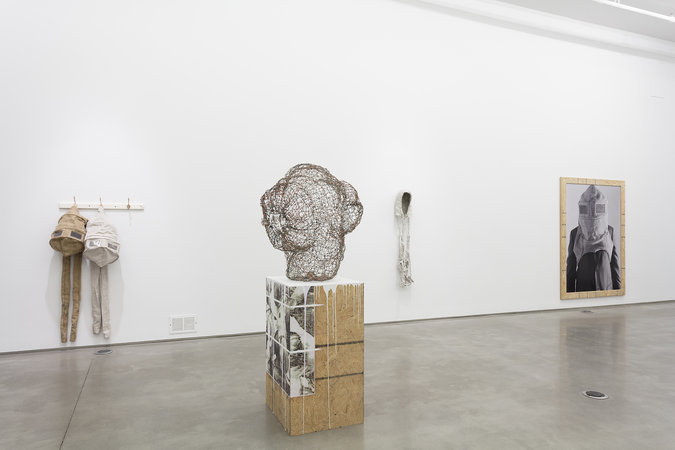 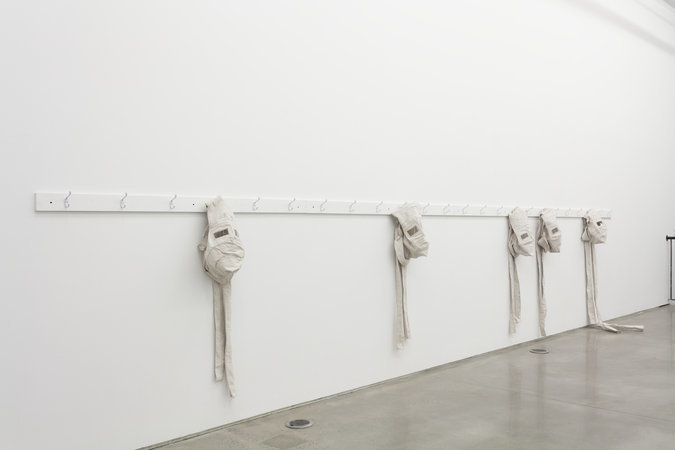 Team Gallery is pleased to announce a solo show by Los Angeles-based artist James Crosby. Entitled Making It (James Crosby presents Garrett Morgan), the exhibition will run from 17 November 2016 through 07 January 2017. Team (gallery, inc.) is located at 83 Grand Street, between Greene and Wooster, on the ground floor. Concurrently, our Venice Beach space will house a solo show by Gardar Eide Einarsson.

In his debut solo show, James Crosby exhibits his multifarious, historically charged approach to the subject of blackness. While the works are superficially disparate – the artist works fluently with broadly varying materials – they are conceptually cohesive: each navigates the dichotomy of blackness and individuality, exploring the possibility of their mutual existence in American society. Crosby uses a variety of media – from figurative photography, to appropriative sculptural reproductions, to abstract metal works – to examine the cultural construction of race, to expose himself and deconstruct his own blackness and expectations regarding the blackness of others.

The show’s central figure is Garrett Morgan, an African-American inventor prominent in the early 20th century. In particular, the artist focuses on Morgan’s signature innovation: a protective respiratory hood, which allows its wearer to see and breathe in an atmospherically hostile environment, while also masking his identity. Significantly, the entrepreneur is also known for manufacturing so-called “assimilation products,” hair straightening formulas and skin bleaching creams, the purpose of which was to obscure and erase the physical signifiers associated with blackness. Crosby investigates the apparent contradiction of Morgan’s status: he was considered a civic leader in the black community, and famously created a public safety product, but also contributed actively to, and profited from, the commodification of racism. Rather than condemning Morgan, however, the artist finds a powerful affinity between the inventor’s assimilation products and breathing masks: both are instruments of survival, which camouflage their users’ personhood, but allow them to endure inimical, even deadly, environments.

Crosby’s hand-made reproductions of Morgan’s hoods hang off pegs on the gallery’s walls. The sculptural works are the artist’s own design, based on grainy archival photos and the artist’s intuition. The artworks are symbols of the original objects, three-dimensional realizations of flat images. The form is unearthed from history, alienated from its original functionality and isolated in a Fine Art context. In removing their utilitarian value, the artist turns the objects into emblems, the unlikely manifestations of the predicament of upwardly mobile black Americans, encouraged to hide the signs of their cultural and racial identity.

In a series of three photographs, Crosby himself appears in costume as Garrett Morgan, exhibiting the ambiguous and changing relationship between the maker and his object: he is shown holding and examining the mask, demonstrating its utility, and finally modeling it as a piece of couture. With these gestures, the artist explicates his identification with the inventor – both Crosby and Morgan are black makers, producers of culture, and have even constructed versions of the same respiratory hood, albeit for vastly different purposes – and explores the question of how a creator’s personhood might alter or reframe his creation. In particular, the works investigate the relationship between blackness and notions of autonomy, creativity and commodity, artistic or otherwise. In addition, they serve to staunchly controvert post-modern critiques of individualism, which, these pieces posit, cannot apply to people who have been historically denied their personhood.

Another body of work consists of deconstructed work suits and hooded sweatshirts, from which Crosby has removed the body panels, revealing their skeletal understructures. Hanging on white walls, these pieces formally incorporate their surrounding blankness, emphasizing their own emptiness, the structural absence of the implied individual. These works nod directly to David Hammons’ seminal 1993 sculpture In the Hood, which consists of an agape sweatshirt hood, hung high on a wall, recalling taxidermied hunting trophies, but also activate the contemporary symbolism of the hoodie, which, in the wake of Trayvon Martin’s execution, stands not merely for the African-American working class, but for the systematic murder of black men and, implicitly, therefore, the violent removal of black personhood.

The exhibition’s least representational works consist of gridded metal coated with tar, shaped to resemble the forms of both nets and cages. Forged from utilitarian wire, typically used as a means to constrict and tie down, these pieces originally stemmed from the artist’s refusal to represent the black body, which caused him to opt instead for a process-led, post-Minimal abstraction that would still allow him to engage obliquely with his typical subject matter – the strained, multitudinous relationship between the individual and his creation.