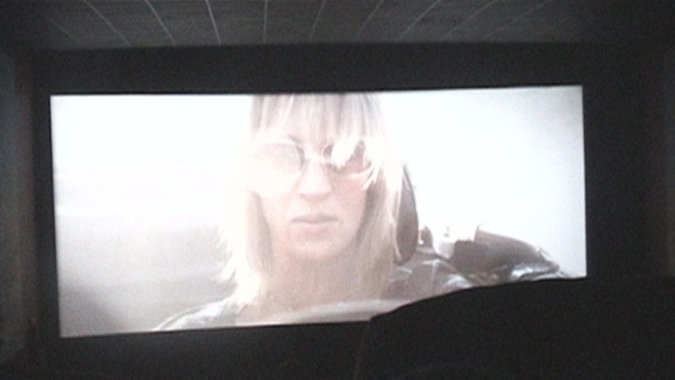 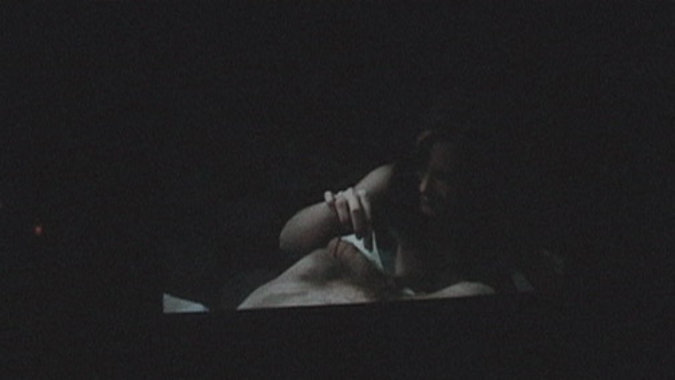 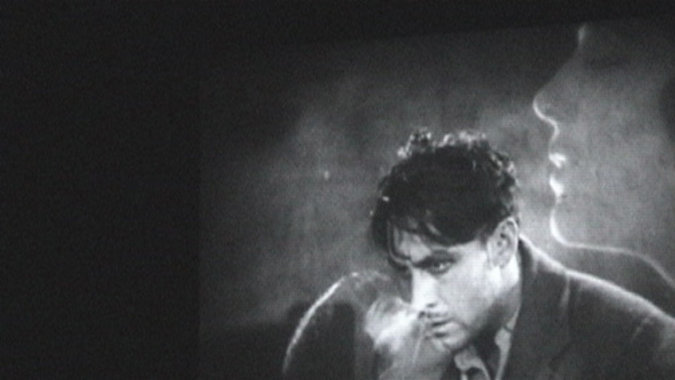 Team Gallery will present an exhibition of new video works by the Baltimore-based artist Jon Routson. Entitled Recordings II, the show will run from the 3rd of April through the 8th of May 2004. The gallery is located at 527 West 26th Street, between Tenth and Eleventh Avenues, on the ground floor.

Same show, different movies. Jon Routson's second exhibition of bootlegs continues to map out the distance from the multiplex to the art gallery.

An imposter in the audience — a fake mogul — Routson celebrates the movies by fully embedding their flesh with blemishes. Routson has appropriated the power to record and distribute motion pictures, however frail his renderings might seem. Frequently accompanied by extraneous sounds of shifting and coughing, Routson's bootlegs of Hollywood films are the totally mechanical fully humanized.

For the past five years, in the suburban sprawl surrounding Baltimore, Routson has been recording movies with regularity — his first straight bootleg was The Phantom Menace. Armed with a digital video camera, he simply goes to the pictures and records what he sees on screen. In so doing, he also captures something of the aura of the particular screening. Routson's bootlegs also inadvertently capture the wasteland that separates film and video technologies, a space one might refer to as a gap of failure. With their flicker effects, poor enframement, diminished acoustics, and radically inconsistent focusing, Routson's home-made films are, in some ways, throw backs to the cinephilia of the late 1960s. Routson's exhibition gets at the heart of the desire for the cinematic within contemporary fine art practice with alarming directness.

The form of the exhibition will change constantly as pieces are swapped with others from the Rouston library, and moved from space to space within the gallery. The artist will continue to bootleg films throughout the run of the exhibition, therefore some films, opening on Friday, will be screened in the gallery on the following day.

Routson has created a group of works which, although initiated as fraudulent, are completely authentic. Both a fan and a distanced observer; quiet and undisturbed in the dark, he creates from the raw material of the original projected film, a second skin. One that was there all along but which we never noticed.

Among Routson's new bootlegs are Gothika, the recent remake of The Texas Chainsaw Massacre, Cold Mountain and The Dreamers. This year, Routson's temporary pantheon also includes bootlegs of Monster, Eternal Sunshine of the Spotless Mind, Elephant and Elf. Routson made his first trip to a revival house, bringing back a copy of Nashville. Routson has also made three separate recordings of The Passion of the Christ, each of them nuanced in a completely different way.

Ultimately we are grateful to Jon Routson for providing us, and our visitors, with car crashes, sex, high school shootings, musical numbers, explosions, epiphanies, suicides, evil demons, Jesus Christ, and other sundry superheroes. Although these are all the stuff of film, Routson's show is, all the same, the stuff of art — obstinate, individualistic, sloppy and very, very personal.

This is Jon Routson's second solo show at Team Gallery and probably the last time he will be able to exhibit his bootlegs. A new law, due to go in to effect in June, will radically effect the legal status of his project.