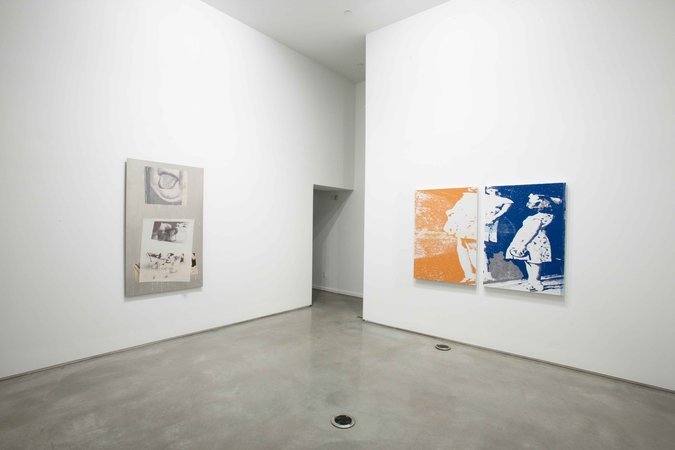 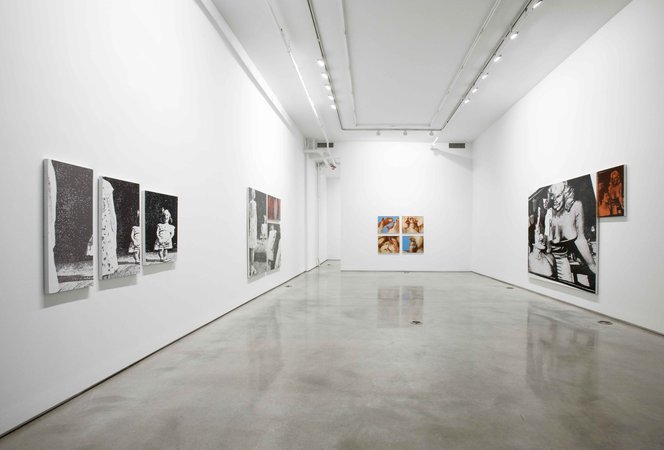 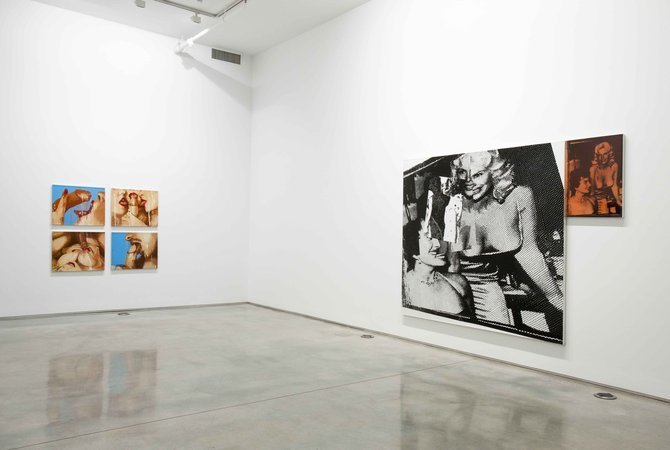 Team Gallery is pleased to announce a solo presentation of work by Marilyn Minter. The exhibition, entitled Paintings from the 80s, will run from the 31st of March through the 30th of April 2011. Team Gallery is located at 83 Grand Street, cross streets Wooster and Greene, on the ground floor.

These early paintings offer surprising insight into the current trajectory of her work, where glamour is suffused with a sinister optimism. Minter reveals the failure of the fashion image in light of blemished reality, with too-close-for-comfort details of dirt, hair, sweat, and pimples. The origins of this practice are on view here, in close-up appropriations of pornography, purposefully stylized within a male-dominated pop idiom. Additionally, the beginnings of her exploration into the worlds of glamour, fashion, and celebrity are seen in Big Girls, paintings which present the buxom Jayne Mansfield and Sophia Loren at a lavish dinner at Romanoff’s in Beverly Hills. These grandiose starlets are paired with the slyly perverse Little Girls, touching memento mori of the loss of innocence. In these pictures, two young girls are reflected and distorted in fun-house mirrors, their bodies contorted, caught in the indefinite passage from adolescence into sexual awareness.

This exhibition highlights the provocative foundations of Minter’s work, where leering social conceptions of female identity can be usurped, undermined, renegotiated. With these and subsequent works, Minter countered the prevailing feminist discourse, offering a positive look at the traditional place of women in the kitchen and the bedroom, rather than bolstering the negatively charged auras of these positions. Minter has consistently refuted easy reads into the feminist subjectivity of her work, though they may be impossible to escape. What has always been at the core of her production is an examination of the dual commodification of pleasure and desire. She has examined this continuously, with equal measures of raunch and glam, and of rigor and criticality.