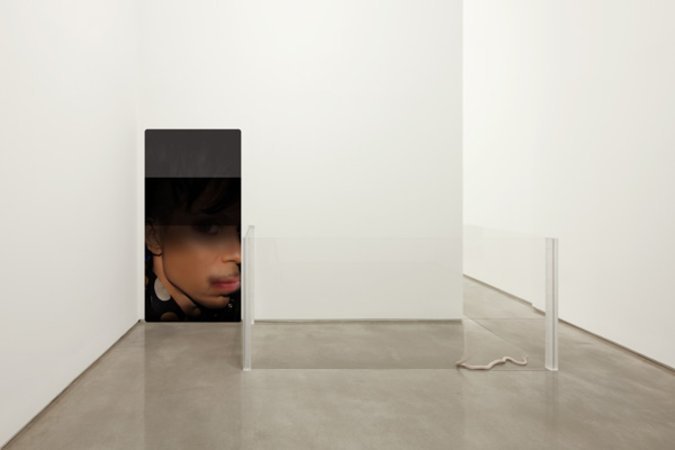 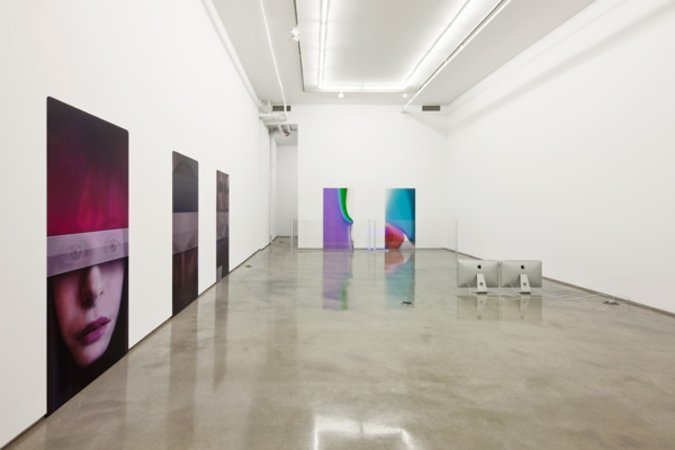 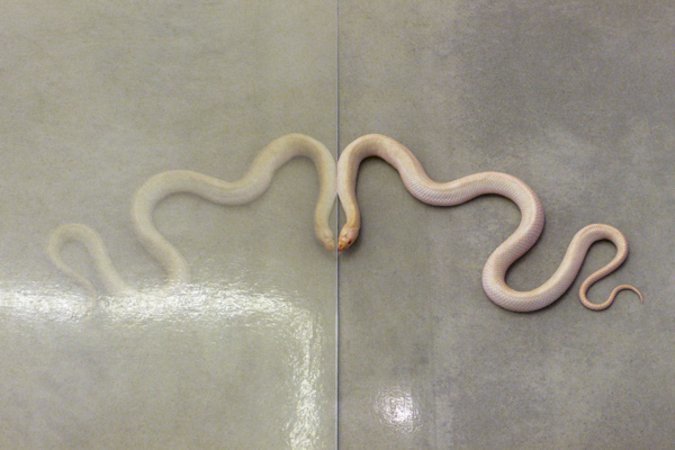 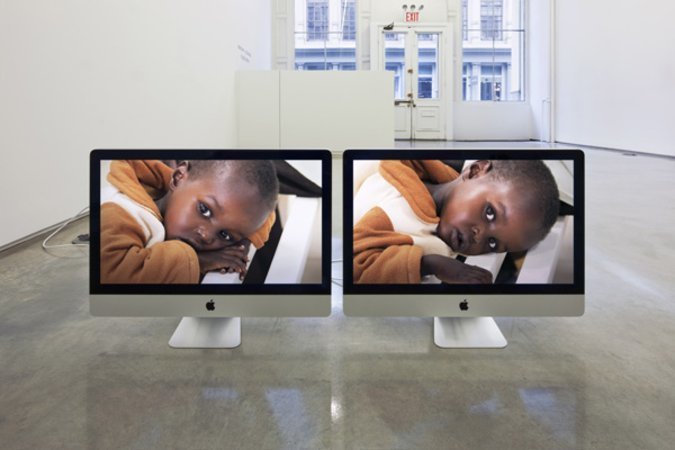 Team is pleased to announce the first American solo presentation of Italian artist Massimo Grimaldi. The exhibition, entitled Highlights, will run from the 17th of February through the 26th of March 2011. Team Gallery is located at 83 Grand Street, cross streets Wooster and Greene, on the ground floor.

Massimo Grimaldi examines and reassesses existing platforms of spectatorship, questioning the functionality of the contemporary work of art as it relates to specific communities and social spheres. Issues of ethics and morality, and their relationship to the culture industry and economics at large are central to his output. Grimaldi consistently asks the viewer to consider the value of the aesthetic marketplace and its position within the larger global economy, and how the art object can be brought into the realm of the socially responsible.

For this exhibition Grimaldi will present eight distinct works: four melancholic portraits on magnetic steel supports; a playlist housed in an iPod Hi-fi sound dock inserted into a gallery wall; a slide show on a pair of the latest iMac computers; and two live snakes within plexiglass barriers on the gallery floor adjacent to abstract digital images. The quarantined snakes, in concert with the slick remove of Grimaldi’s digital prints, form the crux of the exhibition - creating a barrier between the viewer and the artworks and imbuing the dynamics of spectatorship with a sense of the forbidden. Here, the artist spins a moralist’s yarn, one where artistic production is marred by a burgeoning sentiment of limitation.

Grimaldi’s c-print portraits utilize computer software to create exquisite corpse Surfaces, which often juxtapose recognizable pop-cultural presences with the artist’s personal acquaintances who are their fans. Two “generic” abstract photographs, also rendered through digital means, use the blankness of the decorative in order to purposefully signify a lack of meaning. The January 2011 Playlist commemorates a “soundtrack” for a period of the artist’s life. With its quasi-prosthetic application, imbedded in a gallery wall, the playlist becomes a nostalgic shrine linking a mechanical body with human memory. These discreet instances of artistic production poetically reflect upon the infiltration of mainstream media platforms into the privatized spheres of personal experience.

Grimaldi’s work encourages an earnest reckoning between human beings and technology, examined within the province of worldwide economic disparity. His default use of high-tech gadgetry and of-the-moment commercial goods (for instance the latest iMac), are often aligned with biting perceptual revelations. In an ongoing series using side-by-side Apple computers, Grimaldi plays slide shows with imagery usually culled from first hand experience with relief work in war torn and/or economically depressed countries. Laying waste to the promise of technology, Grimaldi provides stark contrast with concrete social issues. This adds another distinct narrative to his practice, conflating a media-based vision of utopia with its destructive antithesis.

In 2009, Grimaldi was one of two recipients of the MAXXI 2per100 prize, a 700,000 Euro grant awarded under an Italian law, which called for 2% of the Foundation MAXXI’s budget for construction of a new building to be allotted for purposes of artistic production. His winning proposal was for the construction of a pediatric center in Port Sudan, Africa, to be funded with the 700,000 Euros of grant money and facilitated by the global relief organization Emergency, an independent NGO providing high quality, free of charge health care to victims of war and poverty. The project would effectively put his quest for a more socially engaged artistic paradigm into literal practice. Additionally, the Foundation MAXXI will indefinitely display Grimaldi’s photographic documentation of the center and its construction as a projection on the exterior of their museum, newly designed in 2010 by Zaha Hadid.

One would be hard pressed not to highlight the subversively conscientious stance that Grimaldi has asserted and with it perhaps a new kind of social realism, one that gets at the heart of quotidian engagement, without paying lip service to the political with artworks that simply illustrate “issues.” The pedigree of the MAXXI project, housed in the form of documentation on a building designed by an haute couture architect and funded through an Italian law capable of allotting such a large sum of money for aesthetic pursuit, calls attention to the system that made it a reality. This heightened economy is then boldly contrasted with the one that it aims to improve.