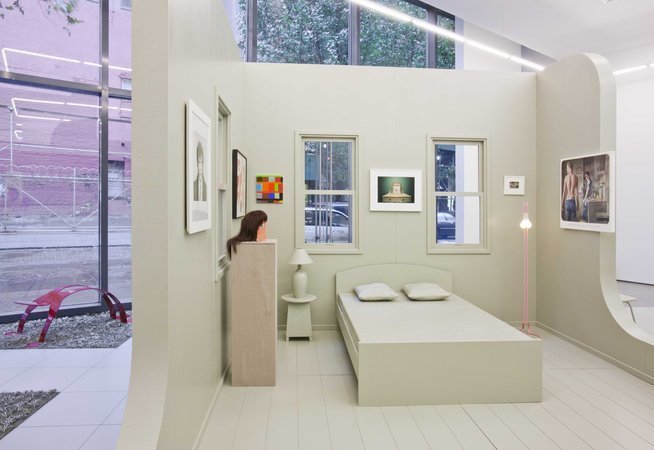 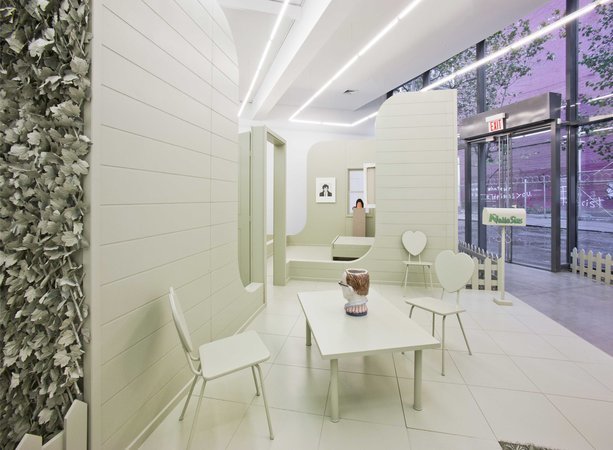 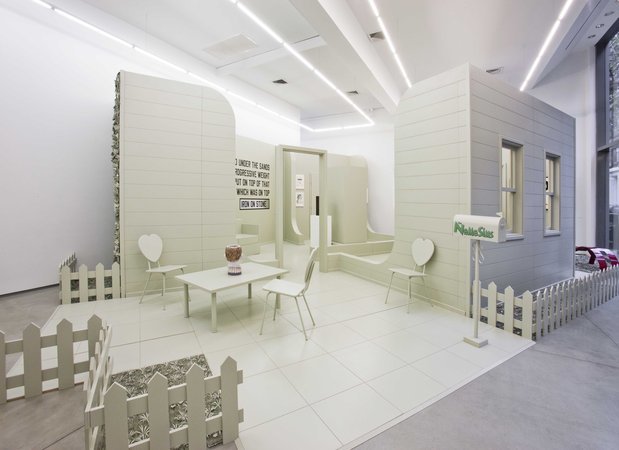 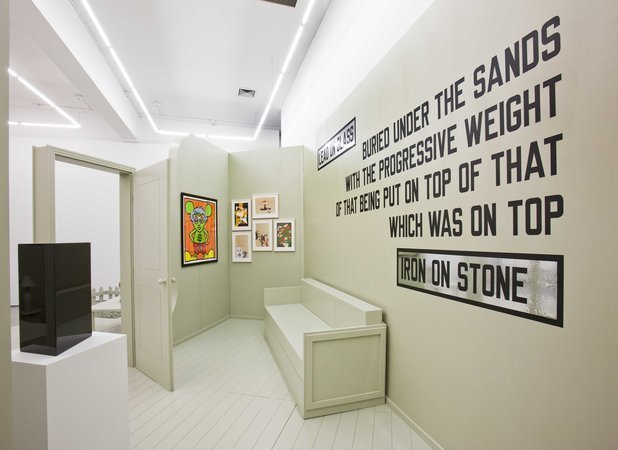 Team Gallery is pleased to present an installation by Vienna-based artists Muntean/Rosenblum. The exhibition, entitled The Nemesims, will run from 07 November to 21 December 2012. The gallery is located at 47 Wooster Street, cross streets Grand and Broome. Concurrently, our 83 Grand Street gallery will house a show of new paintings by Los Angeles-based artist Chris Vasell.

For this exhibition, Muntean/Rosenblum transform the gallery space into an exacting recreation of a home from Will Wright's popular life simulation computer game The Sims. In the game, the player watches, develops, and manipulates the simulated lives of the characters, who in every game are a family of the same name: "The Sims." The game's objective is to raise the Sims' happiness levels, which can be numerically quantified and directly attributed to the acquisition of consumer goods, including architecture, furniture, and artworks. In this infinite game, players do not win, they evolve, expand, and accumulate. The Sims can be thought of as a virtual training ground for contemporary consumer culture, making explicit capitalist conceptions of happiness.

The installation faithfully reconstructs the simulation to human scale, a physical realization of an artificial environment meant to be a blueprint for a better life - a life that can be planned, controlled, and measured. The kind of virtual domestic spaces that are possible in The Sims are a version of the idealized linear and modular structures of modernist architecture. They parrot the mid-century idea of the house as a "machine for living" that in its inherent structure can improve the resident's quality of life. The placement of artworks within the home points to their objecthood as fetishized symbols of status, and in the case of The Sims, of wealth and happiness. In The Sims, artworks are little more than pleasing decorations, emptied outlets for money, consumer goods no different from a kitchen appliance, a coffee table, or a car.

When playing the game, the player views the avatar from an omniscient bird's-eye-view perspective. The potential for a sinister abuse of power is always present: players can trap, starve, or even emotionally deprive the game's characters more easily than they can provide for them. In Muntean/Rosenblum's installation, the viewer moves through the artificial living space as the avatar, experiencing the constructed environment from within, and thusly becoming the malleable consumer rather than the god-like controlling hand. The latter position is sardonically adopted by the artists, who have arranged, constructed, and hung the space for the viewer in the same way a player of the game does for his Sims, positioning themselves as both architect and curator. The artists recontextualize the site of artificial life as a display for contemporary art, adorning the walls of the home with their new work installed alongside works by well-known mid-century and contemporary artists. The installation includes pieces by Alexander Calder, William Eggleston, Gilbert & George, Keith Haring, John McCracken, Raymond Pettibon, Laurie Simmons and Lawrence Weiner, among others.

The Nemesims marks a return to the artists' earlier practice of total environmental transformations of exhibition spaces. This allows them not only to thoroughly dictate the viewer's experience, but also to interact with and comment upon the contemporary and historical role of the exhibition space. In the past they have variously transformed many spaces, creating environments ranging from a desert to a submarine. Here they consider the home - both real and virtual - as the architectural armature that defines the artists' work as a status object.

Muntean/Rosenblum have been working collaboratively for twenty years, during which time they have been the subject of solo museum shows at The Tate in London, MUSAC in Léon, the Kunstverein in Salzburg, Kunsthaus Glarus in Switzerland, De Appel Foundation in Switzerland, SECESSION in Vienna, and many others. They have also had numerous solo gallery exhibitions in such cities as Tel Aviv, Paris, Chicago, Seoul, Berlin, Barcelona, London, Los Angeles, Turin, and Zürich. This marks their third solo show at Team.