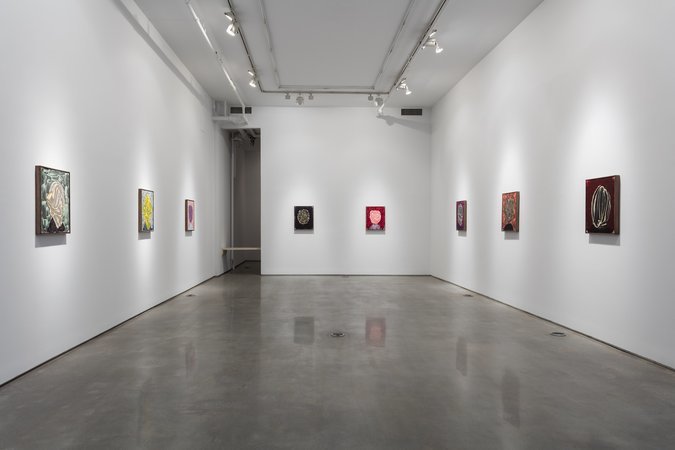 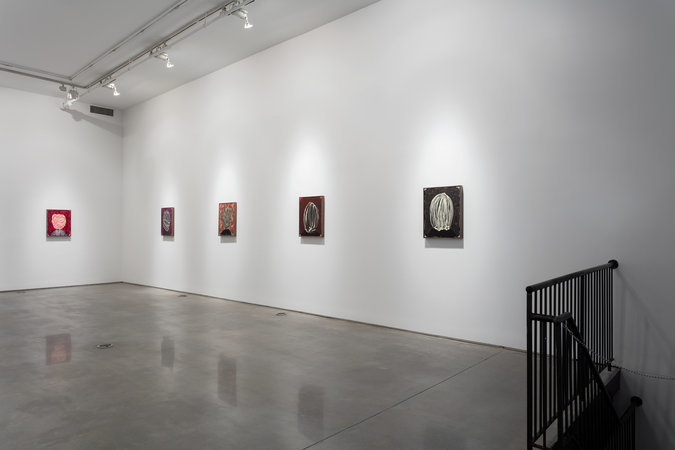 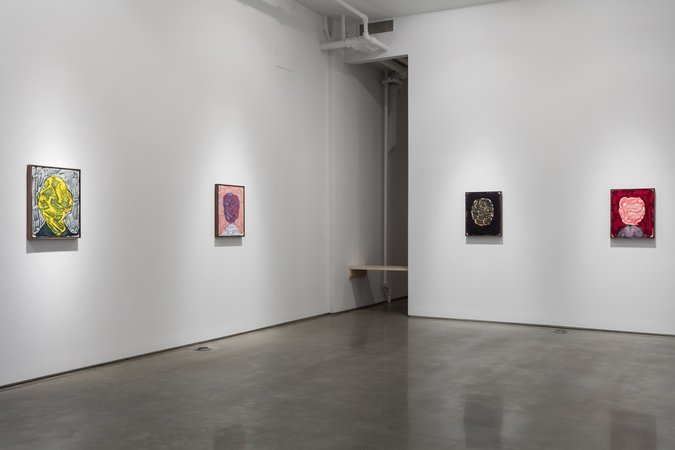 Team (gallery, inc.) is pleased to announce a solo show by the New York-based, German painter Robert Janitz. The exhibition will run from 10 September to 25 October 2015. Team (gallery, inc.) is located at 83 Grand Street, between Greene and Wooster, on the ground floor. Concurrently, our 47 Wooster Street space will house an exhibition of new work by Gardar Eide Einarsson.

For this exhibition, Janitz presents a group of his “reverse portraits,” modestly scaled paintings that depict in abstruse terms the backsides of heads. With this body of work, the artist slyly controverts the dichotomy of figurative versus non-representational painting by probing the metamorphosis – or confabulation – of abstract marks into an identifiable figure. Here, the divergent treatment of portraiture – among Western art history’s most abiding and entrenched genres – quietly begets a kind of painterly exegesis, directing attention to the fact of the canvas, the image’s constituent brushstrokes and the composition and preparation of materials.

The exhibition’s title refers to Auguste Kerckhoffs’ principle of cryptography, which states that a perfect cryptosystem is secure even when all its aspects but its key are publically known. Codes – lingual and visual – are central to the artist’s practice and choice of subject matter. His paintings investigate and interrogate the abstract underpinnings of painterly image-making. The theorist Max Mueller posits that mythology is a “disease of language,” transforming ideas and feelings into beings and stories; Janitz extends this theory to image making by winnowing the individually ambiguous, corrupted marks that, together, form a picture.

These works find a portion of their genesis in cinema, drawing from three films in particular: Fellini’s Casanova, Hellman’s Two Lane Blacktop and Tarkovsky’s The Mirror. Each of these movies features a prominent shot of a head from behind – the composition mimicked by Janitz’ paintings – that signals the act of “watching” – here shared by on-screen subject and audience. This leveling gesture serves to provide the viewer with a key to pass through the filmic medium, a point of emotional access. Janitz isolates and foregrounds this vantage point: the “looking” is rendered a subject unto itself, the paintings acting as converse mirrors of their own viewership. The subjects’ anonymity points to this fact: looking, as an act, consists of equal parts reception and projection.

These paintings deconstruct the tradition of portraiture – the purposes it serves to its subject versus its viewer, and whether those are indeed separate functions. The artist drew inspiration from the type of the Maniéré – Casanova, Don Juan, Barry Lyndon. Like the portrait-sitter’s pose, these figures’ affectations (powdered wigs and false beauty marks, manners and pretentions) are a means to exteriorate emotion, manifestations of the equally potent desires to tell and be told a story. The obscurity of Janitz’ subjects makes them ideal vessels, containers for the viewer’s projected feeling. Their material honesty – unpainted corners, lack of blending and visible texturality – endow them with a frankness, a winsome openness that invites its audience to enter and engage.

Robert Janitz has been the subject of exhibitions both internationally and in the United States. He has mounted shows in cities including New York, Paris, Berlin, and Brussels, including a solo last year at Meyer Riegger in Berlin.

This is the artist’s second one-man show at Team.