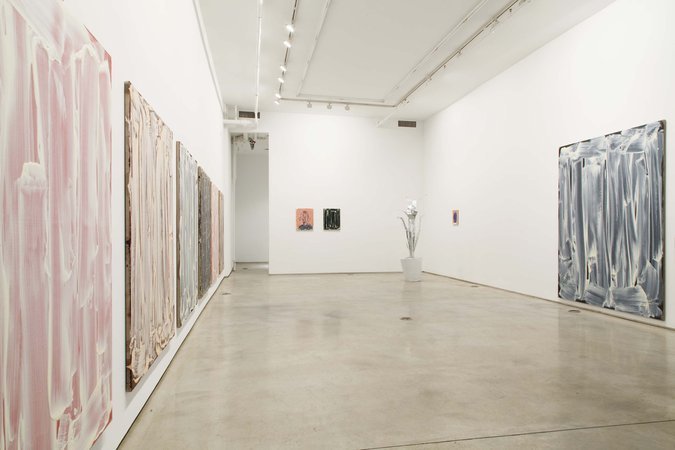 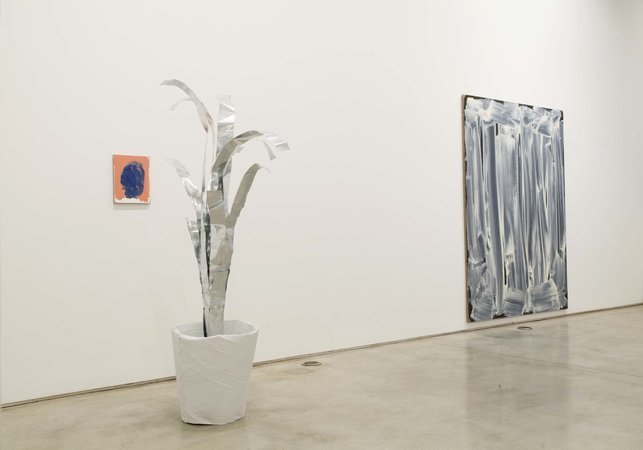 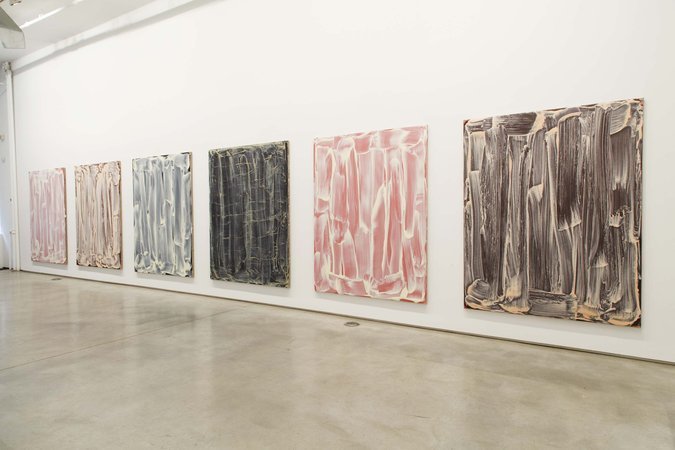 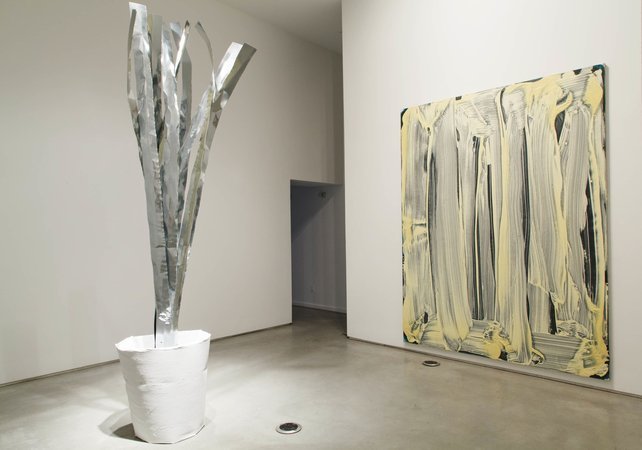 Team Gallery is pleased to announce a solo show by New York-based, German painter Robert Janitz. Entitled Stick Shift Heaven, the exhibition will run from 23 February through 23 March 2014. Team Gallery is located at 83 Grand Street, between Wooster and Greene, on the ground floor. Concurrently, our 47 Wooster Street space will house a rotating selection of work by gallery artists.

Referencing real-world forms while resisting actual formal depiction, Robert Janitz’s paintings explore the membrane of connective tissue that exists between representation and abstraction. These paintings make no attempt to escape or subvert the confines of the picture plane, choosing instead to address their medium frankly and simply. Neither does the application of material seek to impress upon the viewer any kind of virtuosity or meticulousness – characterized by a certain roughness, and a flaunting of ease, these artworks are not about the accumulation of steady labor. Thick brushstrokes, limited color palettes, and uncomplicated form give way to an immersive openness that renders the subject of these paintings the paint itself and, more importantly, the mere fact of their painted-ness.

The artist prepares his paint to be thick, opaque, self-evident, and its application serves both to conceal and reveal the medium: he leaves layers open and corners unfinished in order expose the already-active underpainting. The works resist formal complexity and traditional beauty in order to focus on and push forward the immediate, visceral effect of their materiality. The content of the work is a secondary result of a self-reflexive gesture; as the artist paints, the physical action triggers the emergence of narratives that are both personal to the artist and familiar to us.

Several pieces are reversed portraits, depicting the backsides of heads. The absence of the faces is striking, so much so that it becomes a powerful presence. By hiding the “subject,” the painting itself is revealed, turned towards the viewer. These works could be seen as parodies of the heroic — they consist of acts, inhabited moments, rather than portrayals of dandyish poses.

Janitz has spent his life in Germany, France and, most recently, America. One might ascribe superficial elements of each of these nationalities to different aspects of his work. There is something distinctly German about their expressionism, grandiosity and romanticism. From France, they take a punk-rock elegance in their intentional pairing of disparate styles. And finally, they are American in their brazenness and straightforward, workman-like nature.

The paintings are evocative of acts specific to manual labor -- window washing, spackling, grouting -- as they relate to erasure and negation. The artworks call to mind the streaks on a recently cleaned pane of glass, making us aware of a surface meant to be transparent, invisible. Janitz’s painterly gestures have a similar relationship to the picture plane, obscuring it with paint in order to reveal it.

Janitz has been the subject of monographic exhibitions both internationally and in the United States. He has mounted shows in cities including New York, Paris, Berlin, and Brussels. This is the artist’s first solo show at Team.