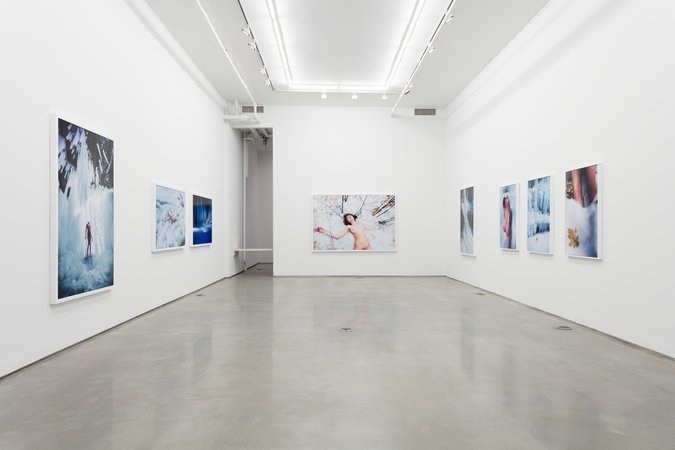 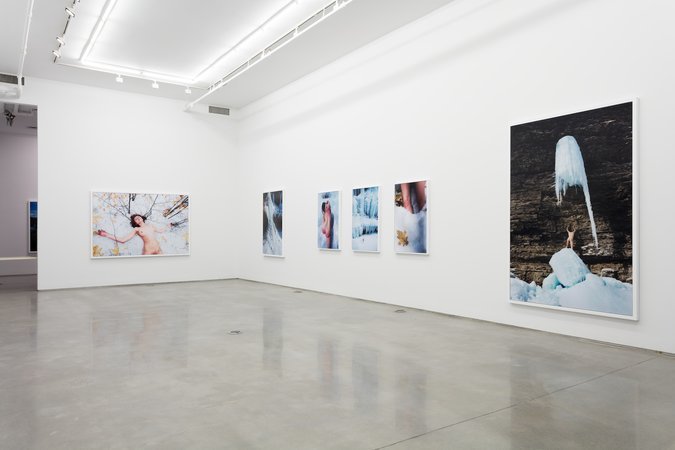 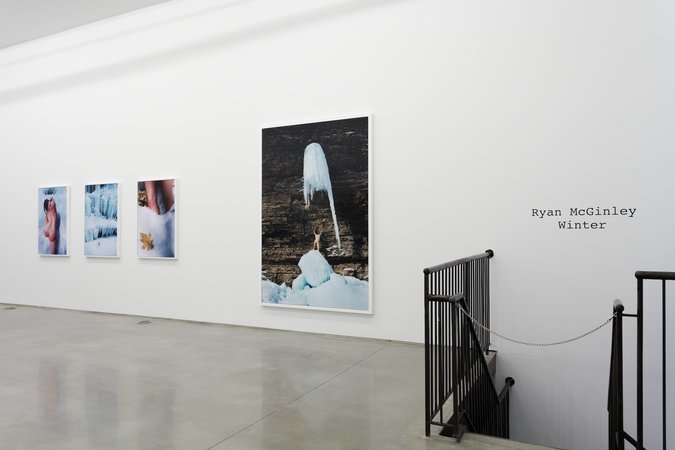 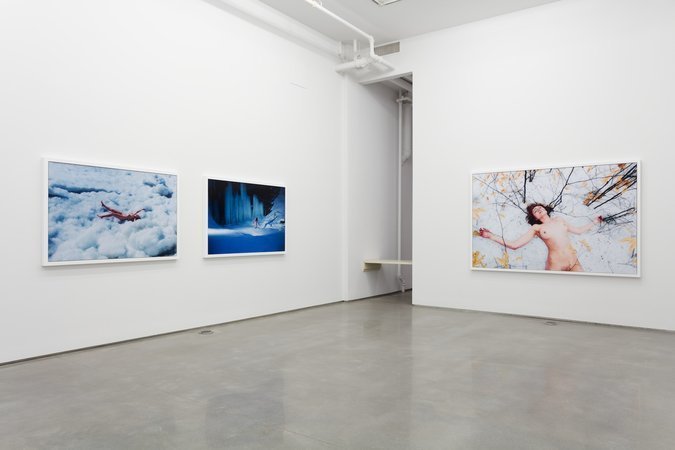 Team (gallery, inc.) is pleased to announce a two-gallery show by New York-based artist Ryan McGinley, taking place at both our Grand Street and Venice Beach locations. Team (gallery, inc.) is located at 83 Grand Street, between Greene and Wooster, on the ground floor. Team (bungalow) is located at 306 Windward Avenue in Venice, CA. Concurrently, our 47 Wooster Street location will house an exhibition by Hong Kong-based artist Samson Young.

Over the years, Ryan McGinley’s camera has become more a tool for invention than documentation, conjoining the corporeal, narrative aspects of photography and cinema with their more orphic qualities. His images hover deliriously between reality and utopian fiction, characterized as much by apparent authenticity as obvious impossibility. This shift is crystalized in his most recent exhibitions: Winter at 83 Grand Street in New York, and Fall at 306 Windward Avenue in Los Angeles. To create this work, the artist and his team photographed nude figures in upstate New York during the eponymous seasons. While the resultant images have precedent in the oeuvre — both thematically and aesthetically building upon McGinley’s expansive and culturally pervasive Road Trip pictures — they also represent a multifariously momentous change within his practice. Past works have been created across the country during summer; by concentrating on a single region during specific times of the year, McGinley transposes the axis on which his works operate: rather than exploring the American landscape through the lens of geographical variation, these images scrutinize and poeticize its temporal metamorphosis.

The Fall photos, which are on view in Los Angeles, find art historical precedent and inspiration in the likes of Frederic Church and the Hudson River painters – Romantic landscapists working in the same region in which McGinley took these photos. There is a naturalistic obsessiveness at play – the artist and his team of assistants spent the months of autumn scouring a concrete radius in upstate New York, spanning from the Adirondacks to the Catskills, hunting for shooting locations. The change of seasons engenders a gorgeous and near-boundless color palette, which these images uniquely mine. Delicately avoiding the trappings of clichéd fall foliage photography, McGinley employs the coloristic lushness of Northeastern autumn as a setting for his models that is at once ecstatic and moribund: these bodies, frozen by the mechanism of photography, are placed in a landscape that is dazzling for the very reason that it is transitional, caught between periods of verdancy and barrenness. McGinley carefully constructs a world orchestrated by a dichotomous imagination: the public and the private, humanity and nature and even life and death exist in these pictures as a correlative nexus.

On view in New York are McGinley’s groundbreaking Winter photographs, which portray his nude figures in frozen landscapes. There is virtually no photographic or cinematic precedent for these works: to capture naked bodies in such extreme conditions took profound measures of precaution, audacity and sacrifice on the part of all involved. The artist and his team invented and improvised manifold contrivances, employing the likes of ice-fishing tents, propane tanks and rock-climbing gear, in order to enable the production of these images. These pictures, unlike the Fall photos, feature hyper-limited palettes of whites, greens, blues and greys, finding intrigue and variance instead in the texture and organic architecture of ice formations. Impossibly, the unclothed bodies appear native to their wintry settings.

McGinley’s photographic treatment of his models is increasingly concerned with the body as form, moving further away from the verité portraiture for which he first became known, now over ten years ago. The power of his images stems from a visceral allure, a physical immediacy achieved in part via the careful direction of his subjects. The often-anonymous figures’ elegant poses evoke the choreography of Pina Bausch, Bob Fosse and Elizabeth Streb, whose work McGinley has studied, digested and paired with his own intuitive sense of human physicality and movement. A palpable wistfulness underlies the photos’ initial exuberance, an escapist sense of longing for the captured world’s unreachable ideal. The artist invites the viewer to take part in this sadness: the photos suggest and portray a world more beautiful than our own without offering an access point, and are accordingly charged with a measure of sorrow. Taking fleetingness as a subject and fixing it, McGinley’s task is the transmutation of the ephemeral into permanent iconography.

Ryan McGinley has been the subject of numerous international monographic exhibitions over the past ten years, including solo museum shows at The Whitney Museum of American Art, the Kunsthalle in Vienna, Daelim Museum in Seoul, MUSAC in Léon, Spain, and MoMA PS1 in Long Island City. Group appearances include the Schirn Kunsthalle in Frankfurt, the San Francisco Museum of Modern Art, MoCA in Los Angeles, The Brooklyn Museum, Washington’s National Portrait Gallery, Ullens Center for Contemporary Art in Beijing and the MACRO in Rome. This past year, he was the subject of a career survey at Kunsthal KAdE in Amersfoort, Netherlands, as well as being included in Storylines at the Solomon R. Guggenheim Museum in New York.

This is McGinley’s seventh solo exhibition at Team.