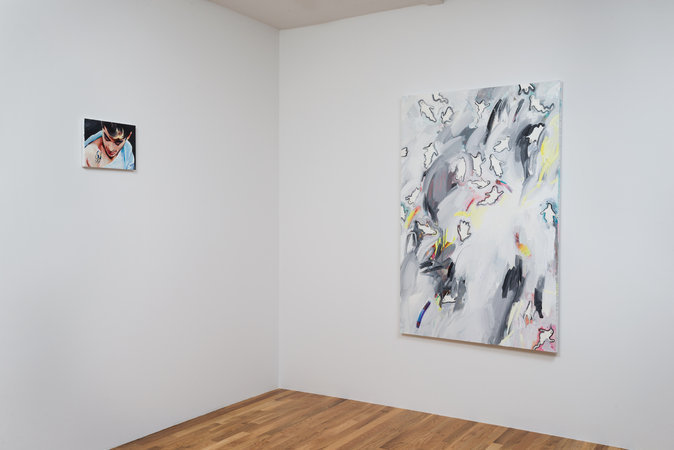 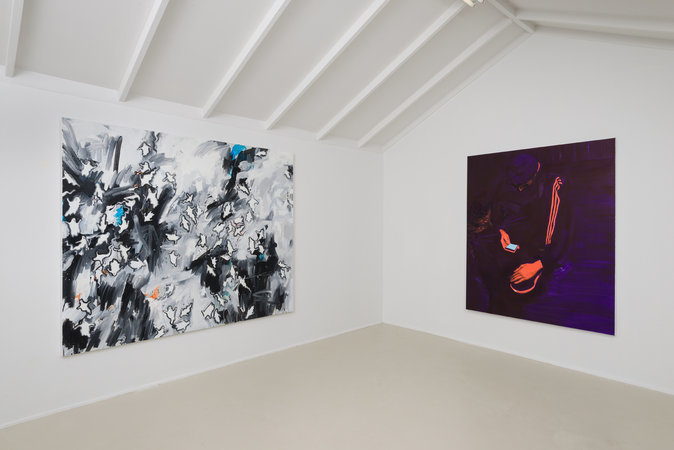 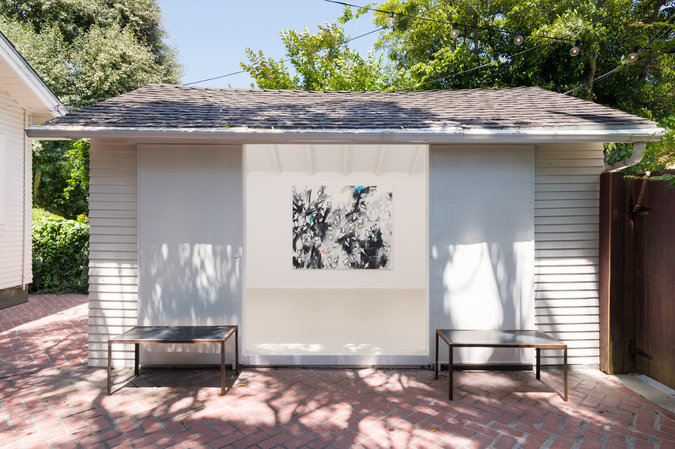 Team (gallery, inc.) is pleased to announce a solo show of work by American painter Sam McKinniss. The exhibition will run from 07 June through 09 August 2015. Team (bungalow) is located at 306 Windward Avenue in Venice, CA. Concurrently, our 83 Grand Street and 47 Wooster Street spaces in New York will house a solo exhibition by Tabor Robak and a group show by Andrew Gbur, Jaya Howey and David Ratcliff.

For his debut Los Angeles exhibition, Sam McKinniss presents a collection of new paintings, representing the two visually disparate but complimentary practices in which he works concurrently. The representational works portray human figures, lithe bodies at once sexually suggestive and distinctly funereal. Similarly fraught with closely tied eroticism and morbidity, the second body of work consists of virulent, predominately grey-scale abstractions, overlaid with familiar cartoon renderings of ghosts. The incongruity of the two styles provides tension and counterpoint within the oeuvre: considered together, they engage in an encompassing exploration of the sex-death instinct from the discrete positions of the bodily and disembodied. References to the history of painting – from Baroque and Mannerist painting to Imagism and Abstract Expressionism – are present throughout McKinniss’ work, acting as the unlikely unifying quality in his seemingly irreconcilable modes of making. The artist foregrounds the cross-section of violence and indulgence, sexuality and death, that is omnipresent in our culture.

With the figurative paintings, McKinniss works from photographs – both found images and pictures he has taken himself. His subjects range from reclining male nudes, to Alicia Silverstone in her role as Batgirl, to an anonymous night-time texter, to former boy-band member Zayn Malik. The artist probes points of unexpected emotional intersection: his bodies are taut with simultaneous aggression and sexuality, defensiveness and vulnerability, pathos and humor. The paintings evoke an onslaught of associations and visual precedents: the erotic enticement of Donatello’s David, the anxiety and romance of Film Noir, the self-reflexiveness of Caravaggio’s Narcissus. The artist’s stylistic mimicry and wide range of subject matter places him in a blurred authorial position: he is at once consumer and creator, spectator and carnivore.

Sam McKinniss has been featured in numerous group exhibitions. This is his first exhibition with Team.