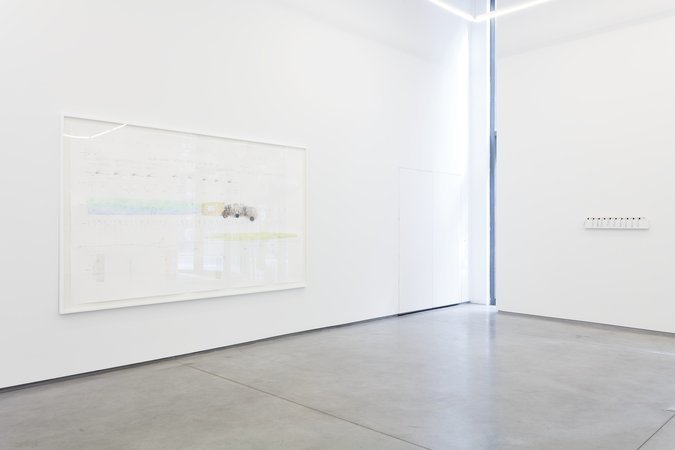 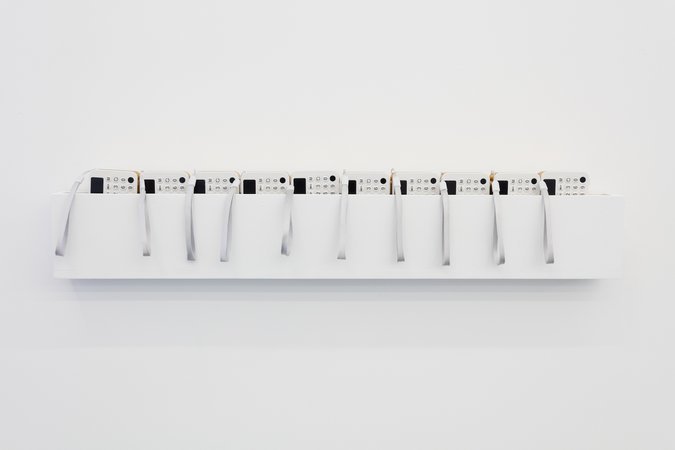 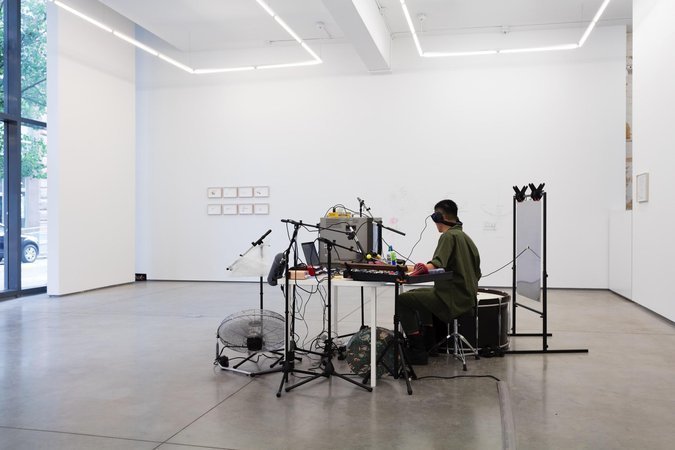 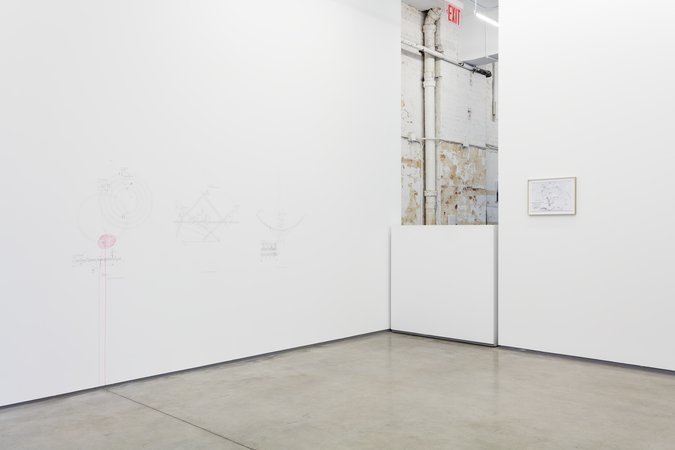 Team (gallery, inc.) is pleased to announce a solo show by the Hong Kong artist Samson Young. Entitled Pastoral Music, the exhibition will run from 05 November to 20 December 2015. Team (gallery, inc.) is located at 47 Wooster Street, between Grand and Broome, on the ground floor. Concurrently, our 83 Grand Street space will house a one-person exhibition of new work by Ryan McGinley.

For his New York debut, Samson Young presents a multi-media exhibition that transmutes his own extensive research on military history into an amalgamative artwork in three cohesive parts.

Nocturne, the central element of the exhibition, consists of a live performance protracted over the bulk of the show’s nearly two-month running time. For this work, Young collected video recordings of night bombings – predominately U.S. attacks on the Middle East, ranging from the Gulf War to ISIS – and edited the found footage into a six hour-long film, which plays mutely on his laptop computer. As he watches, the artist uses household objects and “live foley” techniques to reproduce the sounds of explosions, gunshots and debris as accurately as possible. This work is conceived of as a “Sonic Warfare Training Program,” with the artist taking on the role of training combatant; by the end of the show, he will know the aleatoric composition by heart. His “sound effects” are broadcast on-site via pirate radio frequencies, accessible via FM receivers both within and outside of the gallery. Divorced from their violent context, the sounds of war are captivating and sonorous, even beautiful.

Young locates and draws from past examples of artists’ direct involvement in warfare. Particularly significant to this exhibition was his discovery of the 23rd Headquarters Special Troops, an American World War II tactical unit known colloquially as the “Ghost Army.” Consisting largely of artists – sound technicians, architects, musicians, actors, painters and set designers – the unit’s primary mission was to conceive and execute deceptions. They employed the likes of fake radio transmissions, recorded combat sounds and inflatable tanks in order to create the pretense of an active battlefield and mislead enemy forces. The explicit convergence of artistic creativity and actual military strategy is a crucial moment for the artist; the Ghost Army’s activity provides a rough template for the artist’s own practice.

The show’s second component consists of Young’s manual transcriptions of those same war-sounds into graphical scores, to be performed as sonic weapons, battlefield deceptions in the mode of the Ghost Army. Significantly, these pieces are translations, not original compositions, a means to interpret and process already existing sounds rather than create new ones. This academic, research-oriented approach is critical to Young’s practice: these works re-enact and re-purpose history, presenting an expository dissection and deconstruction of an infrequently considered aspect of warfare; sound, both intentional and incidental, plays an integral role in combat, acting as a powerful psychological weapon.

For the final piece in the show, Young appropriates the language of musical notation to author military maps and maneuvers to be enacted in the event of an invasion of Hong Kong. These schemes center on the “Gin Drinkers Line” – a defensive system built by the British across the northern territories of Hong Kong intended to stave off Japanese invasion. While the line failed utterly, falling in under two days due to insufficient troops and training, the artist imagines an effective implementation of the system. Where the performance piece draws a parallel between combat training and practicing an instrument, these annotations delineate the similarities between classic strategies of war and musical composition: both exist in the abstract as graphical arrangements, plans to be executed.

While Young draws from the Avant-Garde compositional traditions of aleatoric music, indeterminacy and musique concrete, his own work is defined and separated by its singular and highly charged political content: the show’s conceptual framework consists of a fictional tactical defense strategy for his native Hong Kong, employing decontextualized musical notation and durational live performance to create combat maneuvers, maps and sonic weaponry. Pastoral Music does not offer explicit political commentary, instead relying on the isolation, processing and presentation of appropriated historical information as a mode of nonpartisan explication; the militarization of sonic artistry serves as both subject and driving gesture for the artist’s multidisciplinary practice.

Samson Young is a trained composer and practicing sound artist. He received a PhD in composition from Princeton University, and has since held solo shows in Hong Kong, Europe and the United States. This past year he was the recipient of the inaugural BMW Art Journey Award presented in conjunction with Art Basel Hong Kong.

This is Young’s first exhibition with Team.