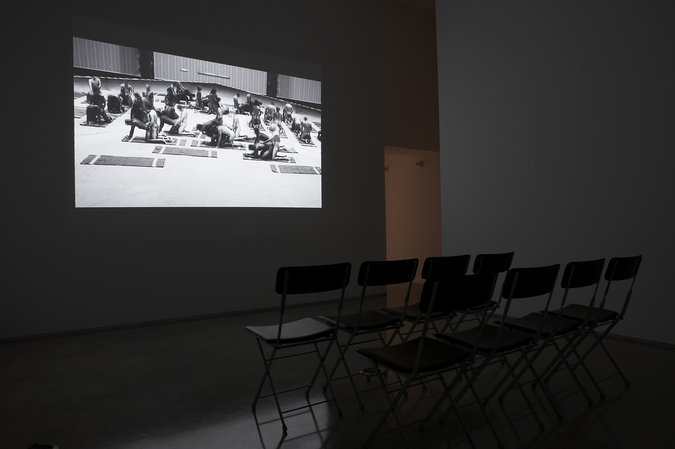 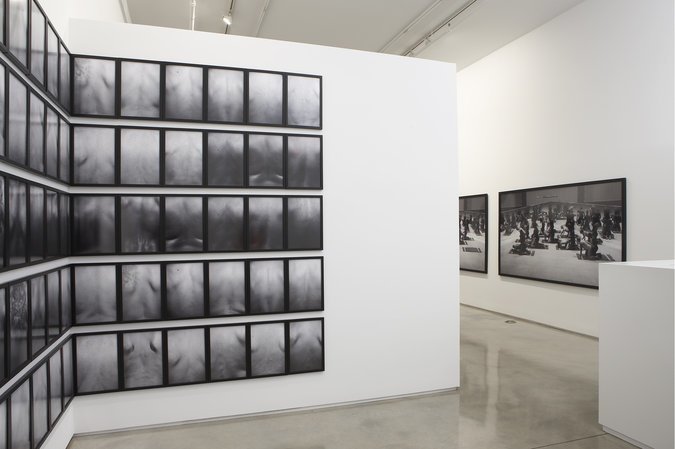 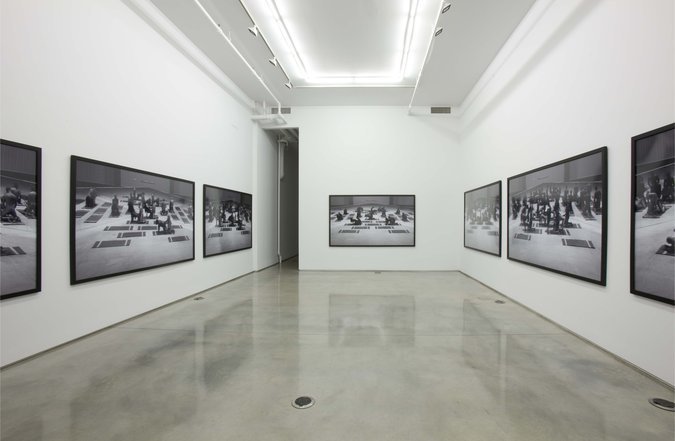 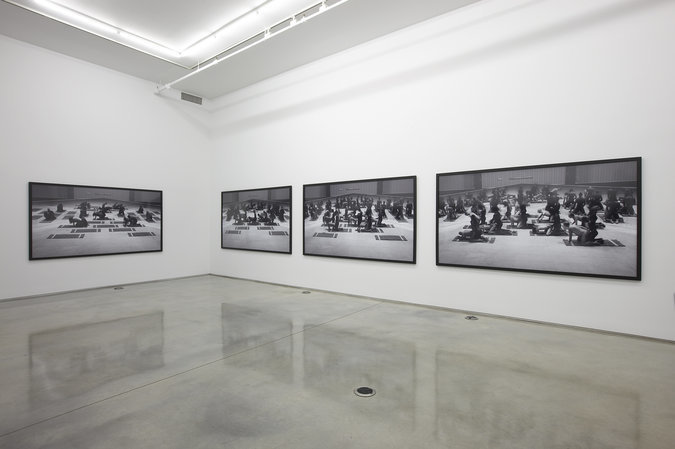 Team is pleased to announce our first solo presentation of the work of Spanish artist Santiago Sierra. The exhibition, entitled Los Penetrados, will run from the 9th of September through the 23rd of October 2010. Team Gallery is located at 83 Grand Street, cross streets Wooster and Greene, on the ground floor. There will be an opening reception Thursday September 9th from 6 - 8 PM.

Los Penetrados (The Penetrated) is a 45-minute film in eight acts. The film was originally shot on October 12 2008, Día de la Raza, or the Day of the Race, which is the Spanish holiday commemorating Columbus’ discovery of the Americas. The film features a mirrored set with ten geometrically arranged blankets positioned on the floor, on which the various possible combinations of male and female and black and white, engage in anal penetration. The faces of the hired participants are digitally removed, rendering them as dehumanized, modular workers in Sierra’s imposed economy. The eight acts are divided into the following permutations: white man/white woman, white man/white man, white man/black woman, white man/black man, black man/black woman, black man/black man, black man/white woman, black man/white man.

Choosing to film on Día de la Raza, Sierra makes an allegorical connection between the conquest of the Americas by the Spanish, and the penetration that occurs in his film. The subject matter of anal sex invites an examination of cultural psychologies of domination and submission as they relate to labor, race, gender, and class. Though conceived upon a mathematical formula, the film’s acts arrive at a succession of fluctuating outcomes, which yield an analysis of contemporary social structures in Spain. For instance, in Act III, seven of the ten blankets are left without performers, due to police pressure against females taking part in the labor. Or in Act V, where the number of passive black male subjects is diminished by cultural insecurities, perhaps born from experiences of racial inequality.

Also on view are two distinct series of photographs, which document the action and become supporting material in its subjectivity. A series of eight large photographs depict the film’s individual acts; the mirrored set, the arrangement of hired workers, and the ten blankets placed on the floor. The other series — of fifty-five small photographs set in a grid — presents images of the backs of the penetrated, further emphasizing their submissive character, and the authority exercised over their bodies.

Sierra’s projects often employ underprivileged individuals who function as laborers in useless and demeaning activities. These acts have largely been seen as a commentary on the social ramifications of capitalist models. Procedures such as tattooing a continuous line across the backs of his “workers” foreground the artists’ concerns with exploitation. He is well known outside of the United States as an agent who challenges notions of the “politically correct” in order to illuminate social incongruities. Stemming from minimal and conceptual practices of the 60’s and 70’s, Sierra’s controversial actions and performances yield evidence and/or documentation in the form of sculpture, photography, video, and installation.

Over the past twenty years, Santiago Sierra has exhibited widely in Europe and the Americas, and has been the subject of numerous solo presentations in museums and galleries, including London’s Tate Modern; Mexico’s Museo Rufino Tamayo; the Konsthall in Stockholm; Kestnergesellschaft in Hannover; Kunsthaus Bergenz in Austria; and at Kunst Werke in Berlin. He represented Spain at the 50th Venice Biennale in 2003.