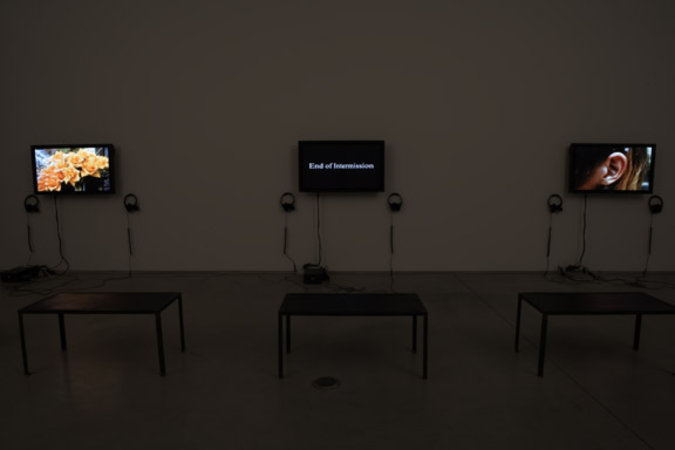 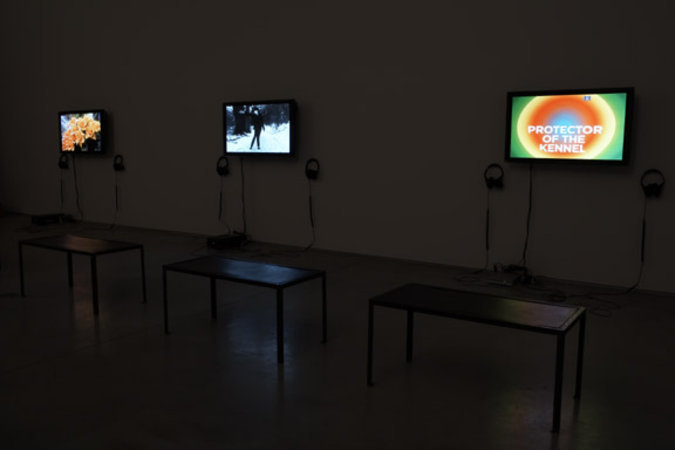 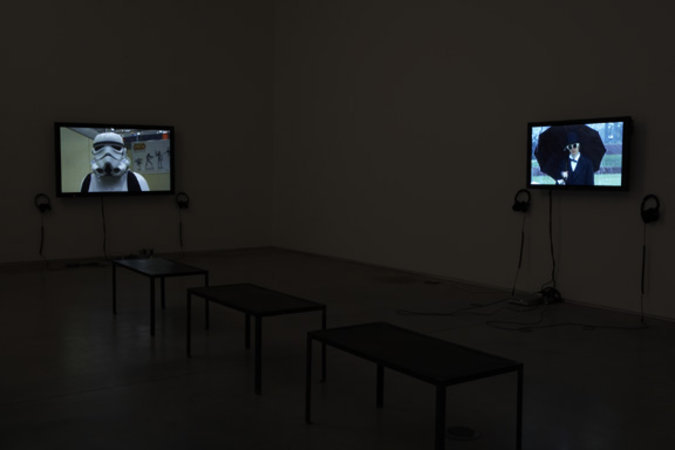 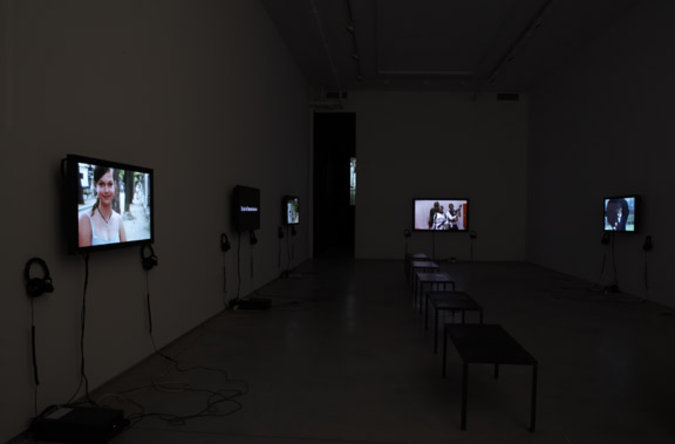 Team is pleased to announce a show of new videos by Slater Bradley. Entitled The Abandonments, the exhibition will run from the 9th of November through the 23rd of December 2006. The gallery is located at 83 Grand Street, cross streets Wooster and Greene, on the ground floor.

Slater Bradley’s latest exhibition is comprised of six videos made over the past three years. These pieces show a tremendous range in their approach to sound track construction, sound/image relations and the skin of the moving image. With such a large number of videos on view their formal composition—their materiality—is presented on an equal footing with the subject matter of each work.

Whether the piece focuses on an enacted Michael Jackson playing in a snowy landscape; an astronaut’s nocturnal passage through the Museum of Natural History; a girl’s kiss planted on the grave of Oscar Wilde; or a turn-of the century dandy dancing on Roosevelt Island, the crafting of every image track is exacting. Shot alternatively in black and white or color, high-definition video or super-8mm, using CGI effects or hand-drawn animation, each piece possesses a unique, almost tactile and highly sensual surface. The soundtracks employ ambient noise, sound effects, new and idiosyncratic arrangements of classical music and pop standards, abrupt edits, a frequent use of distortion, and extraneous recorded speech to achieve an almost psychedelic and distantiating effect.

Diverse genres—music videos, silent film, 60s avant-garde cinema, home movies and the Hollywood musical—all play a role in the myriad aesthetic choices made by Bradley during the sometimes quite lengthy process of completing videos. As such, his pieces have always courted audience expectations while at the same time frustrating intellectual and emotional closure. They give a lot without ever just rolling over and playing dead—they are never content with simply pleasing the spectator. The quite obvious nods to Kubrick, for example, are undermined by an increasing interest in the subversive montage techniques of Godard, while an intertitle design inspired by Murnau’s Sunrise is made strange when conflated with the King of Pop’s lyrics for the song ‘’Childhood.’’

Five of the show’s six videos were made with Benjamin Brock, known to many simply as ‘’the doppelganger.’’ Bradley has been working closely with Brock over the past seven years as subject/object both in photographs and videos. Bradley’s practice—an unusual hybrid of grand travelogue, gloomy diary and cultural commentary—has, more often than not, benefited from the elasticity of Brock’s persona—one moment Michael Jackson or Ian Curtis, the next a surrogate for the artist himself. In this show, the fucker even tap dances.

Bradley’s work was included in the 2004 Whitney Biennial. He has also shown his work at such venues as The Museum of Modern Art, the Kunsthalle Fridericianum, the Reina Sofia, the Kunsthalle Wien, the De Appel Foundation, the Chicago MCA, and the Palais de Tokyo. Bradley has had solo gallery shows in London, Paris, Geneva, Berlin, Vienna, San Francisco, Los Angeles and Tokyo, among others. Bradley was the subject of a one-person exhibition at New York’s Solomon R. Guggenheim Museum in the Spring of 2005.

This is Bradley’s fifth solo show at Team—the 24th solo exhibition for the 31 year-old artist.