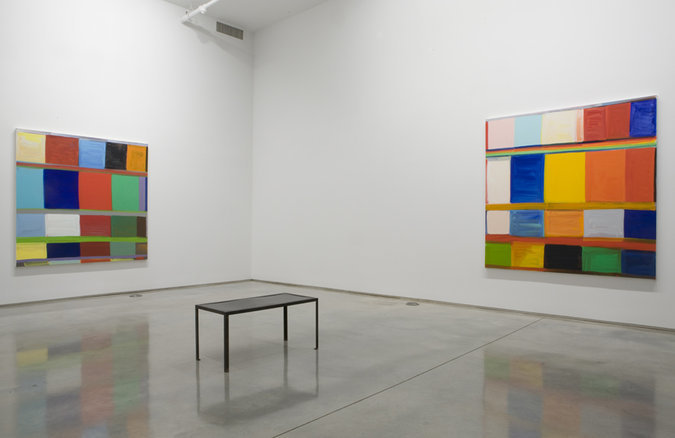 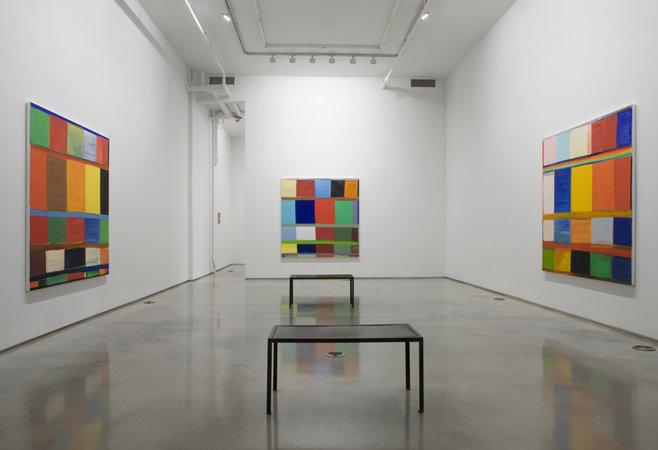 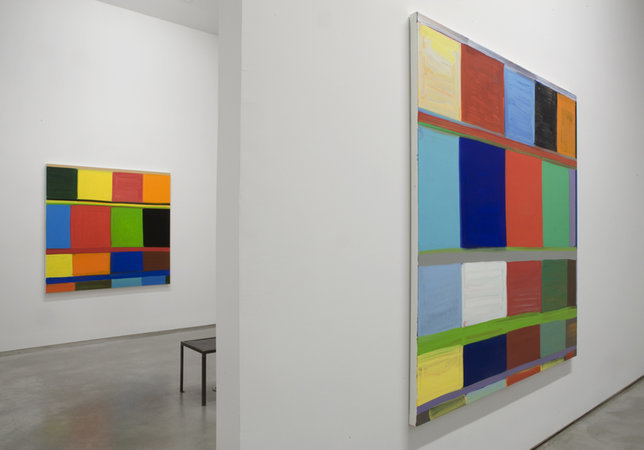 Team is pleased to present a show of new paintings by Stanley Whitney. The exhibition will run from the 7th of January through the 6th of Februrary 2010. The gallery is located at 83 Grand Street, cross streets Wooster and Greene, on the ground floor.

Like a correspondent in the standardized Western mode, Stanley Whitney approaches the blank page of the canvas and begins to write his sentences, word by word, from the top left corner, concluding at the bottom right. His words, blocks of vibrant color, are laid side by side - individual utterances, following one upon the other, creating full thoughts; saturated statements of luminosity. The artist's process continues until the paintings are so loaded that they threaten to explode. In his view, the paintings succeed when, despite their scale, they become so crowded that it appears as though a single wall could not contain them.

Whitney's paintings are as much written as they are constructed, moving the viewer's gaze across their surfaces - laterally first, vertically second - never allowing the eye to rest in one place for too long. In these paintings, colors are not only butted up against each other - at one moment seemingly contained by the horizontal bands, at other times careening off the edges of the canvas - colors also lurk behind colors, sometimes bleeding into each other.

The modules of painted color can be seen either as paintings within the paintings or as building blocks used in the construction of the pictures facade. Once the idea of an architectonic reading is placed in the mind of the viewer, it seems impossible afterward to ignore it. Windows, piled on top of windows, create ramshackle tenements of light.

Whitney's work presents, real, tangible, visible relationships - of the brush to the canvas, of the artist to his labor, of the artist to a world-view, and of the artist to a visual sign of his authorship; nothing is occluded, everything is out there. The paintings are what they are but their potent impact, their sensuousness, their attractiveness, remains nevertheless mysterious. It is possible that Whitney's greatest accomplishment - and he pulls it off in every painting - is that these effortless paintings possess such severe conviction. In Whitney's work, daily labor becomes akin to spiritual practice.

Whitney has been exhibiting his work since 1970. In those forty years he has never wavered from his intense commitment to a rigorous and reduced manifesto of abstraction with limitless possibilites. Both minimal and expressive, dryly conceptual and jazzed-up, Whitney's pictures house equal parts intelligence, history, and reckless abandon.