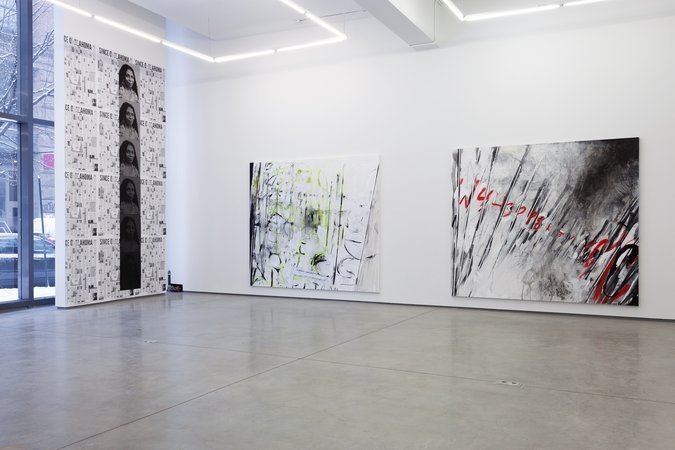 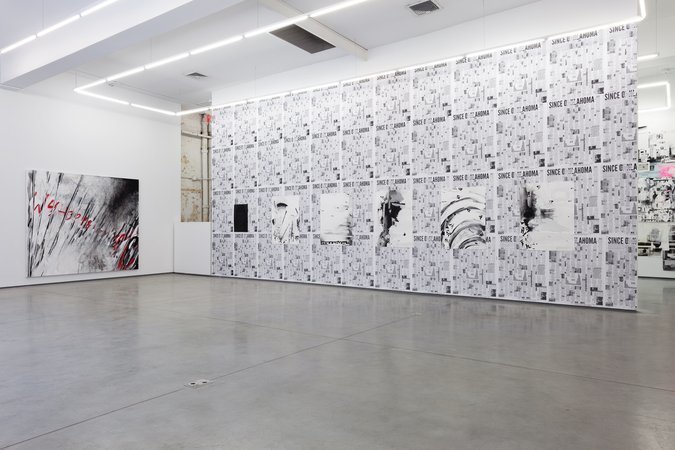 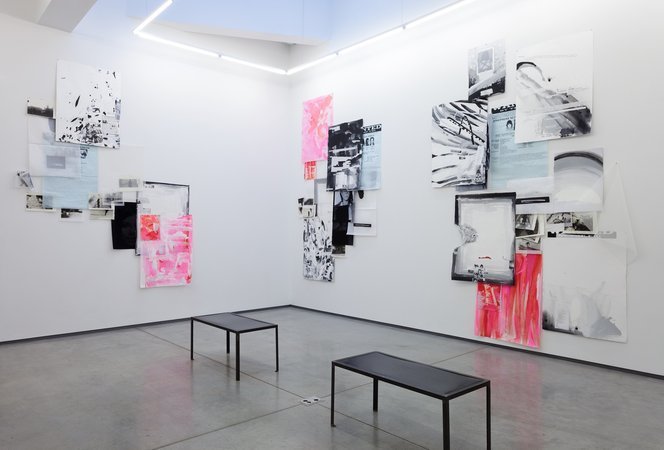 Team (gallery, inc.) is pleased to announce a solo show by the New York-based painter Suzanne McClelland. Entitled Call with Information, the exhibition will run from 22 February to 29 March 2015. Team (gallery, inc.) is located at 47 Wooster Street, between Grand and Broome, on the ground floor. Concurrently, our 83 Grand Street space will house World with Difficulties, a one-person exhibition of new work by Jakob Kolding.

Words and numbers serve as the springboard for Suzanne McClelland’s paintings, which seek to occupy the semiotic gap between representation and the represented, between a name and the thing itself. Her practice is born of extensive reading and listening, reflecting upon the resonances and overtones of words and numbers. Rather than limiting herself to the semantic and visual qualities of text, the artist examines language’s complex networks of aural and optic associations. Handwriting becomes a form of drawing, a means to explore the disparity between spoken and written language. Semi-legible letters and numbers curl and twist on the canvases, bringing to mind speech’s bodily genesis.

For this exhibition, the artist employs documents and information associated with American extremism as source material, turning her attention to domestic terrorists and hate groups. The contrast here – between the words and the extremely physical actions they describe – is pronouncedly stark. McClelland’s particular interest in these people – as opposed to other violent criminals – stems from their classification as domestic terrorists, nationals considered enemies of the state. This highly specific status derives from the ideological motivation of their crimes, leading to their designation as attacks on the nation itself, rather than its inhabitants, on a discursive construction, rather than a concretely extant populace.

FBI wanted posters of domestic terrorists provide the textual source material for one series of paintings. With these works, McClelland delivers an iconoclastic take on the genre of portraiture: bits of fragmented information – a height, an alias, an eye color, a crime – allow the viewer to put together an incomplete picture of an ultimately unavailable person. Here, text acts counter-intuitively as the indication of a void, the substantiation of an absence – language is used in a failed attempt to quantify the unmeasurable. Data endeavors to recreate the human but remains inadequate and superficial: these “portraits” are devoid of interiority, of the motivations that actually define their subjects in this context. The artist takes obscurity as a subject, using shrouding, the unavailability of information, to drive her painterly gesture.

Since the mid-1980s, Suzanne McClelland has shown her work extensively in the United States and abroad. Museum solos include The Whitney Museum of American Art in New York and the Orlando Museum of Art in Florida. Her work is included in many public collections, among them The Museum of Modern Art, The Metropolitan Museum of Art and The Brooklyn Museum in New York City; The Yale University Art Gallery, the Albertina in Vienna and the Walker Art Center. McClelland participated in the 1993 and 2014 Whitney Biennials and was recently included in The New Museum’s NYC 1993: Experimental Jet Set, Trash and No Star. McClelland was recently awarded the Lab Grant Residency at Dieu Donné, and paper works included in this exhibition were created through this program.