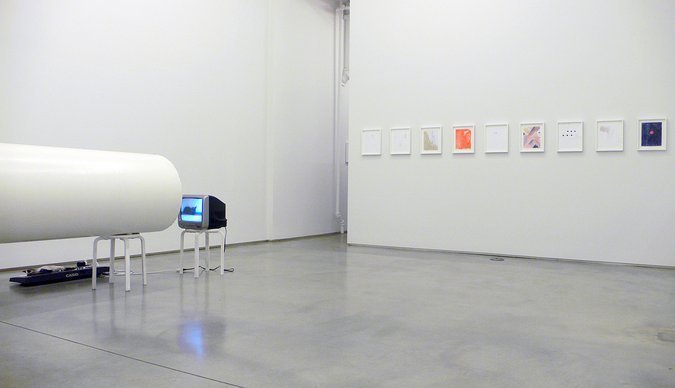 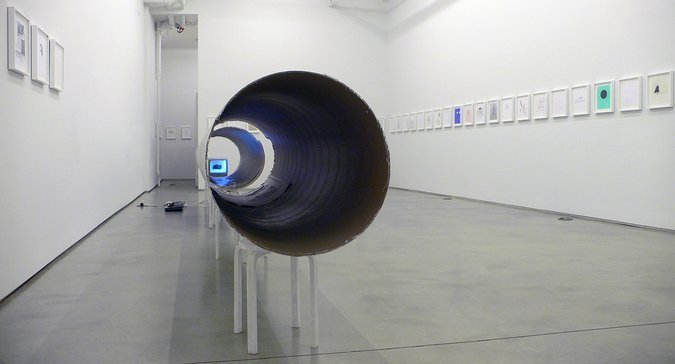 Team is pleased to present an exhibition of new drawings and sculptures by Tam Ochiai. Entitled Tiam O’shian IV, the exhibition will run from the 2nd of September through the 4th of October 2008. Team Gallery is located at 83 Grand Street, between Wooster and Greene, on the ground floor.

Misspellings or the misuse of words are often a starting point for Ochiai’s artwork. For this exhibition, Tam Ochiai becomes Tiam O’shian IV, a prize-winning show cat born in 1899. Ochiai uses a cat in spirit and form to address drawing in paper, sculpture, and text.

For the past two years, Ochiai has created a series of drawings — eternal soup and sudden clarity — that range from the mundane tasks of everyday life to emotional reactions to Beethoven. The style changes to fit the content, from wispy fashionable figures to aggressive abstractions of cat scratches. The installation at Team will include about seventy framed drawings, along with two very large sculptures which can’t help but alter the movement of a viewer attempting to move simply from drawing to drawing. The sculptures serve to foreground the role of the human body and of architecture in the “reading” of drawings.

At first glance, the sculptures appear to be white, masculine, minimal forms, but closer examination reveals the surfaces to be painterly and scratched. Before the opening of the exhibition, Ochiai will bring cats to the gallery to live on his sculptures and, through their movements, draw on his sculptures. Recalling Berthold Lubetkin’s philosophy for the British Modern Penguin Pool, the cat carving sculptures take inspiration from the movement and behavior of cats at play.

On the occasion of the exhibition, Ochiai has created a new book, note on drawing.

Ochiai was born in Yokohama and is based in New York. He has had numerous one-person exhibitions with Tomio Koyama in Tokyo, Francesca Kaufmann in Milan, Arndt & Partner in Berlin. He has also participated in both gallery and museum shows in London, Basel, Salzburg, Amsterdam, México City, Copenhagen, Osaka, Dijon and Brussels. This is Ochiai’s fifth solo show at Team.