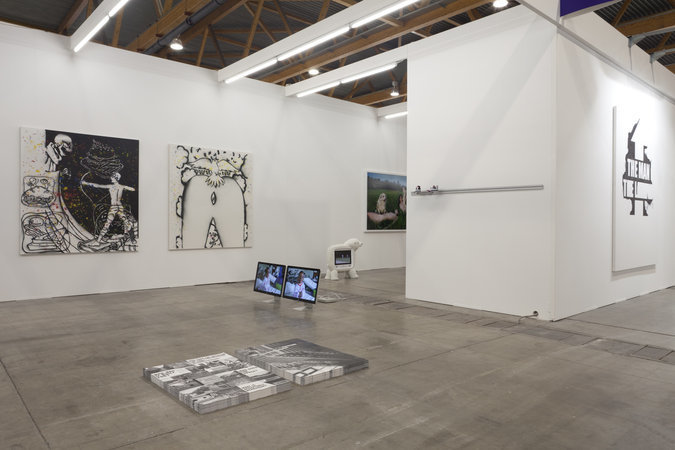 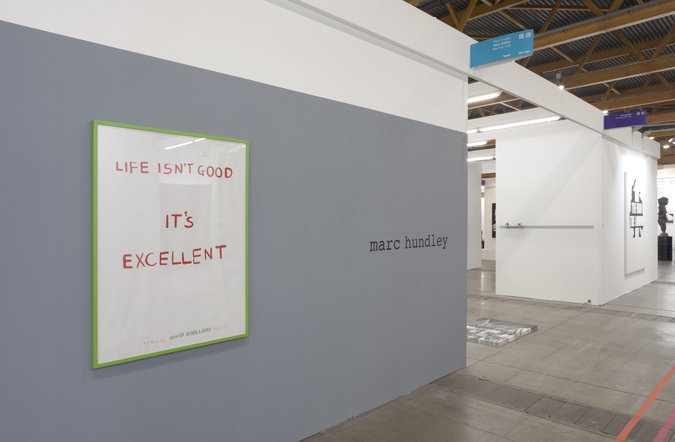 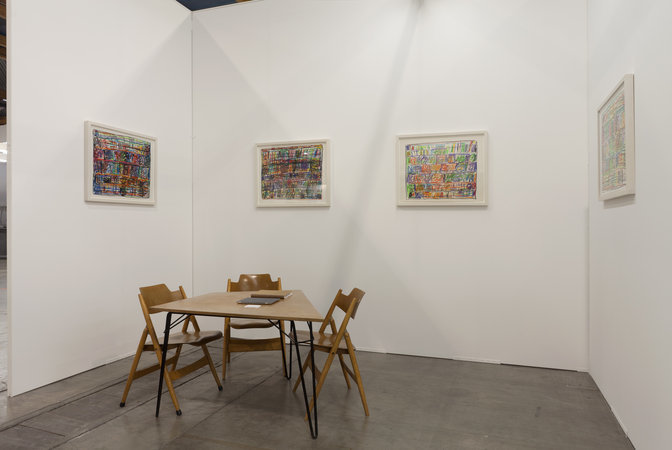 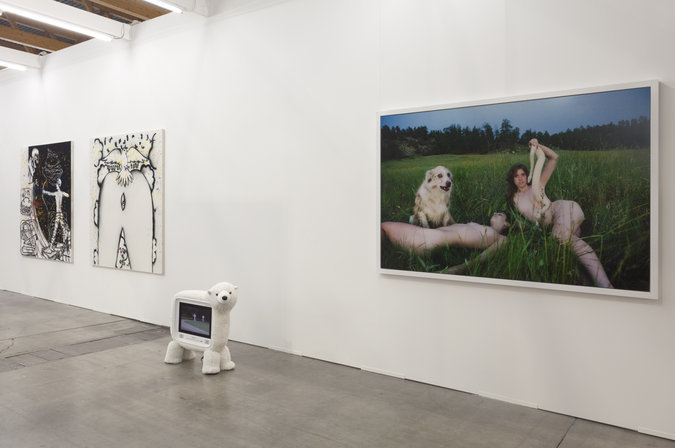 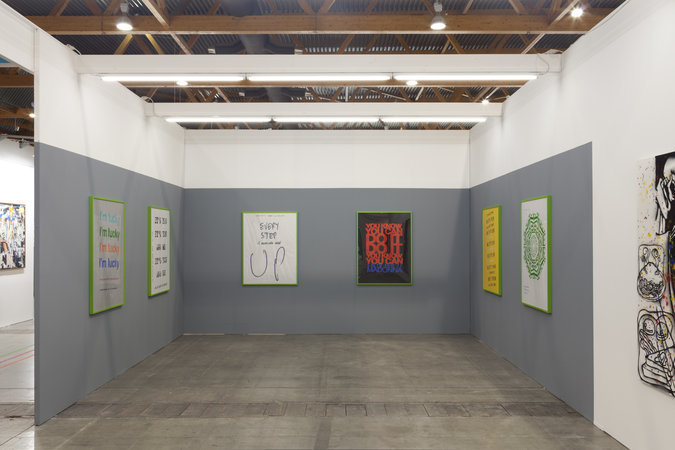 Team (gallery, inc.) is pleased to announce its participation in the 2013 edition of Art Brussels. This marks the gallery's first appearance at Belgium's premier fair of contemporary art.

Team will be exhibiting new work, across a variety of media, by a number of gallery artists including Cory Arcangel, Gardar Eide Einarsson, Massimo Grimaldi, Jakob Kolding, Ryan McGinley, David Ratcliff and Stanley Whitney. Additionally, the gallery is presenting a solo show by Marc Hundley.

The gallery will debut two pieces by Cory Arcangel, both concerned with the representation of planned obsolescence and the expiration of recent history. In one, a novelty television, embedded in a polar bear sculpture, depicts President Bill Clinton jogging while, in another, two melancholy baby Nike shoes are placed on a pre-fabricated aluminum presentation mount. David Ratcliff's recent works on canvas echo this mood. Meticulously rendered in his signature medium of paint sprayed through handmade stencils, Ratcliff's paintings depict imagery culled from print ephemera of the 1970s. Gardar Eide Einarsson's painting is bold-faced but occluded by his handmade renderings in black and white. Our presentation will also include Stanley Whitney's intimate crayon drawings. This body of work, executed in 1999, bolsters and inspires his more well-known oil paintings on canvas.

Massimo Grimaldi will be represented by a two-panel display of images of children in the Sudan displayed on new Macintosh computer monitors. Grimaldi continues to undermine the art viewer's experience by conflating harsh sociopolitical realities with the candy-colored seduction of consuming these kinds of images on the most attractive tech platforms. A large-scale photograph by Ryan McGinley-featuring nude models and animals-imagines an idyllic and impossible dream of youth. Stacks of Jakob Kolding's commercial grade posters, simultaneously lauding and criticizing the development of urban space, will be placed on the floor.

Marc Hundley had his New York solo debut at our Grand Street location in September of 2011. Since then he has been included in exhibitions at London's Herald Street, New York's White Columns and L.A.'s Cherry & Martin. Following our two-person presentation at London's Frieze Art Fair this past October, the gallery had asked Hundley to consider creating a body of work specifically for Art Brussels. Hundley has selectively appropriated bits of texts and song lyrics, often from nostalgia-evoking sources, to make these new works on paper. His uniformly sized prints, executed in bold, graphic colors concentrate on declarations of pure optimism and hope. As with his previous installations, Hundley attempts to create environments that engender social interactions and chance encounters.