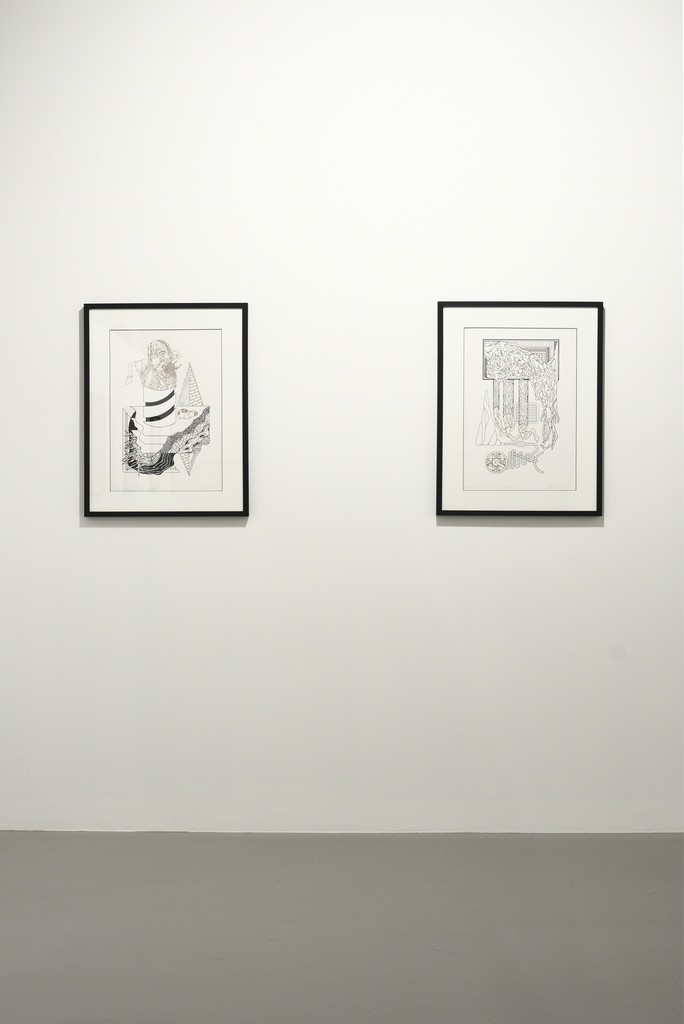 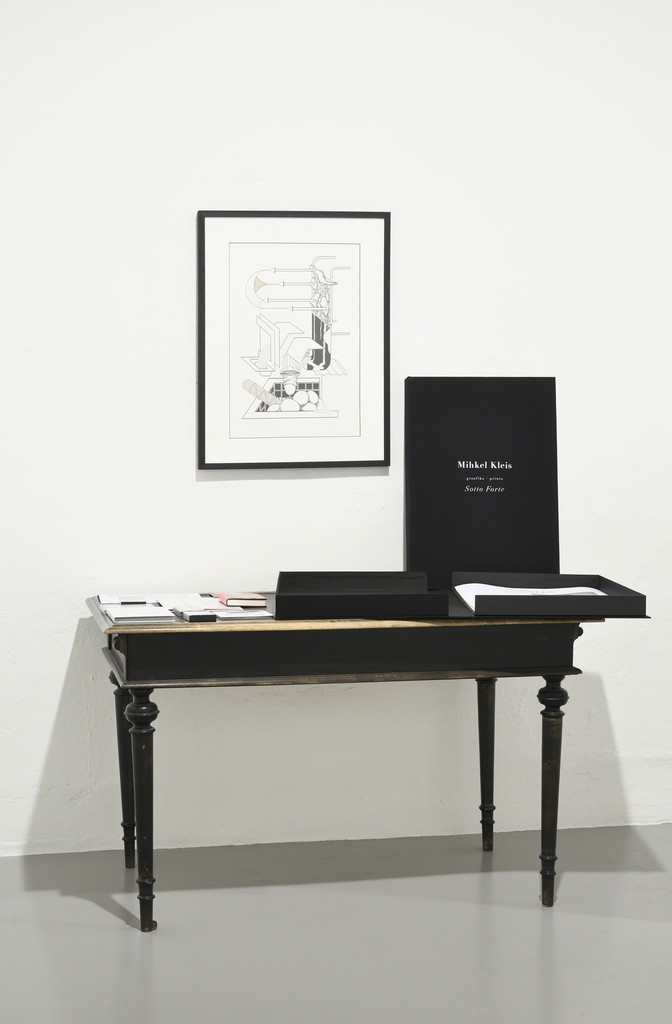 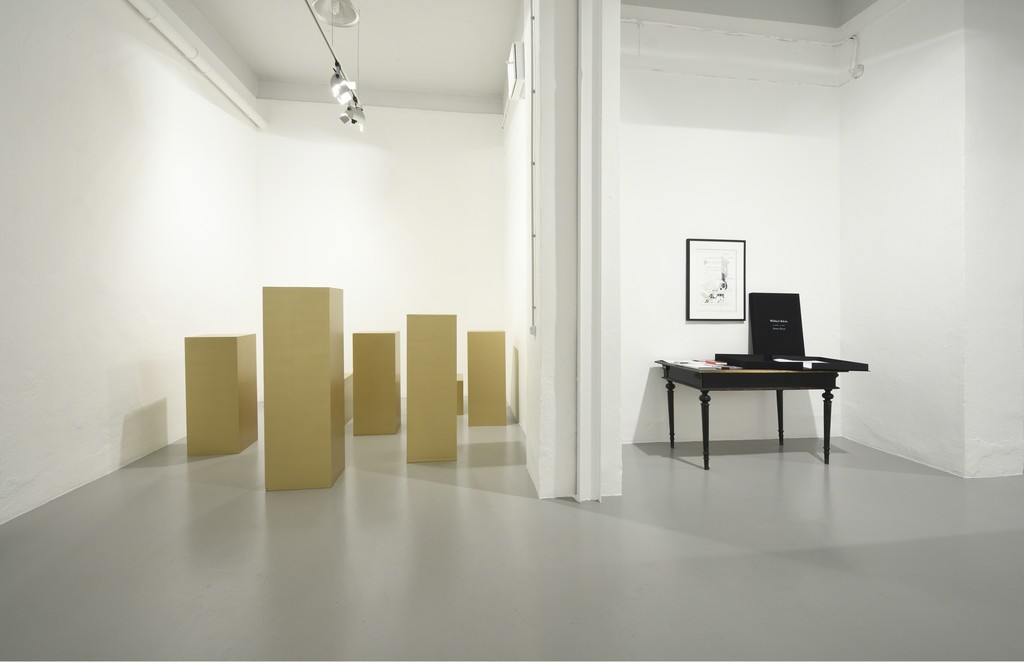 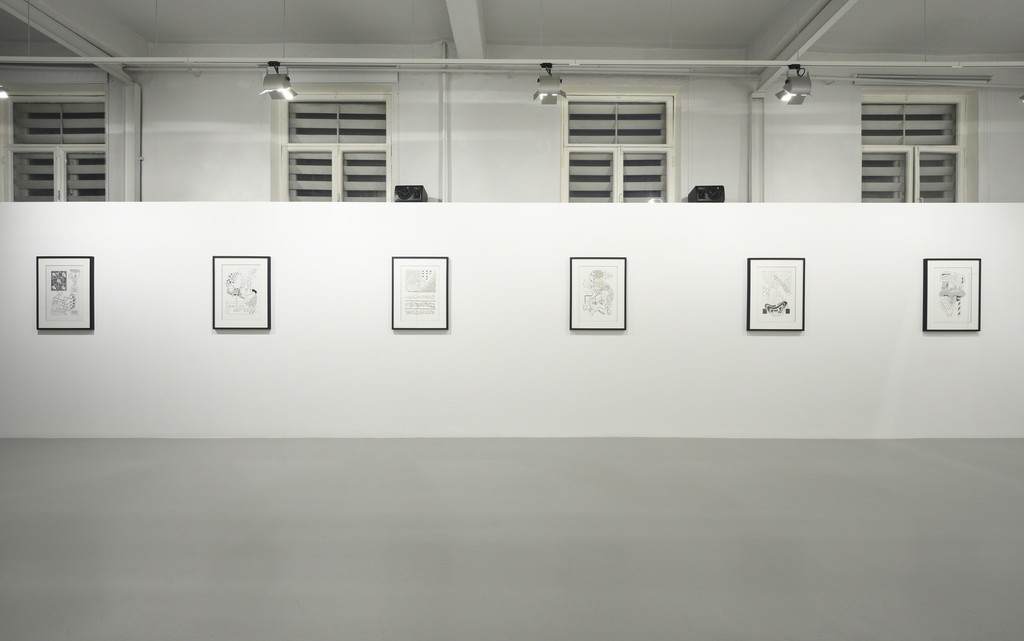 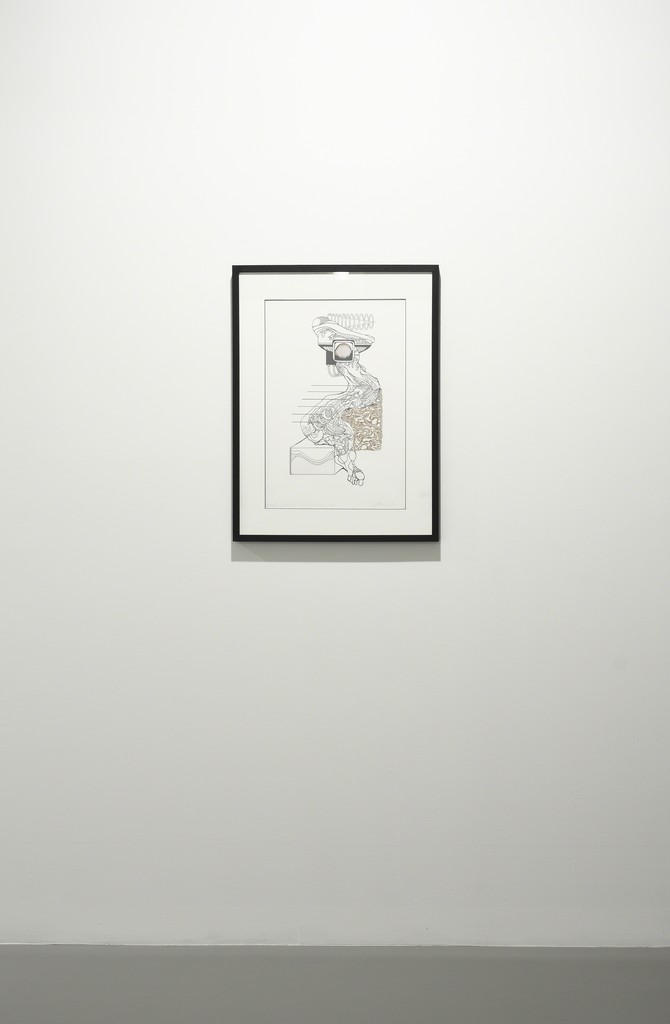 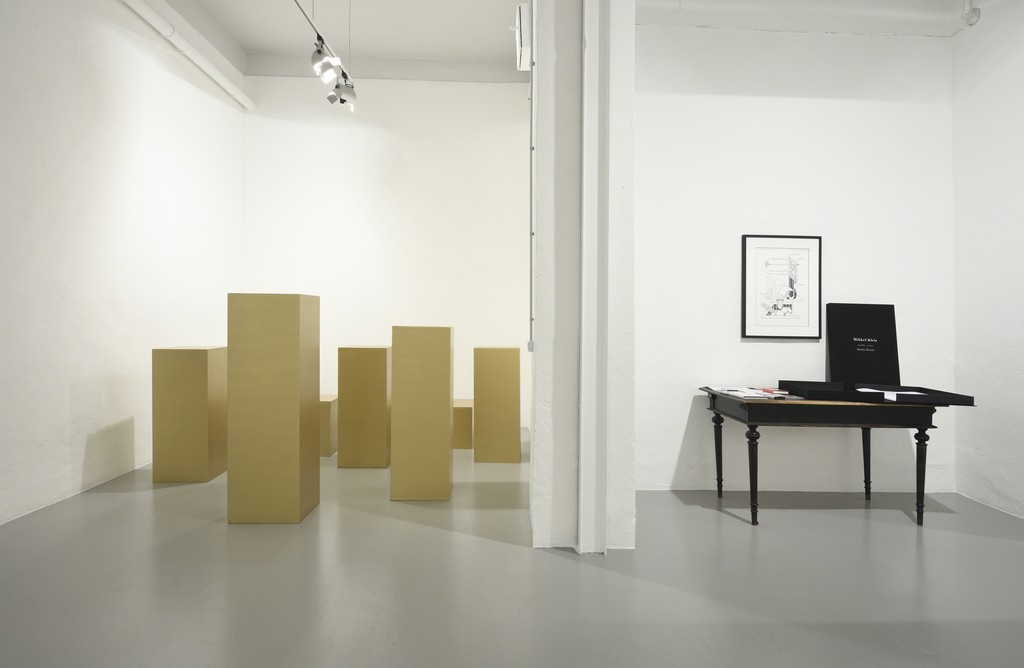 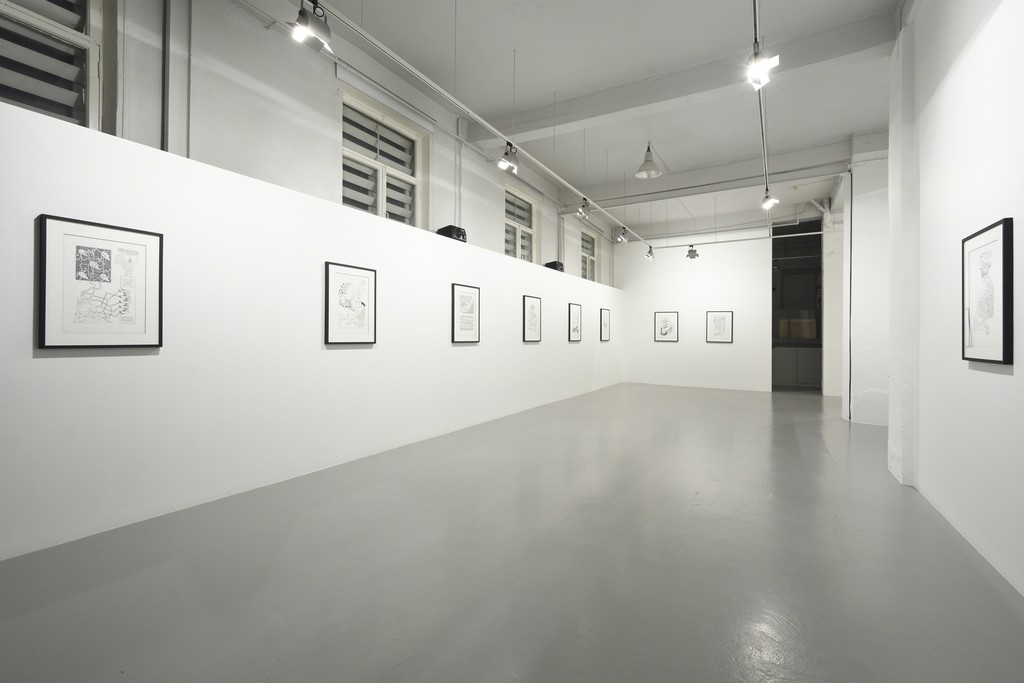 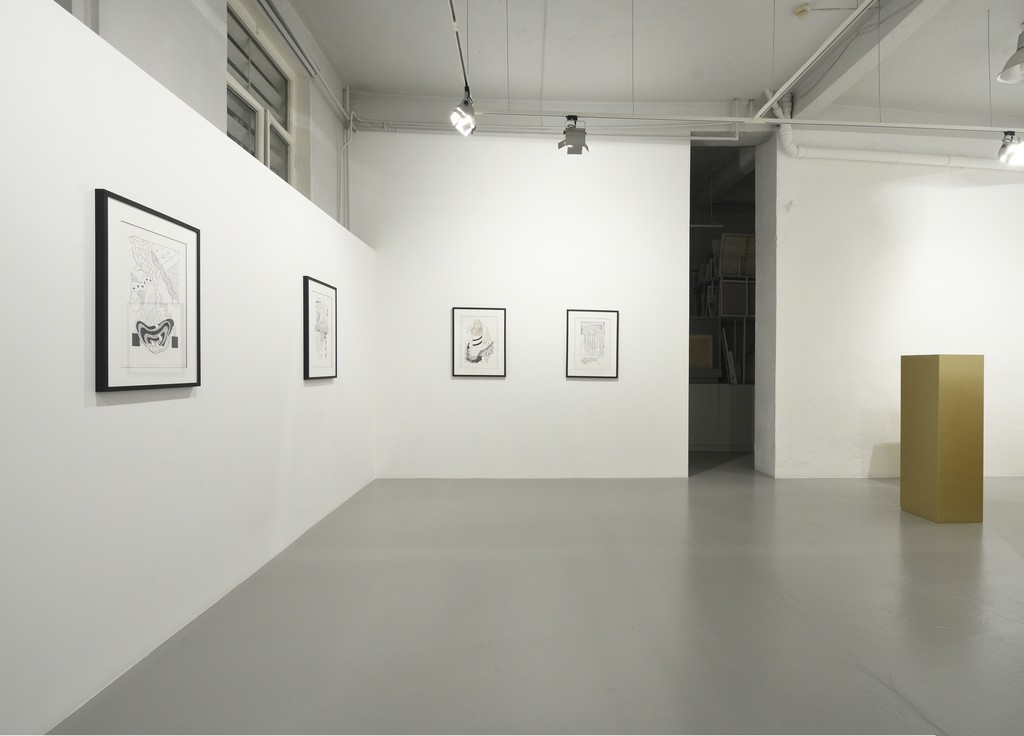 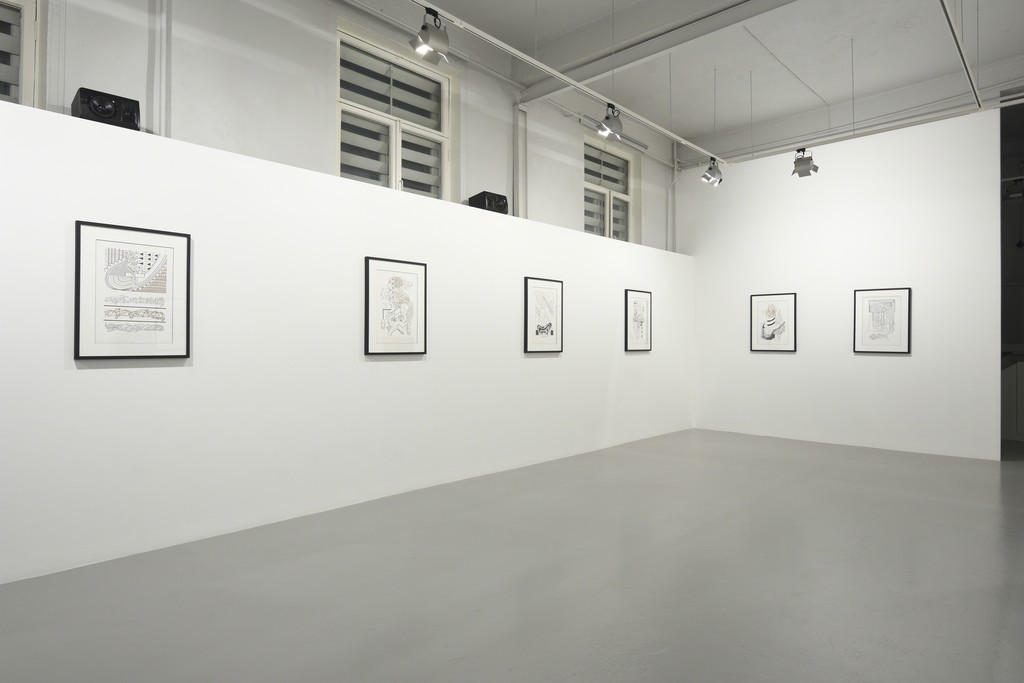 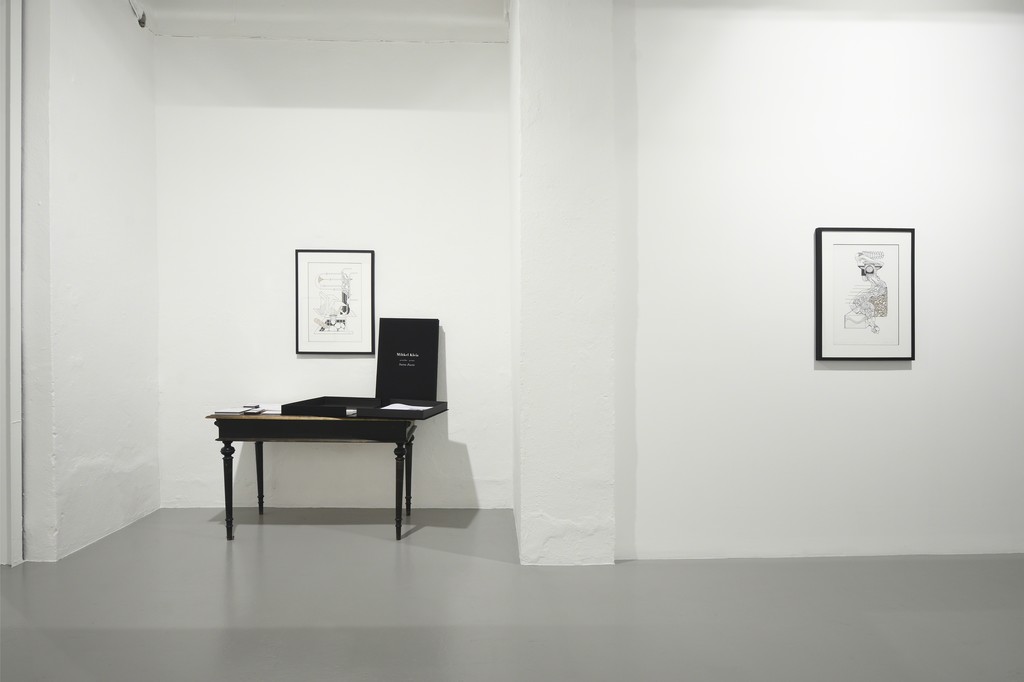 The works of Mihkel Kleis have given him recognition as a pop culture expert who as a DJ with somewhat god-like powers constructs and deconstructs identifiable signs and symbols, finding new and unexpected connections between them. He has an undisguised fondness for all manner of shocking and transgressive subcultures but never leaves the high road himself – in this way he’s a bit like old-fashioned nobility.

Over time, he has moved away from recognizable images with a definite symbolic meaning. His parallel life as a musician is quite significant in this regard as it’s here that he can more freely realize his dystopian visions.

With his graphics portfolio, he makes a palpable change in his visual art. Figures and quotations have receded to the level of ambivalent references. His personal universe has started powerfully asserting itself. Unfolding on these ten graphic sheets is a reality that obeys only its own rules and logical causality.

These compositions are not metaphors for the feverish fears of a disturbed mind. There are only a few lone references to human-centricity; rather, we are witnesses to processes taking place in a world foreign to us. This unknown world is based on its unflagging activity in its insatiable, irrationally pulsating will to live.

“Sotto Forte” is an apocalyptic vision of a posthumanist future, the organic and biomechanical forms and distant echoes of bodily transformations are counterbalanced by unexpected hybrids with art history, the cult of curios and salon art. The compositions are tied together by a pervasive tension and the unique force of the logic of symbols, which never lets the attention become flaccid.