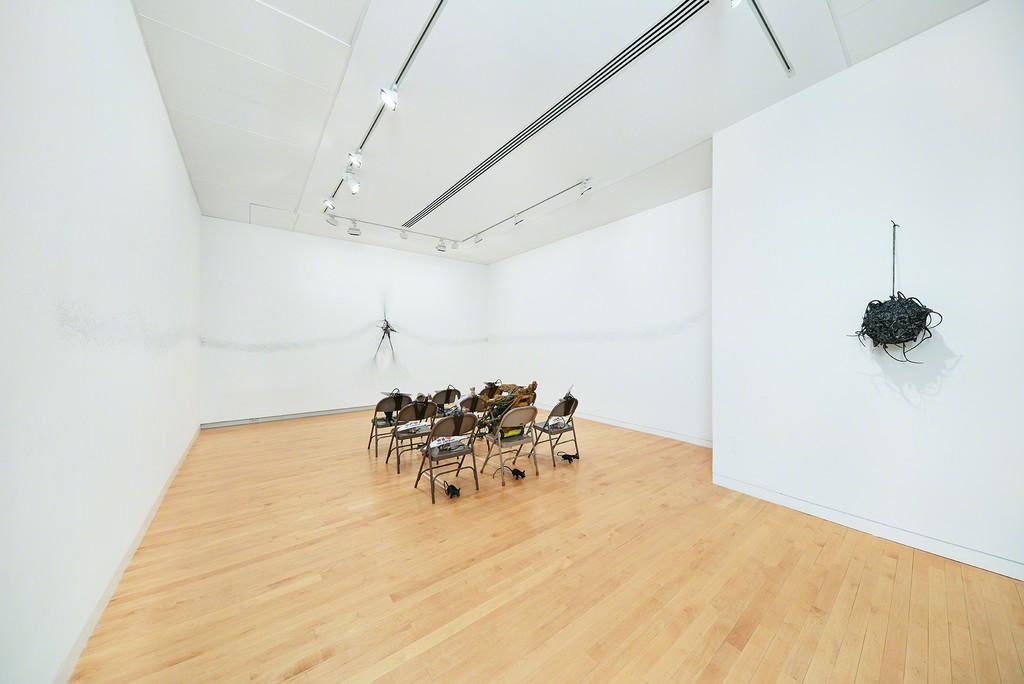 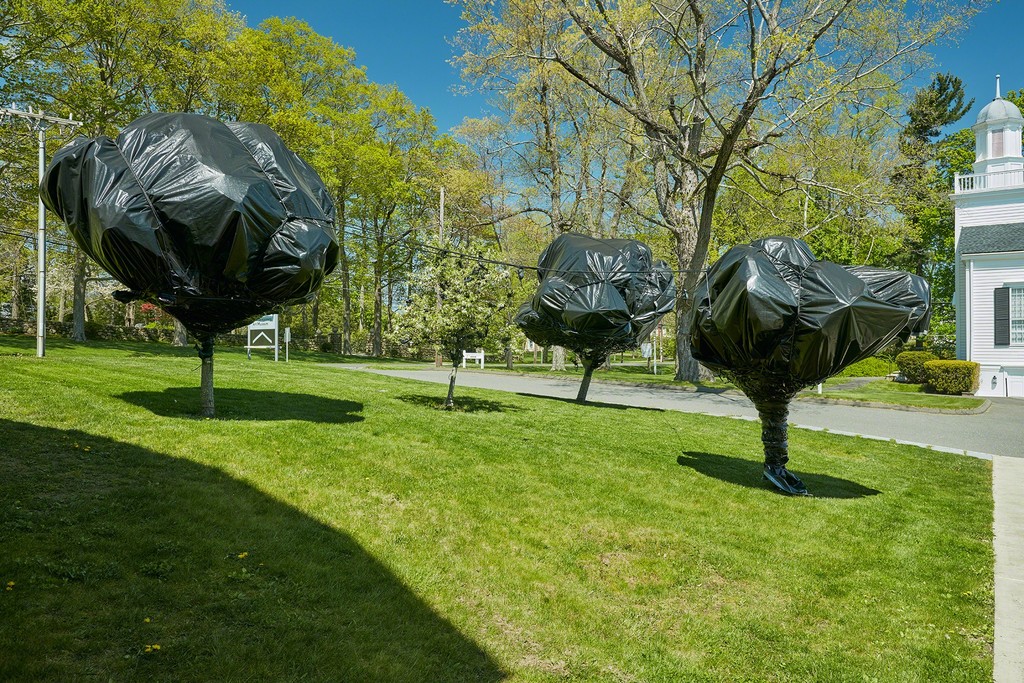 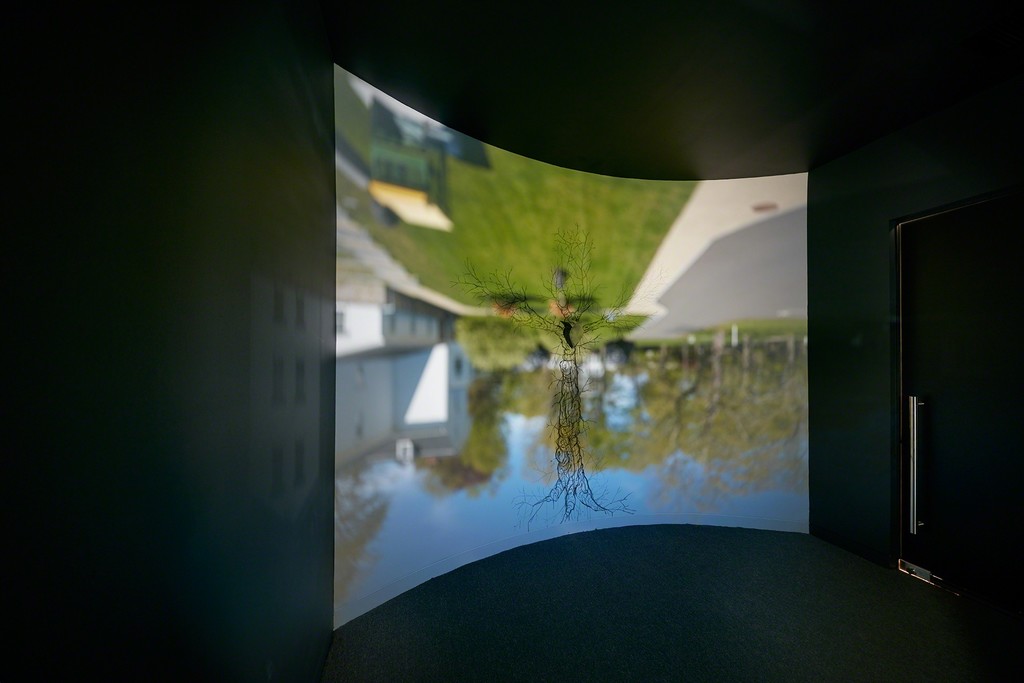 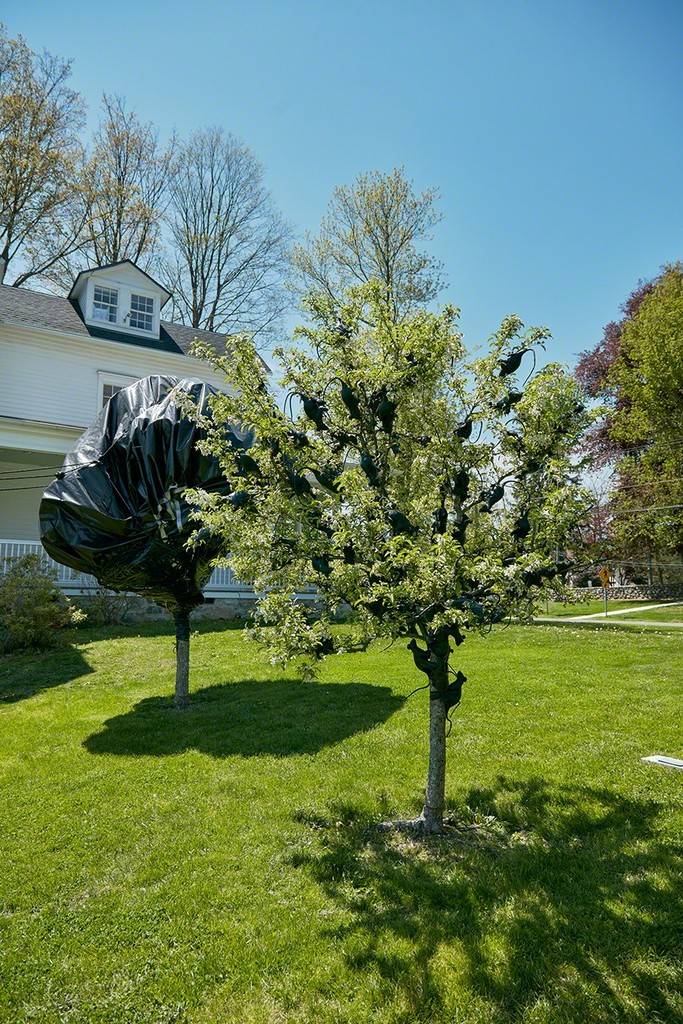 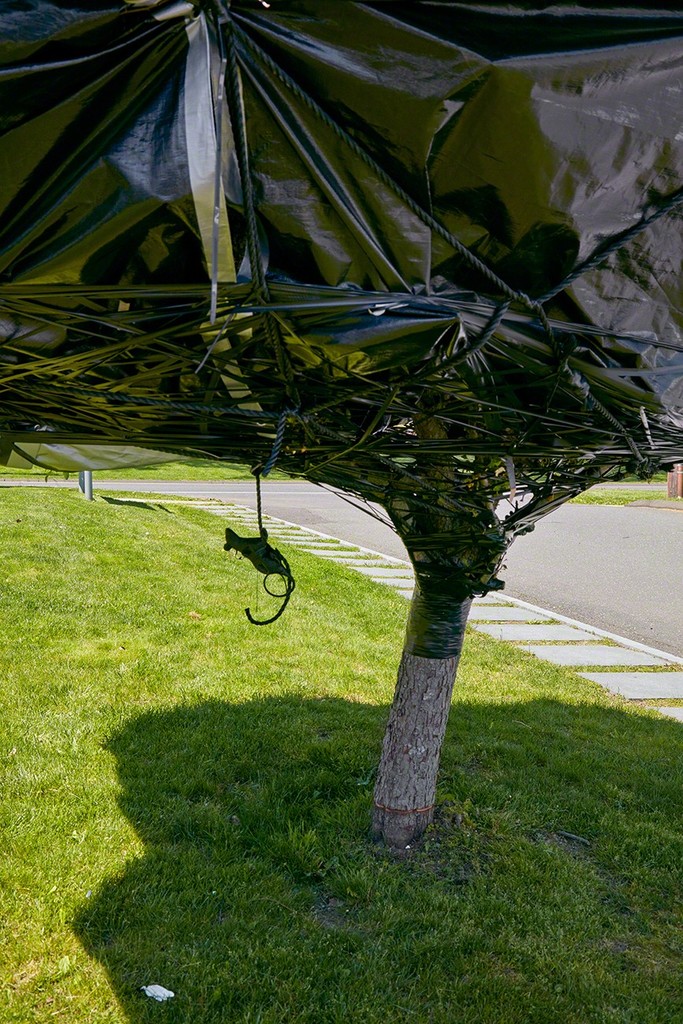 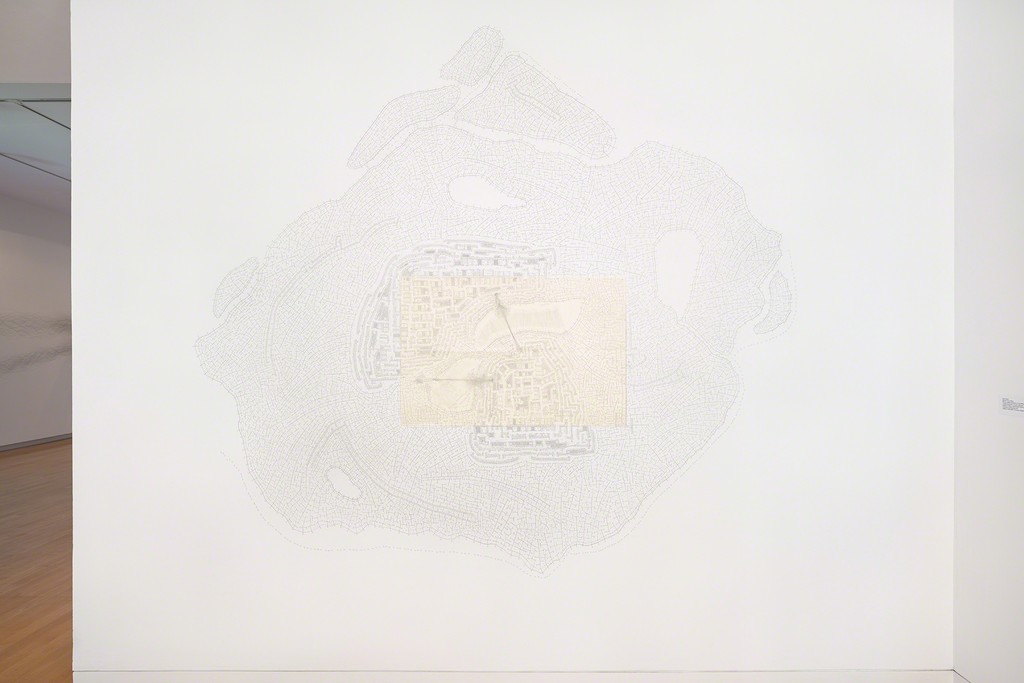 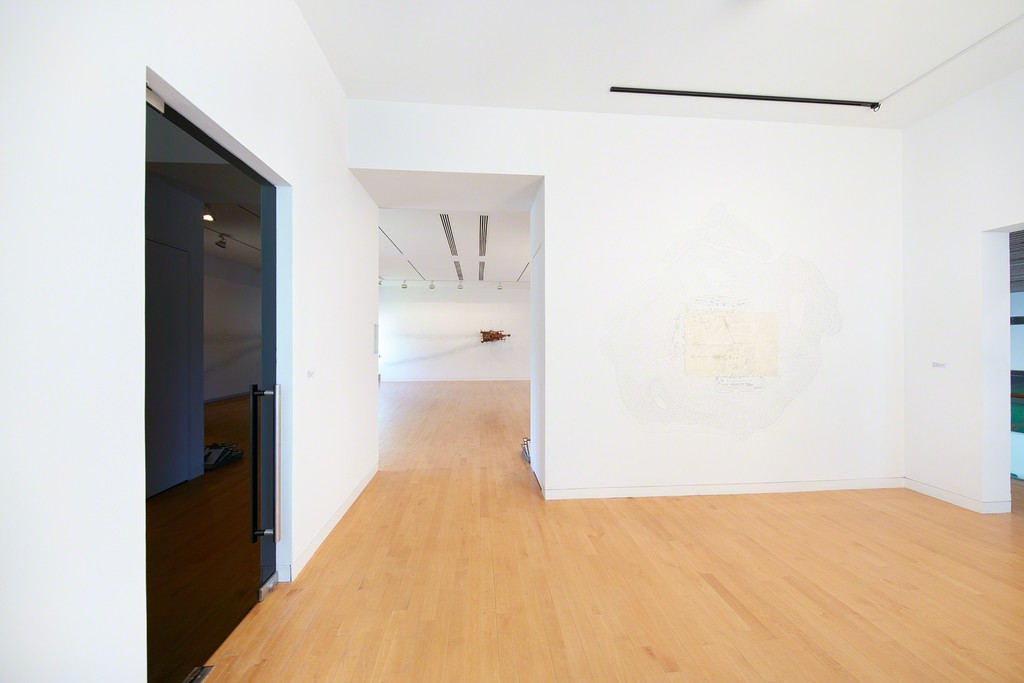 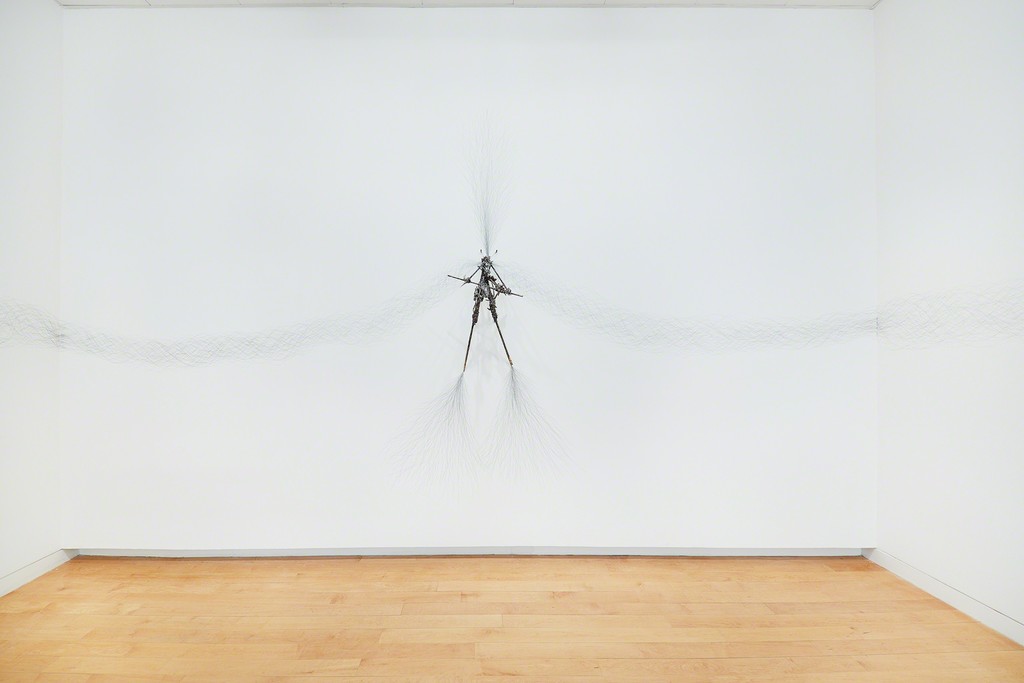 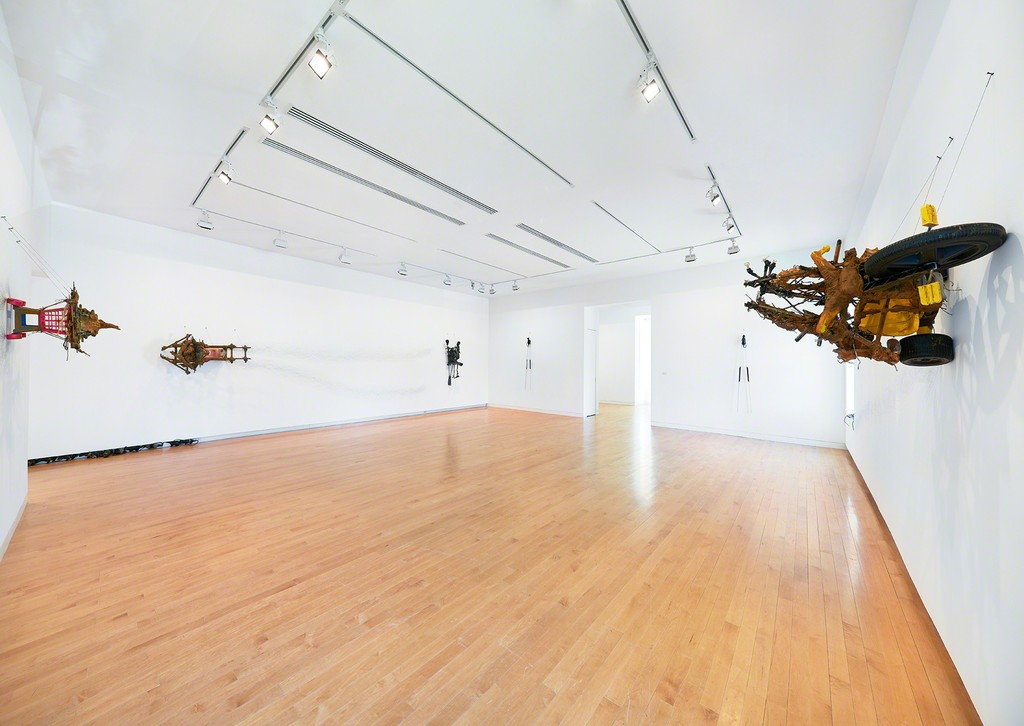 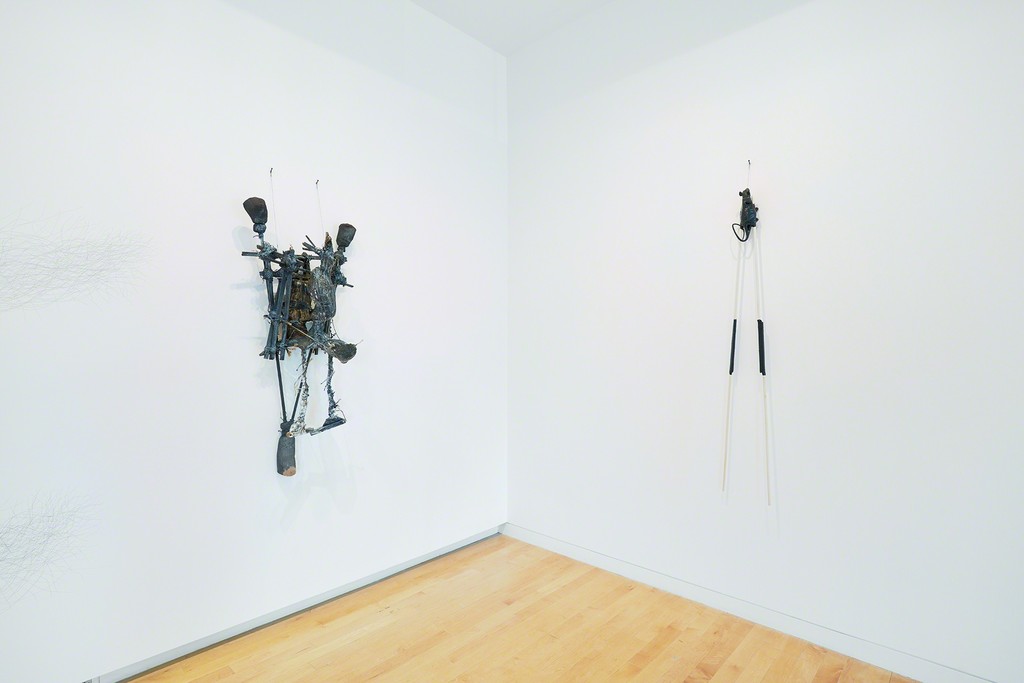 During a career that now spans over four decades, Kim Jones has created a singular and subjective body of work based on both extreme personal experience and a wide range of artistic influences. Commentary about his work often dwells on details of his biography, which include surviving a severe childhood illness and serving in the Marines during the Vietnam War. These facts certainly have a bearing on understanding aspects of his output, but Jones’s life story has a tendency to induce a viewer to presuppose meaning prior to direct acquaintance, a situation that can limit interpretation. The artist’s history, however, has clearly led to his thinking of himself as an outsider, and this estrangement has been played out throughout his career with an interrelated series of performances, sculptures, drawings, and writings that are defined by a range of elemental and expressionistic impulses. The title of this exhibition, White Crow, refers to the extremely rare occurrence when a crow is born without any pigment in its plumage. This marks the bird as not only an outsider, but also, in folk mythology, as an omen of impending change. It should be noted that Jones thinks of White Crow, which includes some individual elements that Jones has worked on over a thirty-year period, as one continuous installation, echoing the importance of memory and the life he has lived in his practice as an artist.

In this exhibition, the crow and the rat (an animal that is featured in much of Jones’s work) appear repeatedly, connecting a series of indoor installations with what is one of the artist’s largest outdoor site-specific works to date. This installation, which was created during a ten-day residency at the Museum, involved the transformation of a grove of four small crabapple trees in front of The Aldrich into a festooned and wrapped sculpture. Additionally, Jones has utilized the Museum’s camera obscura, a small room that looks out towards the grove of crabapples, for an installation involving both sculpture and wall drawing. This includes the camera obscura’s projected image of the area around the trees, linking his intervention in the landscape with the indoor environment. It should be noted that the camera obscura is the only place in the exhibition where a white crow appears, perched in the center of the camera’s upside-down photographic image.

Included in White Crow, and augmented by a surrounding drawing done directly on the gallery wall, is one of Jones’s “war drawings,” a continuing series that he began as a teenager in the late 1950s. Jones didn’t show his war drawings for many years, tentatively exhibiting them for the first time in 1980. Obsessive and labyrinthine, these drawings evoke the diagrammatic battle drawings done by children with their aerial perspective, weapon trajectory lines, and geographical and architectural abstraction. True to his overall approach to art making, the war drawings are never finished (until they leave the artist’s possession), being worked and reworked over extended periods.

Comparing a war drawing with one of the artist’s spiky wood constructions, the viewer is struck by a formal similarity: an organization of space that is tentative, web-like, and subject to forces of both creation and destruction. Jones’s constructions resemble the primitive—yet strong—bamboo scaffolding that is used in Asia, or the protective, quill- covered back of a porcupine; they frequently have specific references to the body, including pantyhose-wrapped and painted elements that resemble viscera, and surfaces covered by crepuscular, biomorphic drawing.

Many of the sculptures in White Crow include children’s toys as elements, and one work, which is constructed on top of a “Big Wheel,” incorporates a group of toy soldiers that Jones played with as a child. In the Museum’s Sound Gallery, the artist has created a school classroom* of sorts: a strange tableau that reflects on his interest in blurring the boundaries between humankind and the natural world. This use of toys and the references to childhood point once more to the importance of memory and recollection in Jones’s work.

Site Lines: Four Solo Exhibitions Engaging Place
Kim Jones: White Crow is part of Site Lines: Four Solo Exhibitions Engaging Place, which opened with a public reception on May 1, 2016. This series of exhibitions also features David Brooks, Peter Liversidge, and Virginia Overton, presenting site-specific commissions, ranging from sculpture to drawing and performance-based works. The exhibitions encompass both the monumental and the ephemeral, intersecting, interconnecting, or mirroring the Museum's interior galleries and two-acre Sculpture Garden, as well as the surrounding community. The artists utilize materials found on or indigenous to the grounds and the area, offering a response to "site" that underscores the institution's material history and its visual condition by transforming scale and circumstance. The works seek to "frame" the interiority of the galleries against the natural landscape while also accentuating the Museum's unique architectural features, such as a pitched roofline, paned windows, and a room-scale camera obscure. Viewers are able to respond to works from multiple vantage points as they move around the Museum's galleries, grounds, and the surrounding environs. Gravel Mirror (1968), a work by the influential artist and writer Robert Smithson, incorporated gravel found on the grounds of The Aldrich, and was a significant touchstone for the development of this exhibition series.