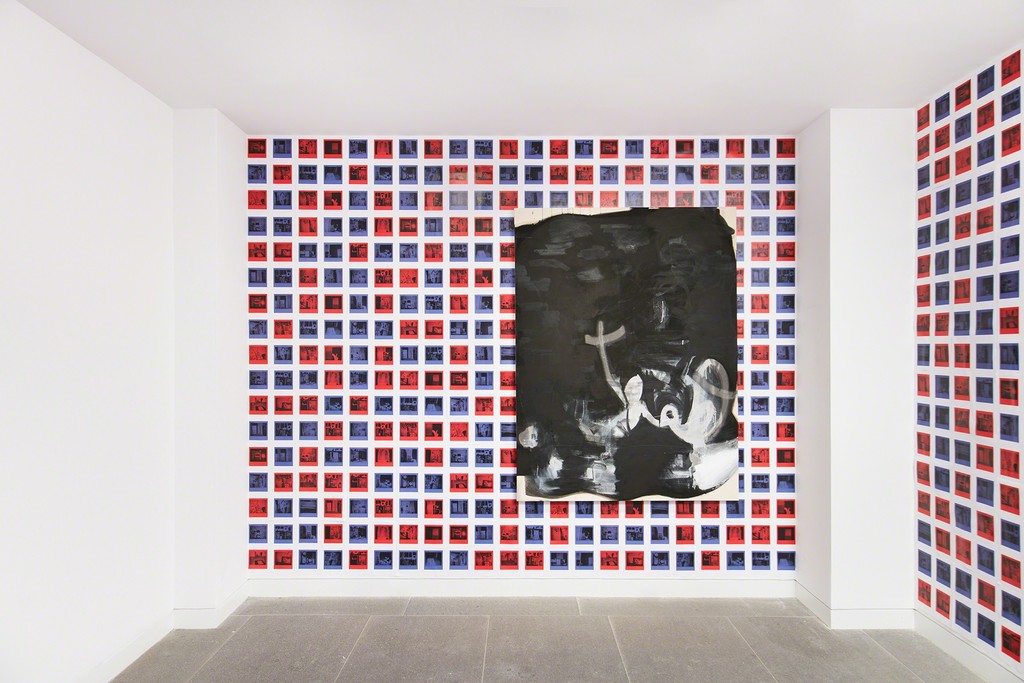 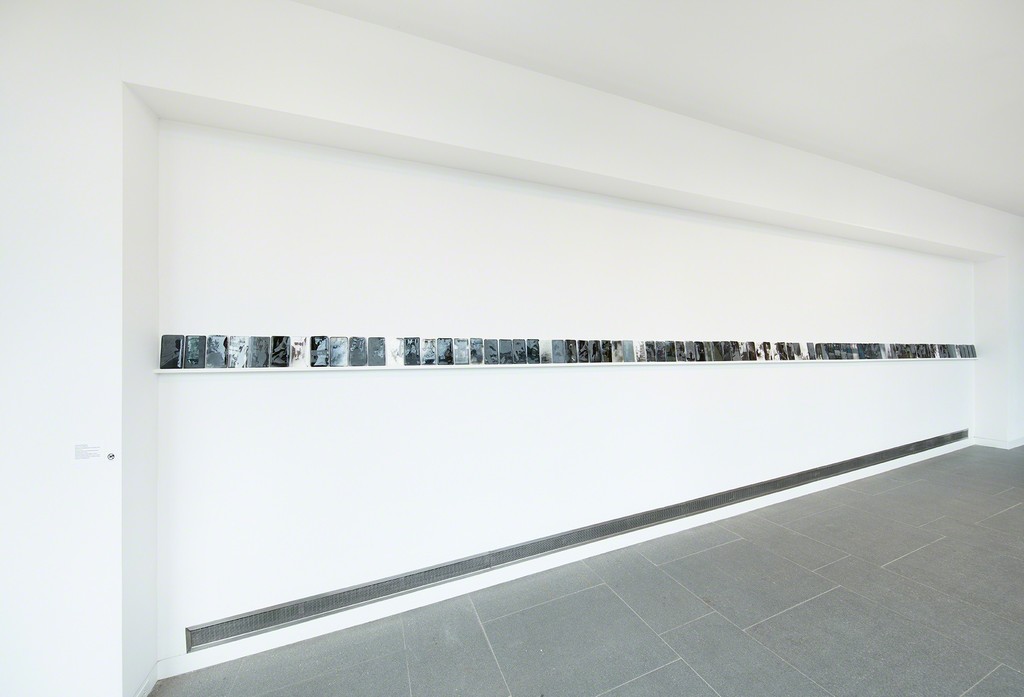 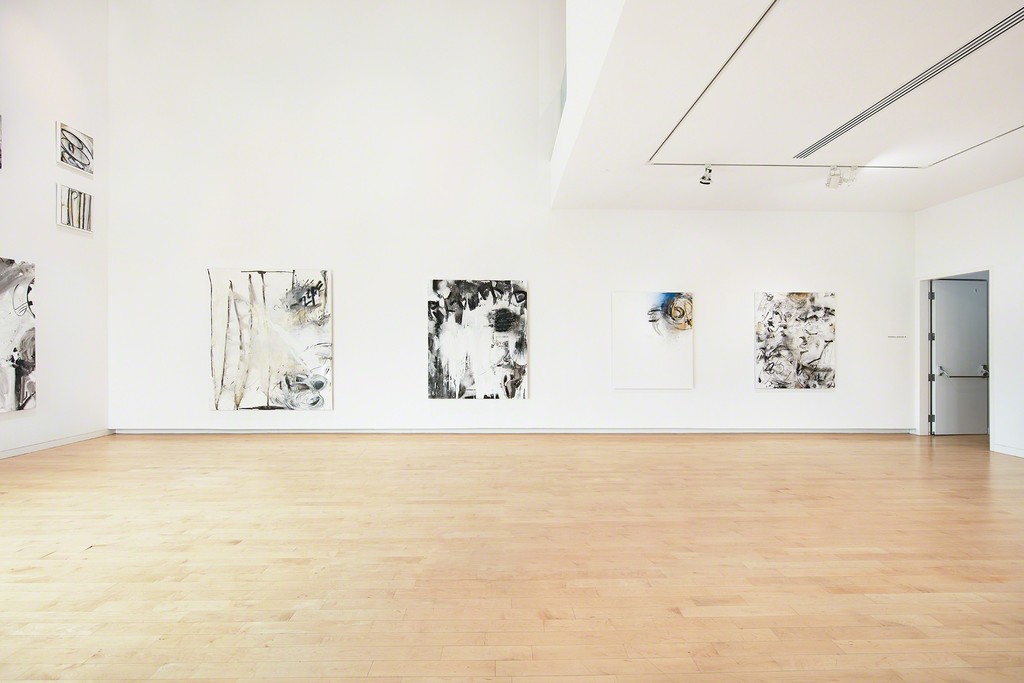 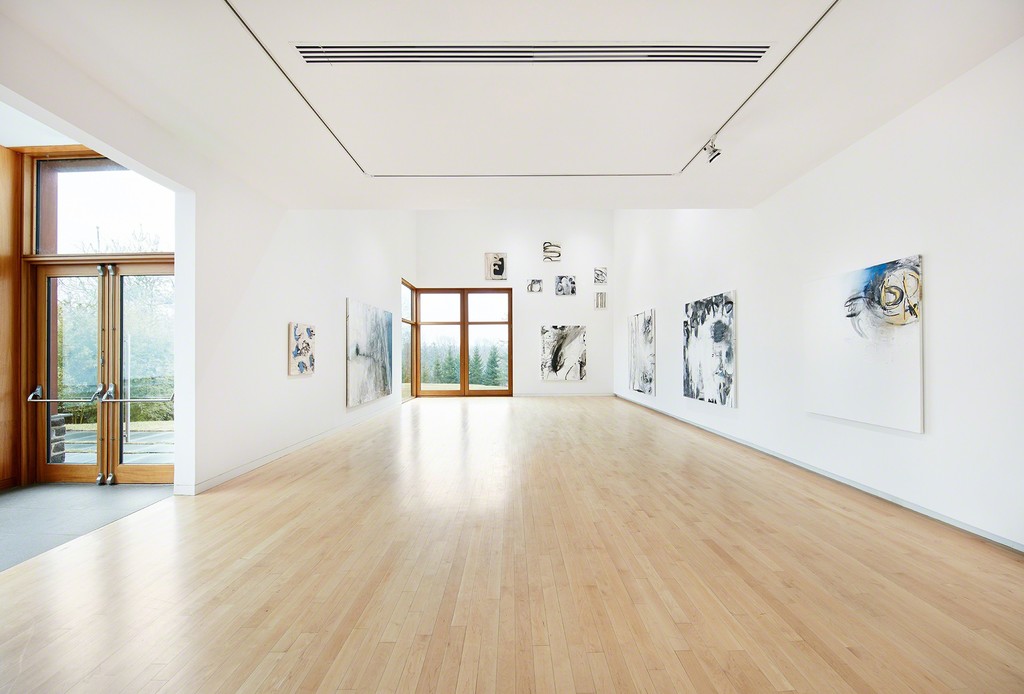 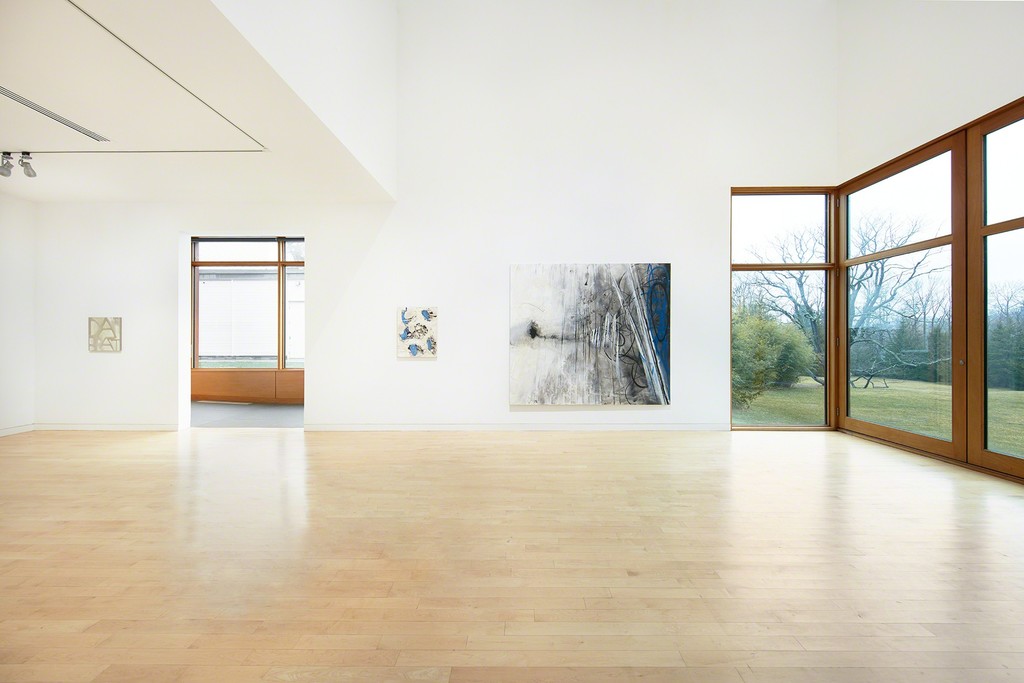 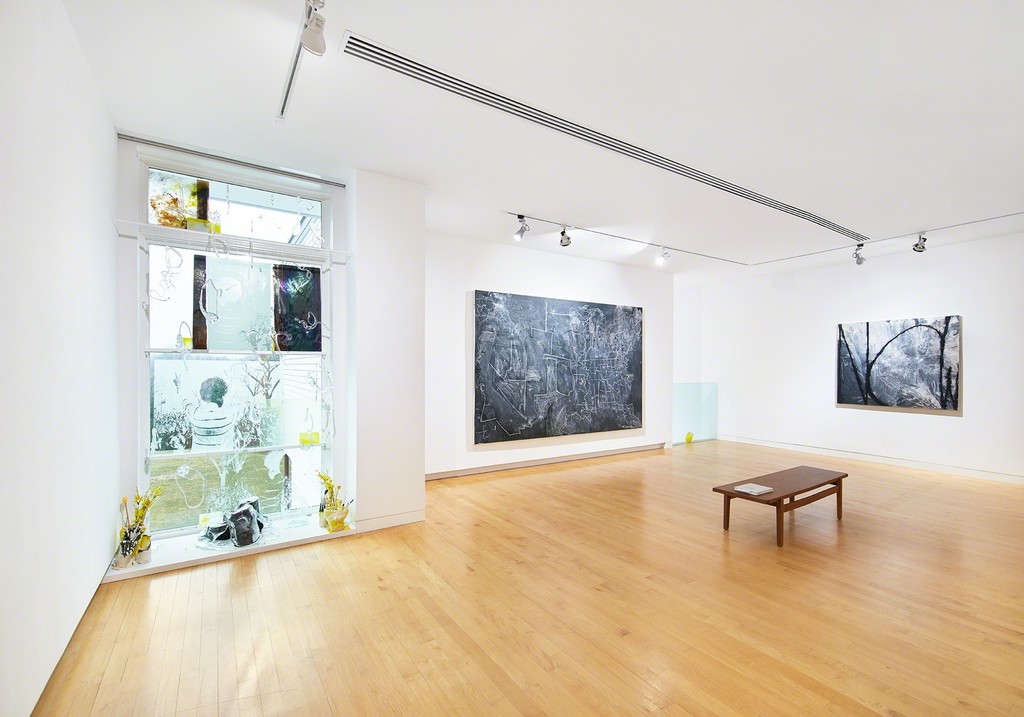 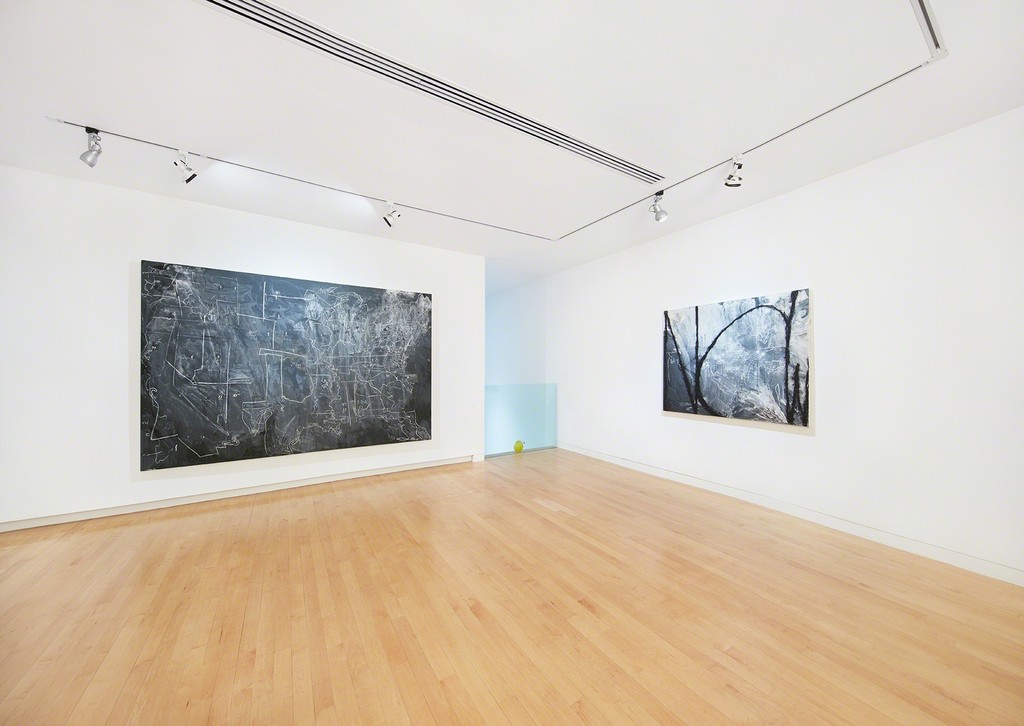 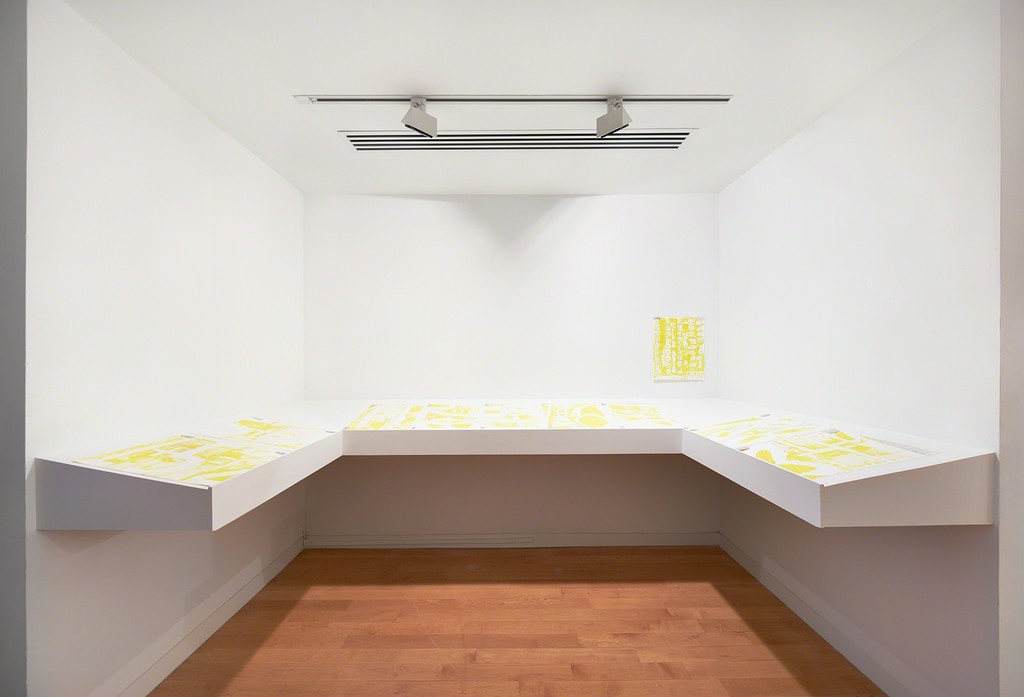 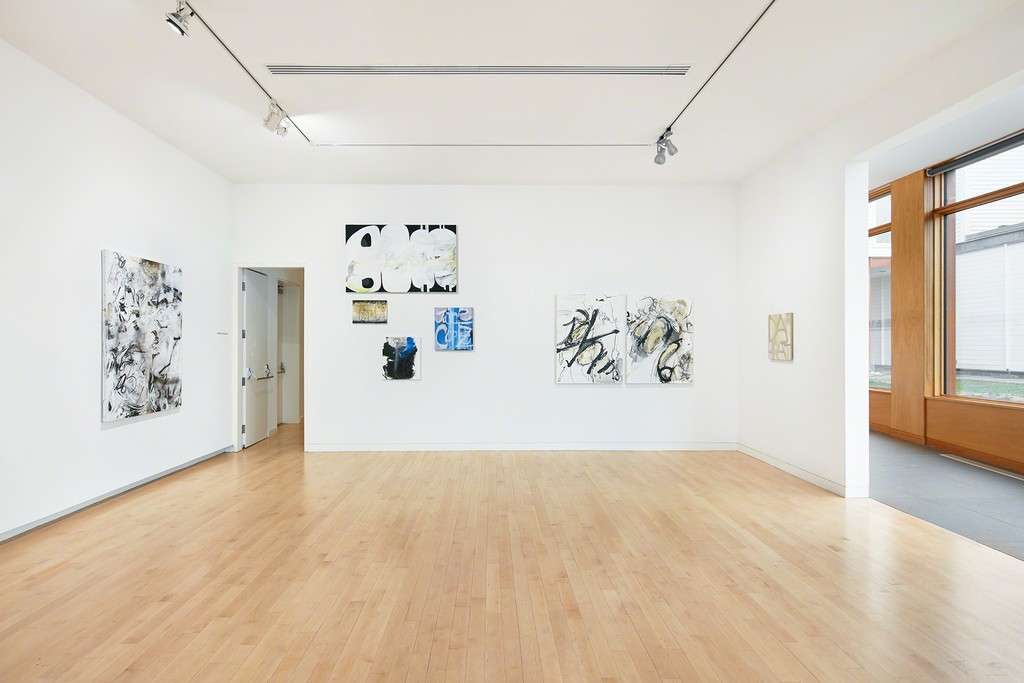 The Aldrich Contemporary Art Museum is pleased to present Suzanne McClelland: Just Left Feel Right, McClelland’s first museum survey. Spanning twenty-five years, Just Left Feel Right focuses on works from specific periods of her career that share a distinctive commonality, capturing the eruptive and disparate voices of a shifting American vernacular and its rippling effect on the way we communicate in our hyperkinetic time.

McClelland is most widely known for her deft use of linguistics and her sensually textured surfaces. She mines the ways in which communities speak, collecting language and choosing words that trend, are debated, heard on street corners, and absorbed from streaming news feeds; words that are rich in meaning, that reach and
multiply, that drop in and out of everyday life. The words she selects hover between materials; letters press up against each other, run off the surface, join together, dissolve, loop, and collide into and onto themselves. Employing a wide range of materials, her compositions have a rhythm and beat as they perform, throb, and swagger, capturing the cadences of our speech, mimicking the physicality of how people express themselves. Pauses, utterances, and hysteria, the inflection of tone and the modulation of our tempo, bodily expressions and gesticulations, all are translated into painterly rhythmic compositions modeled after oratory repartee.
McClelland seizes these audible sensations, stealing words right out of the mouth, but also embodying our micro-expressions. In 2012, she began to incorporate numbers into her work as a reaction to the data onslaught of the Internet age. A mind-numbing rush of streaming lists for everything and anything are published on the Web. McClelland, a collector of messaging, in particular emotive and directional information, began researching the data that represents the individual and vice versa. This endless data stream is how twenty-first century society forecasts outcomes: from steady news spills that flood the imaginations, to engineering distorted images about identity and body type, and (in)forming biased estimates and postures. With the rise of social media as a primary source of content, opinion is now often misread as “news.”

This survey will include McClelland’s formative painting My Pleasure (1990); a seminal painting from the series Right (1993), originally shown as part of a group of paintings in the 1993 Whitney Biennial; the painting series Rap Sheet (2010-13), portraits of early female rap and hip hop artists during the “Roxanne Wars” in the Bronx; the painting series Action Objects (2010); paintings from the series Left (2011); the debut of three new paintings from the Before Tomorrow series (2015-16); and the premiere of a new site-engaged installation, third party (2016-17), which will incorporate materials such as glass, ceramic, and paint. Just Left Feel Right will also include many other never-before-exhibited works from past and current series.

Suzanne McClelland (b. 1959, Jacksonville, FL) received a BFA from the University of Michigan in Ann Arbor 1981. She moved to New York that year and later attended the School of Visual Arts MFA program, graduating in 1989. McClelland’s work can be found in numerous public collections including the Brooklyn Museum, The Metropolitan Museum of Art, The Museum of Modern Art, and the Whitney Museum of American Art. She lives and works in Brooklyn, NY.

The exhibition will be accompanied by a full-color, soft-cover scholarly publication, available during the exhibition, intended to serve as an enduring archival document and limited-edition artwork. It will include images of the works in the exhibition, a checklist, an essay by the curator, and a poster designed by the artist.