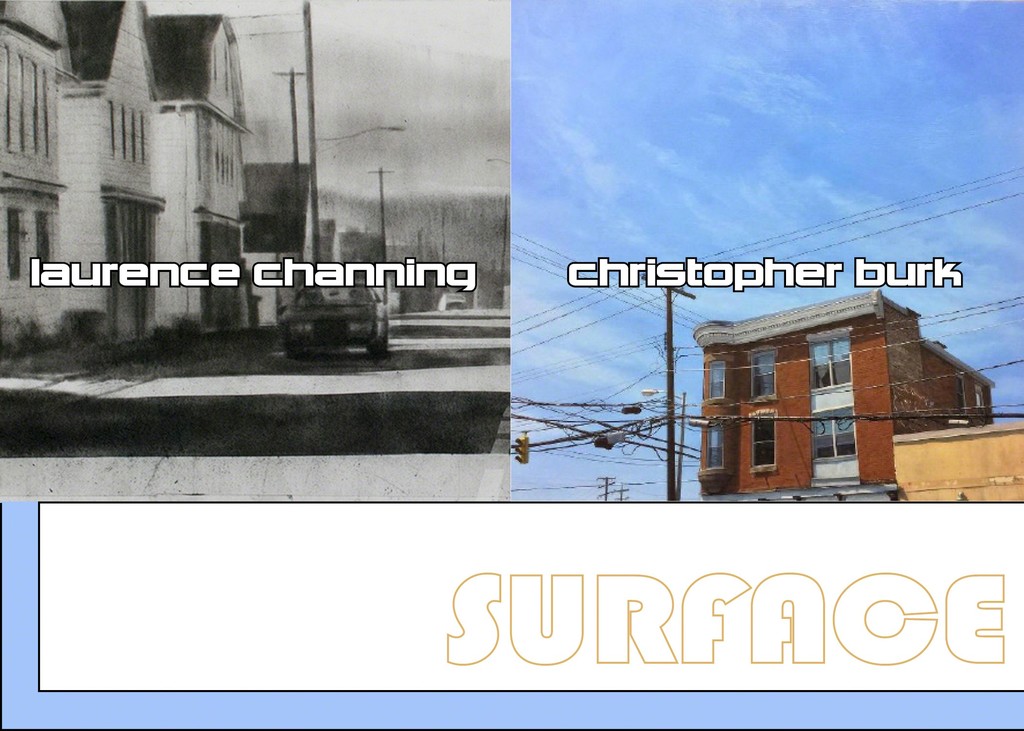 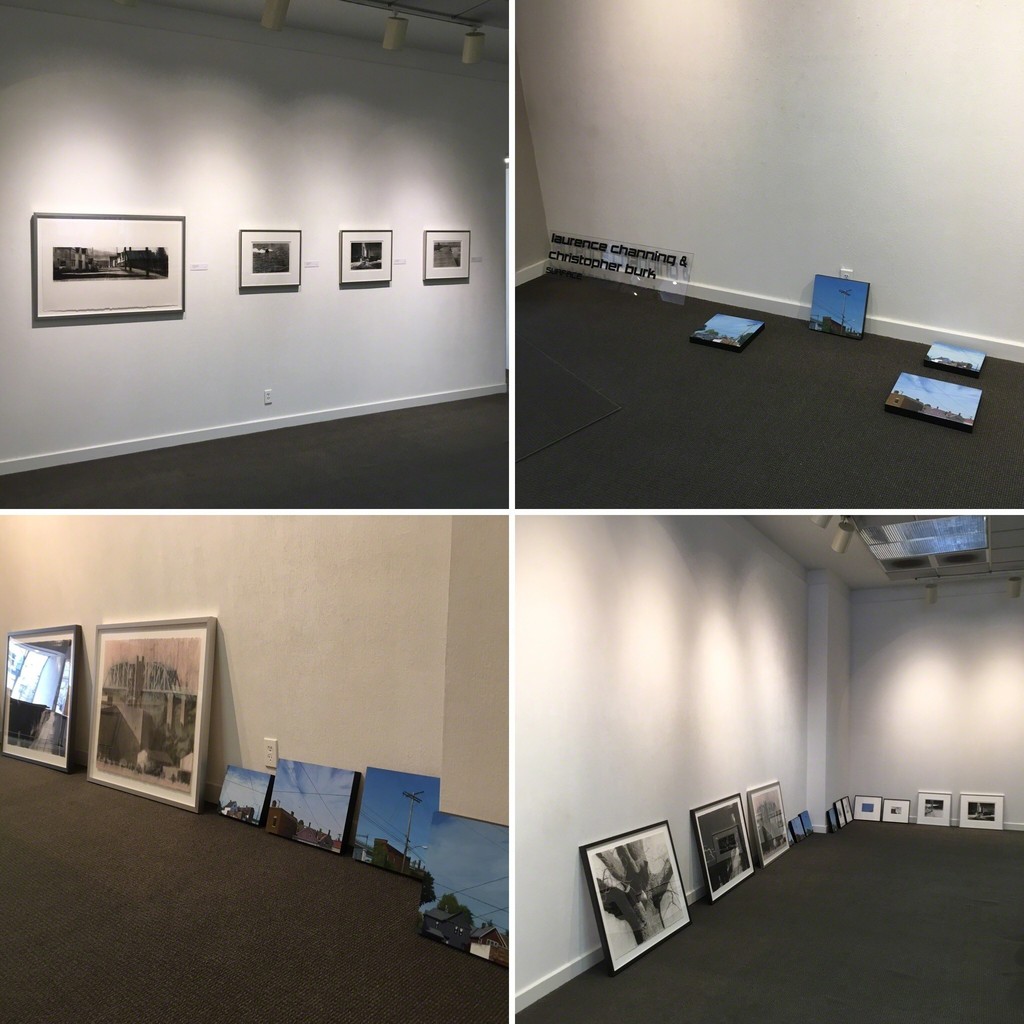 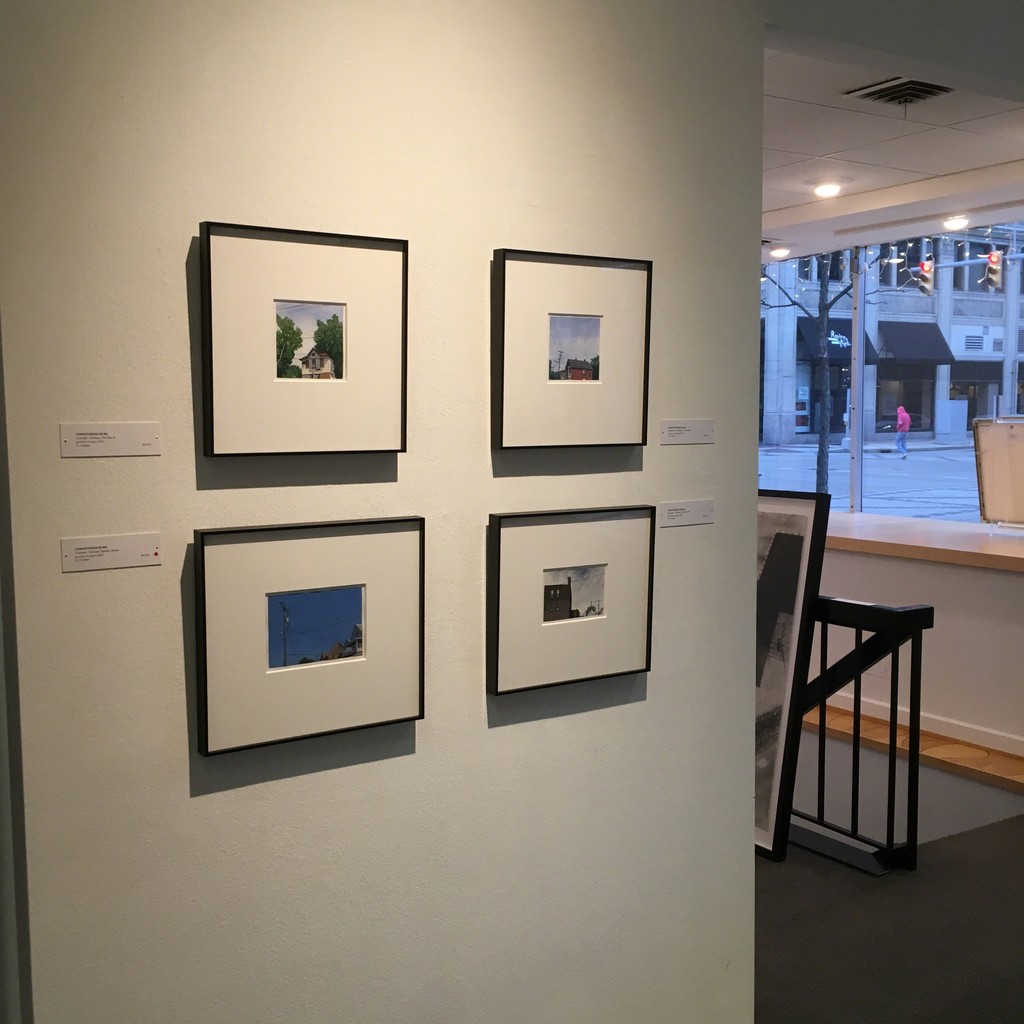 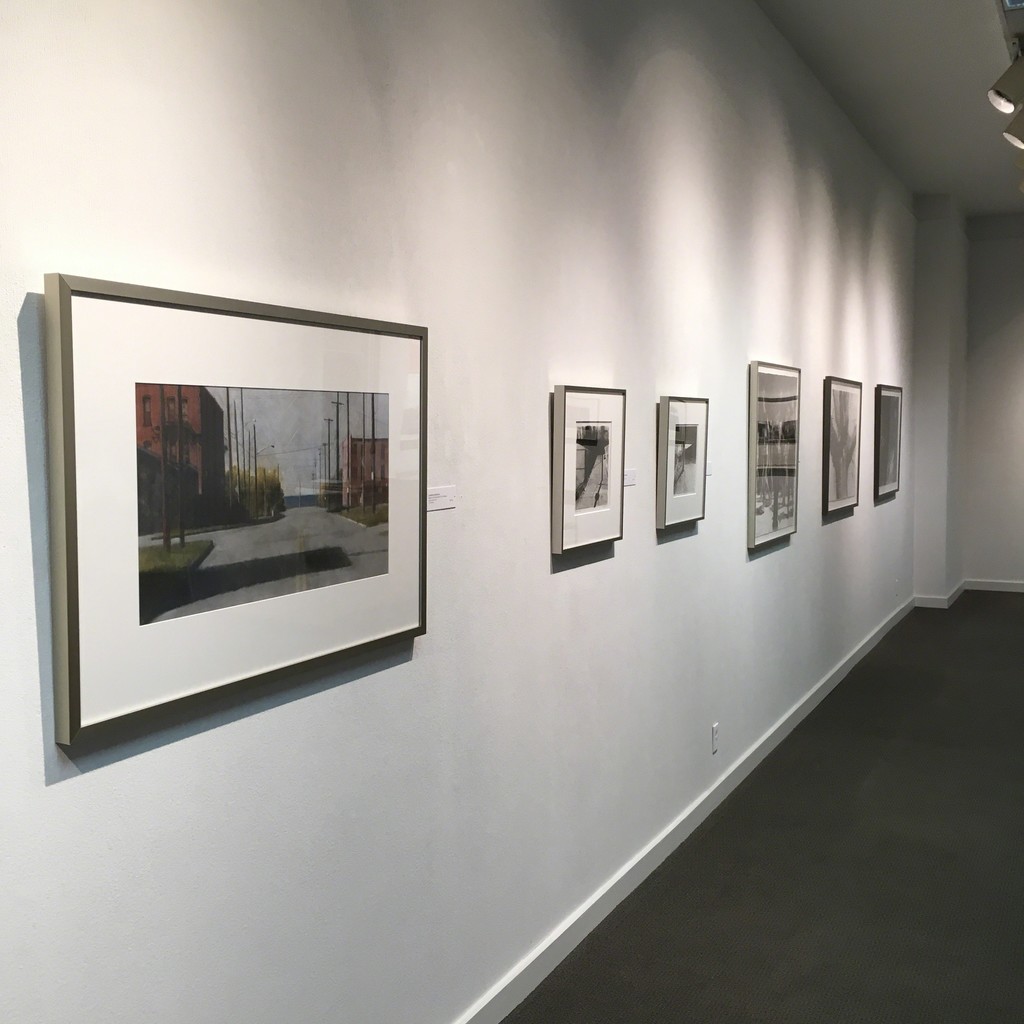 CLEVELAND, Ohio – The Bonfoey Gallery is excited to announce Surface – featuring the works of Laurence Channing and Christopher Burk, two artists who share the same inspiration, their urban neighborhoods. This striking exhibition of new work will be on view in our street and lower level galleries from December 2 through January 7. An opening reception with the artists will be held Friday, December 2 from 5 – 8pm.

This newest group of drawings from Laurence Channing continues his visual journey through Cleveland neighborhoods. These charcoal drawings show the reflective moments in the urban landscape. They cause you to reconsider and look again at an everyday scene that you might have overlooked. Laurence Channing is a graphic artist and designer who served as Head of Publications at the Cleveland Museum of Art from 1985-2009. Solo exhibitions of his artwork were held regularly at the William Busta Gallery in Cleveland from 1990 to 1998, and since 1998 he has been exclusively represented by Bonfoey’s. His work has been exhibited at the Akron Museum of Art, the Addison Gallery of American Art in Andover, Massachusetts, the Cleveland Museum of Art, The Riffe Gallery in Columbus, Ohio, MOCA Cleveland, and Reeves Contemporary in New York City. He received Ohio Arts Council Fellowships in 1990, 1998, and 2003, the Cleveland Arts Prize in 2000, and in 2009 a Creative Workforce Fellowship from Cuyahoga Arts and Culture. He received a BFA and MFA from Yale University.

We are proud to introduce the work of Christopher Burk with his first gallery show in Cleveland. He explores neighborhoods through looking up to the rooftops and skyline to find unique forms and compositions which challenge the viewer to change their perspective of the world around them. A resident of Columbus, Ohio, Christopher studied at the Columbus College of Art and Design and at the Myers School of Art at the University of Akron. He has exhibited extensively, including shows at the Viridian Gallery (NYC), the Ohio Art League, the Columbus College of Art and Design and the Columbus Cultural Arts Center. Recently he was named the Columbus Underground Best Local Artist for 2014. He is a recipient of an Ohio Arts Council Individual Excellence Award for 2015 and has won several awards for his work.

For more information about Laurence Channing and Christopher Burk – Surface, or other upcoming exhibitions, please contact The Bonfoey Gallery at 216.621.0178, or visit our website www.bonfoey.com.