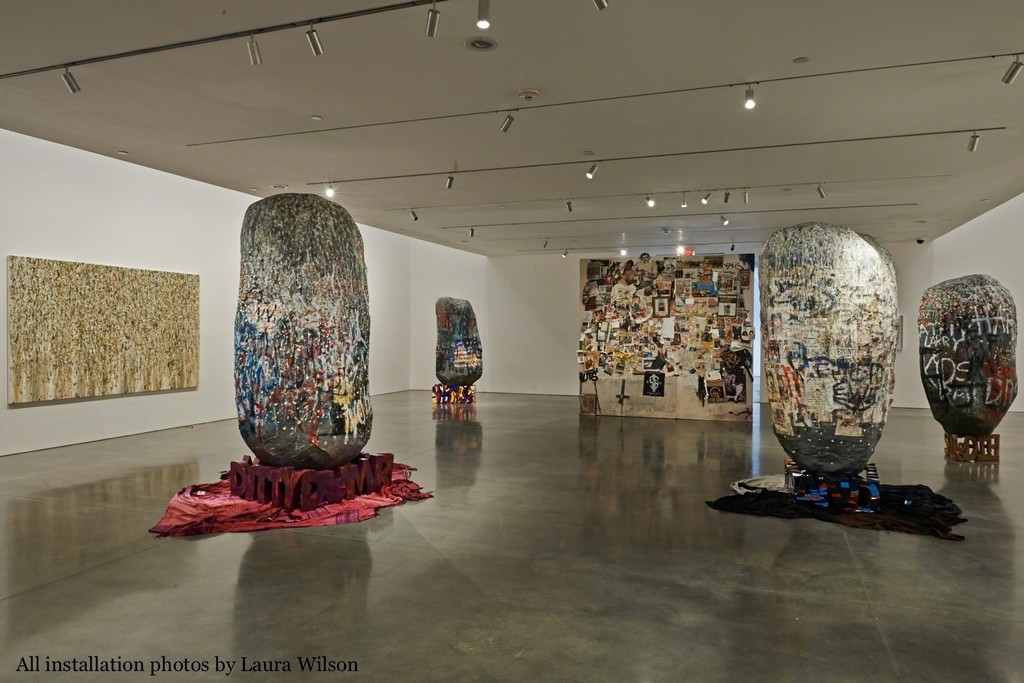 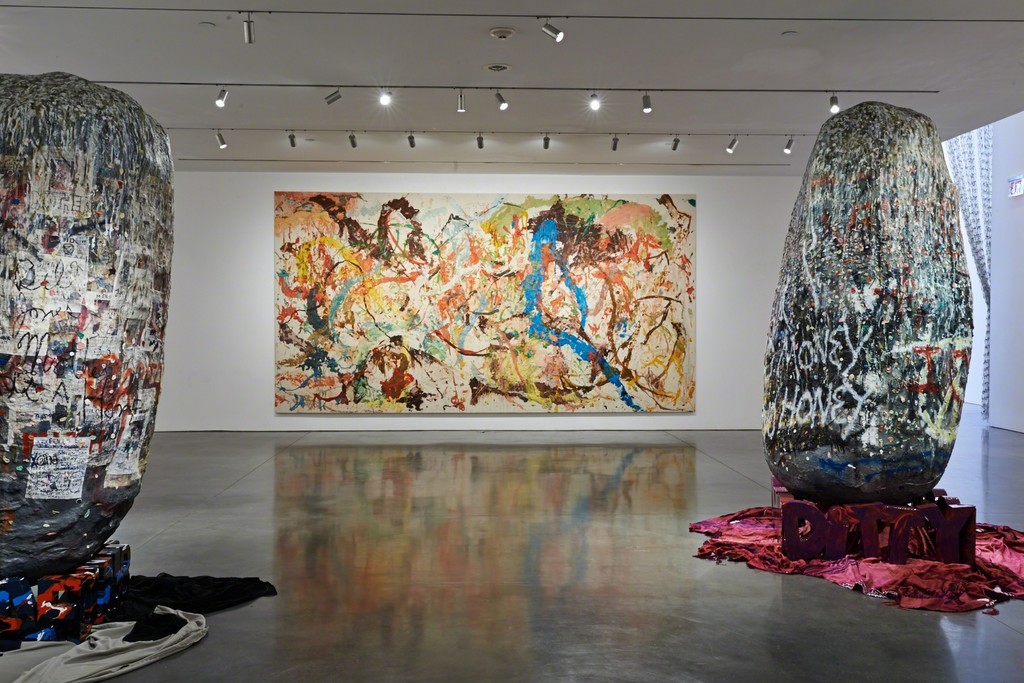 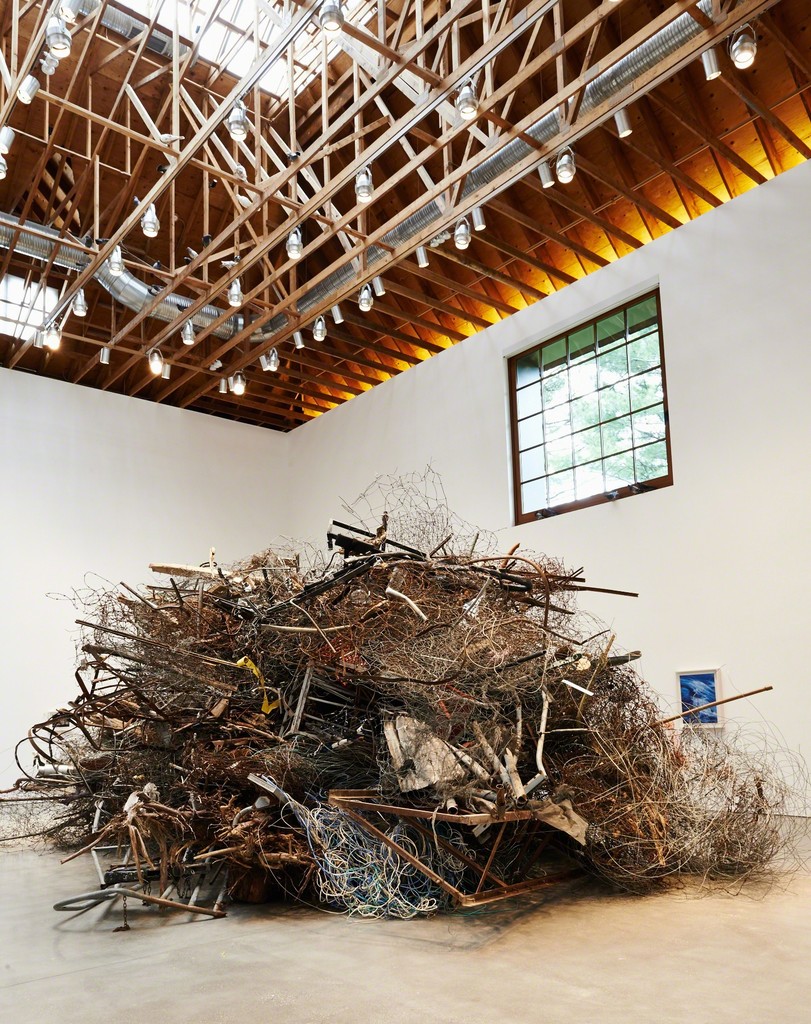 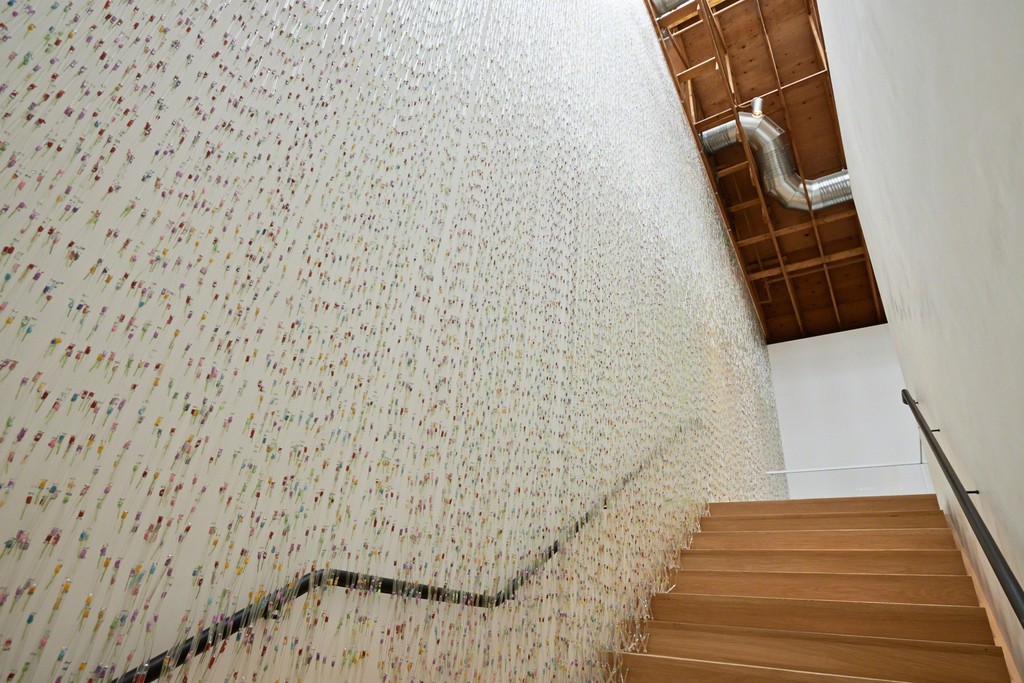 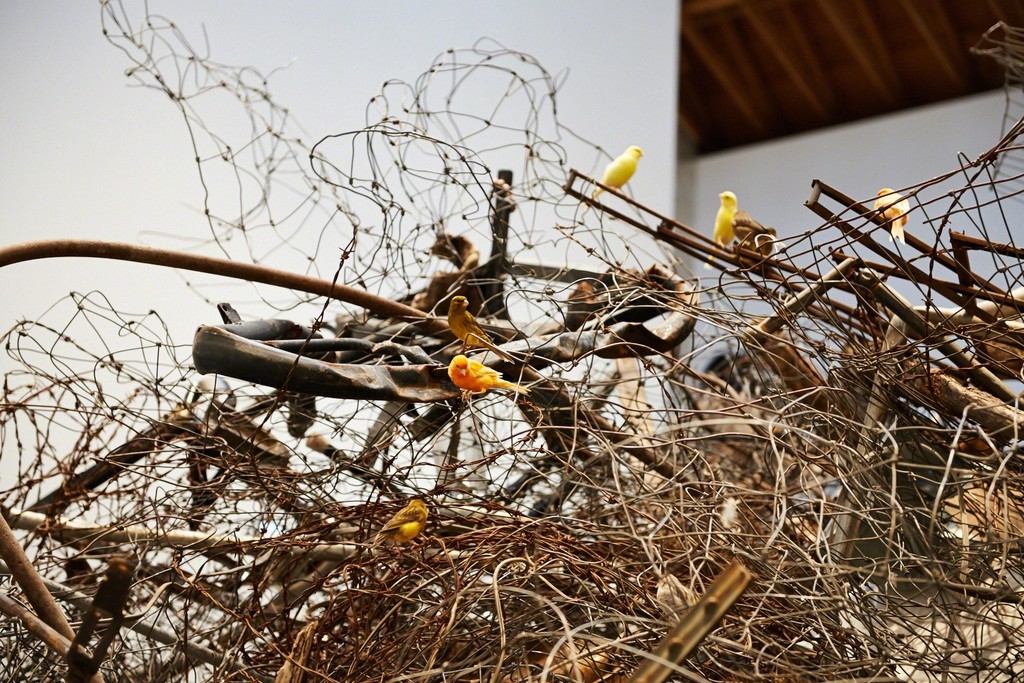 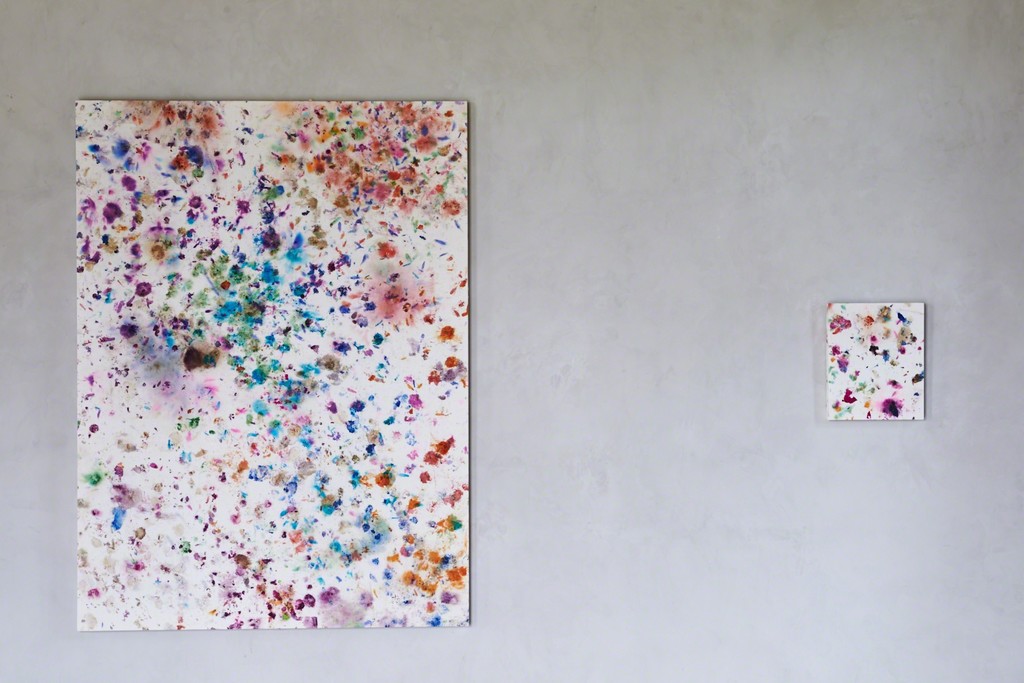 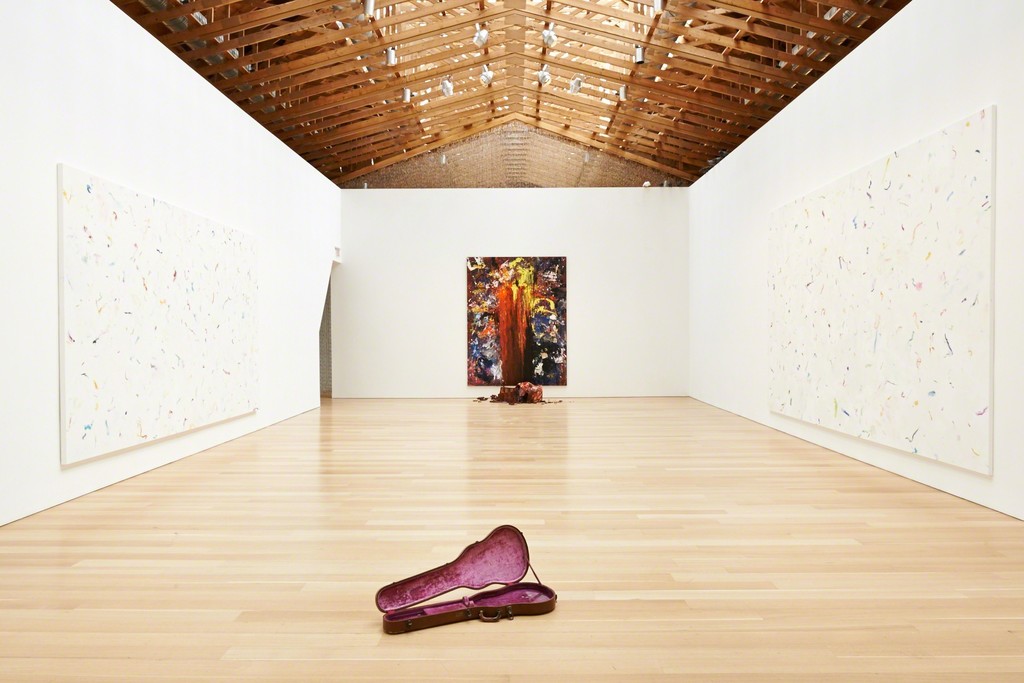 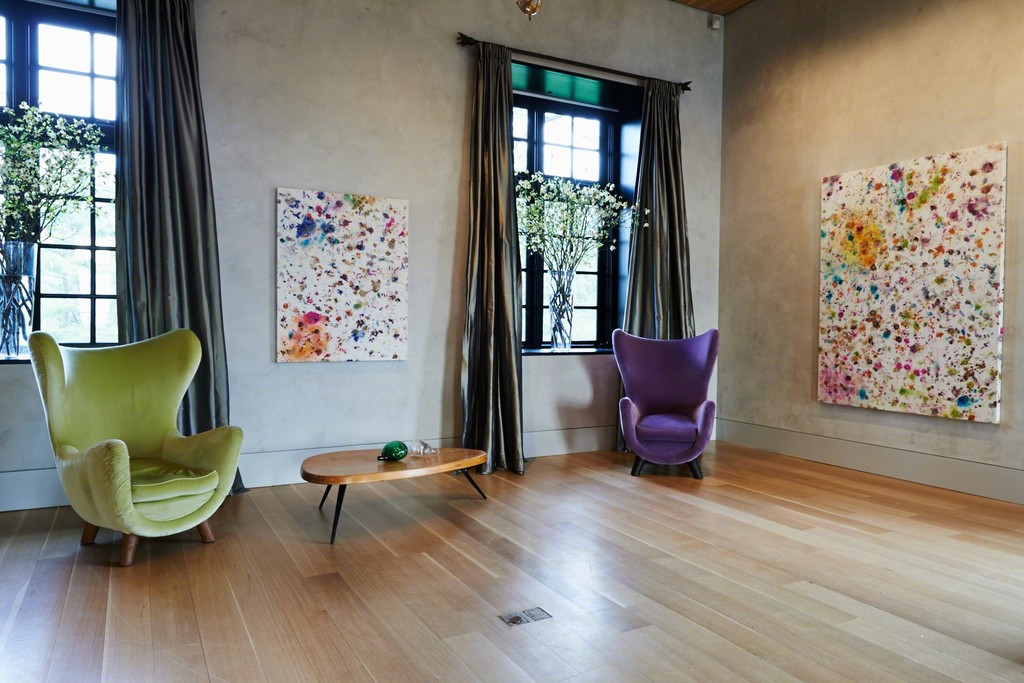 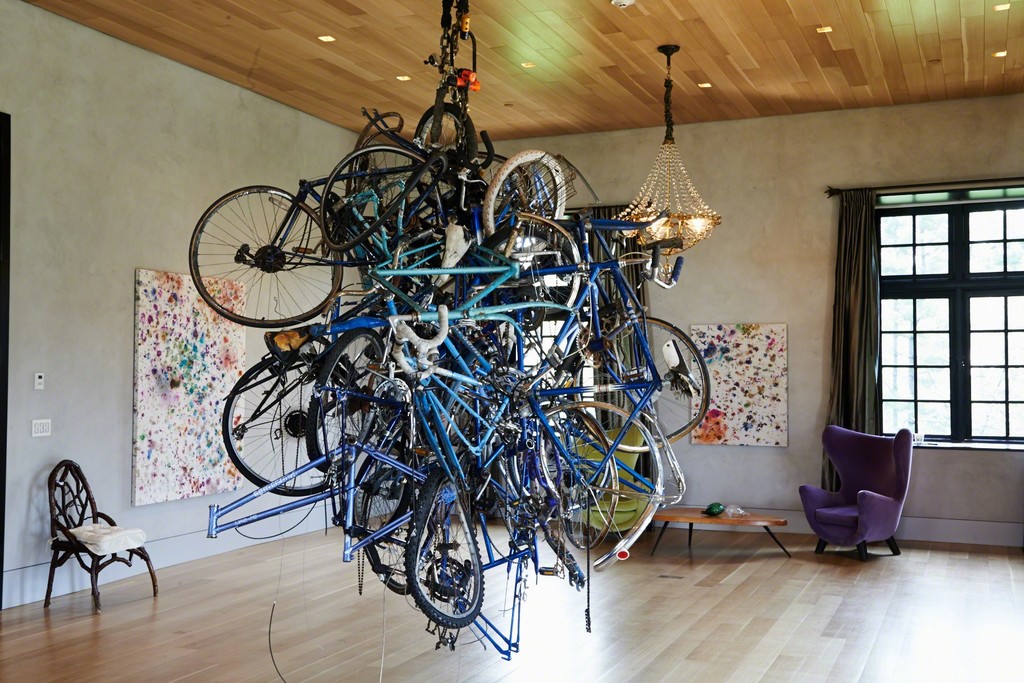 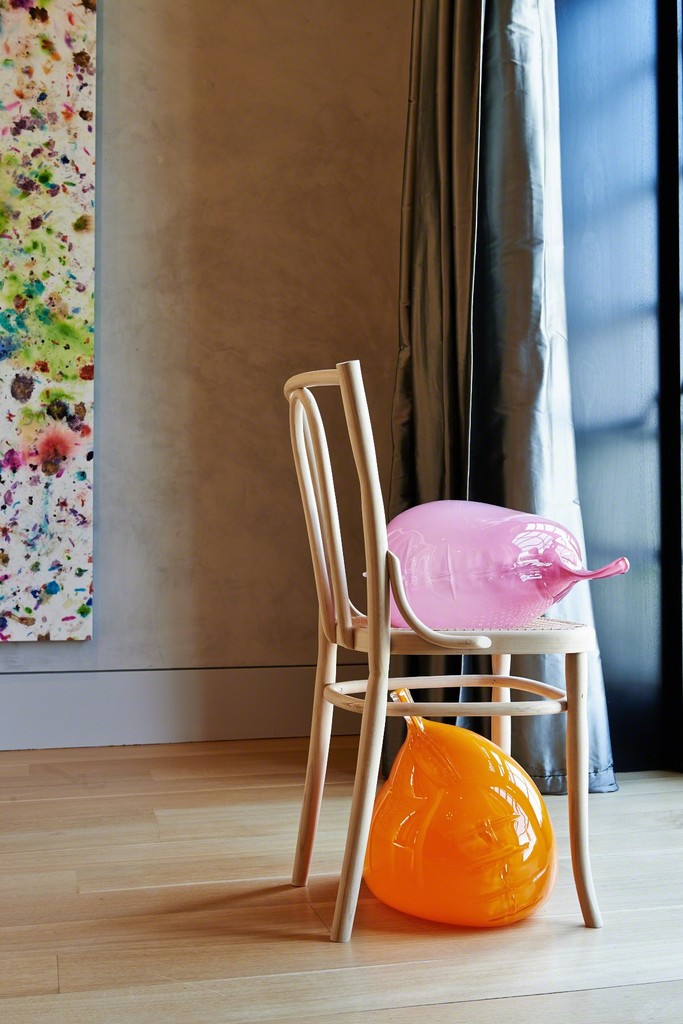 The Brant Foundation Art Study Center is pleased to announce Help!, an exhibition of work by Dan Colen opening Sunday May 11, 2014. Help! traces a decade of Colen’s work, beginning with his first major sculpture, Secrets and Cymbals, Smoke and Scissors (My Friend Dash’s Wall in the Future) (2004) and continuing through new site-specific pieces conceived specifically for the Foundation. The exhibition continues the Foundation’s commitment to presenting major solo exhibitions for artists who have made singular contributions to the development of contemporary art. Peter Brant has been a major supporter of Colen throughout his career, and the artist is well represented in the Foundation’s collection.

One new piece, At Least They Died Together (after Dash) (2013-14), is an outdoor sculpture that will turn the pristine polo field that the Brant Foundation sits on into an installation site for two salvaged 14-foot New York City box trucks. The trucks will be planted nose-down with their cabs submerged in the ground like root systems stabilizing the two cuboids left visible. The roll gates, positioned at the tops of the trucks, will be left open to the sky, allowing rainwater, dirt and wildlife to accumulate and camp within.

The title At Least They Died Together refers to a collage given to Colen by his friend and peer, Dash Snow, who died in 2009. Snow’s impact on both Colen and their shared New York landscape can be felt throughout the Brant Foundation exhibition. On view for the first time in seven years, Secrets and Cymbals, Smoke and Scissors (My Friend Dash’s Wall in the Future) is a to-scale, three dimensional trompe l’oeil painted rendering of a heavily collaged wall from Snow’s East Village apartment. Colen and Snow were well known for their “hamster nests”—nightlong hotel room actions involving reams of shredded telephone book paper, alcohol, narcotics, down feather filling, and other found materials. The private hamster nests eventually culminated in the artists’ iconic 2007 “NEST” collaborative exhibition at Deitch Projects and will be represented in Help! with Snow’s video The End is Near (2005).

There is a direct connection between these literal depictions of Colen and Snow’s time together and much of the work Colen has produced in the years following Snow’s death, such as his confetti painting series. Like the shredded paper and feathers kicked up during the nest experiences, the image of confetti suspended in the air evokes celebration. And yet, rendered in oil paint, the confetti becomes abstracted, in some cases losing any sense of its original form and raising questions about whether it is possible to preserve elation or whether efforts to do so depict, in the end, something closer to loss.

This dichotomy between control and surrender is central to Colen’s practice. A shift occurs as his work progresses past early trompe l’oeil pieces and begins (with the gum painting series) to employ “real,” everyday material in addition to traditional art material. Colen breaks apart the canonical painter’s approach to mimesis and instead presents his finished works in terms of their accreted component marks – marks made using oil paint, graphite, chewing gum, artificially dyed flowers, dimes, trash and live birds. Colen tracks the overall perceptual experience of a work by these elemental events, be they carefully manufactured by the artist or simply allowed to unfold according to the character of a given material. “I’m trying to make artworks that are specifically about the fragility of a moment,” says Colen about his practice as a whole, “works that try to pin down the energy from that moment and ask questions about what happens to that energy over time and what it reflects back on the viewer.”