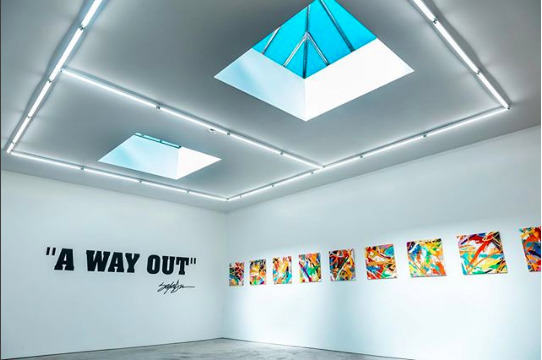 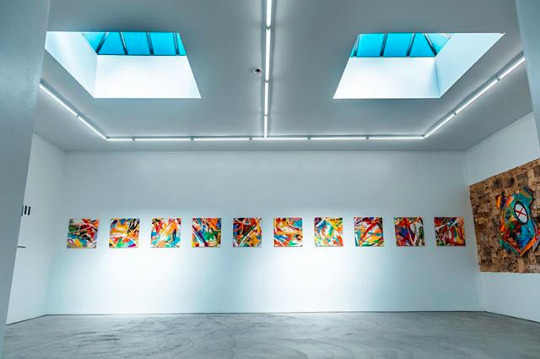 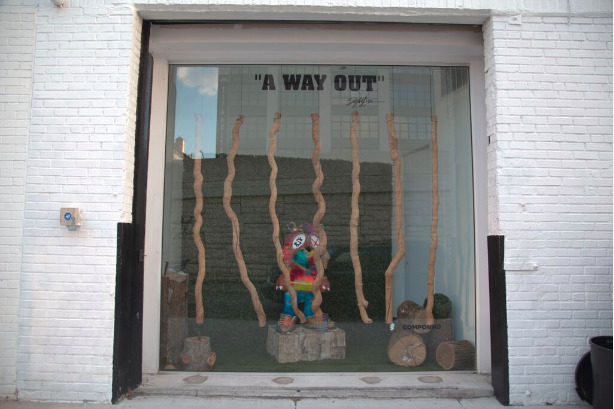 New York, New York 2018—Two Philadelphia creatives come together for the Compound’s next show, King Saladeen’s “A Way Out!” On Wednesday October 24, from 7pm to 10pm, King Saladeen will display his collection which includes new as well as never before seen works. Not only is it #BearSeason, but October is also Breast Cancer Awareness Month. Through paint and mixed media, Saladeen is excited to present works that will be available for sale, with proceeds donated to Philadelphia’s Abramson Cancer Center and their ‘Philly Fights Cancer’ initiative.

Known for his vibrant colors, and signature bear character, King Saladeen is always searching for further inspiration and like-minded individuals to continue his craft. Therefore, it was only a matter of time before he and Set Free connected to put the plan together. After hearing about and following the Compound on social media, Saladeen was interested in checking out the creative agency and the brains behind it. A chance introduction to Set Free through rapper Westside Gunn at Miami’s Scope Art Show in 2017 led to an organic connection and partnership, which quickly solidified Saladeen and Set Free; both creatives being from Philly was the cherry on top.

“We’re both from and grew up in Philly; we’re familiar with the same people in Philly...this was a no brainer for me! I was totally inspired by the creative space...Philly doesn’t usually get together, often times it’s a contest or competition, so it was great to meet and work [with Set Free]...I was actually there when he got the keys for his gallery!” -King Saladeen

Saladeen’s motivation for wholefully pursuing art was his best friend John JP Thompson, who saw his artistic talent at an early age and supported Saladeen by buying his first art supplies. After losing his grandmother and JP to brain cancer a few years apart, King Saladeen, who has always been involved in charity and giving back, focused much of his work and charity on Cancer and Cancer Awareness. Driven by his late friend, “JP The Money Bear” was born in testament.

After a successful opening night for ‘I Got A Gallery.’ ‘I Got A Show.’ showing the works of famed photographer Jonathan Mannion, Set Free and the Compound gallery are excited to partner up with King Saladeen, celebrating Philadelphia and multiple avenues of art while bringing awareness to Cancer through the arts. The evening will bring together influencers across industries, and items including King Saladeen’s work and merchandise will be available for sale.