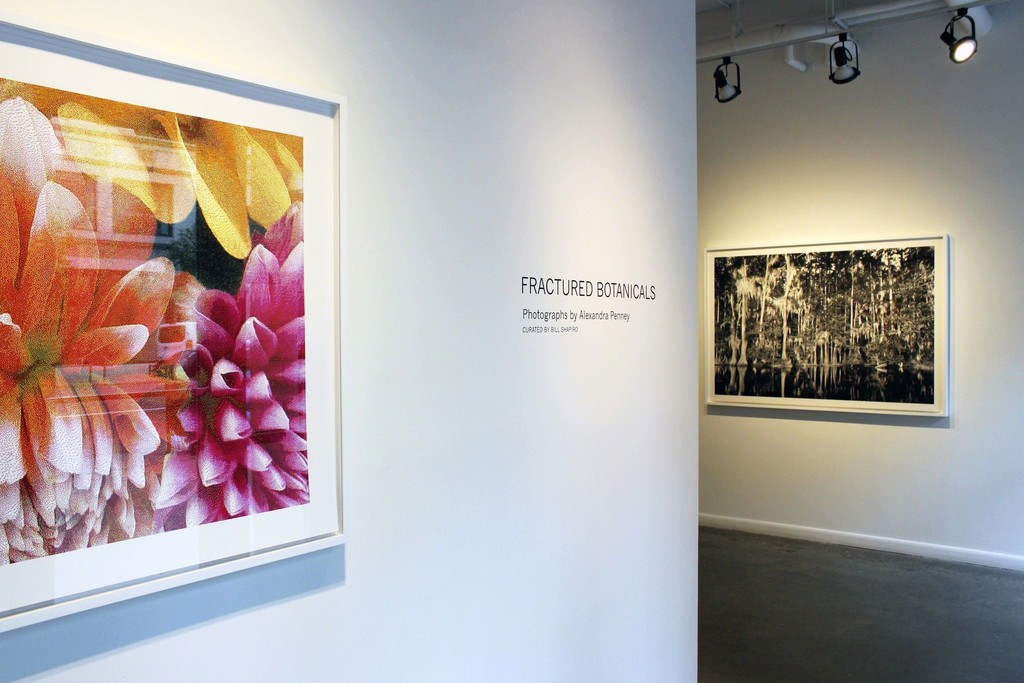 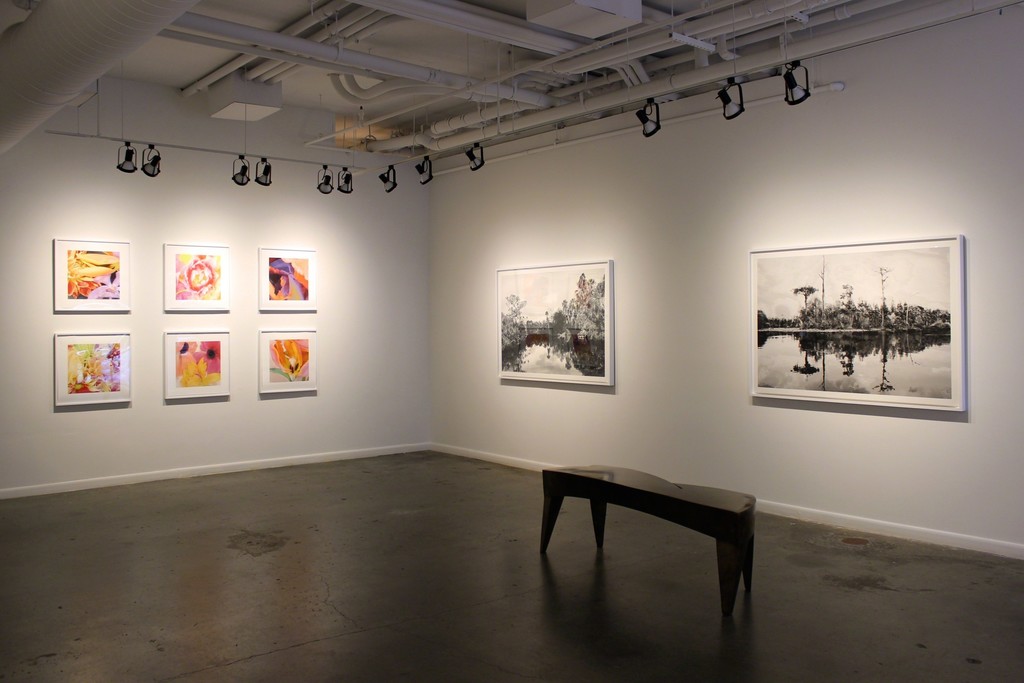 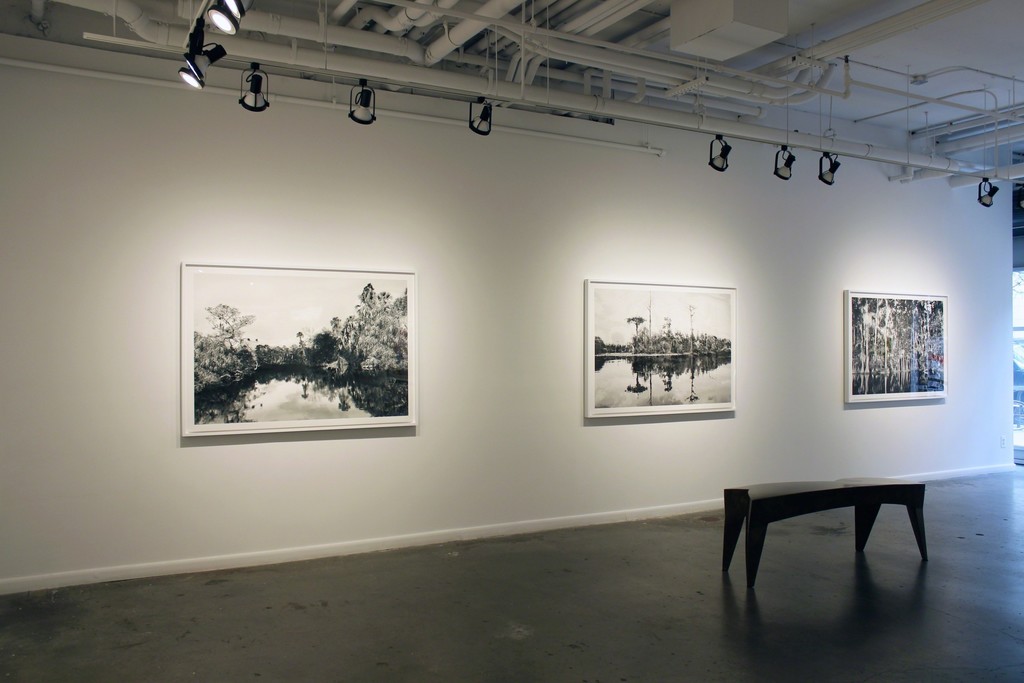 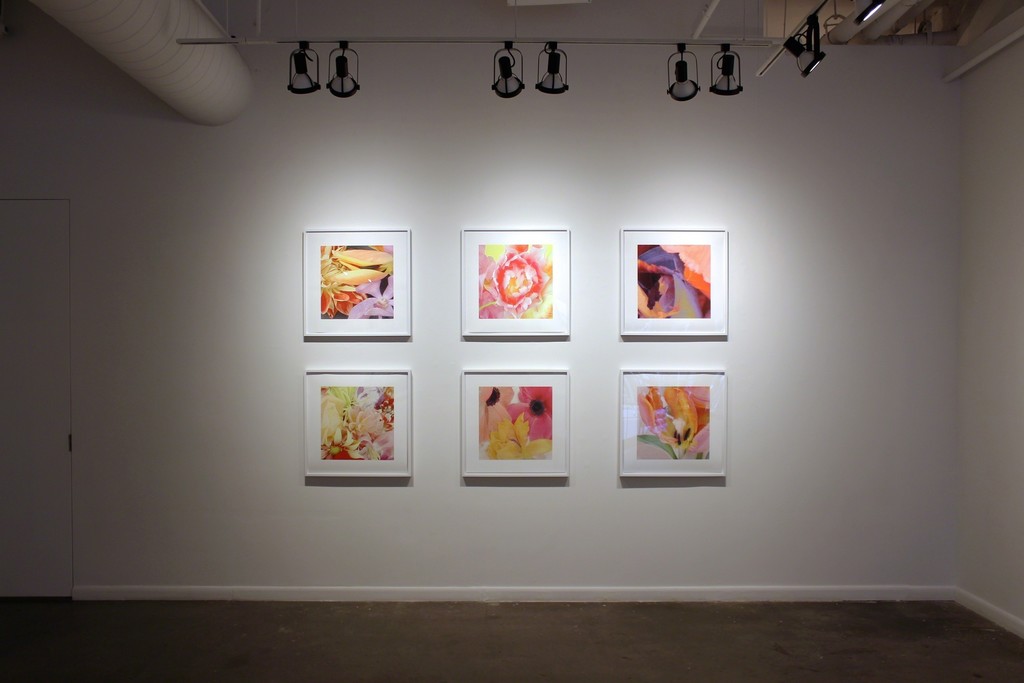 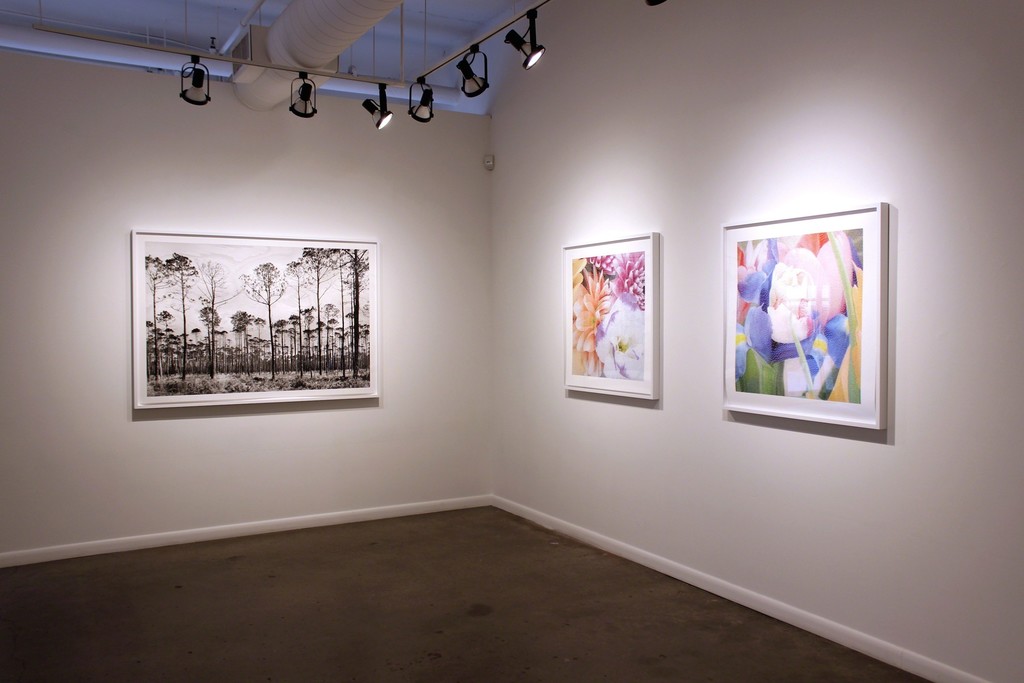 The exhibition explores the photographer’s fascination with the ephemeral. Featuring a seemingly unlikely pairing of explosively bright flowers and haunting black and white swamps, Penney reminds us that nothing lasts forever – from fresh blooms to disappearing swamplands – and life is constantly evolving.

Penney offers a new take on the time-honored subjects of botanicals and landscapes by breaking down the images to achieve a distinctly contemporary digital impressionism. From afar, viewers see flowers and swamps, but upon closer examination, the images are “fractured” into dots, lines, and oddly divergent patterns.

“I wanted to bring something new to these genres. That’s the major challenge for me: to discover an aspect that hasn’t been seen before,” says Penney. “These pictures disrupt our ideas of what a photograph of a tulip or a swamp should look like.”

Her exploration into this process began in 2001 with an early generation digital camera that took pictures at half a mega-pixel (compared with the 16 mega-pixels found in today’s smartphones). She loved the look they produced and began digitally manipulating the pictures with the goal of visually melding the seemingly opposing forces of nature and technology.

Most of the flowers seen in this exhibition are from the 27th Street flower market in New York, where Penney can frequently be seen in the early mornings scouting for the perfect blooms. The swamps were photographed on a series of road trips in the South, which included explorations of Georgia, Florida, Louisiana, and South Carolina.

Alexandra Penney lives in New York City, where she can be found in her studio nearly seven days a week. She is also a best-selling author and journalist who served as editor-in-chief of SELF Magazine. At SELF, Penney created the Pink Ribbon for breast cancer awareness. She received her Masters in studio art and art criticism from Hunter College. Her work has appeared in numerous solo and group shows in New York City, Berlin, Boston, Palm Beach, and East Hampton.

Curator Bill Shapiro served as the Editor-in-Chief of LIFE, the celebrated photo magazine and, later, as the founding editor of the award-winning website LIFE.com. Last fall, he co-authored the children’s book Gus & Me with Keith Richards, the legendary Rolling Stones guitarist. He is currently the Director of Editorial & New Business Enterprises at Fast Company. This is the second photography exhibition he has curated for The Curator Gallery.

The Curator Gallery is a fine art gallery in Chelsea that collaborates with notable guest curators for each exhibition. Founded and underwritten by Ann S. Moore, the retired Chairman and CEO of Time Inc., the gallery’s mission is to bring exposure to hardworking artists, as well as to educate and expand the pool of engaged, serious collectors.