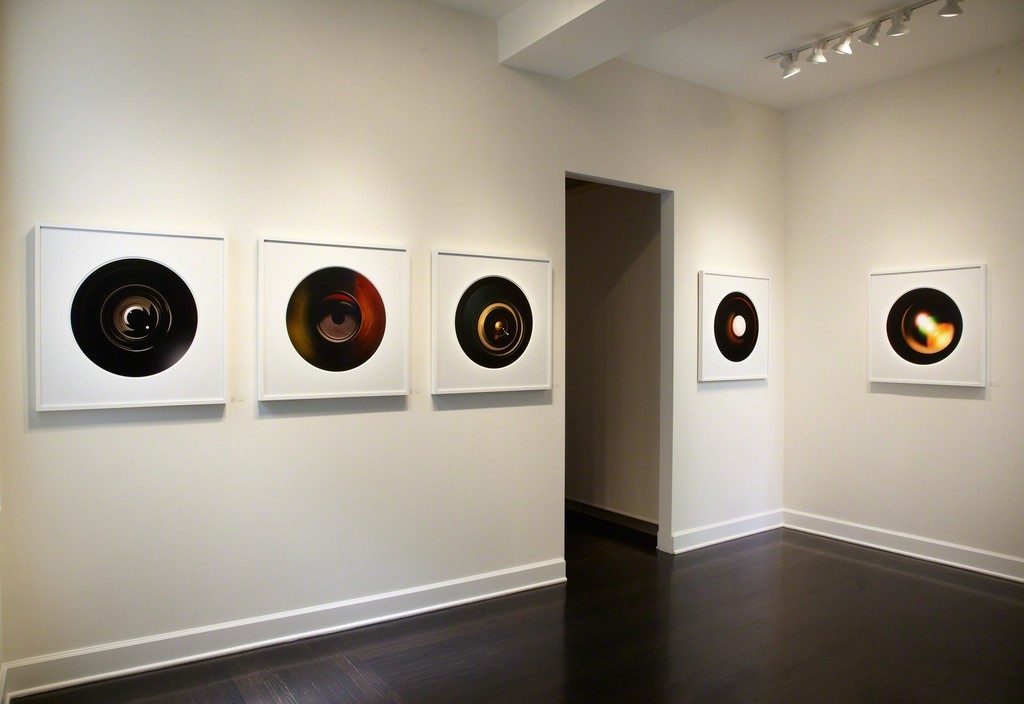 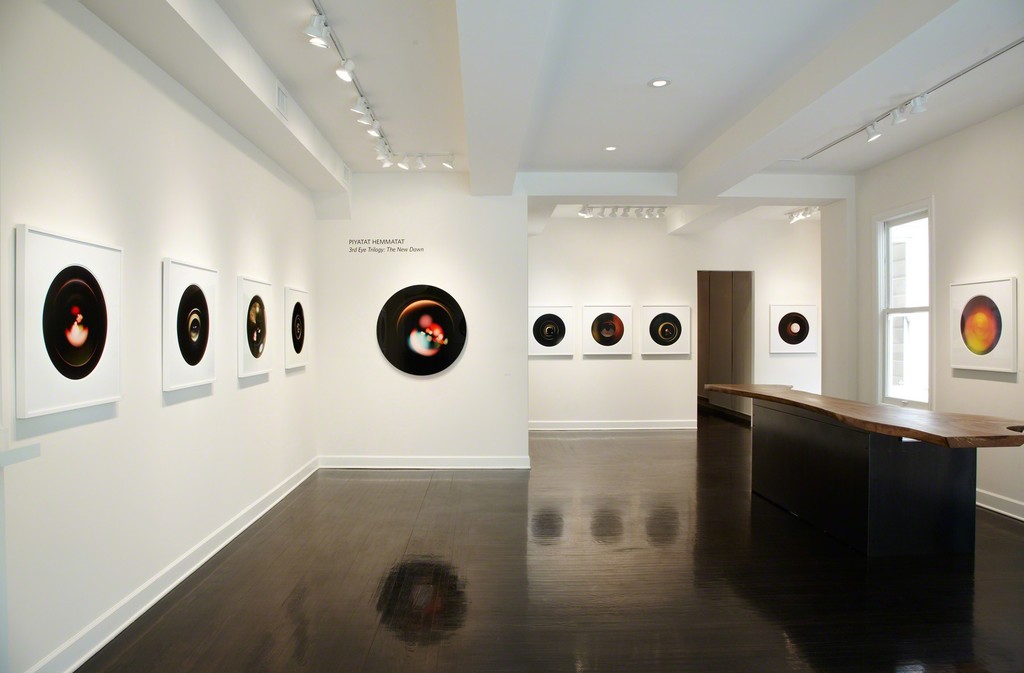 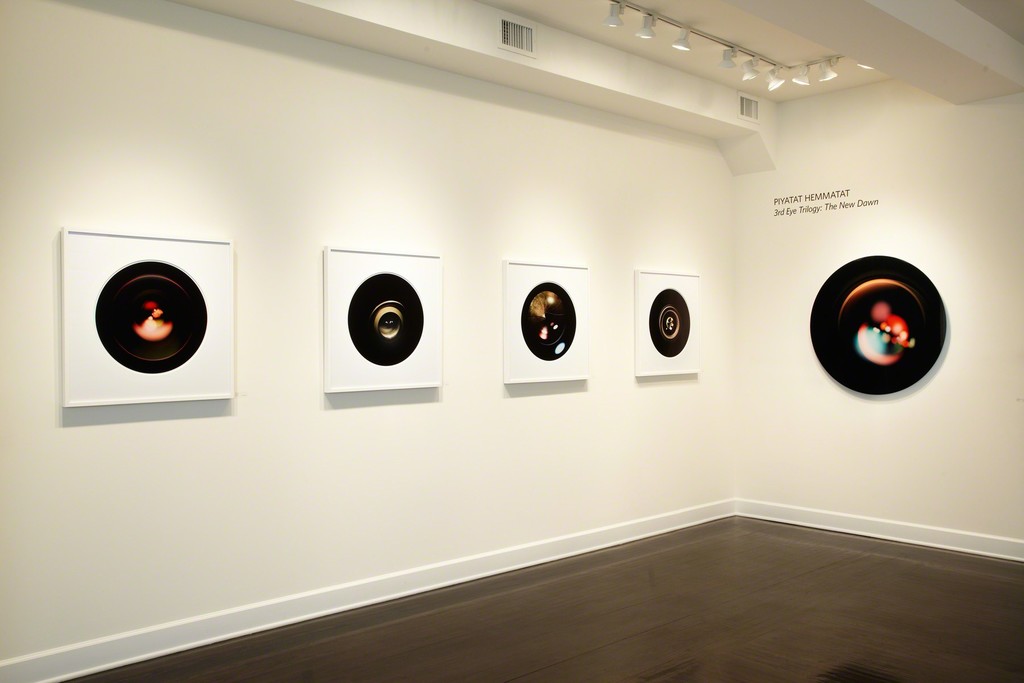 The Dryansky Gallery is thrilled to present 3rd Eye Trilogy: The New Dawn, a collection of photographs by Bangkok­-based, British­-educated artist Piyatat Hemmatat. 3rd Eye Trilogy: The New Dawn is the first of a three­-part series of photographs inspired by the mystery and beauty dwelling within the lens—the “third eye” that Hemmatat uses to create his photographic universe. Of the twenty-four macro photographs in this collection, fourteen will be on exhibit at The Dryansky Gallery from June 11 through July 23, 2015. This exhibition will mark his first solo show in the US. An opening reception will be held on Thursday, June 11 from 6–8pm, with the artist in attendance.

The lens, as an extension of the photographer’s eye, has long been imbued with mysticism—capturing the paranormal, stealing the soul, or simply freezing a moment into an object. As a photographer, Piyatat Hemmatat likens the lens to his “third eye”, an esoteric concept conveying the ability of perception beyond the physical world. 3rd Eye Trilogy: The New Dawn explores the photographic lens as the third eye by making what has long been the tool for capturing subject matter, the subject matter itself.

Shot on large format 4 x 5 film, the resulting prints in 3rd Eye Trilogy: The New Dawn are all circular in shape. Each piece is designed to be viewed from any orientation. The prints’ circular format maintains the subject’s physical integrity but also seems to imply the roundness of the human eye and the geometry of planets and worlds. Hemmatat remarks:

The series’ title and circular format came instinctively—it made perfect sense—the lens is literally my third eye and the circular format intuitively represents this organic way of perceiving things.

Held against light, the photographic lens reveals structures and shapes that are organic and celestial. Capturing imagery in the lens that we often associate with “life’s great mysteries”, Hemmatat spurs the collective imagination—from the micro to the macro—with dark embryonic scenes that echo the beginnings of life, to spaceage tableaux of the infinite cosmos. By picturing the lens as a conduit with supernatural capacity, Hemmatat links the practice of photography with philosophical endeavor, religion, and higher consciousness.

Hemmatat’s impetus for producing this trilogy is a continuation in his artistic pursuit to link the contemporary with the ancient and the mystic. Beginning with his seriesVerve,which explored principles of Buddhism, the 3rd Eye Trilogy,uses the deity Shiva’s third eye to extend Hemmatat’s inquiry to Hinduism, creating a physical and visual place where ancient mythology and modern technology intersect.

In addition to the opening reception, Piyatat Hemmatat will be giving an artist talk on Saturday, June 13 at 4pm. This will include a book signing for his publication the 3rd Eye Trilogy: The New Dawn. Available for purchase at the gallery, this beautiful catalogue includes words by Thailand’s most revered writer and poet, Phanomtien, composed specifically for each photograph, bringing subtle meaning and a literary way of looking at Hemmatat’s series of work.

Piyatat Hemmatat was born in Bangkok, Thailand in 1976. At the age of 14 he moved to London to complete his secondary education. He then focused his increasing passion for painting and photography by earning himself a Bachelor’s degree in fine art from City & Guild London art school, followed by a MFA degree in visual art from Chelsea College of Art & Design. In 2007 Piyatat returned home to Thailand and established his own studio and founded the RMA Institute in Bangkok. His photographic explorations have been widely published and exhibited internationally in New York, UK, Singapore, Thailand, Japan, Korea and Norway.