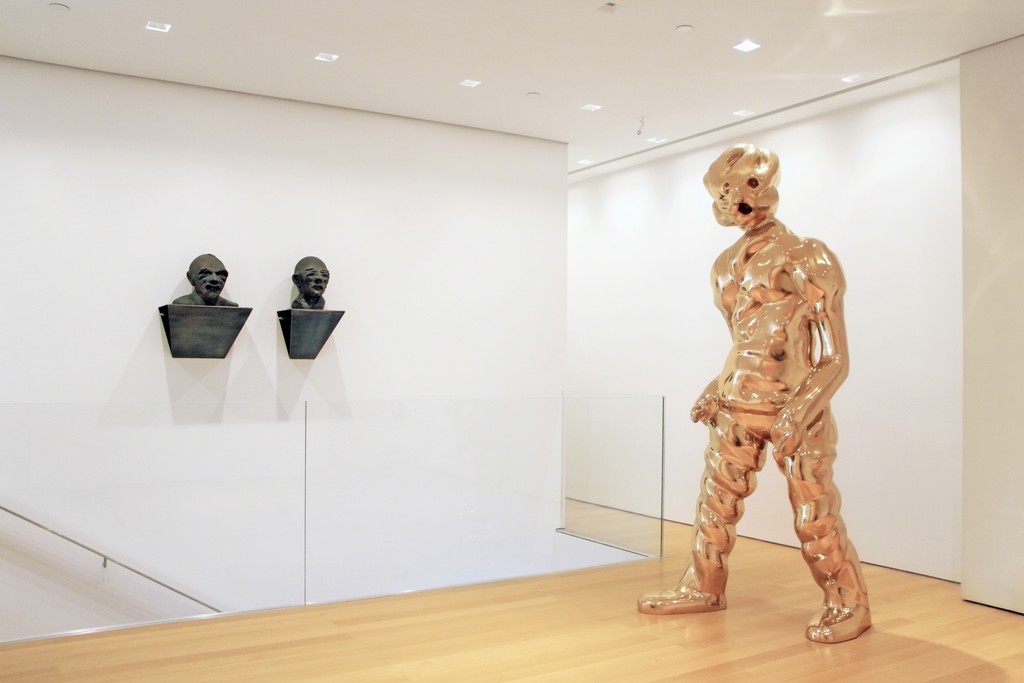 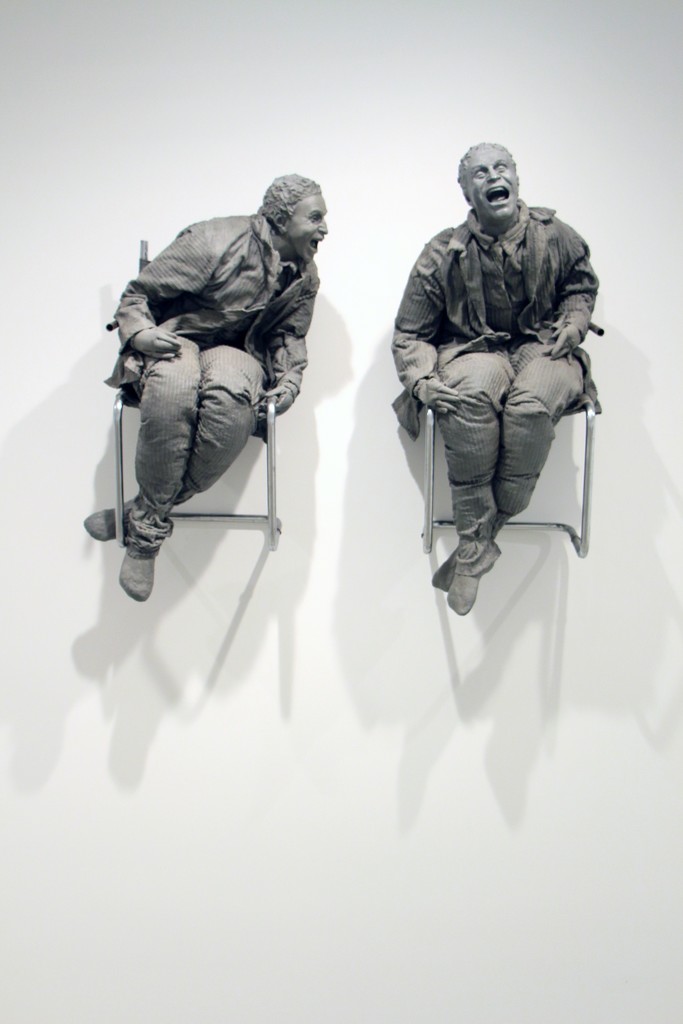 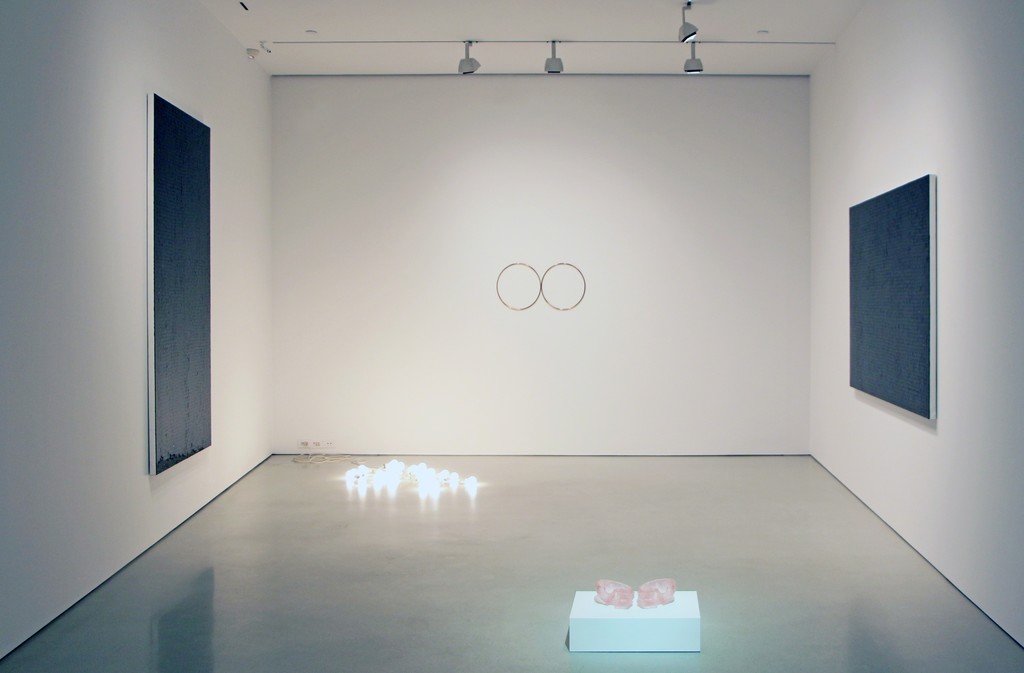 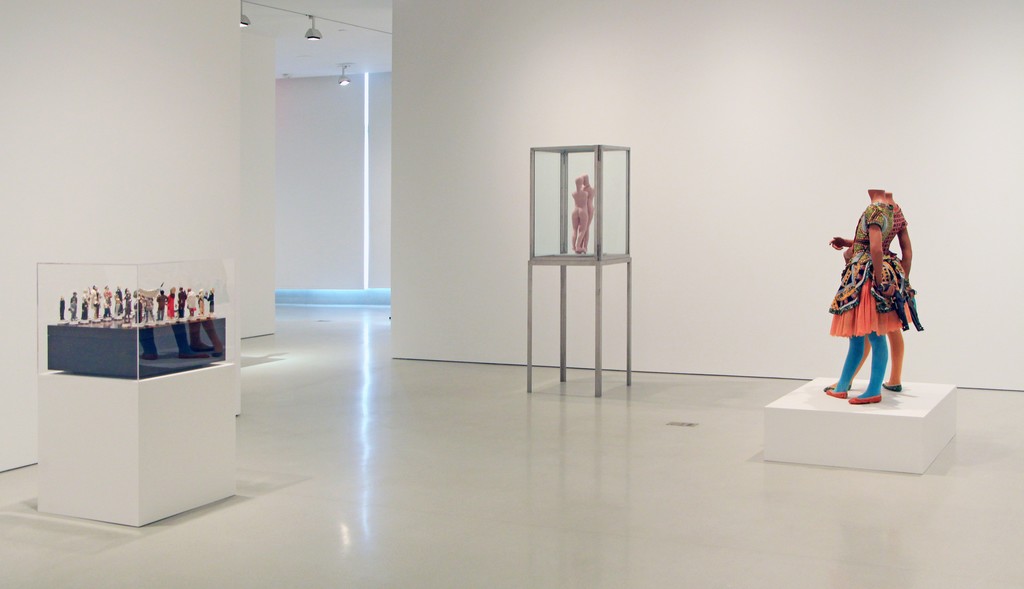 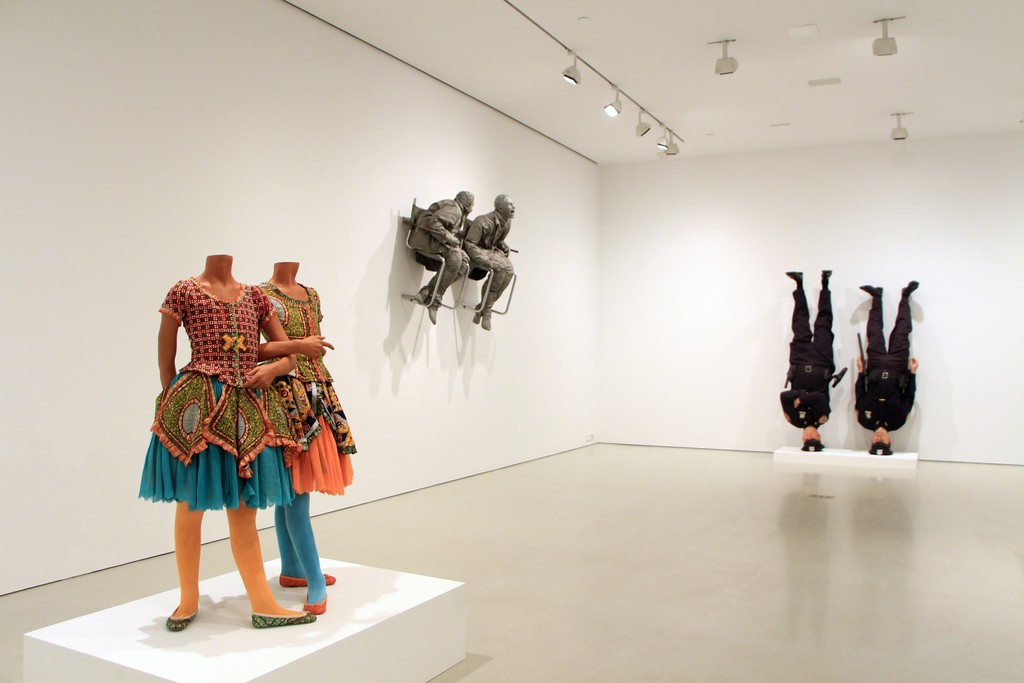 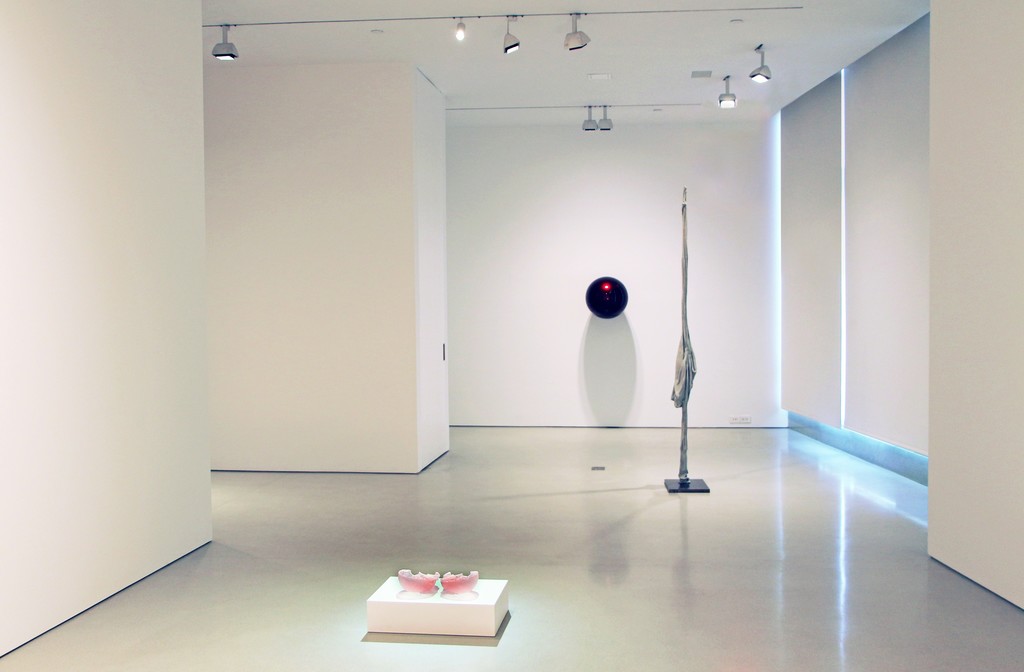 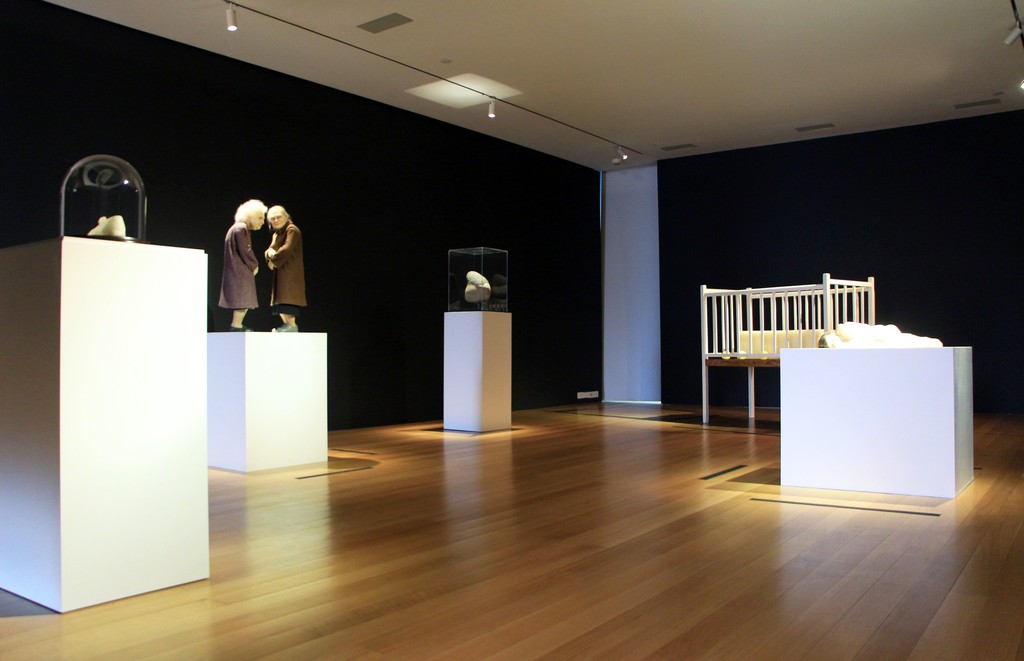 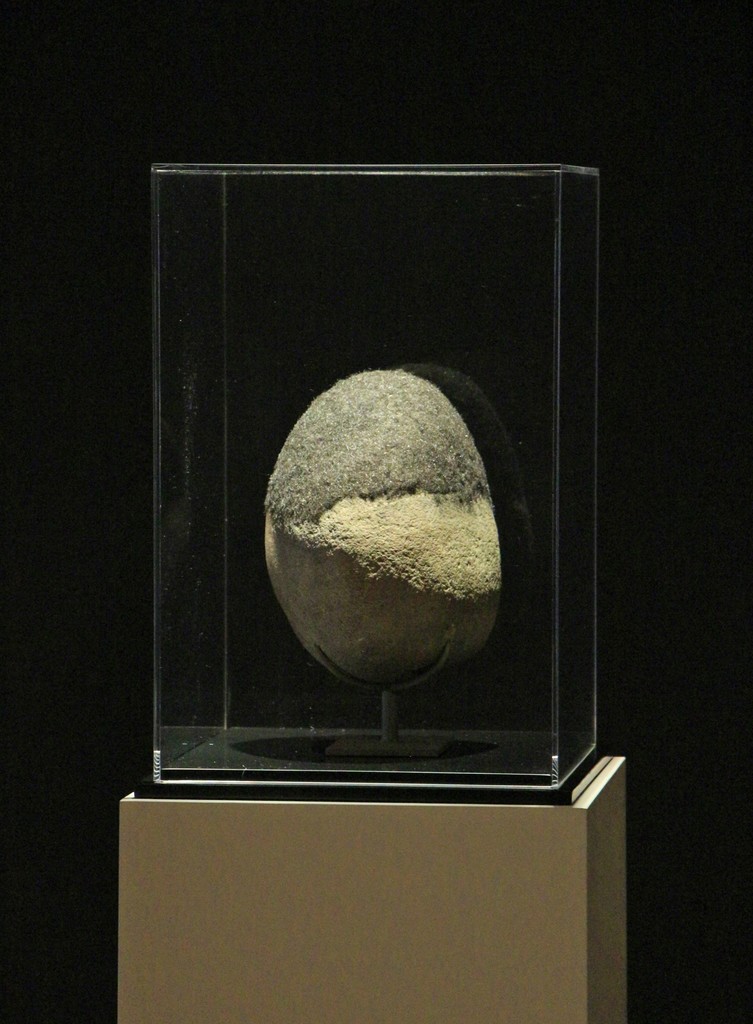 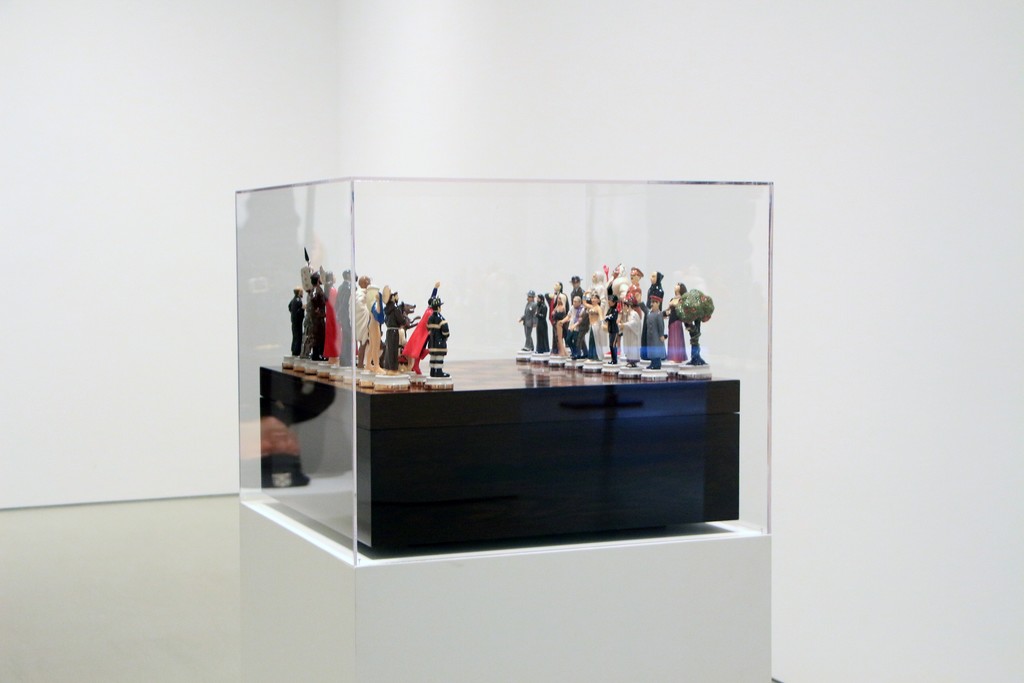 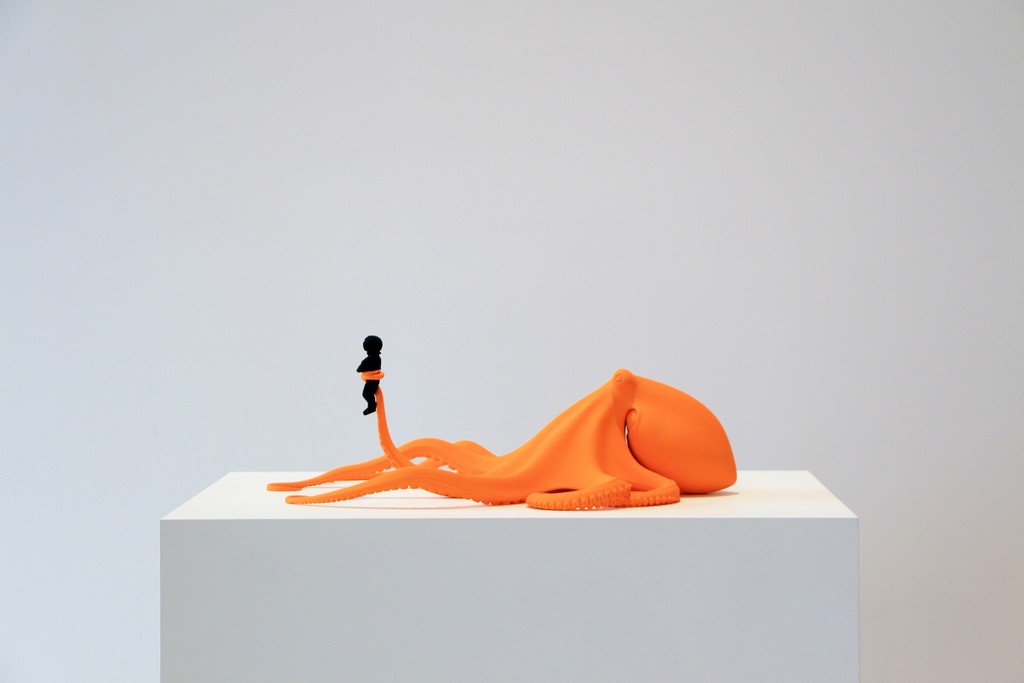 …The body in art becomes a mechanism for questioning our place in the world, our identities, our roles, and our relationships to others. On some level, all of the objects in A Secret Affair can be loosely categorized as meditations on the most primal and basic emotional need in life: that of human connection.*

The FLAG Art Foundation is pleased to present A Secret Affair: Selections from the Fuhrman Family Collection, an exhibition of work from FLAG Founder Glenn Fuhrman and his wife Amanda’s collection. The exhibition will be on view on FLAG’s 9th and 10th floor galleries from February 21 – May 16, 2015.

The title of the exhibition, A Secret Affair, was inspired by Jim Lambie’s keyhole sculpture Secret Affair (Gold), 2007, and serves as a metaphor for the passion of collecting and the intimate relationship between the art object and its beholder. Consisting primarily of sculpture, the exhibition revolves around the figure, the close connection between two individuals, and absence.

The primal need to connect, with ourselves or others, and the volatile nature of intimacy, complicated by protection and imprisonment, tenderness and aggression, isolation and togetherness, are themes explored throughout the artworks in A Secret Affair.

About:
A Secret Affair is curated by The Contemporary Austin’s Executive Director Louis Grachos with Manager of Special Projects, Director’s Office, Danielle Nieciag. This exhibition originated at the museum from May 3 – August 24, 2014 (click here for more information). Accompanying the exhibition is a fully illustrated catalogue featuring a foreword from Louis Grachos and the essay “The Subversive Body” by Senior Curator Heather Pesanti.

Louis Grachos has been the Ernest and Sarah Butler Executive Director at The Contemporary Austin since 2013, and is known for his groundbreaking curatorial work and arts administration. Previously, Grachos served as Director of Albright-Knox Art Gallery in Buffalo, NY, from 2003-2012. Grachos has held curatorial and administrative positions at the Americas Society Visual Arts Program, New York; the Queens Museum of Art, NY; the Center for Fine Arts, Miami; the Museum of Contemporary Art, San Diego; and SITE Santa Fe. A passionate advocate for the arts, Grachos has more than thirty years of experience in the museum field supporting contemporary art. He is committed to community collaborations, with a focus on arts education and outreach programming, and consistently strives to create an artist centric institutional culture.

*Heather Pensati, “The Subversive Body,” in A Secret Affair: Selections from the Fuhrman Family Collection – Exhibition Catalogue, The Contemporary Austin, 2014, 6.