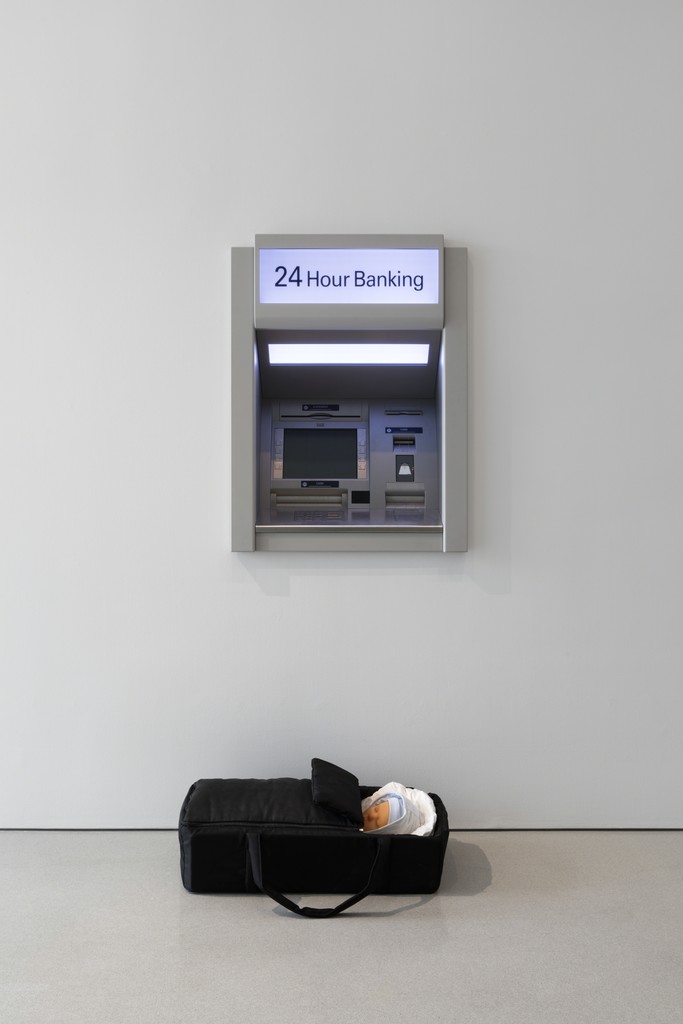 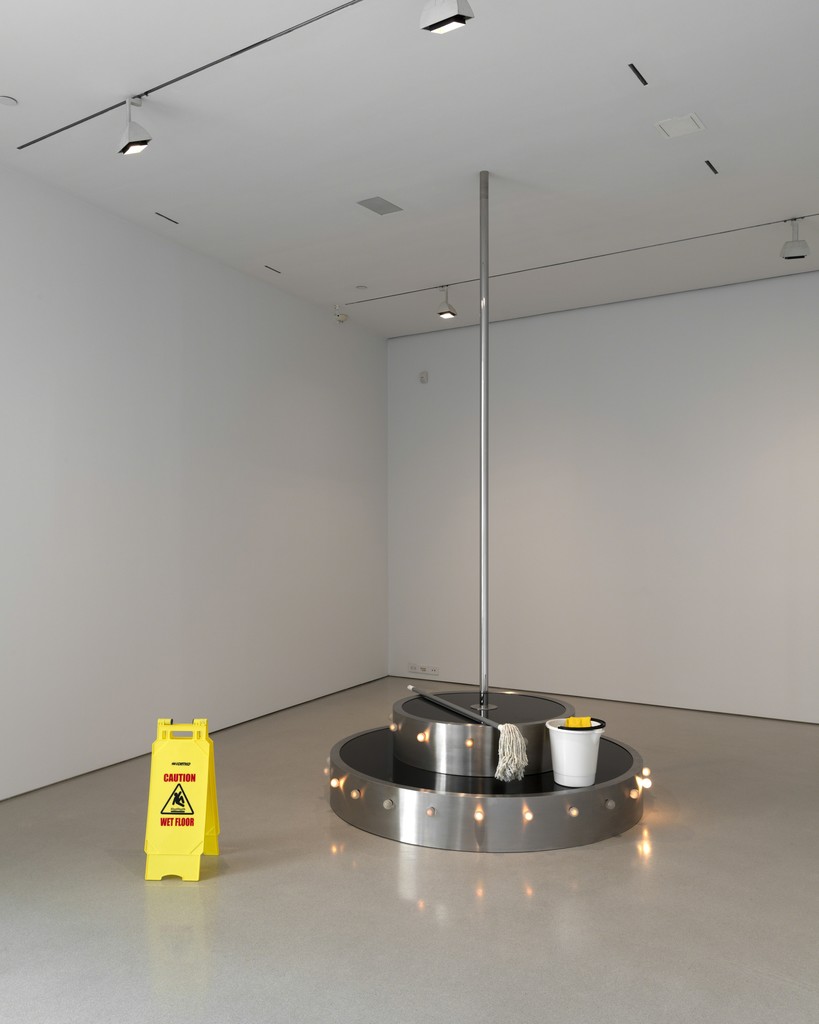 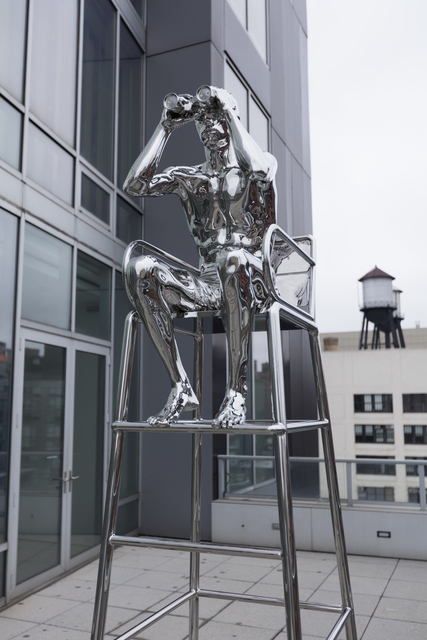 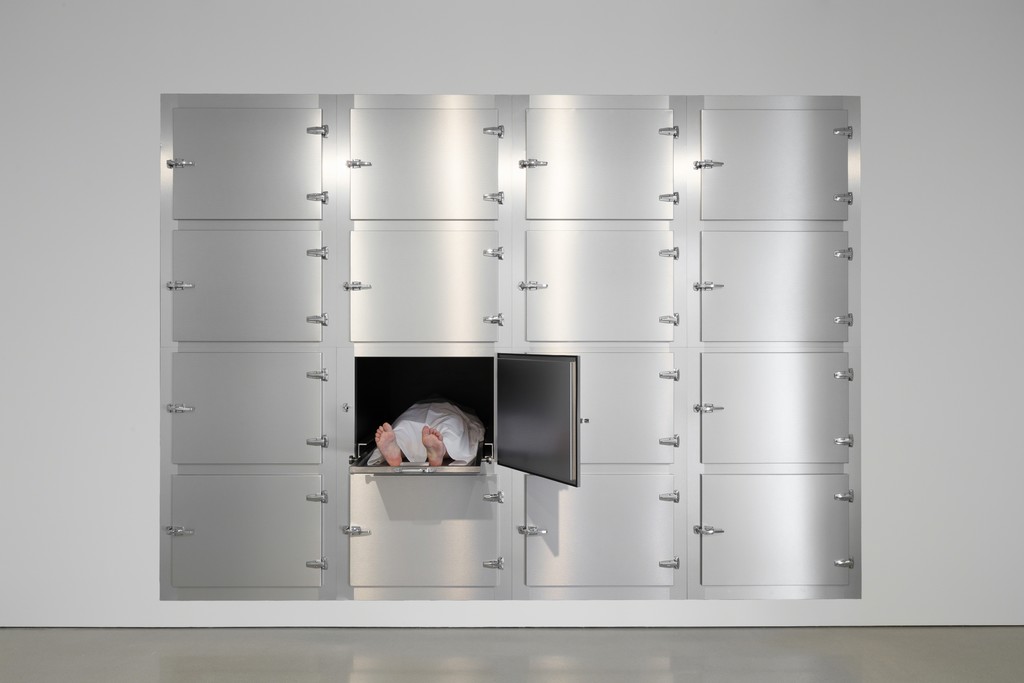 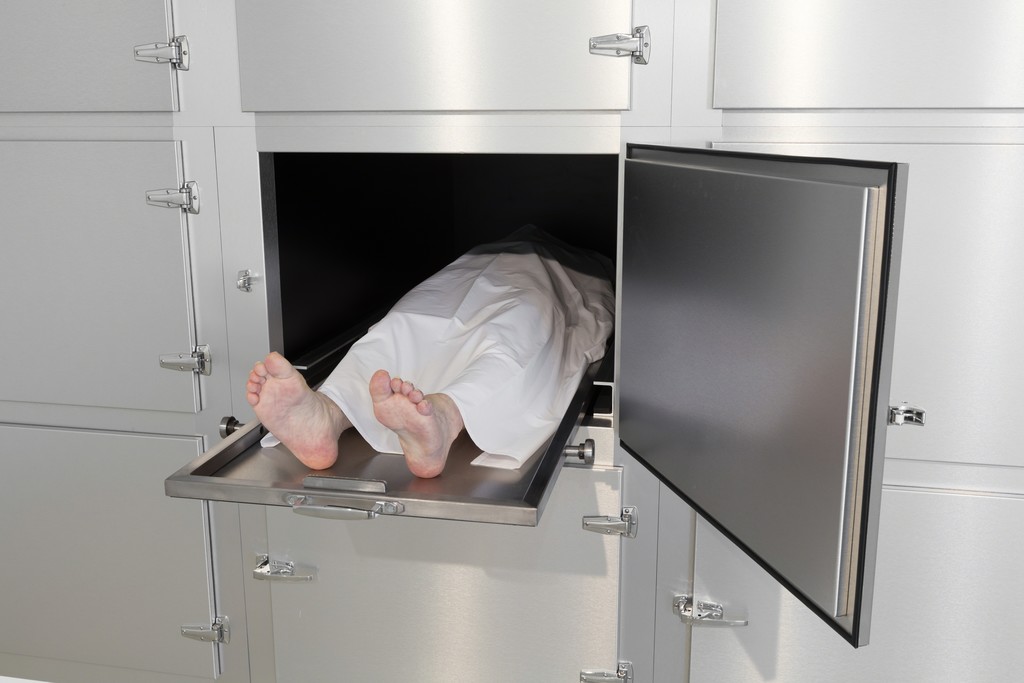 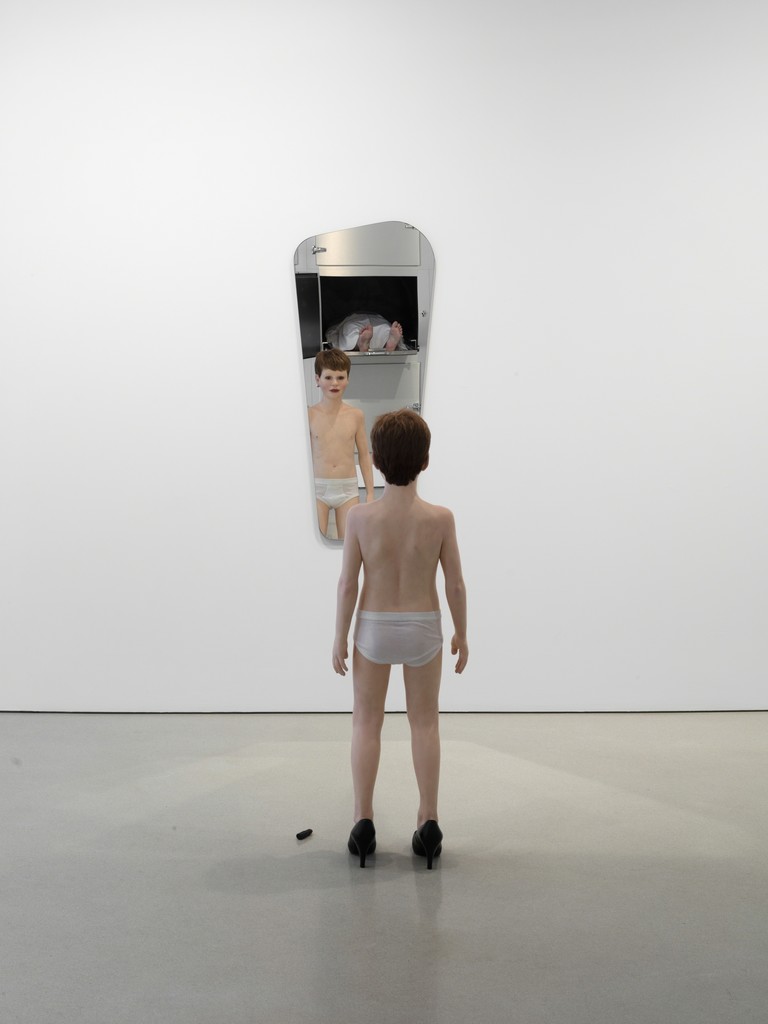 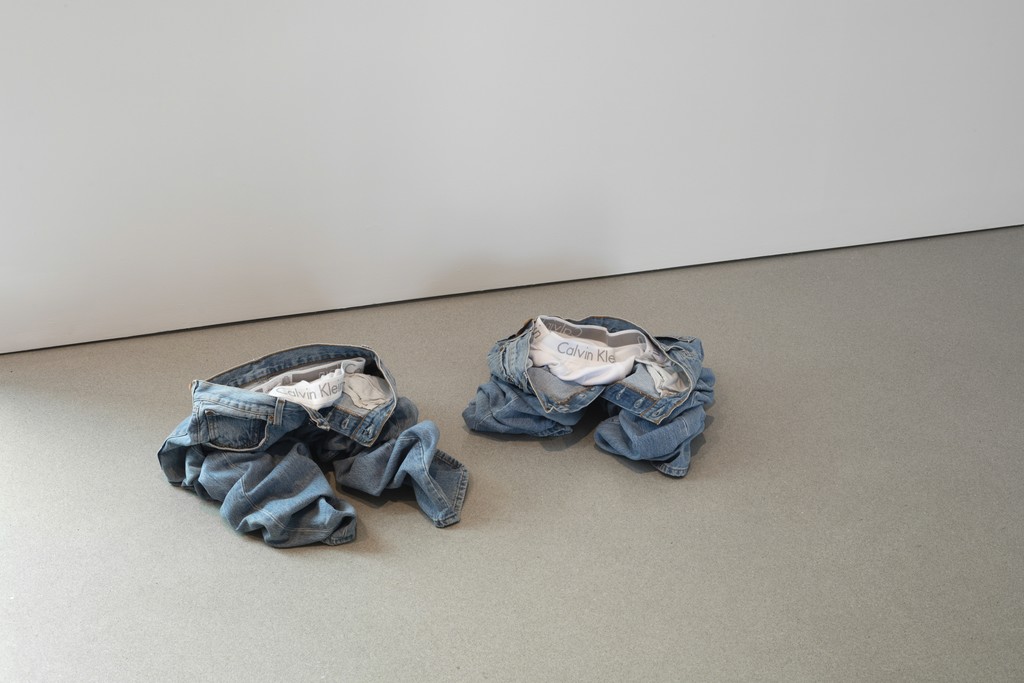 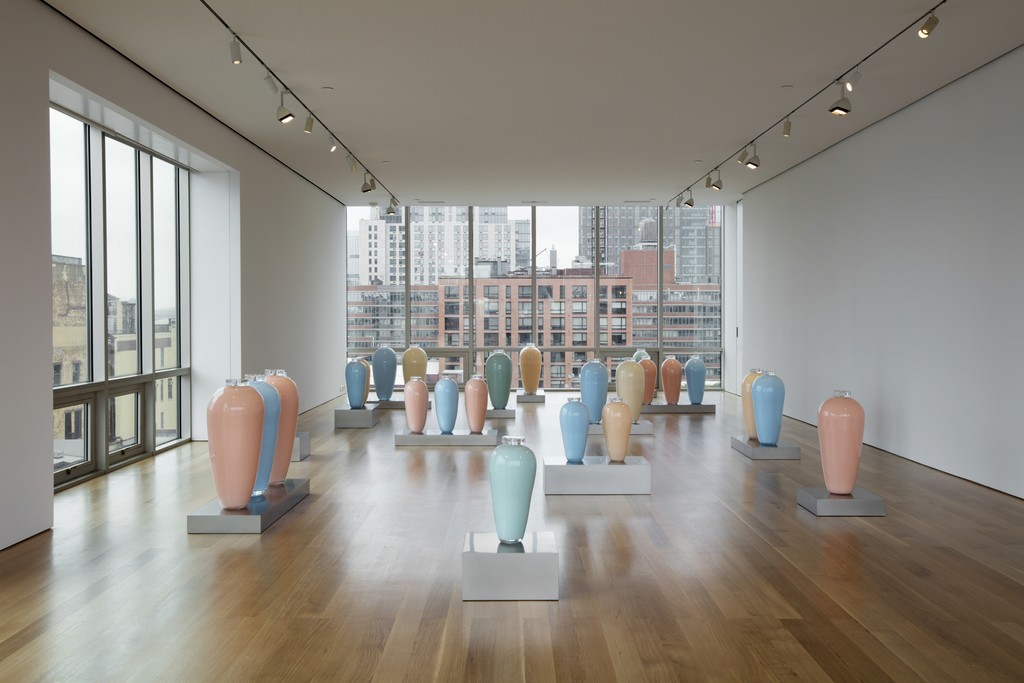 The FLAG Art Foundation is pleased to present Changing Subjects, a solo exhibition by internationally acclaimed artists Elmgreen & Dragset, on view October 1 – December 17, 2016, on the 9th and 10th floor galleries, as well as the outdoor terrace overlooking the Hudson River with a site-specific sculpture. The exhibition, designed by the artists, presents new and existing work from the duo’s twenty-year-long collaboration, encompassing recurring themes such as existential issues linked to identity, sexuality and mortality, as well as an examination of social value systems and the expectations that come with them.

Changing Subjects investigates the multiple meanings of the word “subject” as a noun. In grammatical terms, the subject can be a noun functioning as one of the main components of a clause, making it the element about which the rest of the clause is predicated. In turn, the predicate is the part of a sentence or clause that expresses what is said of the subject on its own. In the context of this exhibition, the subject of each work exists independently of the others, yet when viewed together, they shift positions, creating a complex interconnection between the autonomous works.

The works in the exhibition, ranging in date of creation from 1998 to 2016, collectively guide visitors on a non-linear journey through various life stages. However, the sculptures and installations do not mark momentous occasions; on the contrary, they show introspective, unspectacular moments, by way of a figurative representation, by the use of a minimalist symbolic language, or by employing the actual materials to which they refer. Even when a lifelike human form is not shown, presence is implied through absence. The repeated use of an antiseptic material like stainless steel underscores a sense of a clinical study and evokes solitary feelings of abandonment.

Among the works in the exhibition on the 9th floor are Modern Moses, 2006, a wax figure depicting a sleeping baby in a carrycot at the foot of an ATM machine; and The Experiment, 2011, a sculpture of a little boy in front of a mirror wearing his mother’s lipstick and high heels. A new work, Human Scale, 2016, shows an abstraction of human body parts via metal rulers mounted at varying heights on the wall, corresponding to the measurements of an unnamed adult’s head, hands, shoulders, waist, etc. An early readymade by the artist duo, Powerless Structures, Fig. 19, 1998, consists of two pairs of Calvin Klein underwear inside two pairs of faded Levi’s jeans lying on the floor as if someone had just undressed and dropped them. The exhibition transitions on the 10th floor gallery with a full floor installation, Side Effects, 2015, a series of hand-blown glass vases filled with the actual pastel colored food pigments used to coat pills in the latest generation of HIV medicines.