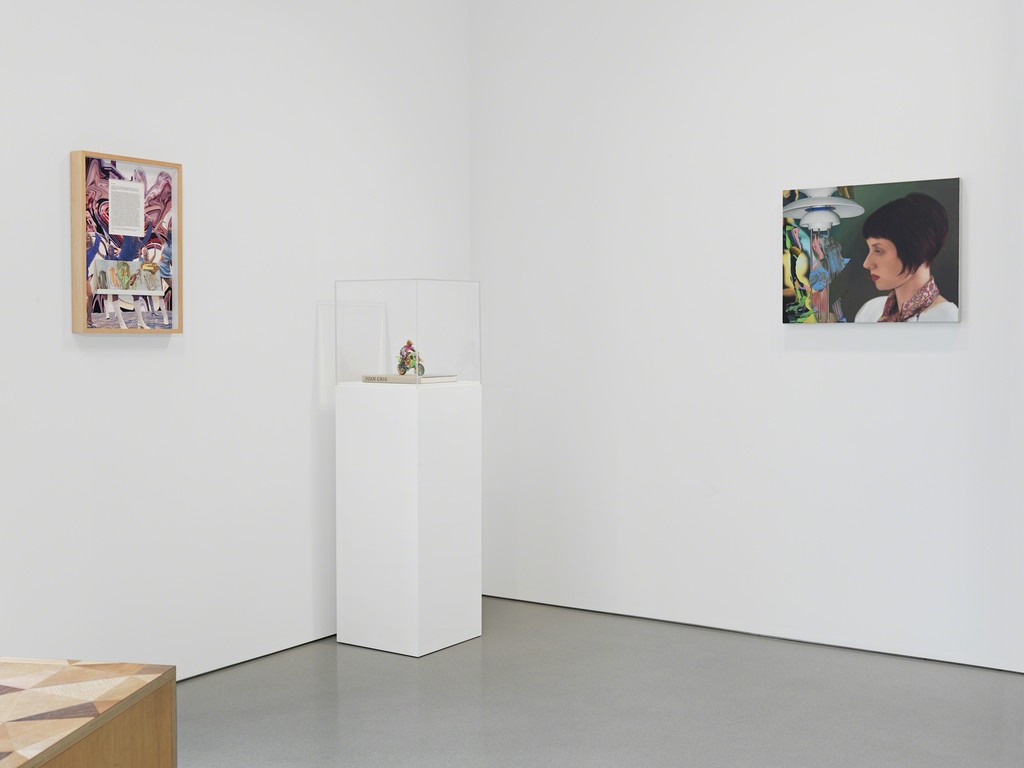 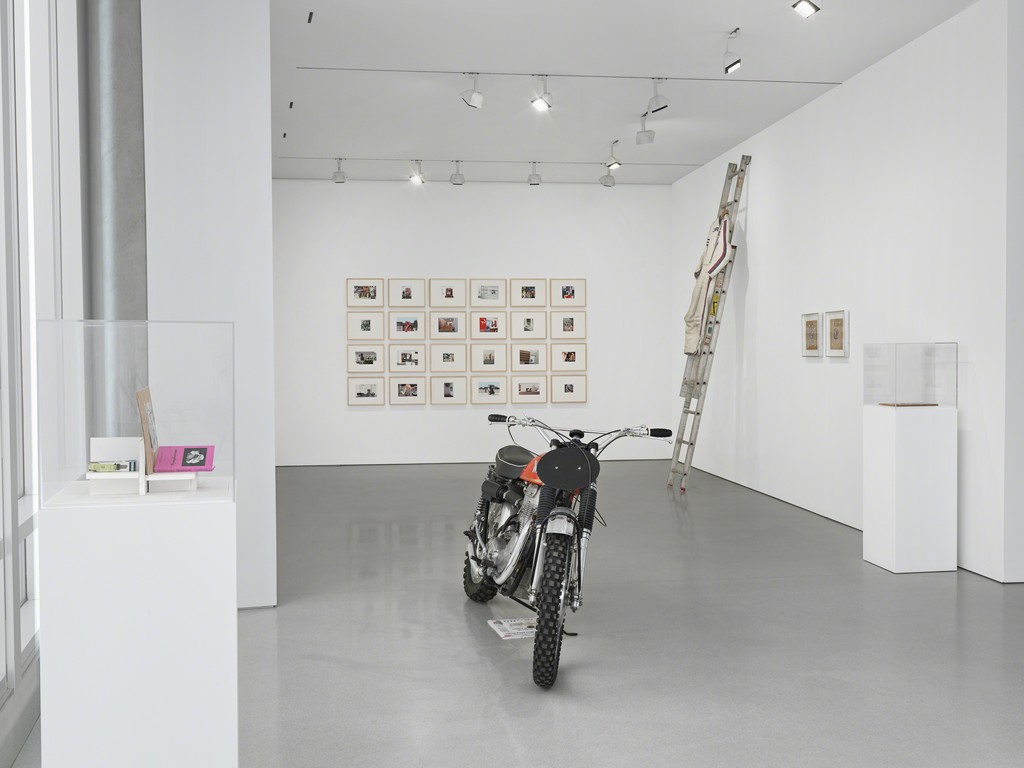 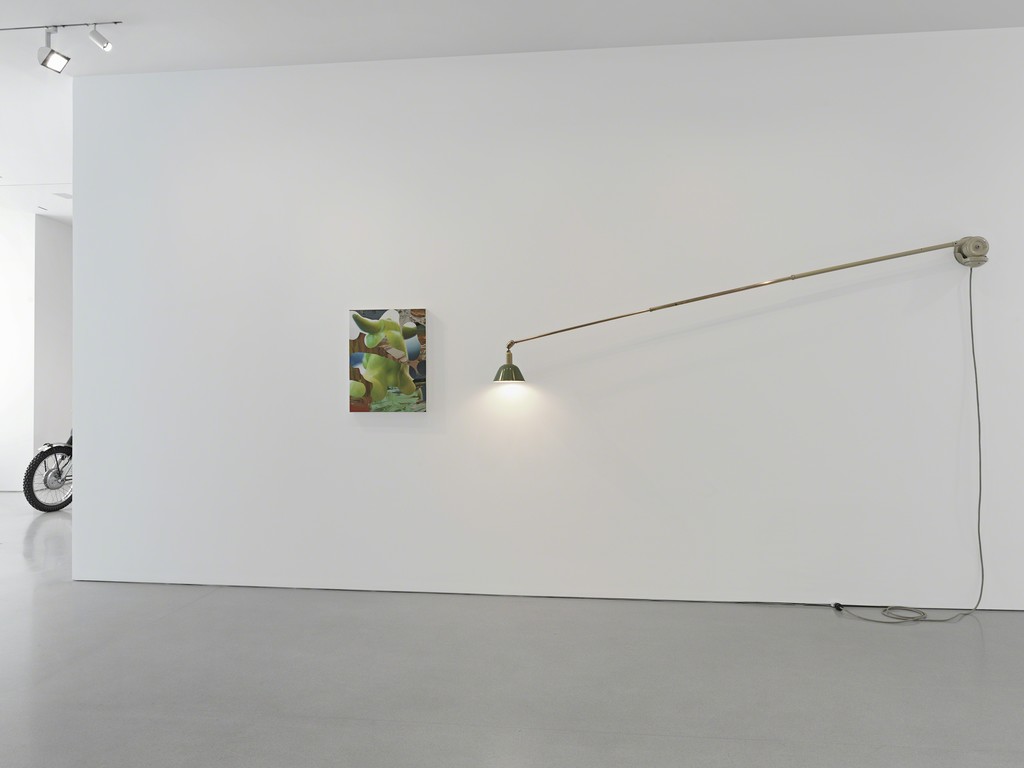 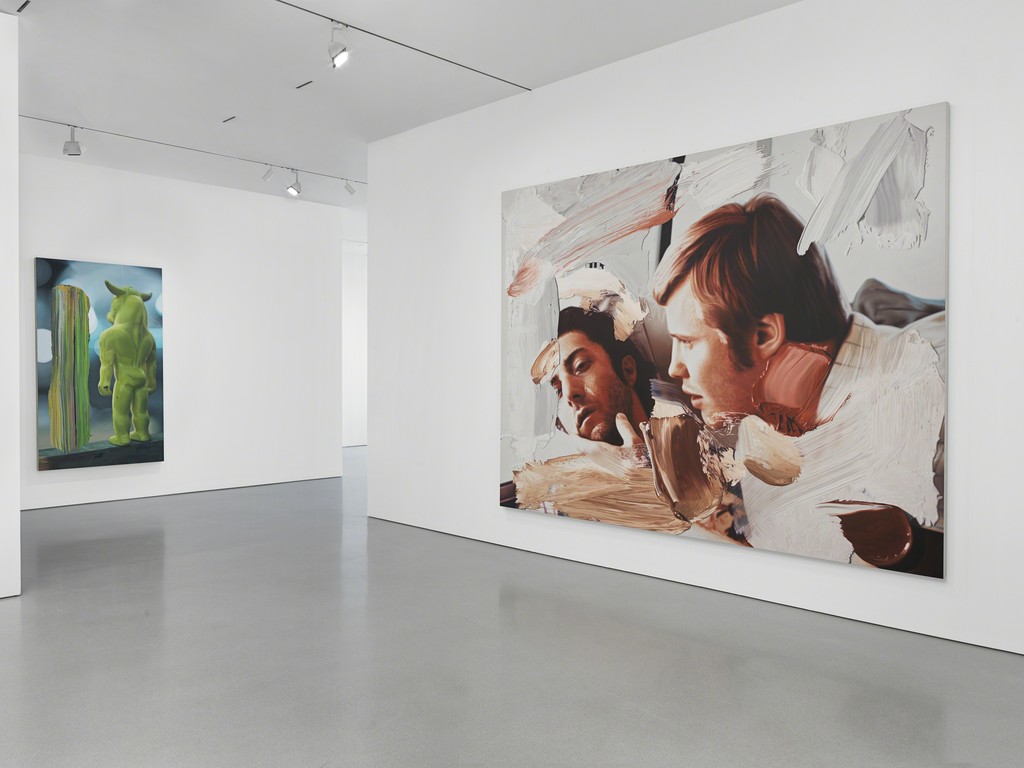 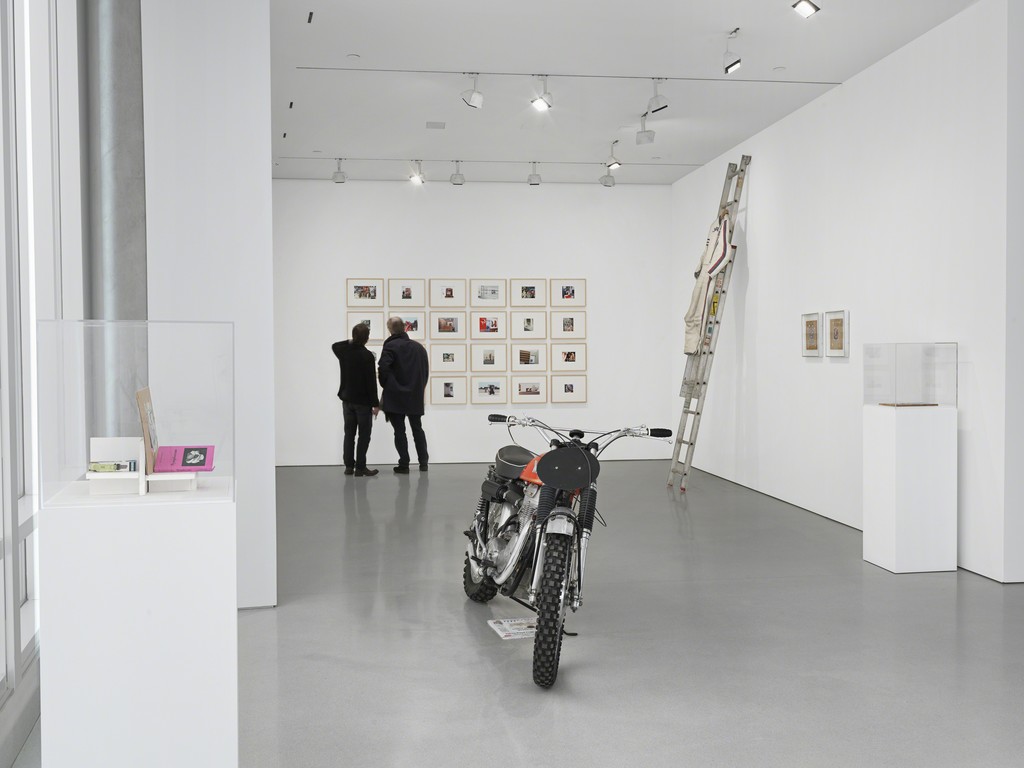 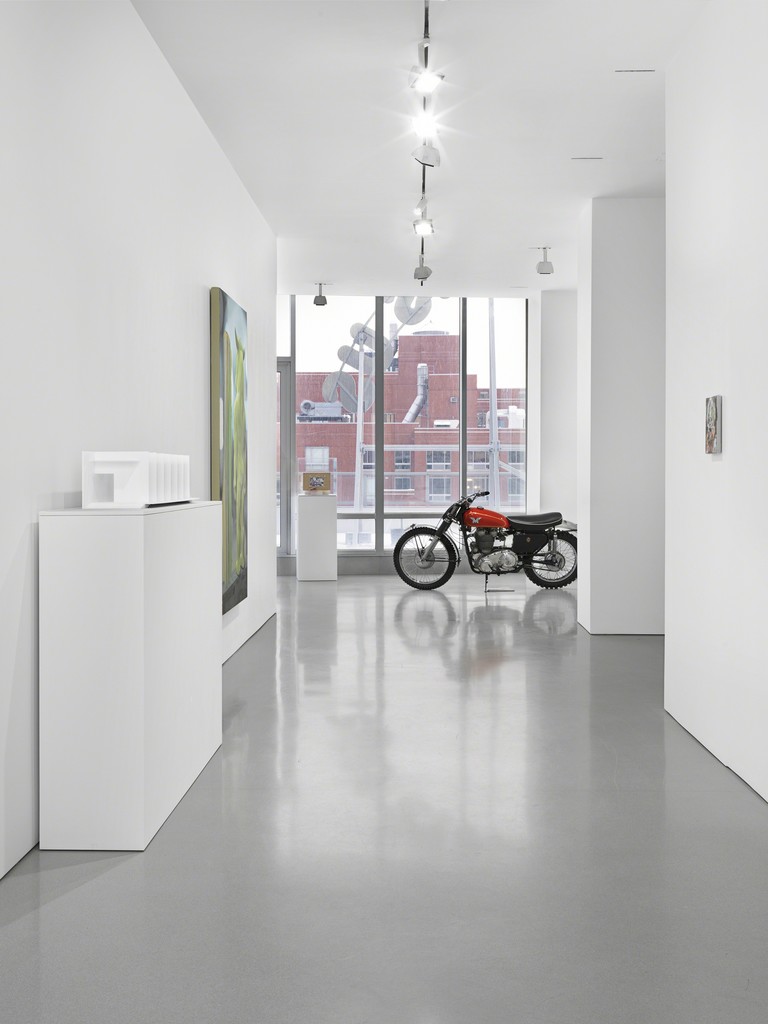 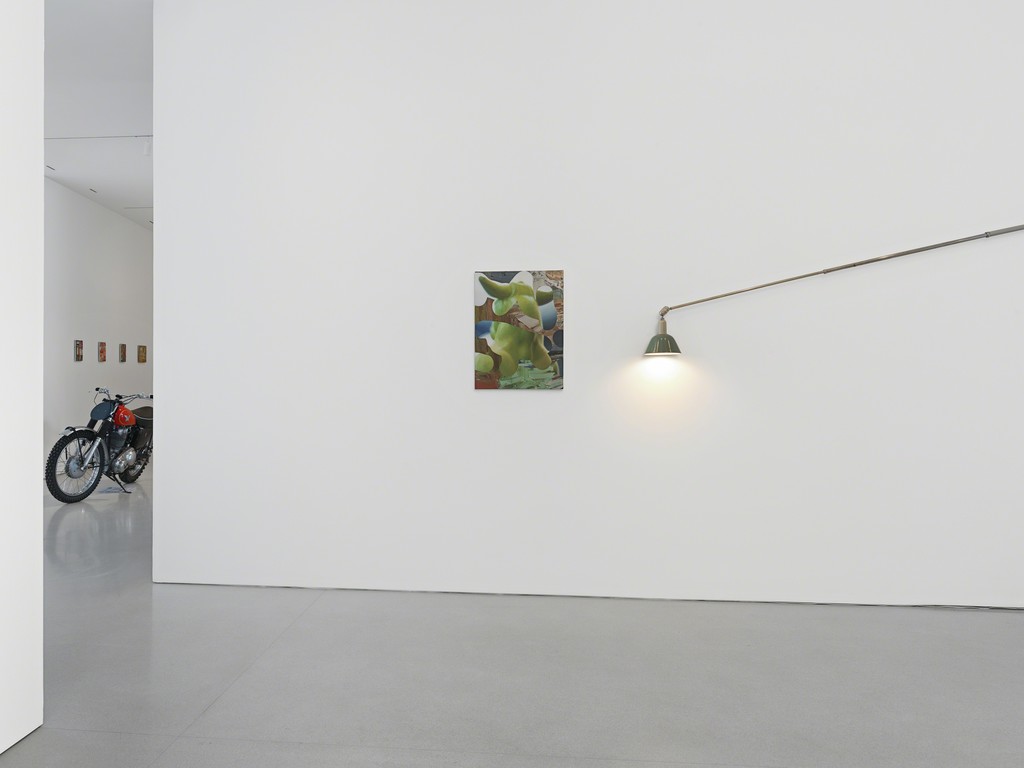 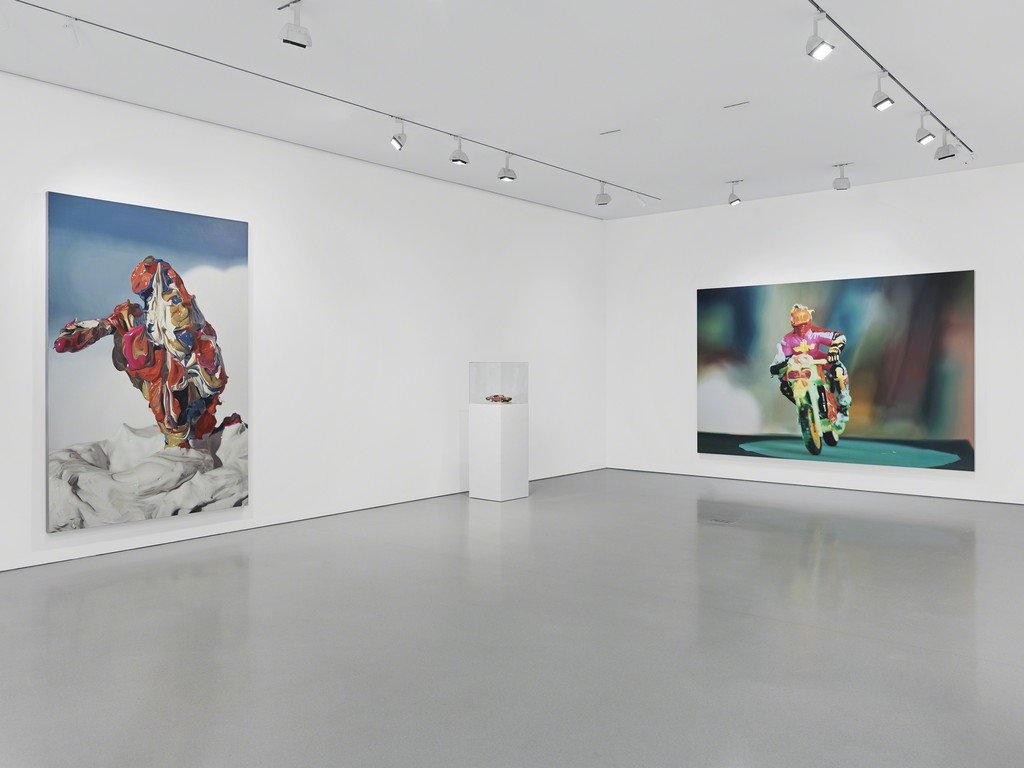 I’m Walking Here! is a mini-survey and the first comprehensive presentation in New York of Richard Patterson’s career to date. It chronicles the British-born, Dallas-based artist’s many painterly innovations and pop-cultural inspirations and highlights new directions in his work. A veteran of Damien Hirst’s seminal 1988 exhibition Freeze and a leading light in the influential YBA, or Young British Artist, group, Patterson developed an exuberant and sumptuous style he dubs “hyperabstraction.” Made with outrageous skill and humor, his meticulously constructed images combine elements of photorealism and gestural abstraction in an attempt to update the brushy breakthroughs of modernist painting for an era when images travel at the speed of light. They are loaded with countless references — art-historical, cinematic, historic, and Freudian. To enter the pictorial and psychic space of one of Patterson’s images is to tumble into a fantastical realm in which distinctions between form and symbol, surface and depth, and the sublime and the absurd are lovingly blurred.

Its title is inspired by a painting The Kennington Years that references the 1969 film Midnight Cowboy as well as the artist’s own down-and-out early years in a pre-gentrified pocket of London. The exhibition maps Patterson’s intricately interlocking visual universe-one populated by beautiful women, British motorcycles, and outré industrial design objects. In addition to paintings and digital sketches, the installation includes a vintage Matchless Typhoon track bike, a Johansson triplex extending lamp designed in 1919, and, for the first time ever, a selection of the paint-daubed figurines and studio maquettes on which he bases many of his best-known compositions.

The exhibition is organized in collaboration with the artist by Toby Kamps, Curator of Modern and Contemporary Art at the Menil Collection, Houston.

Toby Kamps is the curator of modern and contemporary art at The Menil Collection. Previously, he was senior curator at the Contemporary Arts Museum Houston. He has organized solo exhibitions by artists such as Wols (Wolfgang Schulze), Claes Oldenburg, Ellsworth Kelly, Vanessa Beecroft, Martin Kersels, Adi Nes, Danny Lyon, Torsten Slama, and the collaborative team of John Wood and Paul Harrison. He also has produced numerous thematic survey projects including Silence, The Old, Weird America, Small World: Dioramas in Contemporary Art, and, with a curatorial team, Baja to Vancouver: The West Coast and Contemporary Art. A graduate of the Williams College Graduate Program in the History of Art and the Getty Museum Leadership Institute, Kamps has written on extensively on contemporary art and artists.