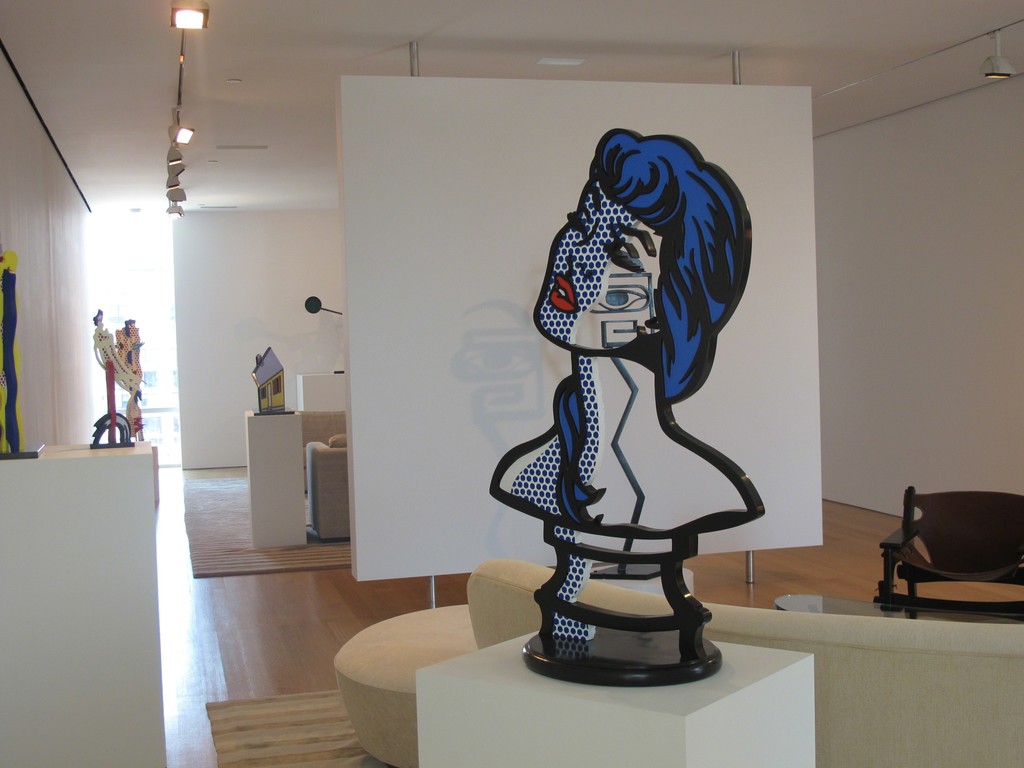 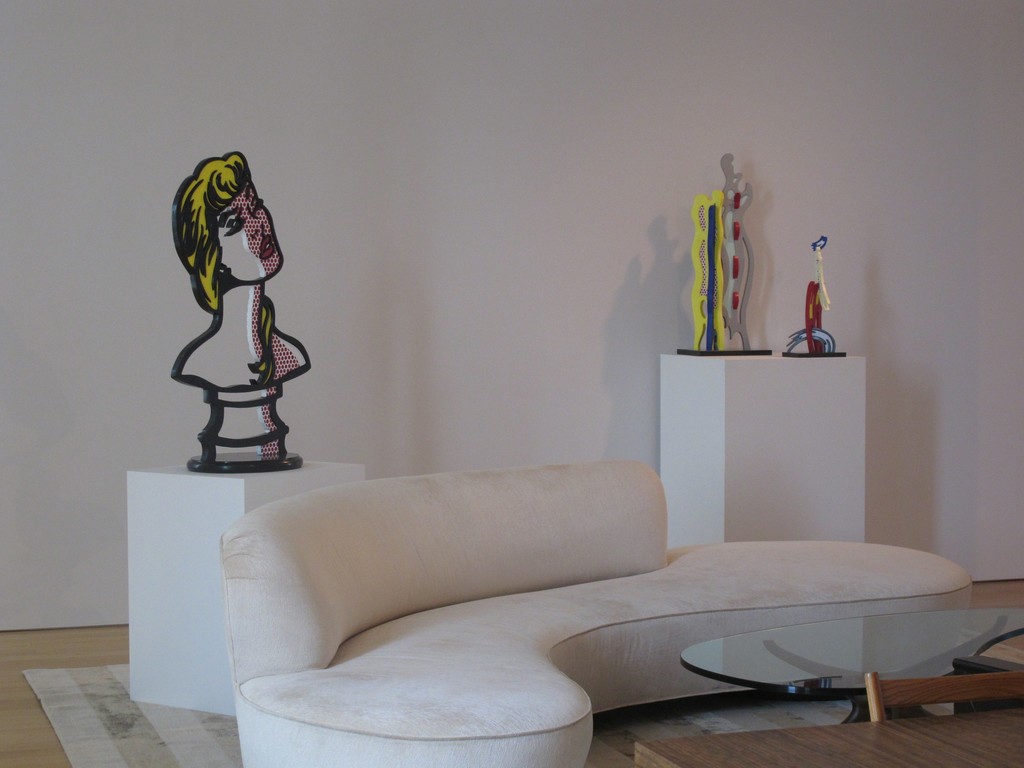 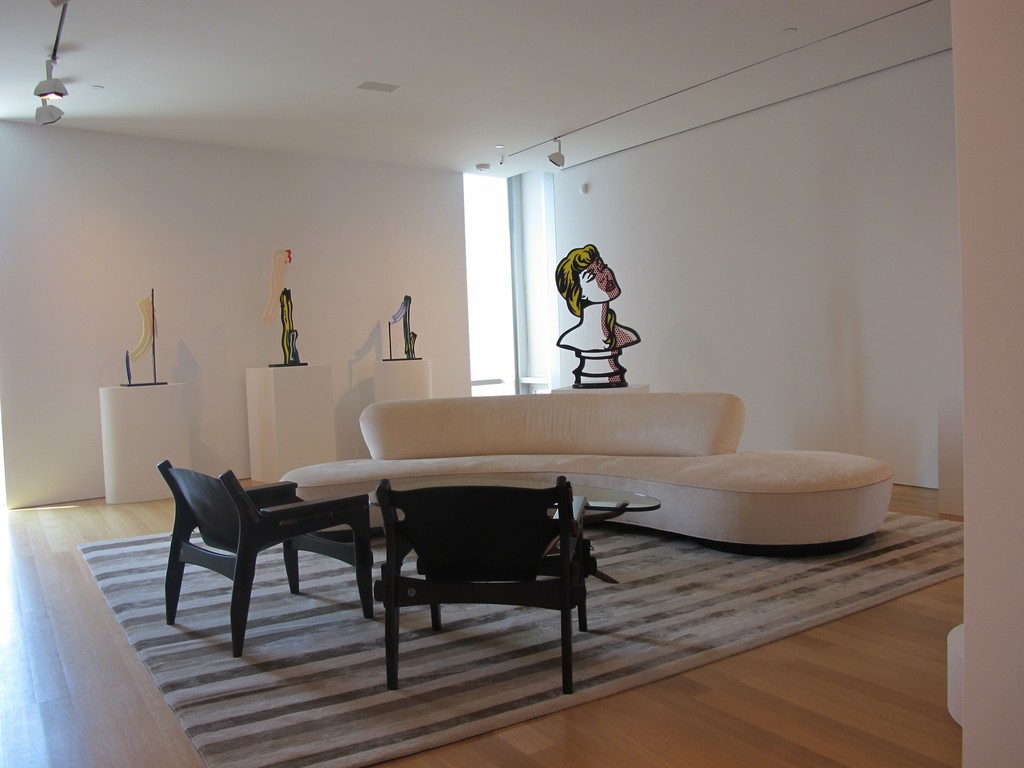 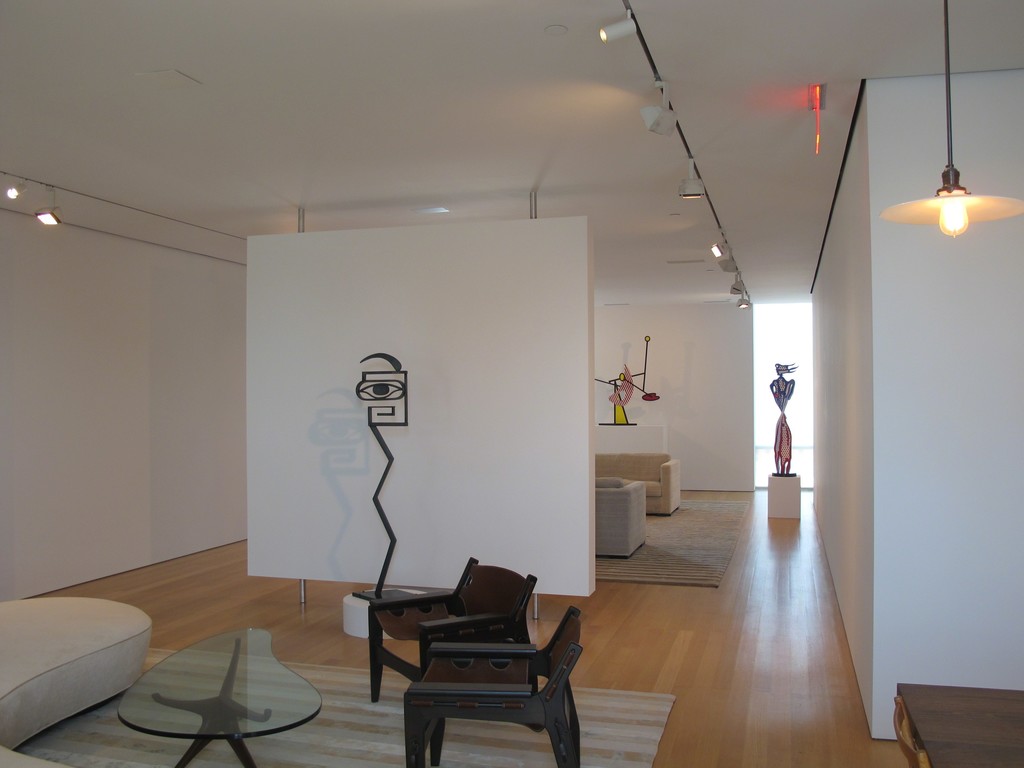 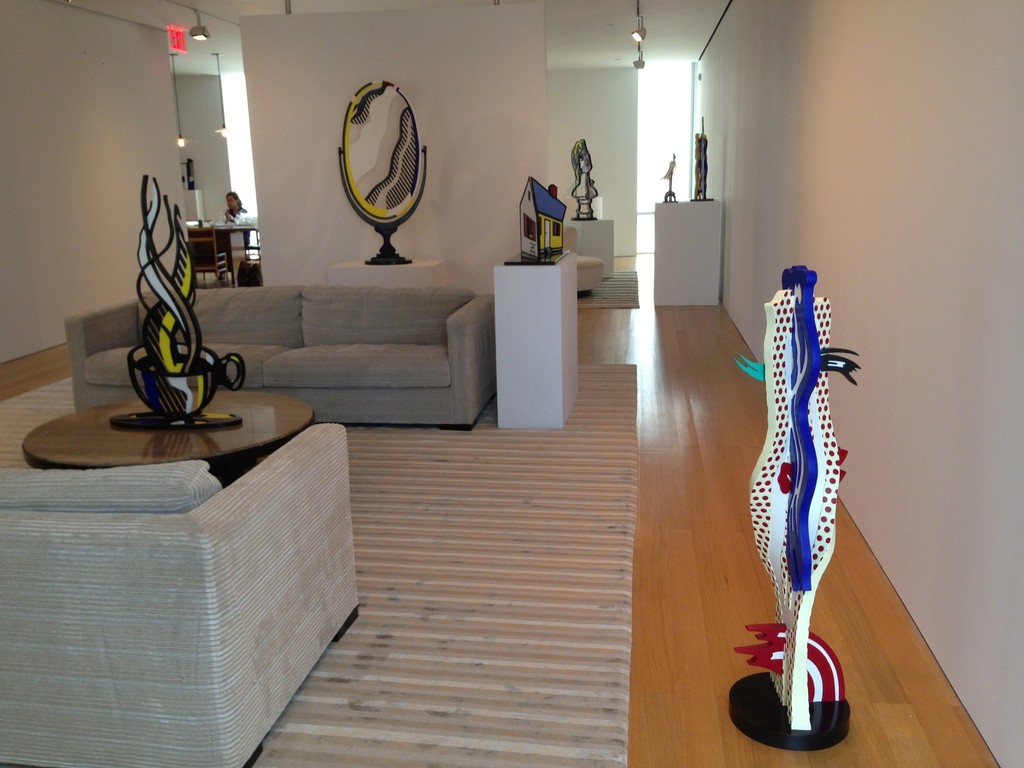 Following the success of Roy Lichtenstein: Nudes and Interiors, curated by artists Hilary Harkness and Ewan Gibbs,
The FLAG Art Foundation is pleased to present Roy Lichtenstein: Intimate Sculptures, an exhibition of fourteen
sculptures, organized in collaboration with the Roy Lichtenstein Foundation, on view on FLAG’s 10th floor from
June 26, 2014 –January, 31, 2015. This exhibition marks a yearlong engagement with the Roy Lichtenstein
Foundation, allowing FLAG the honor of presenting two rarely-seen bodies of work by one of the twentieth
century’s most influential artists.
Roy Lichtenstein: Intimate Sculptures presents a selection of the artist’s sculptures and maquettes, works that
playfully and pointedly blur the boundaries of drawing, sculpture, and painting. Comprised of everyday and
mass-produced objects – a mirror, water glass, and coffee cup – as well as the artist’s signature brushstrokes,
the works highlight Lichtenstein’s ability to elevate the everyday to the iconic. Presented in a gallery space
populated with furniture, the exhibition encourages engagement, inviting audiences to view historic works in
an intimate setting. Maquette for House I (1996) inspired the domestic context for this environment, a later
work wherein Lichtenstein reduces the structure of a cookie cutter suburban house to black outlines and
primary colors – yellow siding, a blue roof, and red to accent the shutters and chimney.
Often overlooked but routinely used, commercial subjects become monuments in the artist’s hand, wherein
shadow, contour, and highlight are rendered in patinated bronze. In Mirror II (1977), Lichtenstein transforms a
vanity mirror into a static, unchanging reflection – focusing on the form of the object while negating its intended
function. Mobile III (1990) directly references Alexander Calder’s archetypal mobiles, “freezing” 1
an item whose
sole purpose is to respond to movement. Rather than condense volume and function into a linear still life, these
sculptures become intimate metaphors for the disposable society in which they exist.
Nodding to the physicality of the Abstract Expressionist movement and its influence on Western art,
Lichtenstein’s brushstroke sculptures democratize mark-making and painterly authority through isolation and
reproduction. Lichtenstein describes his desire to separate the brushstroke from the canvas and distill it to its
purist form: “…my latest interest is probably in some way a reaction to the turn of contemporary painting
back toward an expressionist path, toward the revealing of the brushstroke in the surface of the painting.
Still, I am doing it my own way.”2
Lichtenstein’s modern approach to the brushstroke continued to