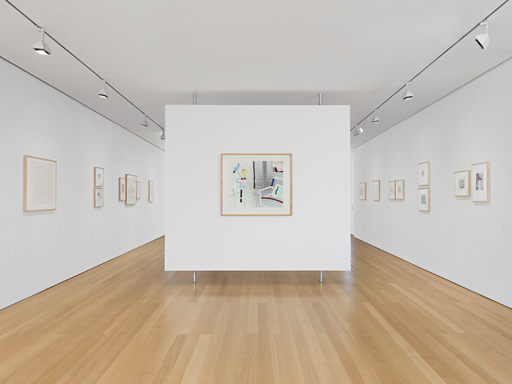 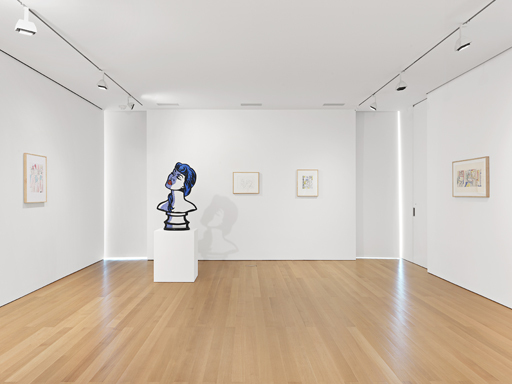 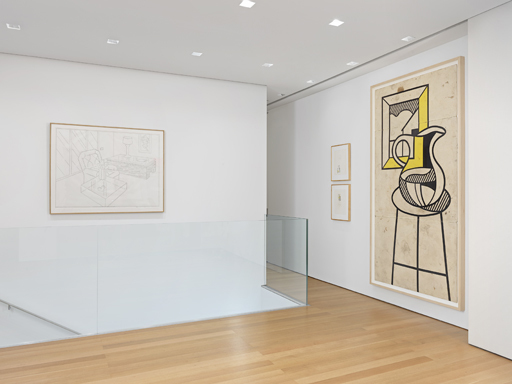 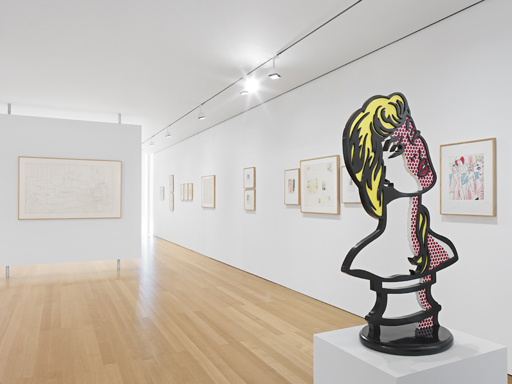 Pairing established and emerging talent is central to FLAG’s program. We are proud to present
Roy Lichtenstein: Nudes and Interiors curated by artists Hilary Harkness and Ewan Gibbs organized in
cooperation with the Roy Lichtenstein Foundation. The exhibition includes 37 works by Lichtenstein including drawing, collage and sculpture as well two original works created by our curators in conjunction
with the exhibition.

In Drawing from Inspiration and A Nude of One’s Own, the essays prepared for the catalogue
accompanying the exhibition, Gibbs and Harkness reveal themselves to be artists meditating on the
creative process with Lichtenstein in the foreground. What does it mean to make art through time; what
does it mean to pay homage; what does it mean to create an artistic space that can accommodate one’s
cognitive and passionate impulses? Their reflections are as artists who have been at work for over a
decade and who share a vantage point that is both of their time and of artists throughout time.

Gibbs and Harkness note a number of influences shared with Lichtenstein, including paying homage to
artists such as Matisse and Picasso - artists whose works (and lives) have sustained and nourished the
curators’ creative processes. The preparatory works featured in the show resonated with both curators
for the clues the works leave behind with respect to Lichtenstein’s efforts, his fervor, and his passion.
Clues sometimes overlooked in the fully realized collages and paintings that would follow.

Harkness finds Lichtenstein’s ability to assimilate high and low visual influences into a language that was
his own inspiring. For this show, she has chosen to feature Lichtenstein’s late nudes, many of which
were painted when he was in his seventies at a time when Harkness observes, he no longer had anything
to prove and nothing to lose and which results in works laced with a palpable joie de vivre.

Gibbs approaches Lichtenstein’s interiors from a place of comfort and familiarity, having worked directly
from photographs of hotel rooms taken from holiday brochures since 1993. It was Lichtenstein, with his
use of pictures from comics, phone books and advertisements, who provided Gibbs with a feeling of
artistic freedom and confidence to use mass-produced advertising images as source material.
 
As Harkness observes, painting grows out of the personal. There are times when we have to fight it, sometimes we submit to it, sometimes we let go of it. But always – it is there and we have to figure out
 what we’re going to do about it.

 In this exhibition, Gibbs and Harkness invite us to take a glimpse into the world of Lichtenstein’s interiors
 and his nudes. A world packed with the indelible marks of a career that spanned decades and integrated
 a variety of artistic influences.

Ewan Gibbs was born in 1973 and graduated from Goldsmiths College of Art in 1996. He is represented by Timothy Taylor Gallery, UK and Lora Reynolds Gallery, Austin, Texas. Gibbs was commissioned by the SFMOMA as part of their 75th anniversary celebrations and has been featured in notable group exhibitions including Drawn from Photography, The Drawing Center, New York (2011); Making a Mark: Drawings from the Contemporary Collection, High Museum of Art, Atlanta (2011) among others. Recent solo exhibitions include Ewan Gibbs: America, Davidson College of Arts, North Carolina (2010); Ewan Gibbs, Timothy Taylor Gallery, London (2008). Ewan lives and works in Oxfordshire, UK.

Hilary Harkness was born in Michigan in 1971 and is a graduate of the University of California-Berkeley and holds a Master of Fine Arts from the Yale University School of Art. She exhibits with the Mary Boone Gallery, NY. Her work has been exhibited internationally, including the Museo Thyssen-Bornemisza, Madrid, Spain, and the Deste Foundation in Athens, Greece and is in the collection of the Whitney Museum. In 2013, The FLAG Art Foundation hosted a retrospective of her cross-section paintings. Harkness has been featured in publications including the New York Times, The New Yorker, Interview magazine, Esquire and blogs for The Huffington Post. She has taught painting and sculpture as Artist in Residence at Yale Summer School of Art and Music, and lectured widely at institutions such as Columbia University, Yale University, and the Baltimore Museum of Art. Hilary lives and works in Brooklyn.