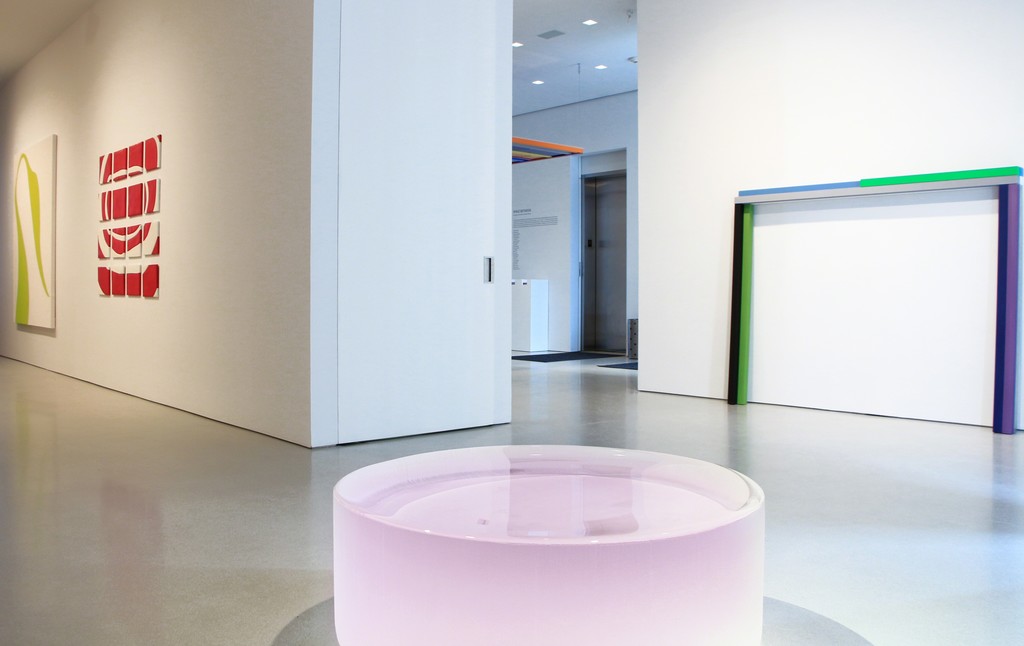 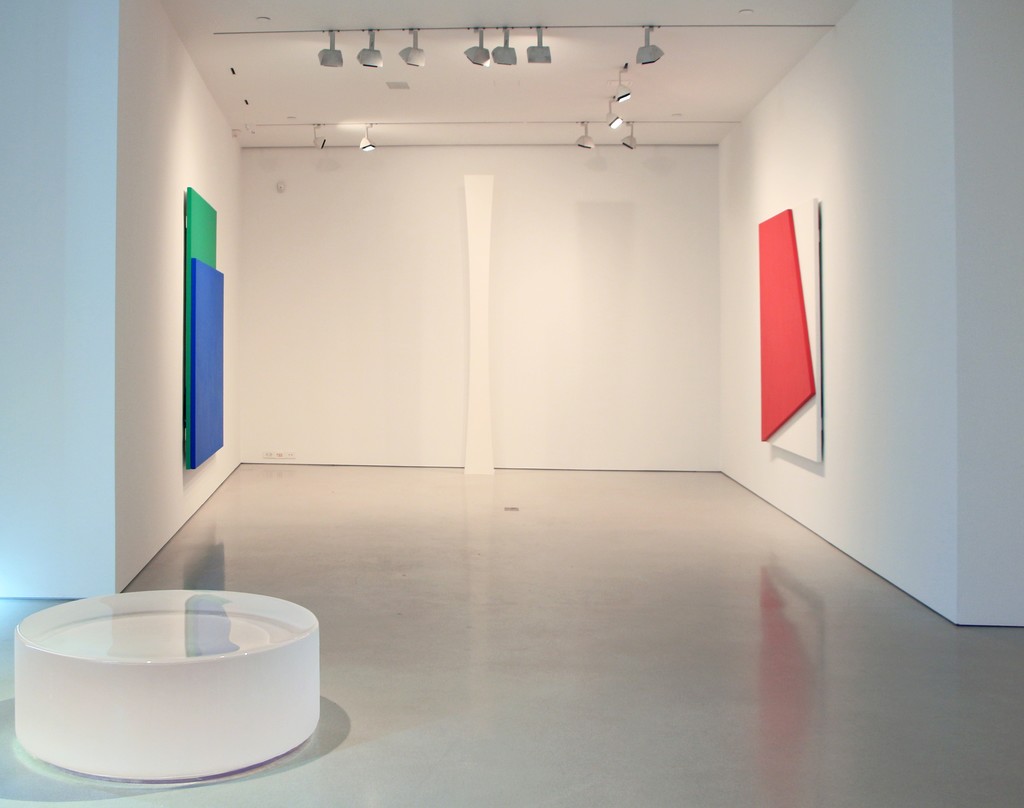 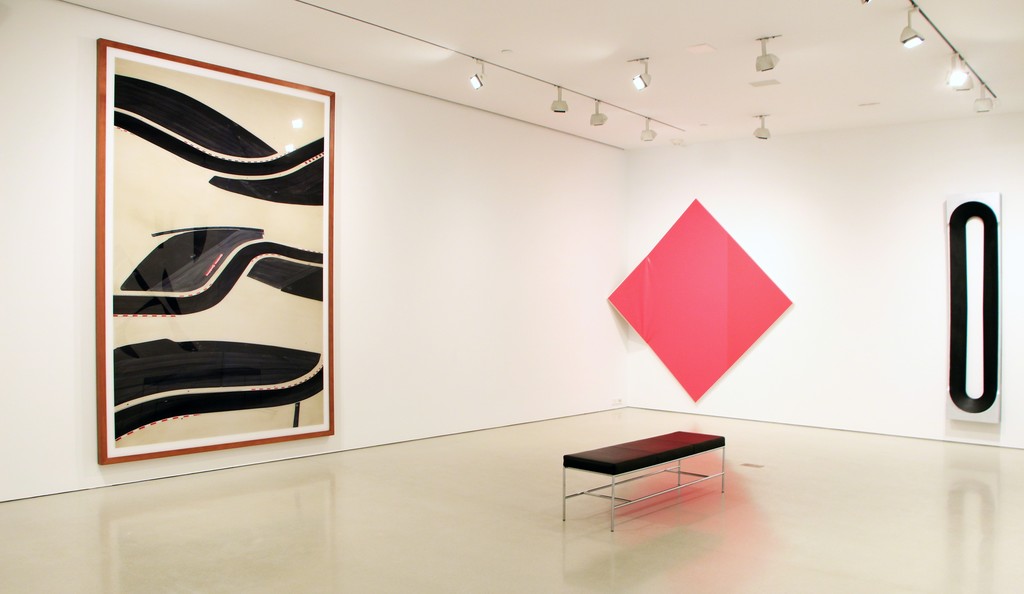 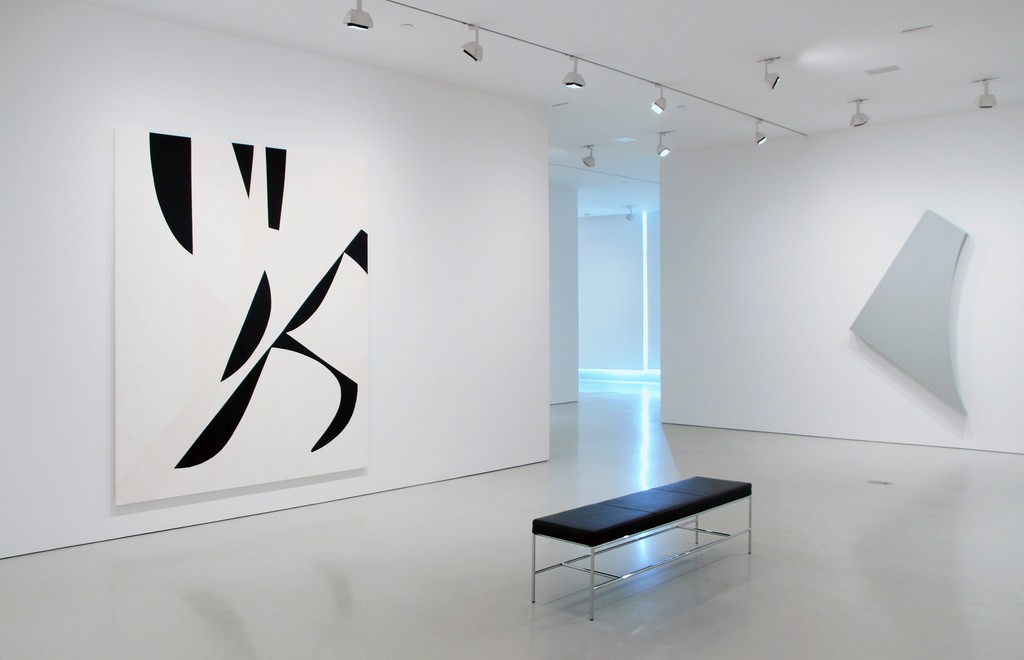 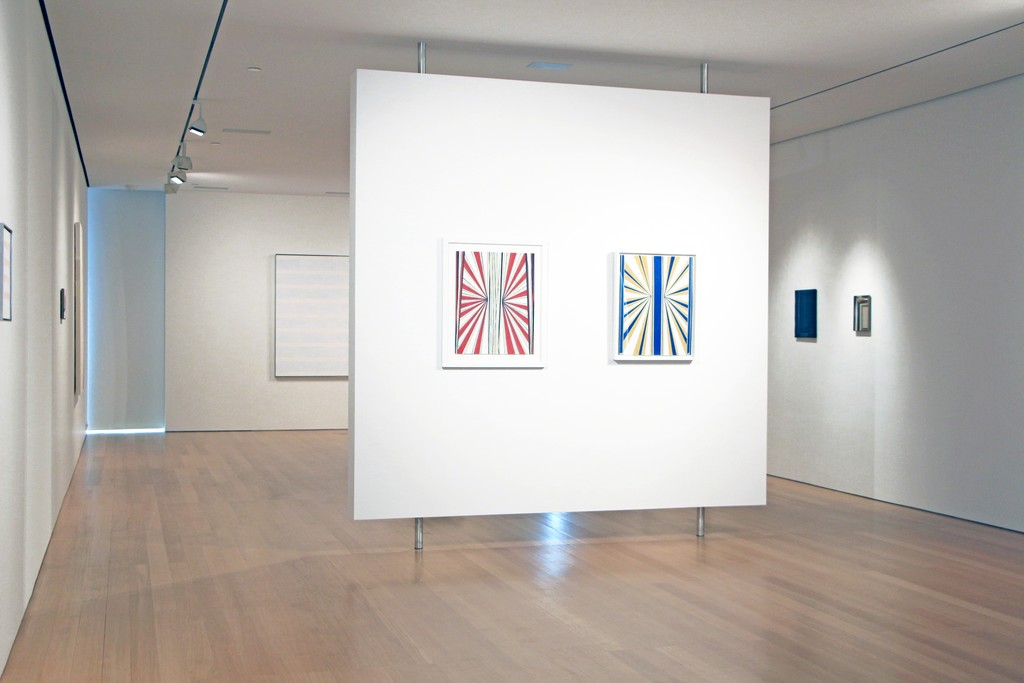 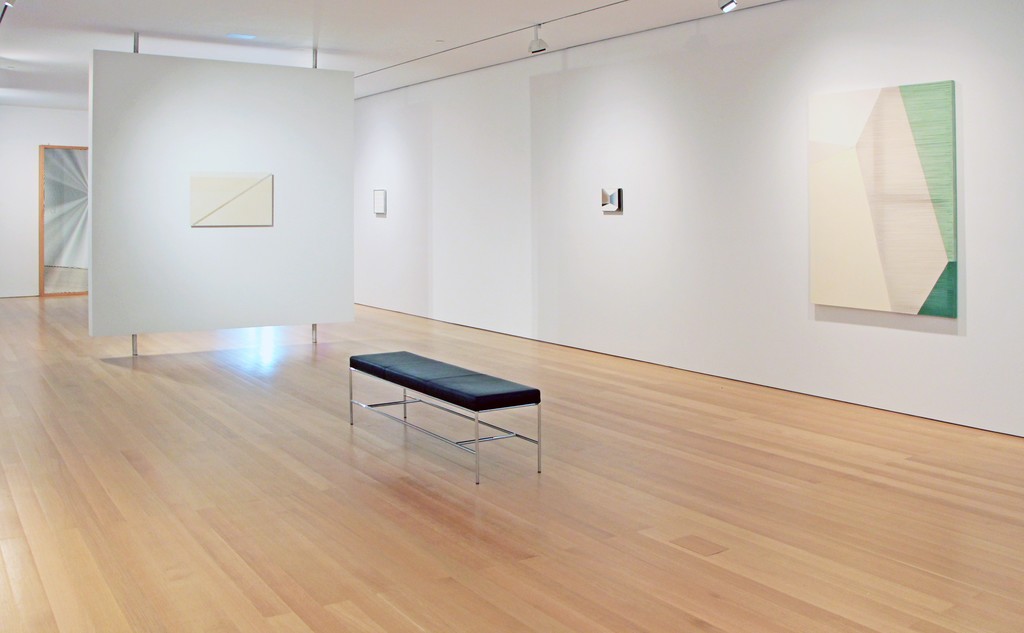 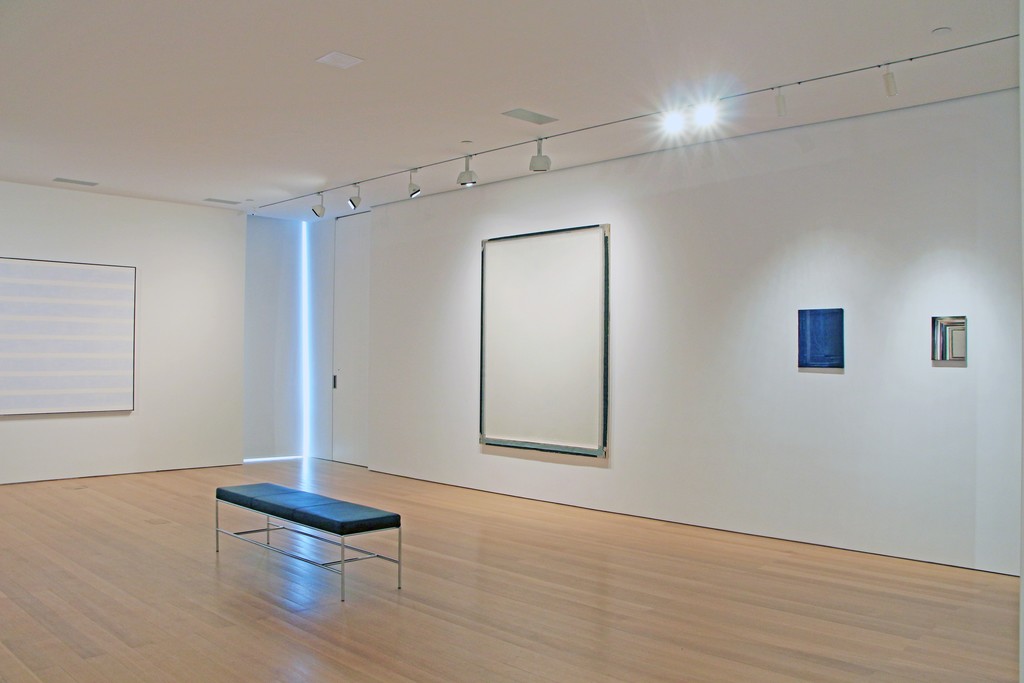 The FLAG Art Foundation is pleased to announce Space Between, an exhibition featuring cross-generational artists whose works in contemporary abstraction investigate the seams, tears, and edges between two and three dimensions. The exhibition, curated by Louis Grachos, Executive Director of The Contemporary Austin, and Stephanie Roach, Director of The FLAG Art Foundation, will be on view June 3 – August 14, 2015 on FLAG’s 9th and 10th floors. Artists include:

Kelly’s layered canvases depart from the artist’s iconic flat-colored geometric compositions, combining color, shadow, and shape to create new dimension. Sadie Benning and Julia Rommel connect with the hard-edge color-field abstraction of the 1960’s, pushing outward against the edges of the canvas through their innovative use of materials. Kaz Oshiro’s sculptural painting contorts the physical plane of the canvas, playfully breaking the traditional hard edges in a brilliant shade of hot pink. Rebecca Ward and Wyatt Kahn further deconstruct the canvas and frame (at times thread by thread) to build new compositions. Jim Hodges, Roni Horn, and Rachel Whiteread explore implied space and transitional edges through their sublime translucent works. Agnes Martin’s hand-drawn grids, both delicate and austere, are ‘all-over’ compositions that impart order and dimension to canvas. R. H. Quaytman infuses abstraction with the architecture, history, and poetics of the specific space, themes that appear in the monumental photographic works of Thomas Demand and Andreas Gursky.

“Through a focused selection of work, Space Between contemplates the poetic and creative potential for abstraction to flirt and dance with the edges of opticality and experience, synthesizing a new space for the viewer,” states curator Louis Grachos.

About:
Louis Grachos has been the Ernest and Sarah Butler Executive Director at The Contemporary Austin since 2013, and is known for his groundbreaking curatorial work and arts administration. Previously, Grachos served as Director of Albright-Knox Art Gallery in Buffalo, NY, from 2003-2012. Grachos has held curatorial and administrative positions at the Americas Society Visual Arts Program, New York; the Queens Museum of Art, NY; the Center for Fine Arts, Miami; the Museum of Contemporary Art, San Diego; and SITE Santa Fe. A passionate advocate for the arts, Grachos has more than thirty years of experience in the museum field supporting contemporary art. He is committed to community collaborations, with a focus on arts education and outreach programming, and consistently strives to create an artist centric institutional culture.

Stephanie Roach has been the Director of The FLAG Art Foundation since the institution’s founding in 2008 where she has developed over 35 exhibitions featuring more than 350 established and emerging international artists. Exhibitions curated include One, Another, 2011, at FLAG; Losing My Religion in Young Curators, New Ideas IV , 2012, at Meulensteen Gallery, New York. She was on the Curatorial Advisory Committee for the Moving Image Art Fair in 2012 and the jury panel for the New York Academy of Art Seventh Annual Summer Exhibition in 2013. She is a member of the Leadership Circle at the Institute of Contemporary Art at the University of Philadelphia and Special Advisor to the Lincoln Center Vera List Art Project.